After witnessing the Great American Eclipse, I had some free time to kill before the fall colors came to Colorado.  Without hesitation, I knew I wanted to see the Pacific Northwest again.  It is, by far, one of my favorite places in the entire country.  Little did I know what was about to unfold...

For the entire duration of my roadtrip, wildfire smoke has been a major problem.  Even in South Dakota, the sun was nearly blocked out by the thick clouds of smoke at sunset!  This intense smoke was casting a pall over the entire country! 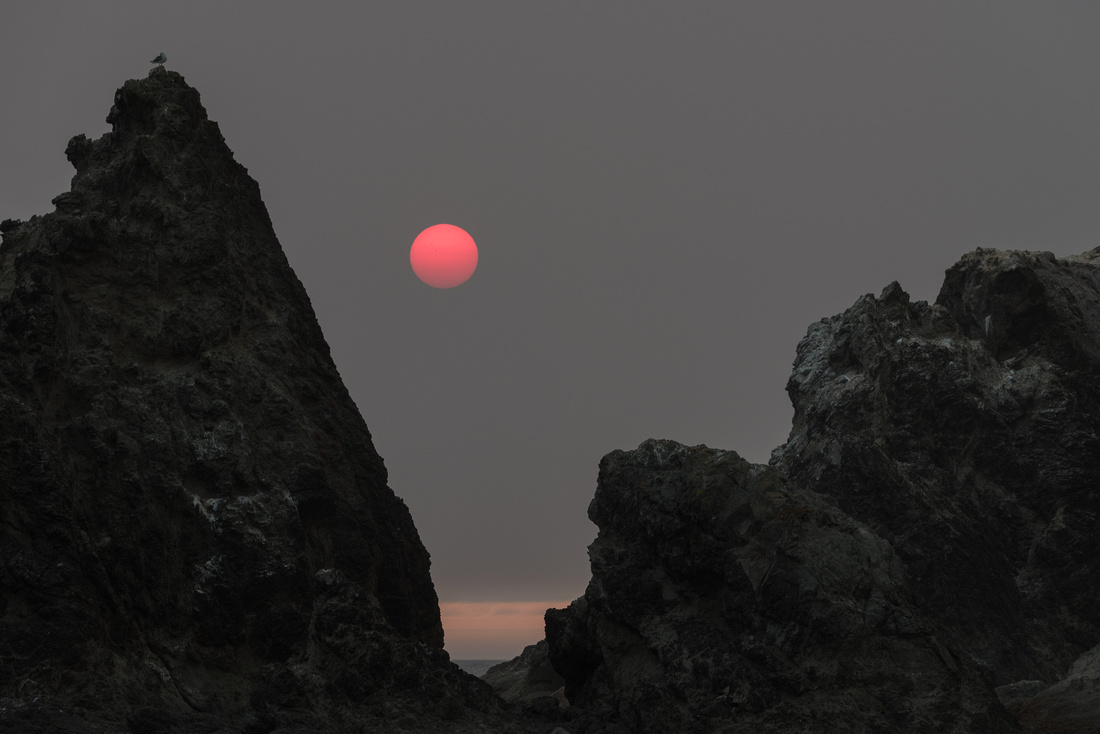 En route to Bend, Oregon I stopped at Craters of the Moon.  I really didn't know what to expect, but I had heard good things!  While driving through the barren Idaho landscape at twilight, I felt like I was a traveler on a distant planet.  I could see vast mountain ranges, weird rock outcroppings, and circles of light on the horizon.  It reminded me of human colonies on a foreign world.  The next morning I finished the drive to Craters of the Moon.  As I approached the park entrance I saw black fields of lava stretching off for miles.  This park is centered around some volcanoes that erupted years ago.  Craters of the Moon's main attractions are the numerous caves.  One cave requires you to crawl in, while another has high ceilings and goes on for quite a while!  It was really cool to experience these ancient lava caves, which brought cool relief on a hot summer day! 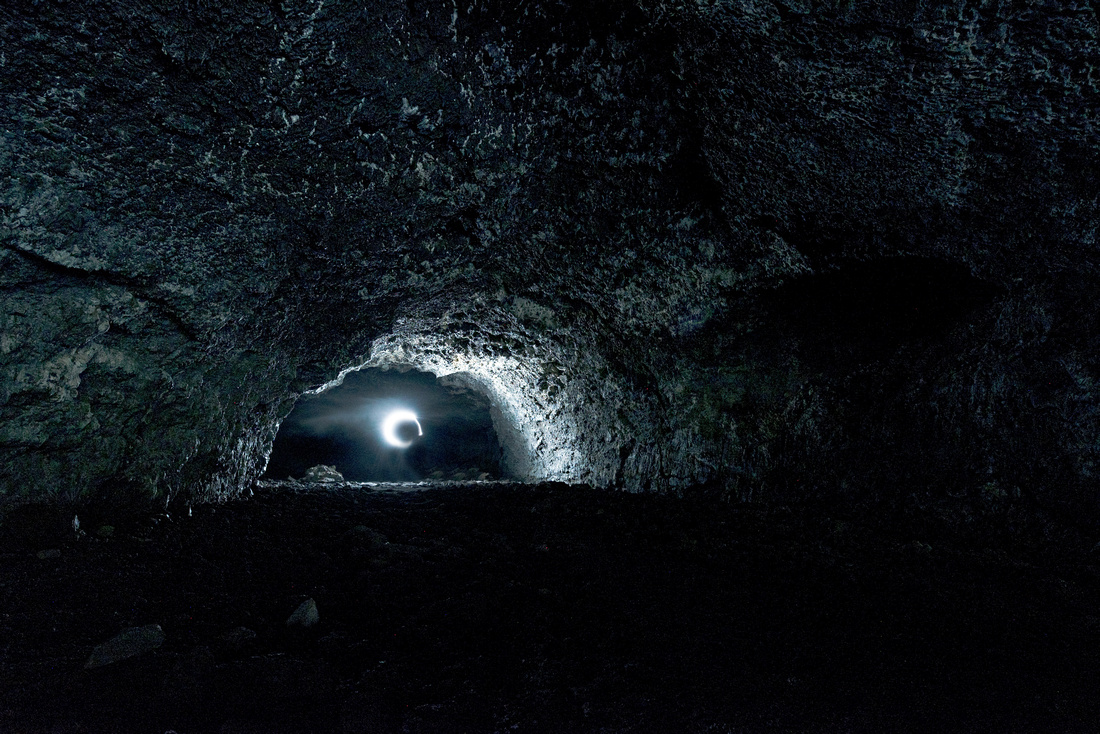 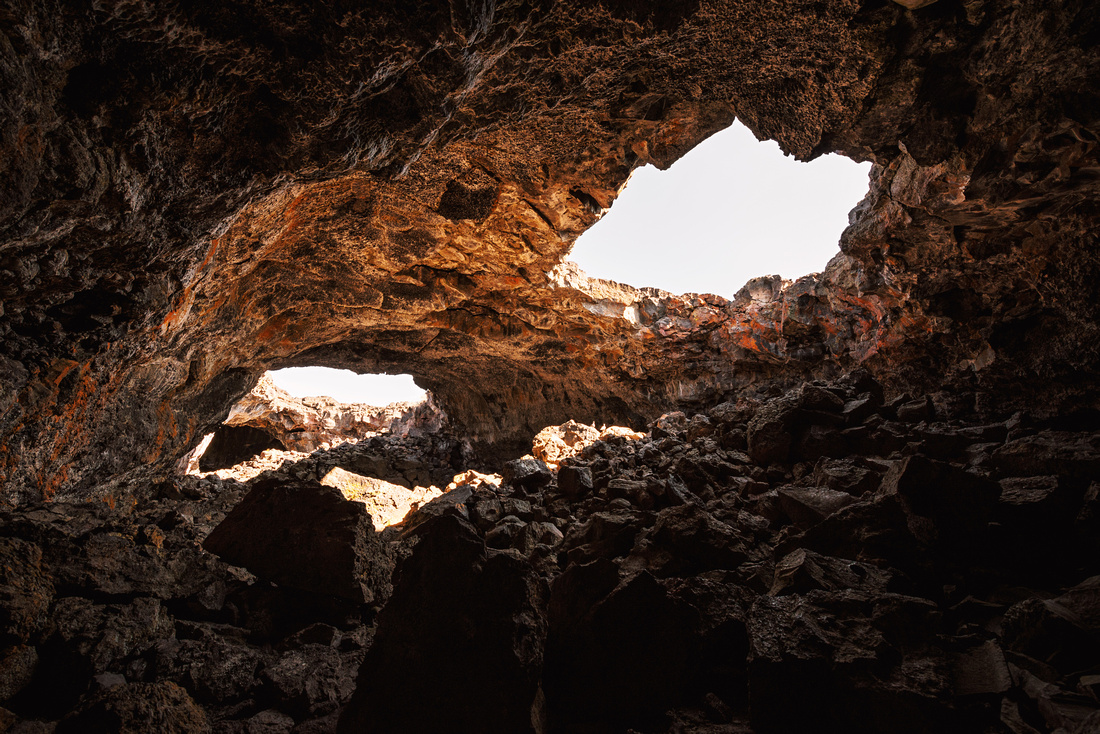 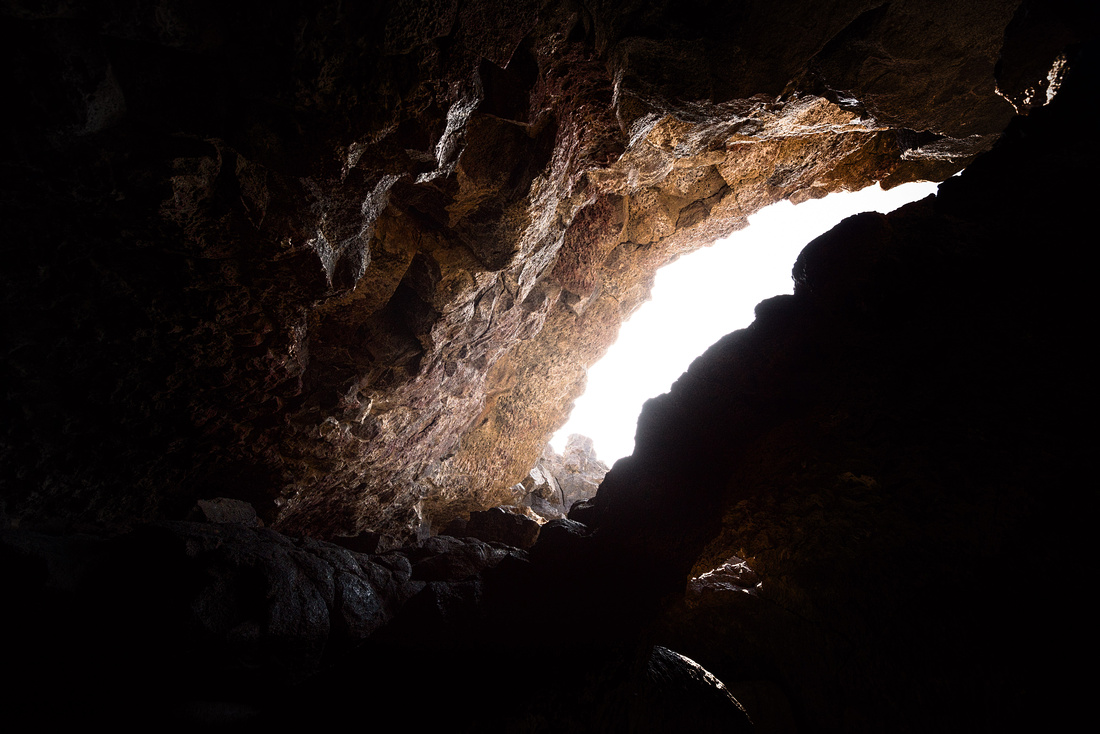 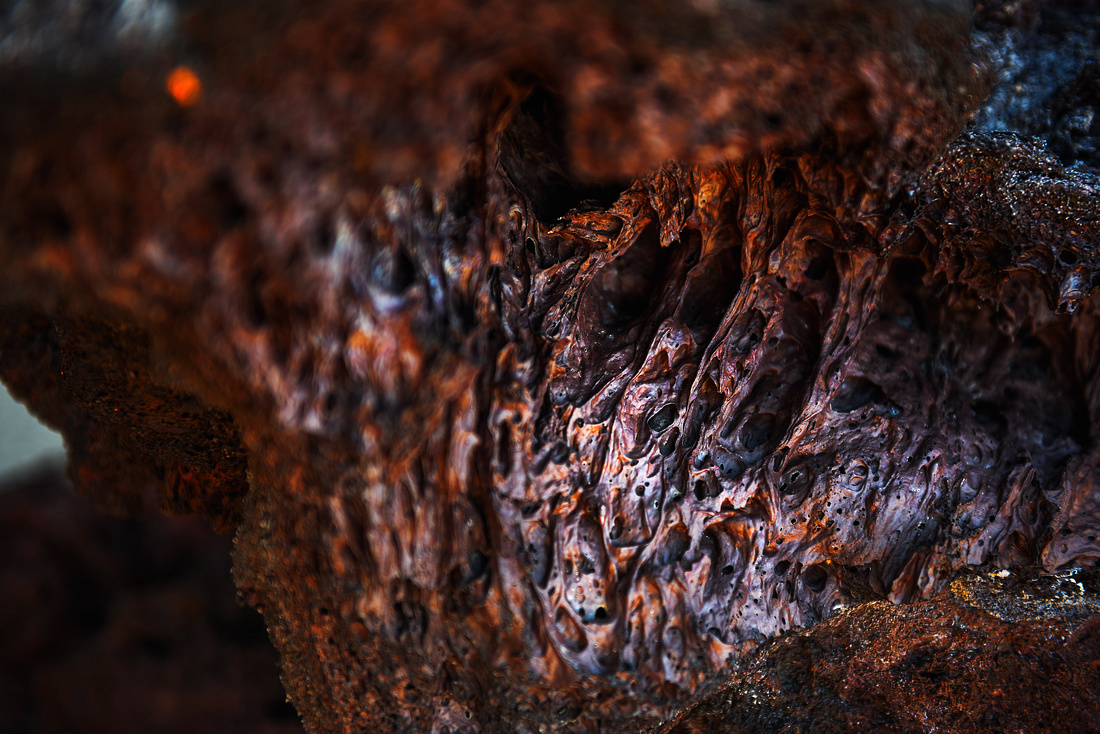 My next destination was Bend, Oregon.  The drive was largely uneventful, until sunset.  The wildfires and smoke caused a hellish sunset in the badlands of Oregon.  I couldn't believe my eyes! 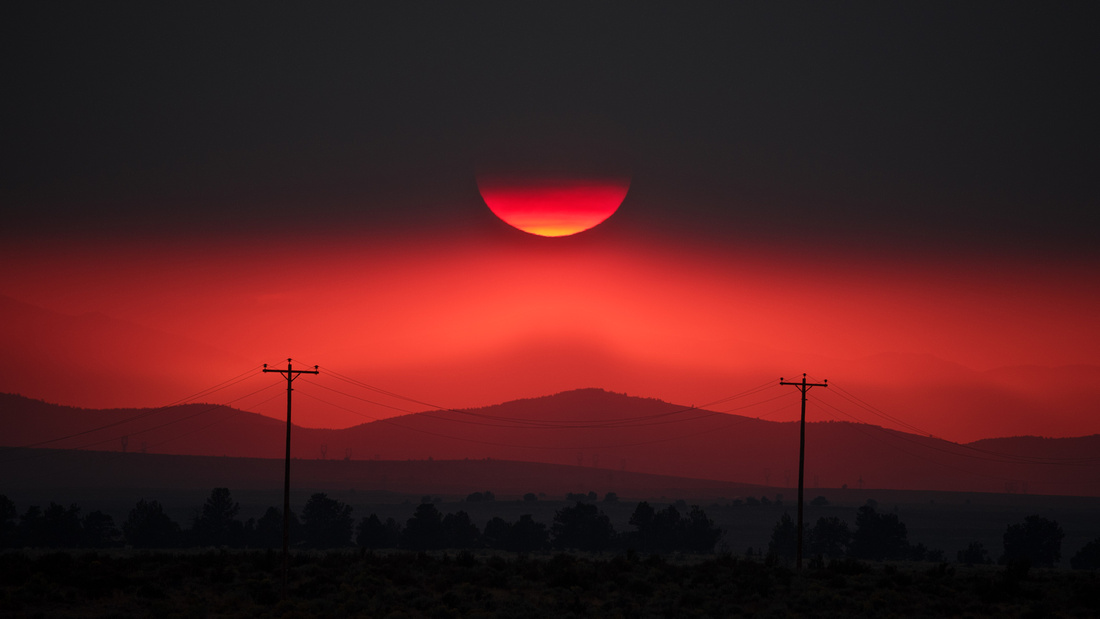 I spent the next day exploring Bend, but quickly realized it was too hot and too dry for my liking.  It was time to continue on to the Columbia River Gorge!  Along the way, I stopped at Trillium Lake, near Mount Hood.  On my 2016 roadtrip I came here for sunrise, but thick clouds shrouded Mount Hood entirely.  Thankfully the skies were clear on this night.  Some people even lit a campfire, which seemed awfully ill-advised, considering the current wildfire situation.  Surprisingly, no rangers showed up. 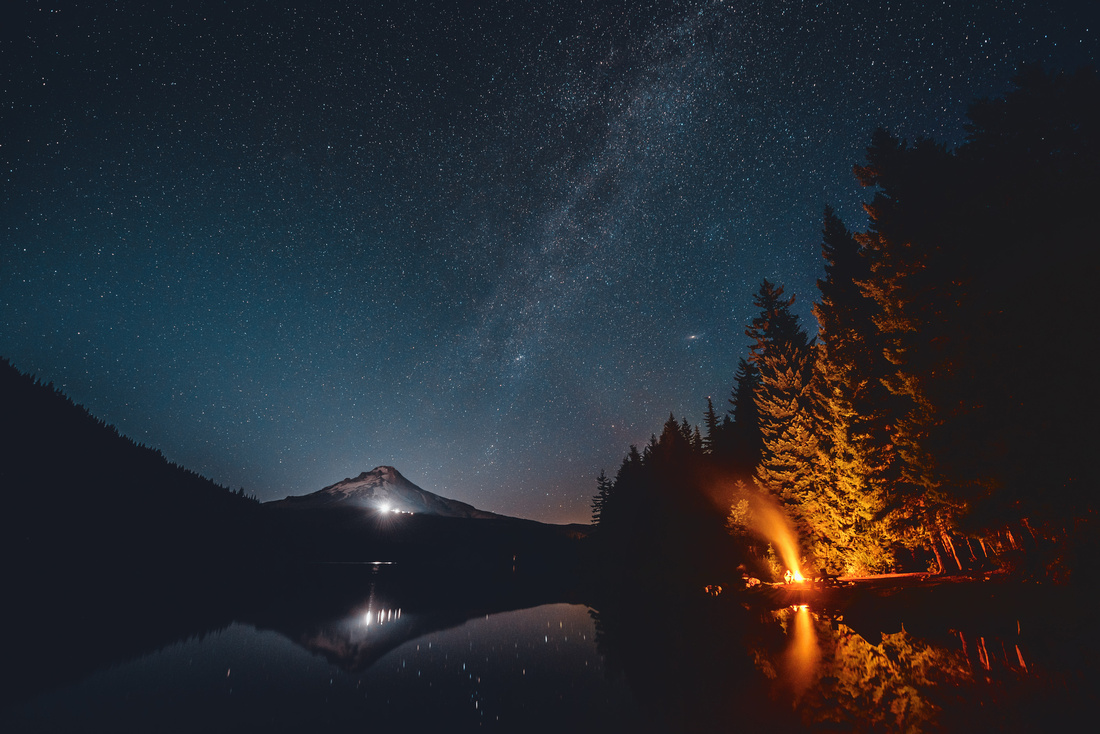 The following morning I watched a relatively uneventful sunrise at Trillium Lake and continued on to the Columbia River Gorge.  The weather forecast was calling for 100+ degree temps the whole week!  I thought the PNW was supposed to be cool and rainy! 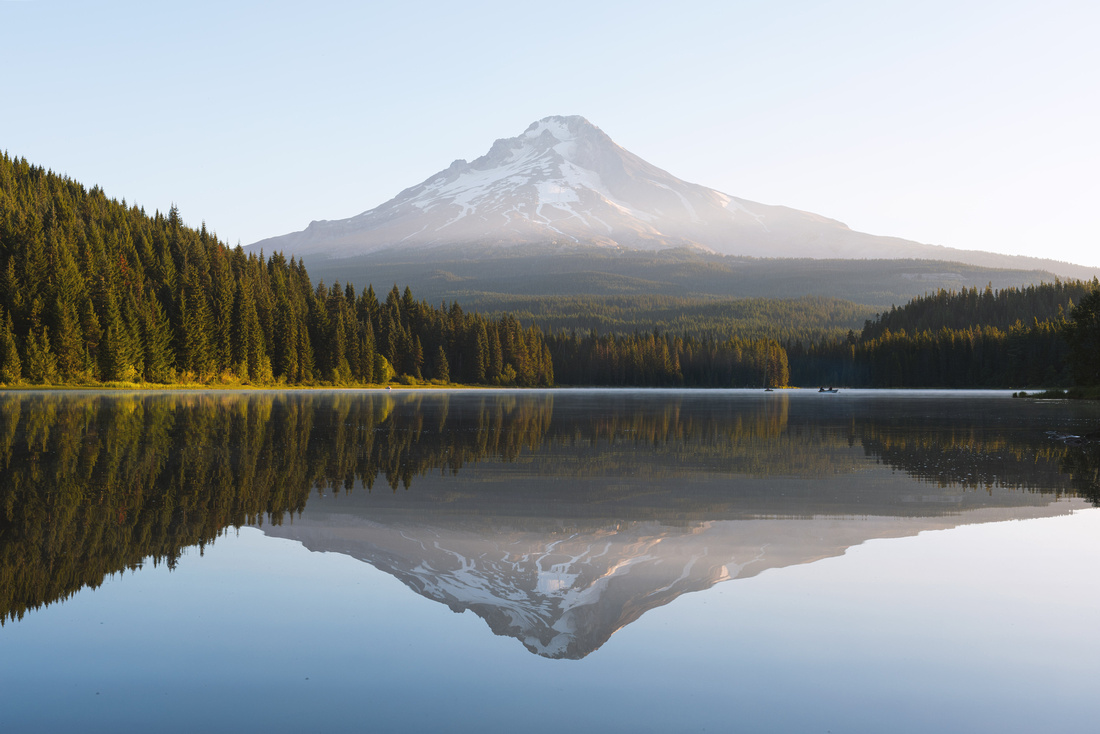 Trillium LakeA serene morning at Trillium Lake, in northern Oregon. Mount Hood can be seen reflecting in the calm water

It felt great to be back in the Columbia River Gorge, my favorite place in the country.  Towering, ancient trees covered in moss.  Steep canyons.  Lush waterfalls.  Home.  Of course I re-visited my favorite waterfalls, including: Panther Creek Falls, Spirit Falls, Falls Creek Falls, Wahclella Falls, Oneonta Falls, and more! 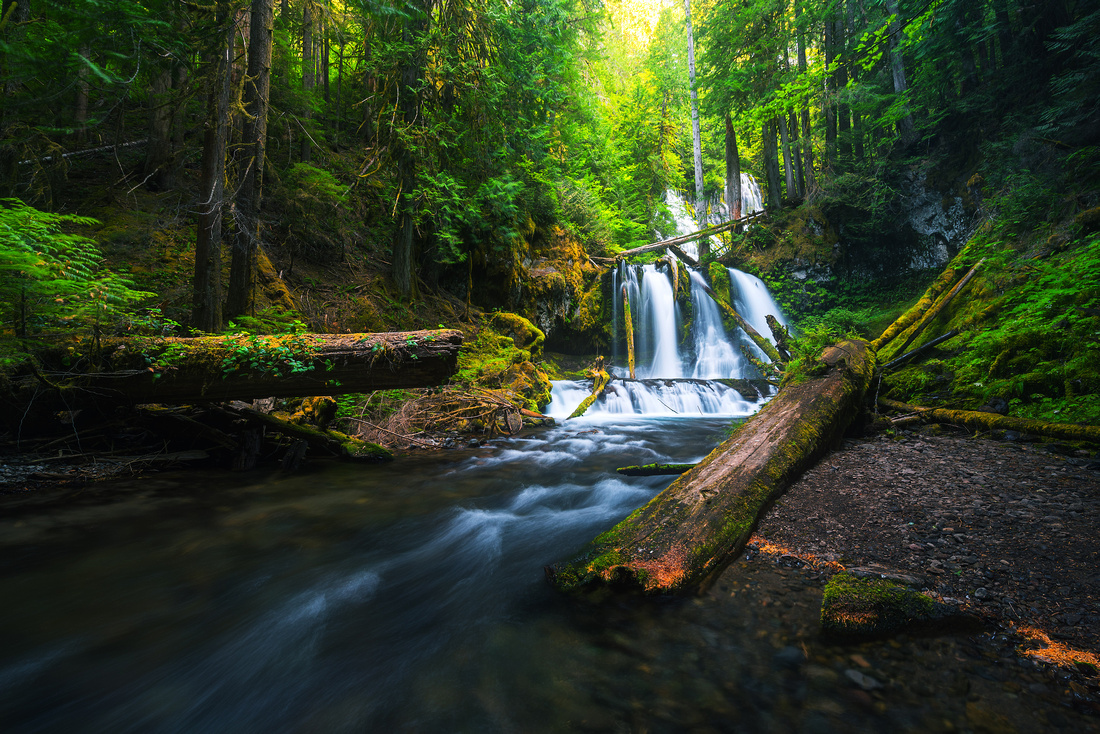 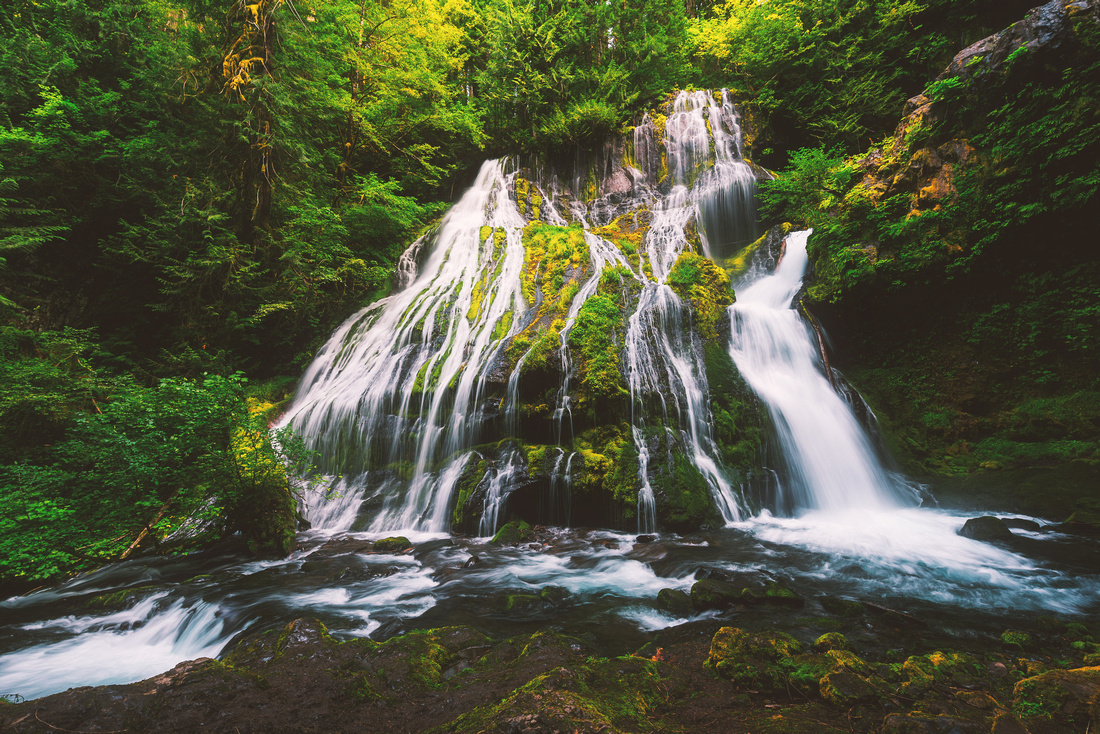 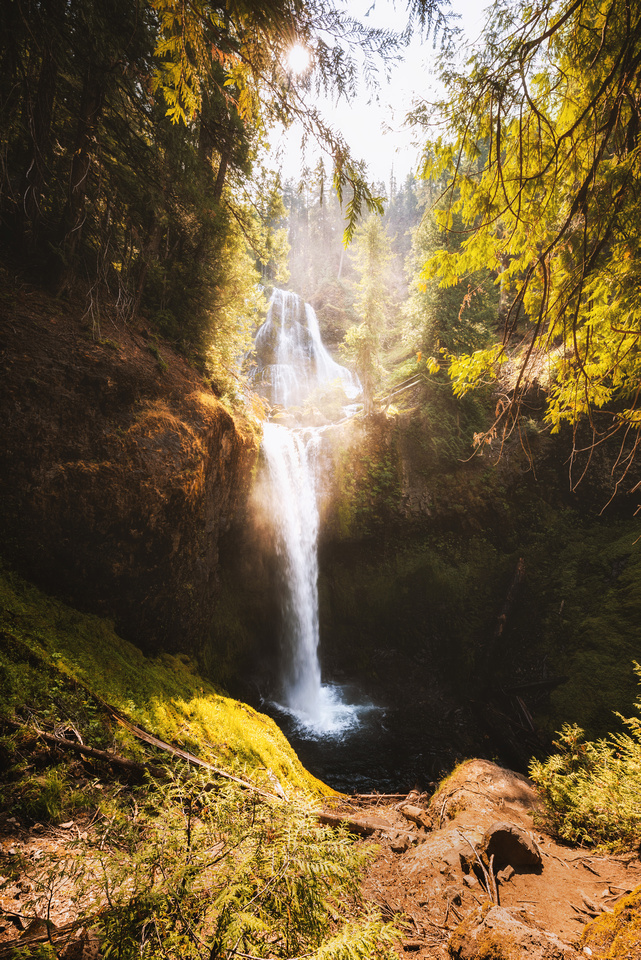 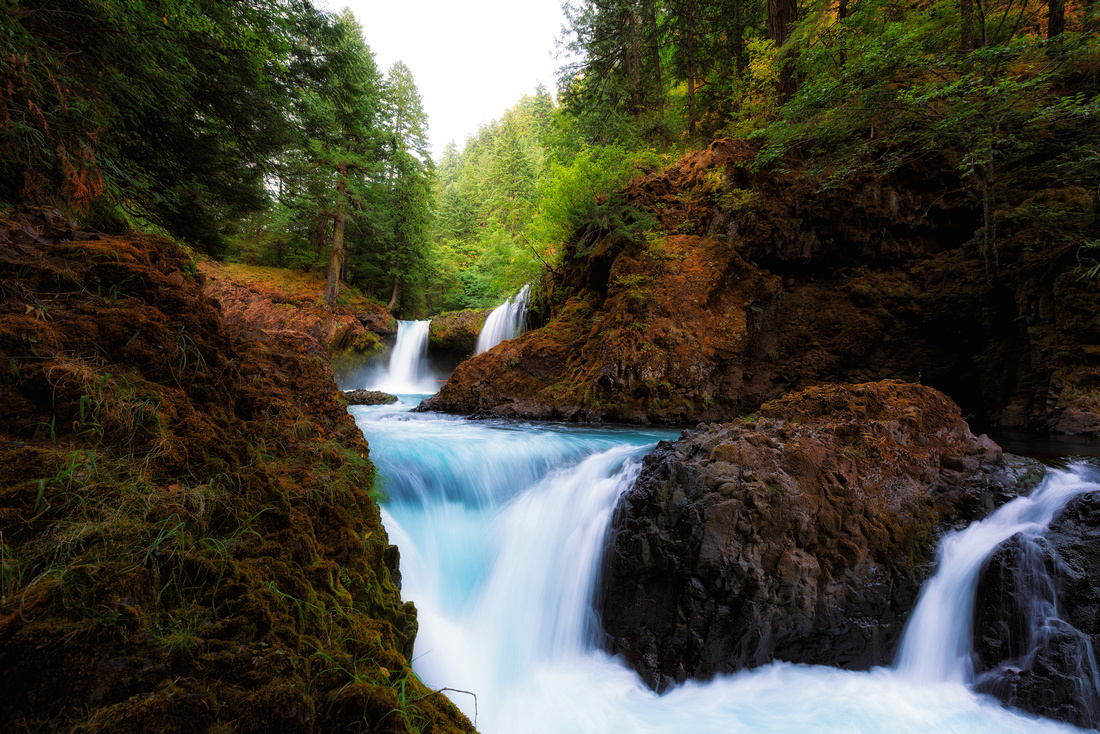 I even had the opportunity to do the Lower Oneonta Gorge hike!  This hike follows the gorge up over a massive logjam and through 4+ feet deep water to the waterfall itself.  Golden light streamed down through the top of the canyon, lighting up the canyon walls! 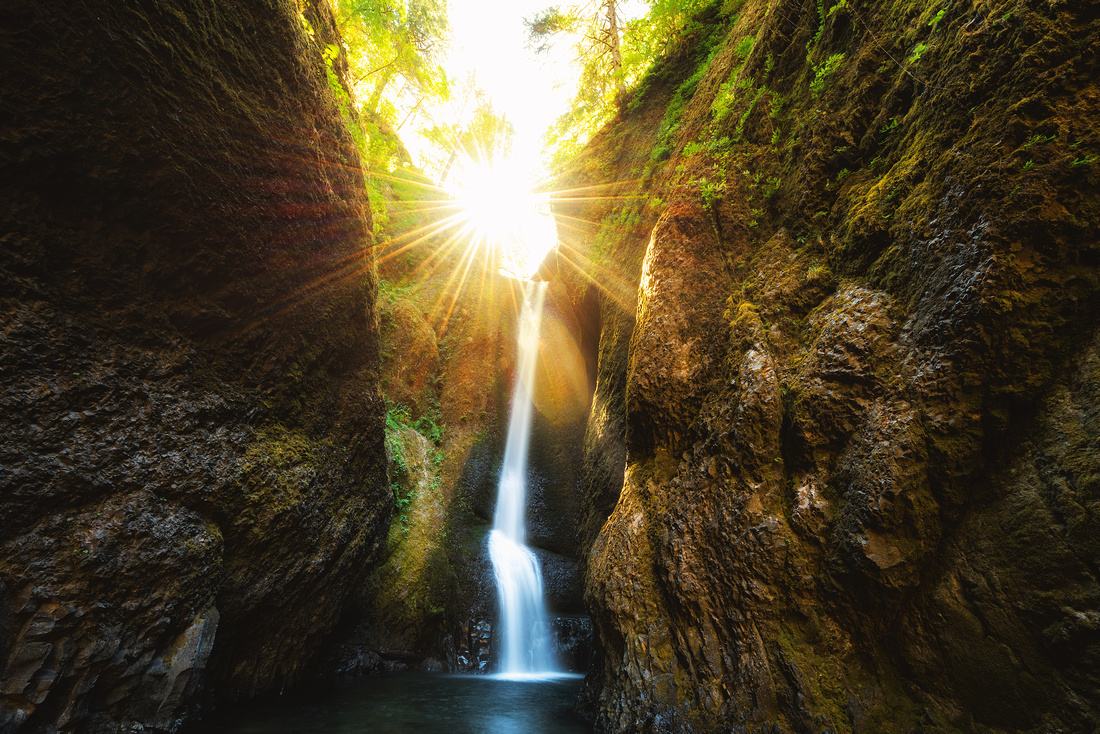 I also visited Lower Lewis Falls for the first time.  I had originally seen a photo of this beautiful spot from a local photographer, Brad Lee Dale.  The view was magnificent!  The water glowed in the golden afternoon light, almost like a painting!  The area around the falls was very unique.  A massive rock shelf allows people to walk around near the falls, in ankle deep water.  For the next hour I tried finding different compositions, hoping to get the perfect shot before the light faded. 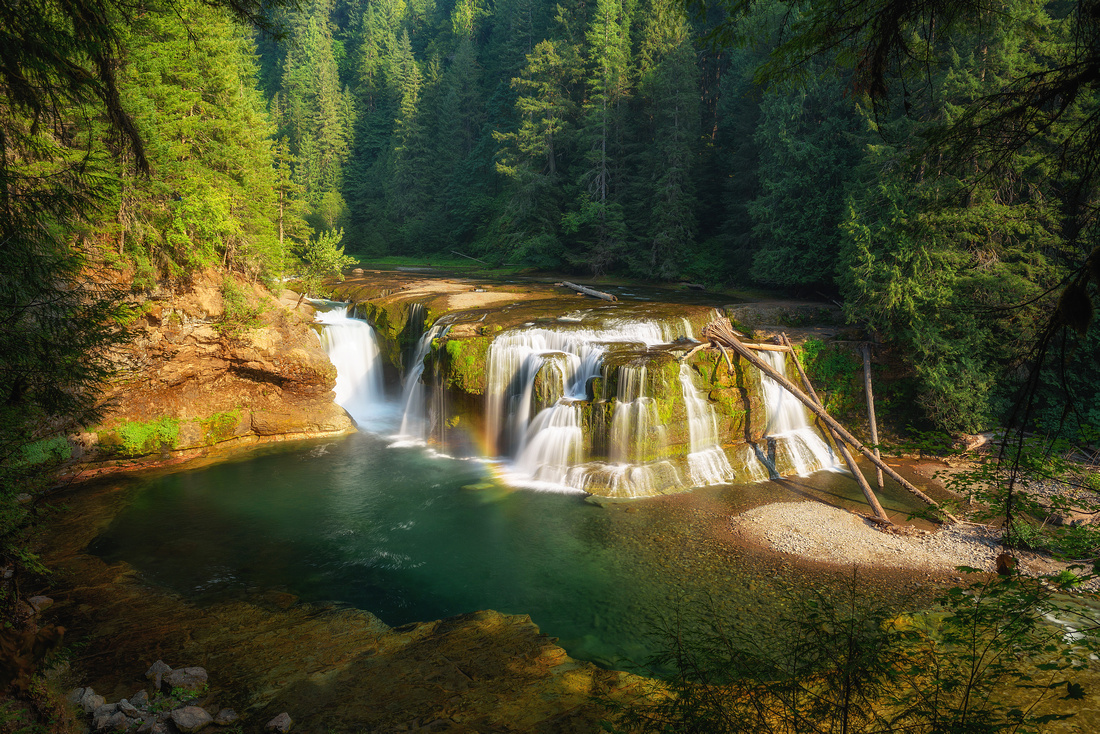 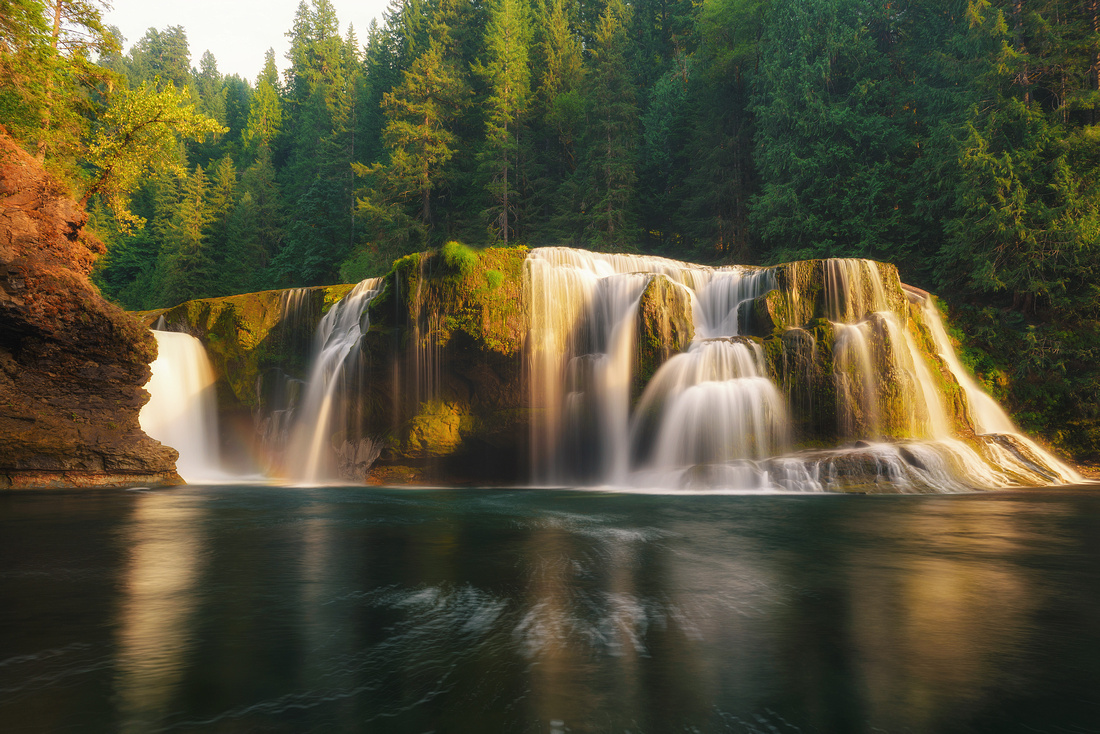 As I was walking to another spot, I slipped on the rocks and fell forward, tripod and camera in hand.  My tripod leg extended out and completely broke off, causing me to fall in the water.  Thankfully I managed to hold my camera an inch above the water, while banging up my knees in the process.  After assessing the damage, I realized my tripod was a total loss.  That meant no more waterfall photos, Milky Way photos, or anything else really.  Bruised and defeated, I drove back to Stevenson Washington. 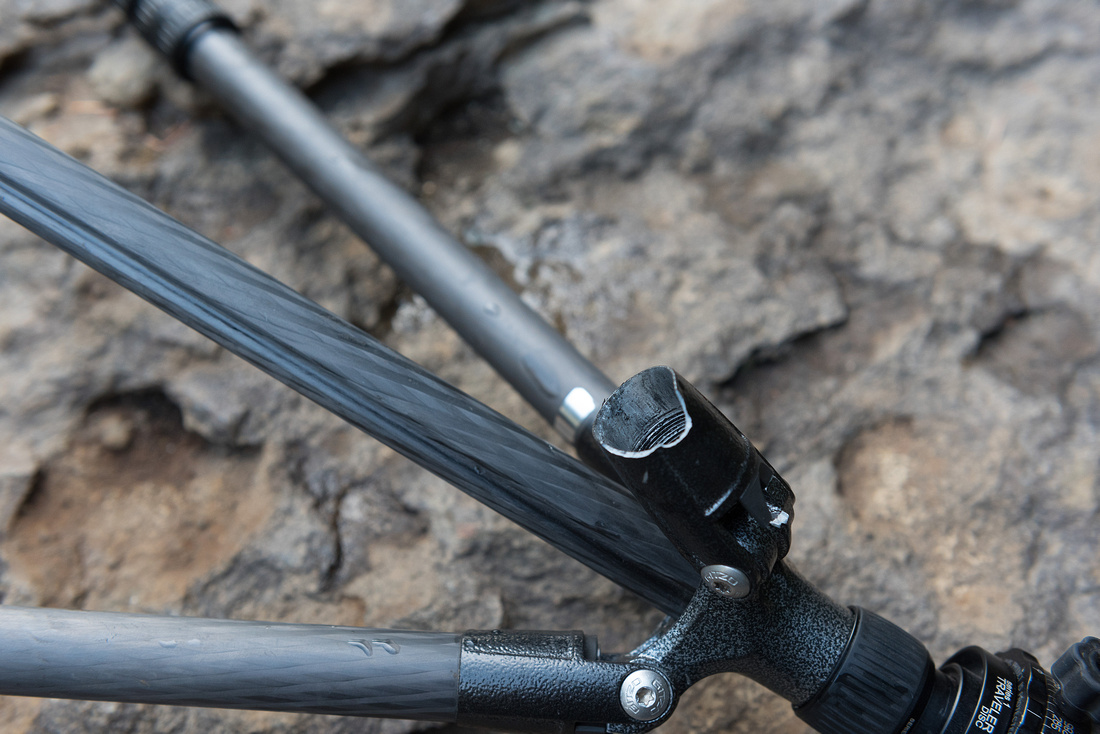 After 2 days off, waiting for my new tripod to arrive, I was ready to head back into the wilderness!  Now I could get back into the Columbia River Gorge and see my favorite waterfalls again! 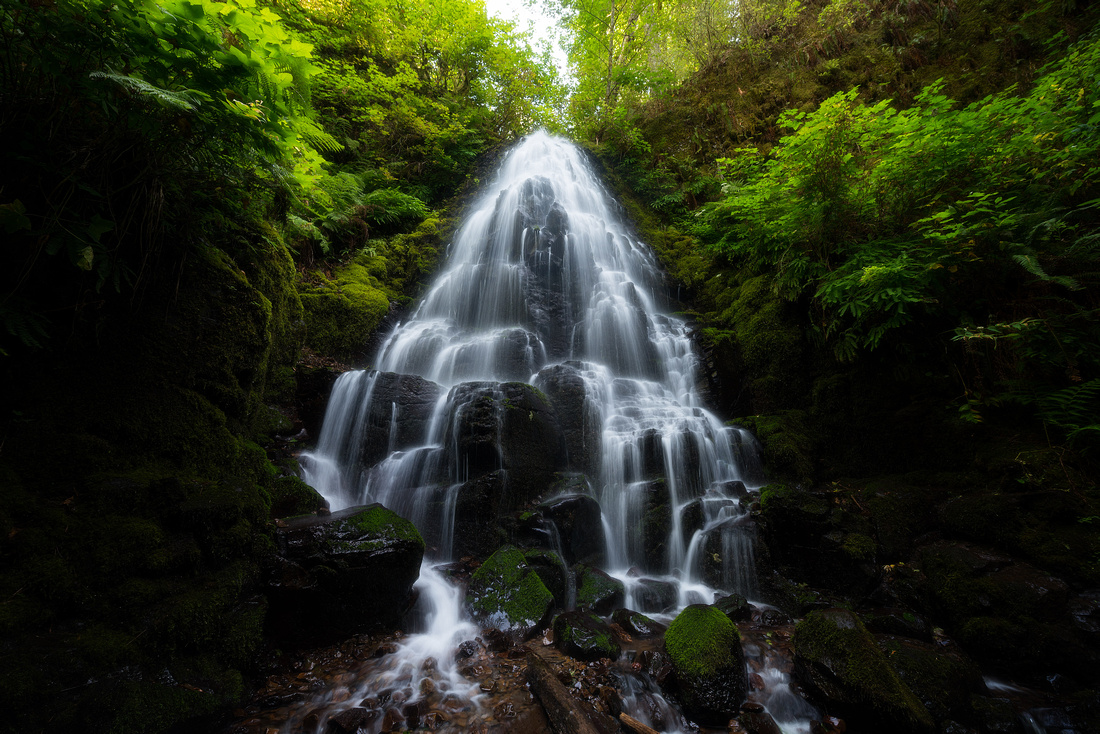 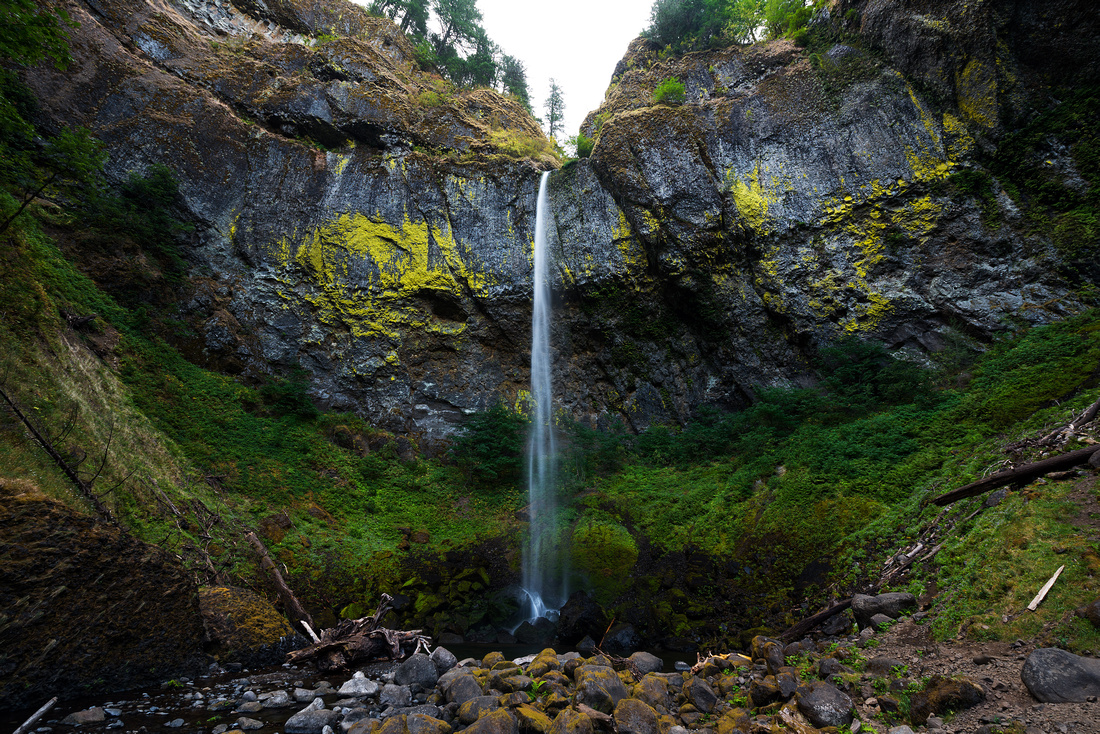 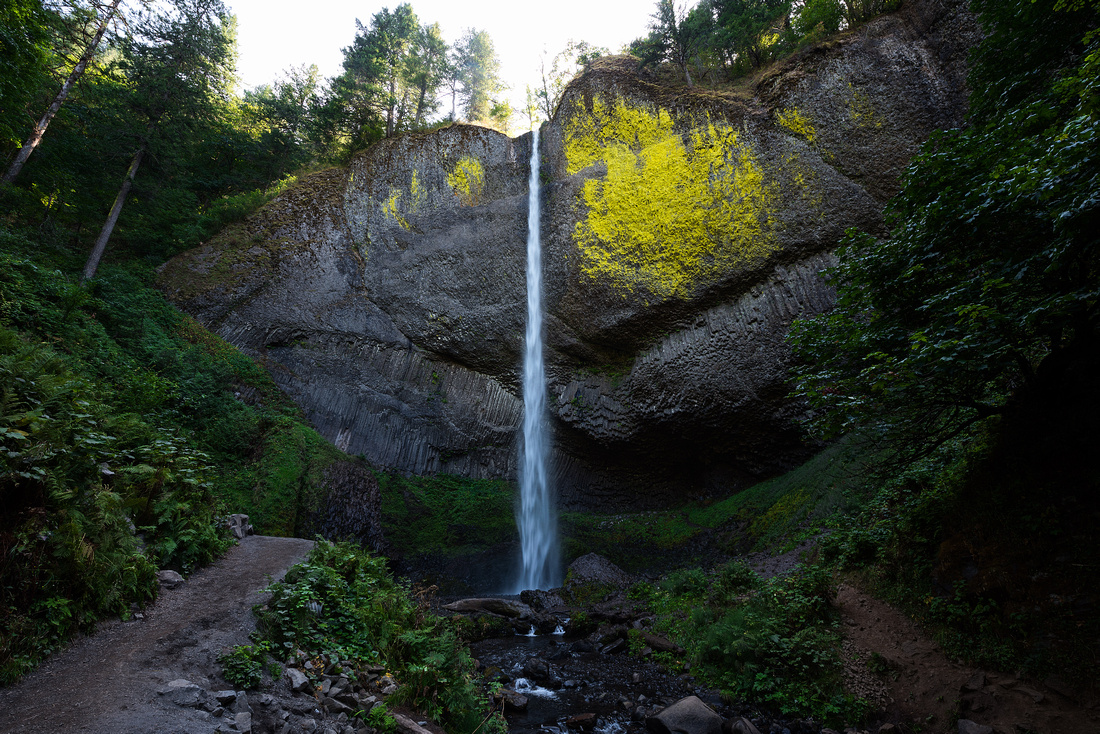 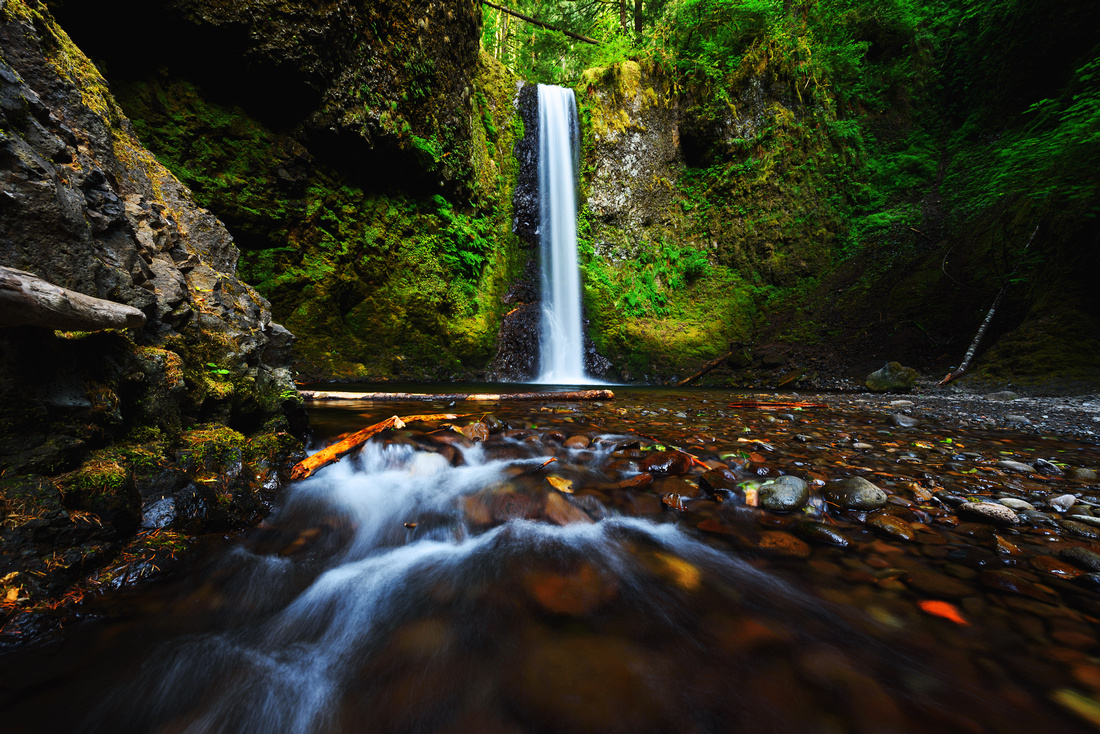 Unfortunately, I've got a very tight schedule.  I need to be back in Colorado by mid-September for the fall colors, which doesn't leave a lot of time to explore Oregon and Washington.  I now realize I should've devoted more time to this majestic place.  Within days of leaving the Columbia River Gorge I was shocked and saddened to see it had caught fire!!  Apparently some teenagers were throwing firecrackers into Punchbowl Falls, which sparked the massive blaze.  Hopefully the damage isn't catastrophic, but after seeing images of the blaze, it's hard to imagine a different outcome. 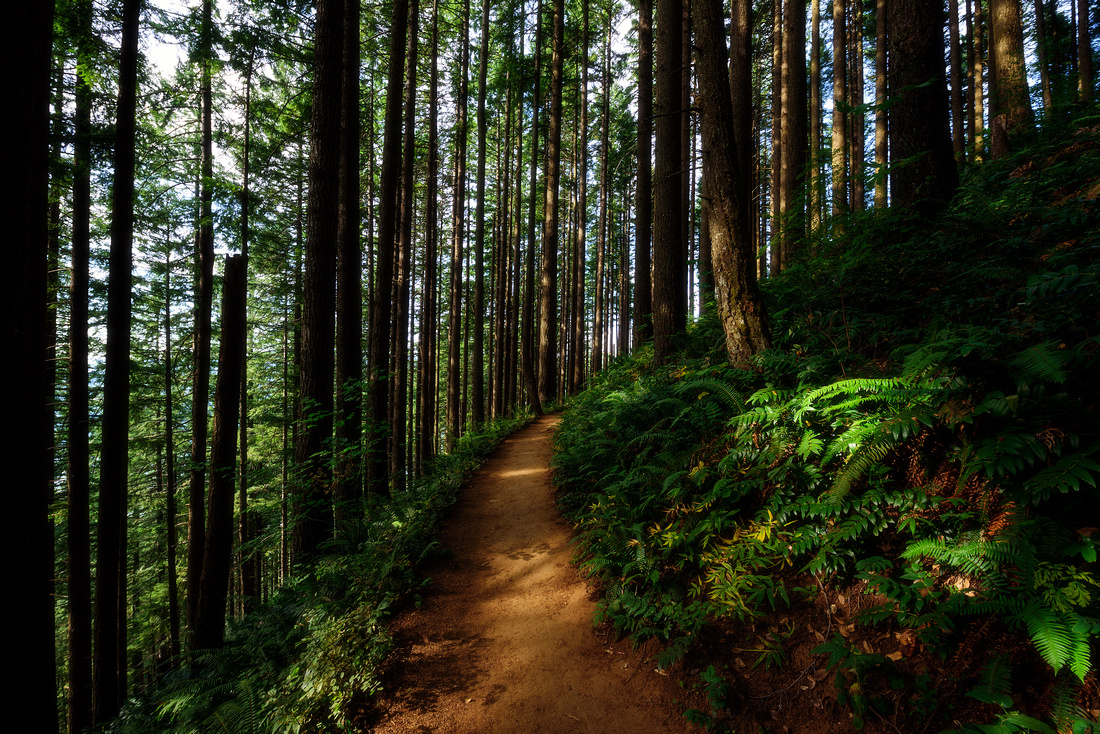 Without realizing what was happening in the Gorge, I began the long drive down the Oregon coast.  Of course, I had to stay a night in Astoria, where the Goonies was filmed.  The next day I drove down the coast to Tillamook, Oregon.  If you are passing through, be sure to stop at the Tillamook Cheese Factory.  They have excellent cheese, ice cream, yogurt, and sandwiches!

For sunset, I drove over to Oceanside.  While I was photographing the waves, I noticed a tunnel in the massive rock wall at the north end of the beach.  Intrigued, I went over to check it out.  Apparently someone had blasted a hole all the way through, to a hidden beach on the other side! 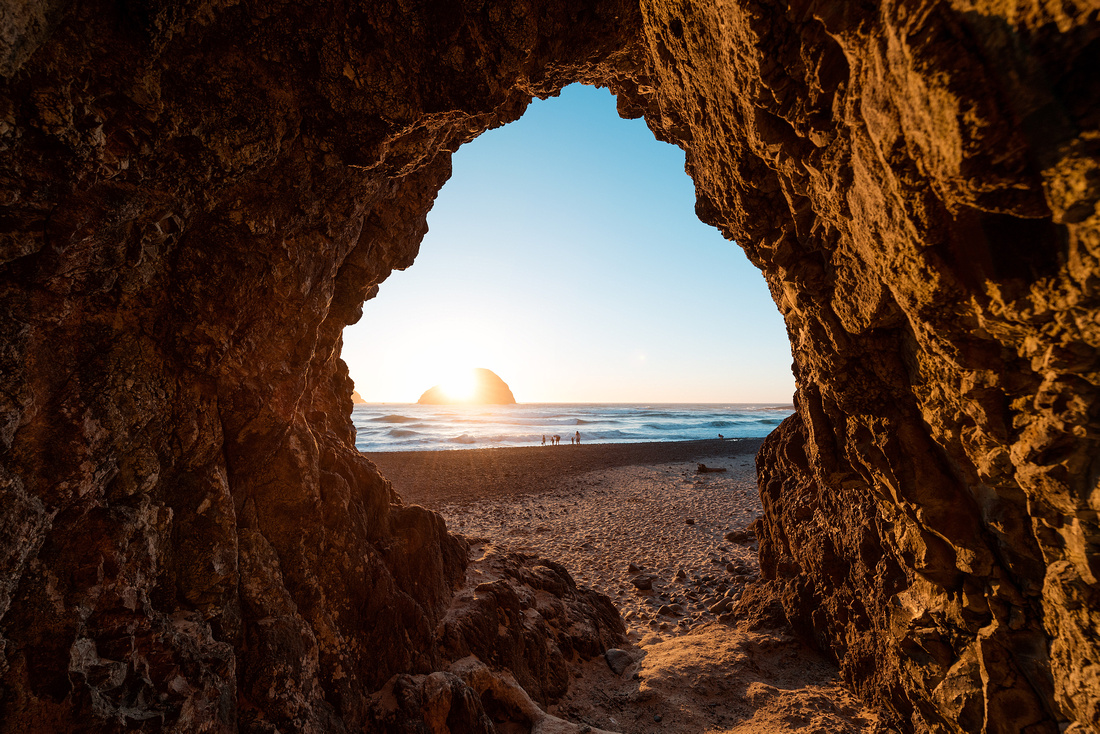 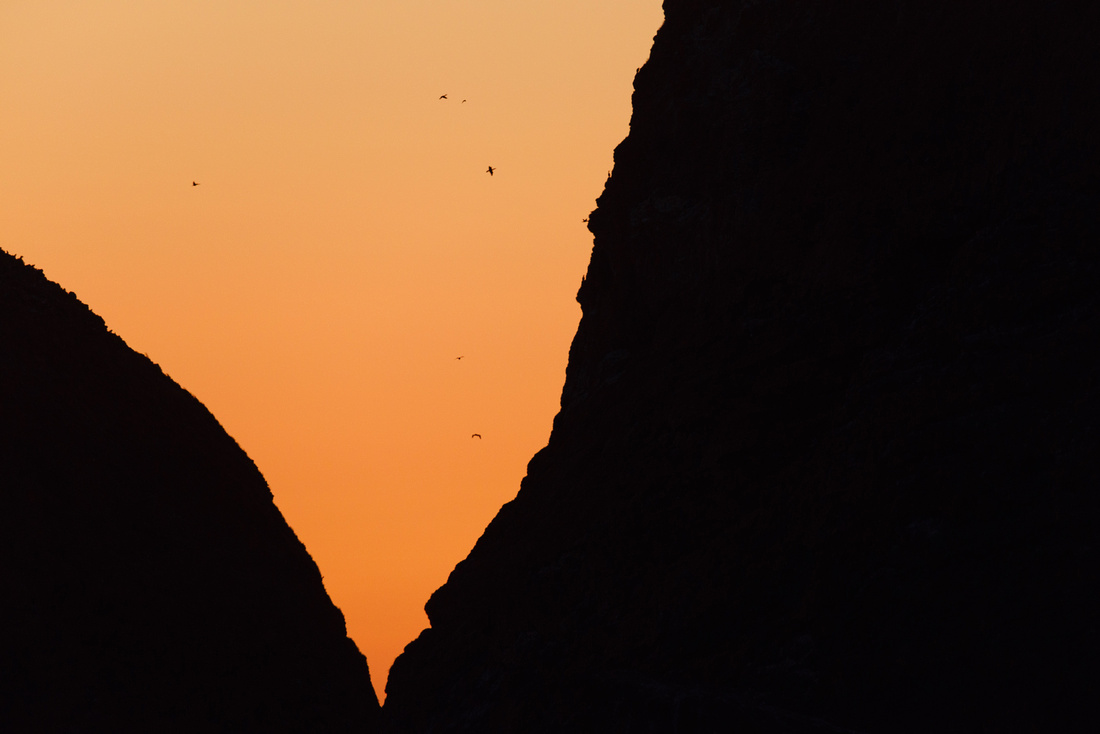 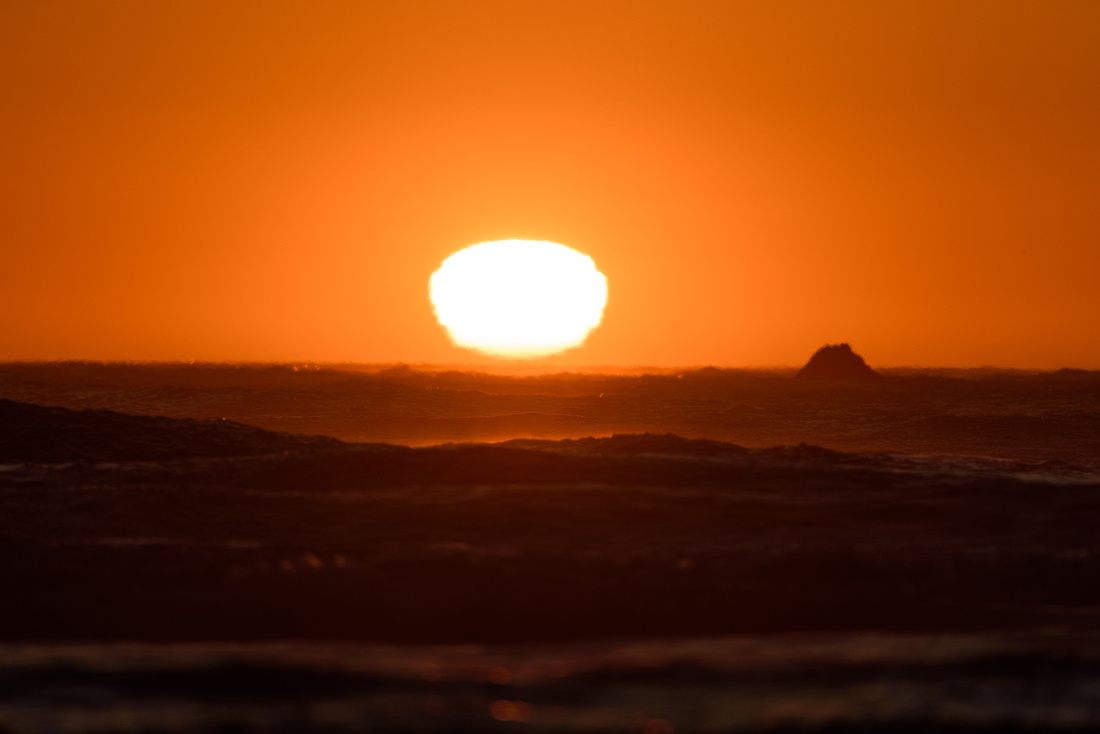 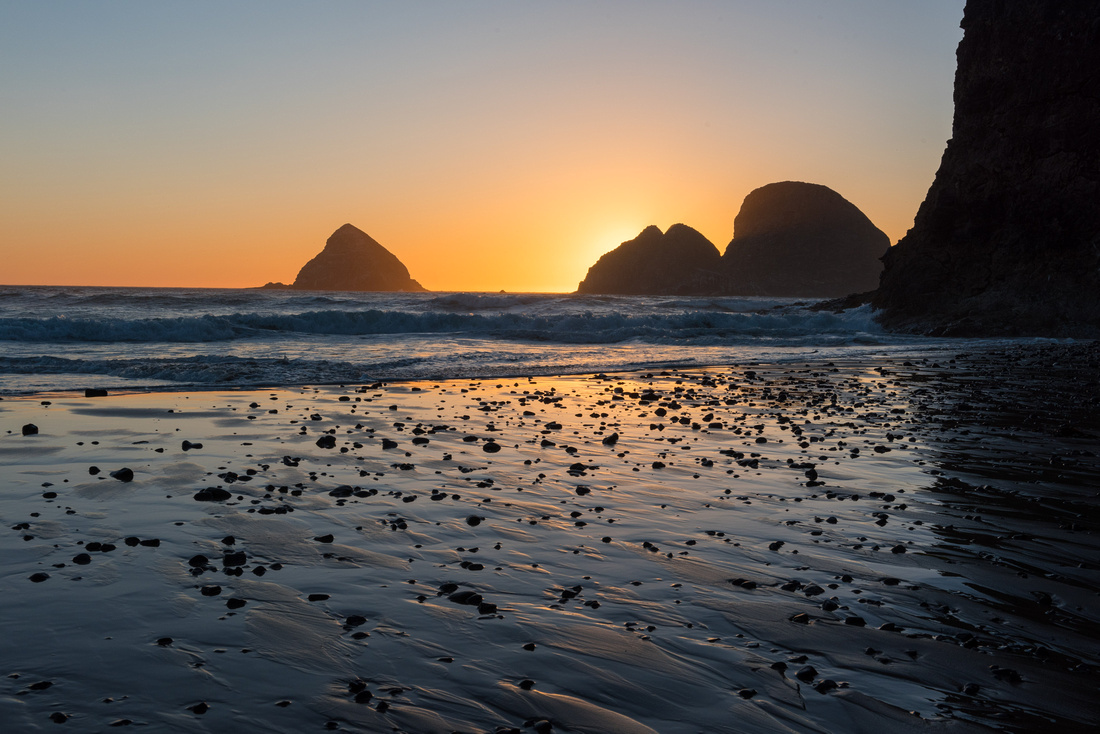 I spent another night sleeping in my car, on the side of the road.  Thankfully I found a quiet spot up by the Heceta Lighthouse.  The crashing sounds of the waves put me to sleep pretty quickly.  I awoke early the next morning, ready to continue my drive through Oregon.  Just south of Lincoln City, the sky became grey again; more wildfire smoke.  The smoke became so thick, it nearly blotted out the sun.  The next 1,000 miles driving down Highway 1 and 101 were through heavy wildfire smoke!  I was shocked to see just how extensive this problem was.  2017 is turning out to be a horrible year.  It seems the entire Western US is burning down. 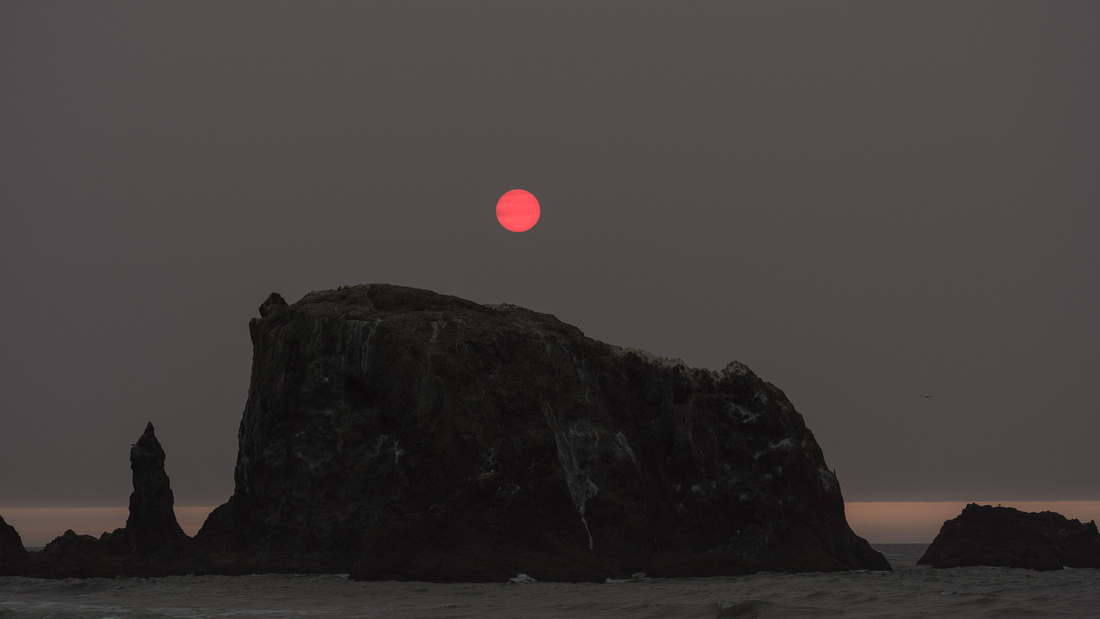 Since it was Labor Day weekend, nearly every beach was crowded with people.  Not wanting to deal with crowds, I just kept on driving.  When I finally arrived in Brookings, Oregon, the smoke was unreal!  It looked like Silent Hill!  One of the locals mentioned the smoke had been this bad for weeks!  I couldn't imagine living in perpetual smoke for so long.  When I was here last year, Brookings was in the path of a massive typhoon.  It seems that water and fire are the great destroyers.

1,000+ miles in 2 days has left me near LA.  I'm currently visiting my good friend Mo and her awesome dog, Jareth!  I met them in Colorado, at Mesa Verde National Park, on my last roadtrip.  My next destination is Colorado, where I plan to spend the rest of September and early October photographing the fall colors. 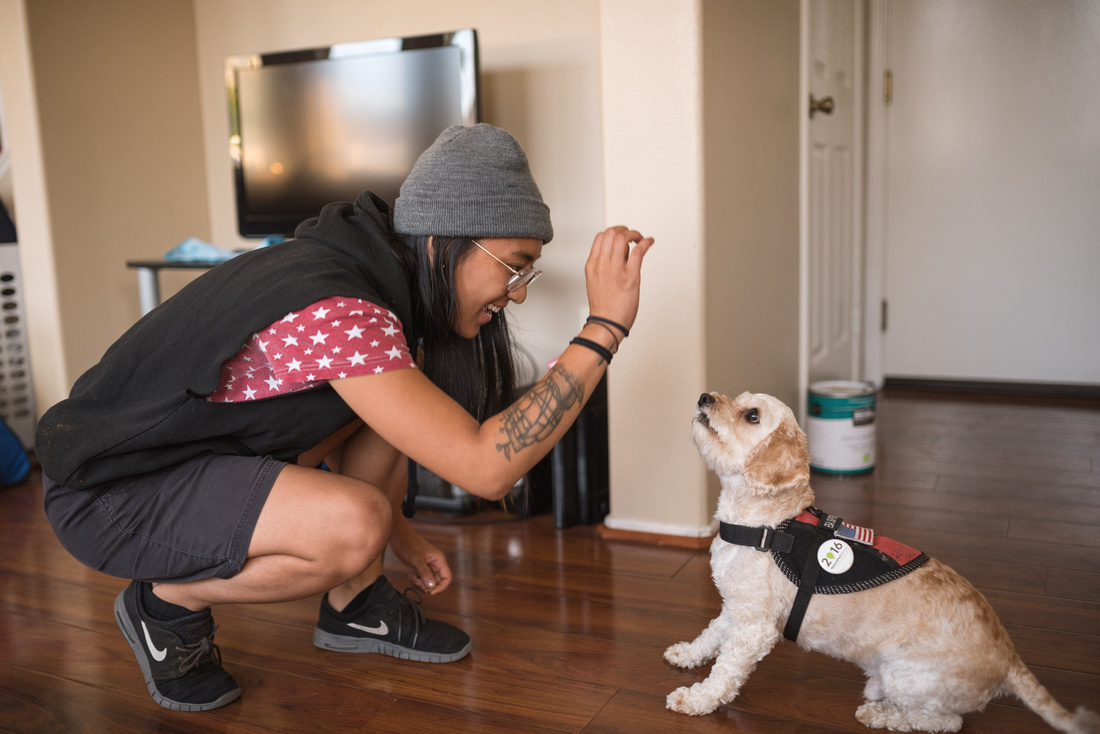