The Power of RAW

When many new photographers get their first DSLR, they tend to shoot in JPEG only.  Shooting in JPEG is an easy way to go, but you lose a lot of control over your final image.  RAW allows complete control over your images!

A RAW file is an unprocessed image, like a digital negative.  In the film days, a negative contained all the information to make photos from, but could not be used as the photo itself.  The same concepts applies to RAW.  You can't just upload a RAW image onto Facebook, it needs to be edited first.  Each camera company has their own proprietary RAW formats.  Nikon uses NEF while Canon uses CR2.  These RAW files contain all of the information captured by the camera, as opposed to JPEGs, which discard much of the info in favor of a smaller file size.

When shooting in JPEG, the camera will essentially take a RAW photo and then edit it based on your Picture Control settings. By default, most cameras have various profiles to choose from: Vivid, Landscape, Portrait, Flat, Standard, Neutral, and Monochrome.  You can adjust settings like saturation, sharpness, and contrast for each one of those profiles in your camera's menu.  Keep in mind, these settings only affect JPEGs.  They will have no effect on RAW files. When people say "Oh, I don't edit my photos, that's cheating", they are often misinformed.  The camera is doing all the editing for them, based on an algorithm generated by an engineer.  They are willingly giving up their creative freedom for pre-defined settings.  With that being said, each RAW photo has to be edited before it can be saved as a final JPEG.  However, you have complete control now, instead of letting the camera make all the decisions.  Special editing software, like Adobe Camera RAW or Lightroom is needed to edit the RAW photos.

RAW files do take up much more space than JPEGS.  For example, RAW files on my Nikon D750 each take up about 24-27 MBs of space.  The JPEG files are usually around 12-15 MBs.  The RAW files contain all of the detail and information, whereas the JPEGs are heavily compressed and lossy, meaning they remove detail to keep the file size small.  One reason the RAW photos are so much larger is because they contain an extraordinary amount of dynamic range.  This allows you to recover amazing detail that would otherwise be lost!

The Power of RAW

Now that we understand the difference between RAW and JPEG, let's see if RAW is actually worth the extra hassle.  Below are two Before and After examples.  As you can see, the original photo was drastically underexposed.  Normally, this would be a big problem.  However, since I was shooting in RAW, a simple exposure increase in Adobe Camera RAW instantly fixed the photo! 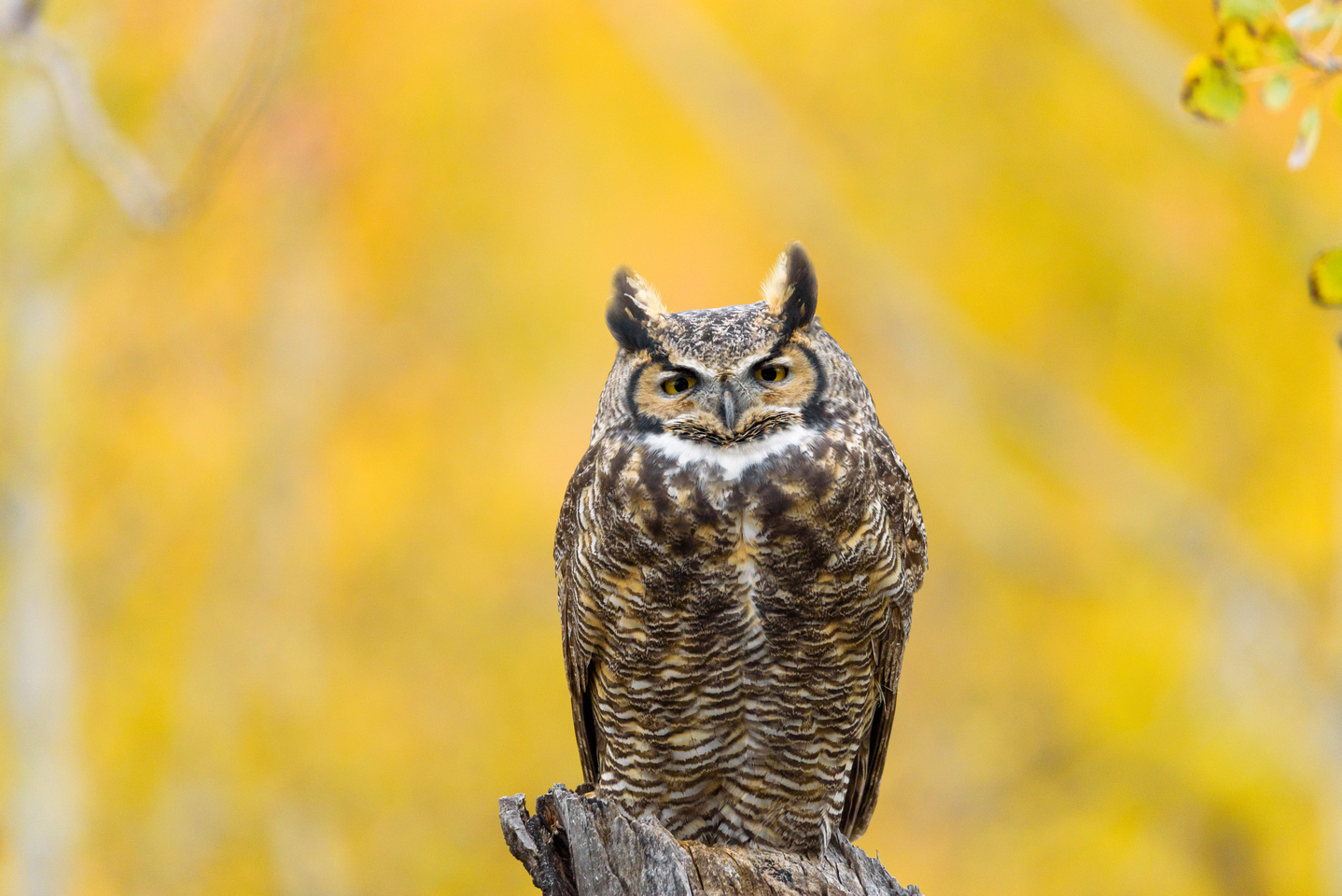 I should mention that each camera has a different amount of dynamic range.  My D750 is one of the best performing cameras out there, in terms of dynamic range.  This allows me to recover a ton of detail if need be.  You may notice increased grain, purple tint, or color grain depending on your camera's dynamic range capabilities.  In my experience though, it's better to have a dark photo than an overly bright one.

When shooting in RAW it's vital to preserve detail in the highlights.  As seen in the owl example, the shadows can easily be recovered with only a minor increase in grain.  However, if you blow out the highlights, they are impossible to recover!  All you will ever see is a bright white area.  The comparison below shows what happens when I attempt to fix the blown-out highlights.  No matter how much I underexposed the photo, a small portion of the sky was lost due to the highlights being clipped. Whenever I'm photographing landscapes, I always check the histogram to ensure I'm not clipping the highlights.  It's critical that you enable the histogram on your camera's playback screen and utilize it!  For Nikon users, you can find this option in the Playback Menu.  I recommend only enabling the 'Overview' option.  This guide by Nikon guru Darrell Young shows you exactly how to enable this setting.  Once enabled, you can press 'Up' on the directional pad and it should show the Histogram.  If you notice a spike on the right side of the image, that indicates the highlights have been clipped.  You will need to adjust your camera's settings to darken the photo until the histogram no longer shows any clipped highlights.  You can then brighten the image in post-processing as needed.

RAW can also be used to easily fix the colors in your photos.  If you were using the wrong White Balance while shooting in JPEG, you will need to spend a considerable amount of time using Photoshop to fix the colors.  The white balance is baked into your JPEG photo, which is a pain to fix.  When using RAW, the White Balance isn't set until you're finished editing.  This gives you complete flexibility in post-processing!  You can easily drag the white balance slider and fine-tune the colors.  You can see how I was able to neutralize the overly-orange color cast in the photo below.  This took just a few seconds in Adobe Camera RAW! Oddly enough, as I was writing this post I realized I didn't have a single JPEG photo straight out of my camera!  I always shoot in RAW!  Since I am on the road, it was the perfect time to capture some JPEG test images.  Below are 3 examples that clearly illustrate the difference between RAW and JPEG.

The original photos were underexposed by 5 Stops.  I brightened both the RAW and JPEG photos in Adobe Camera RAW by increasing the Exposure slider by 5 stops.  As you can see, the colors are distorted in the JPEG version. 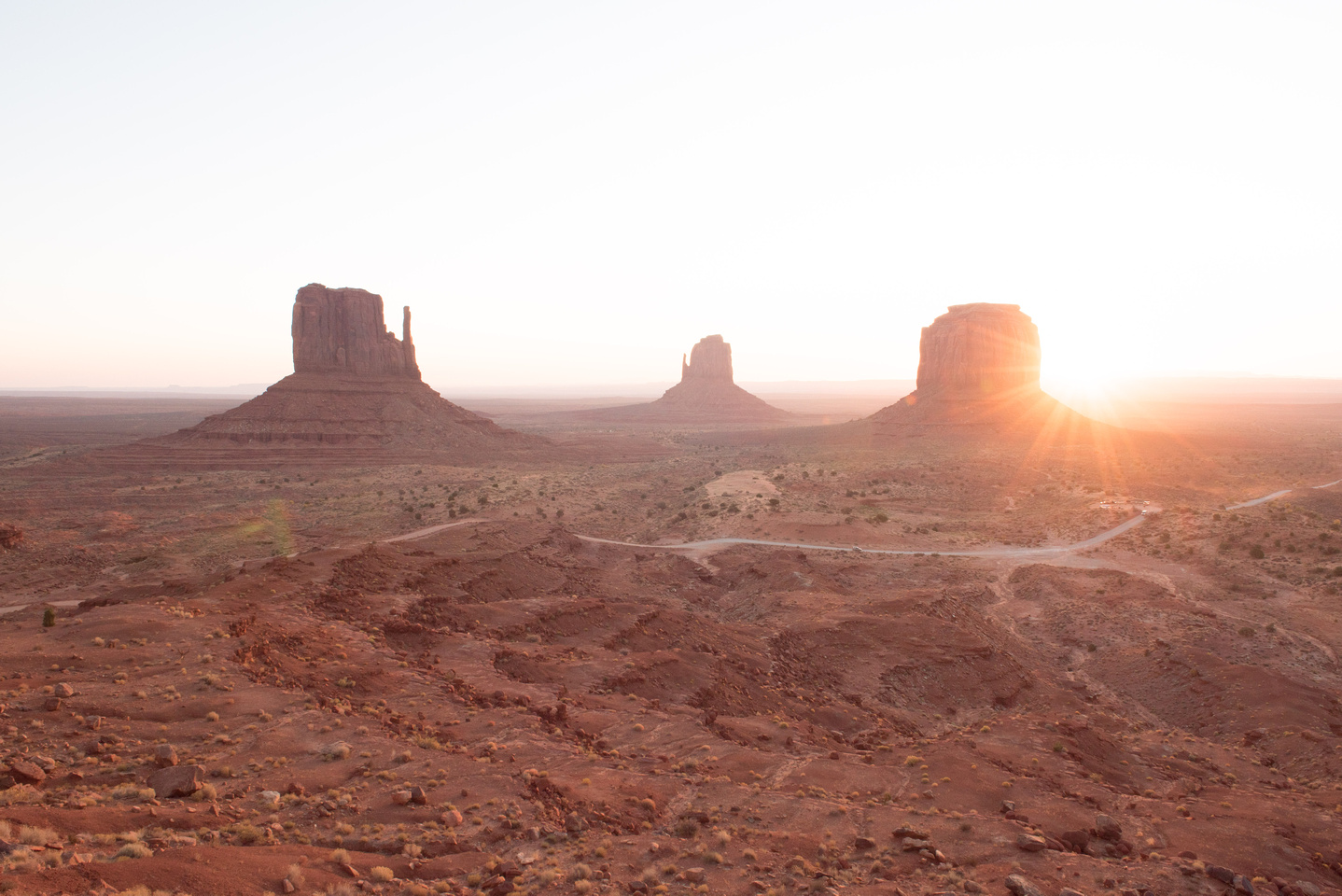 This example is a close-crop of Example 1.  If you look closely, you will see an ugly color-grain all over the JPEG photo.  This shows how much data is lost when the JPEG photo is brightened.  The RAW photo retains much more detail without any color-grain. 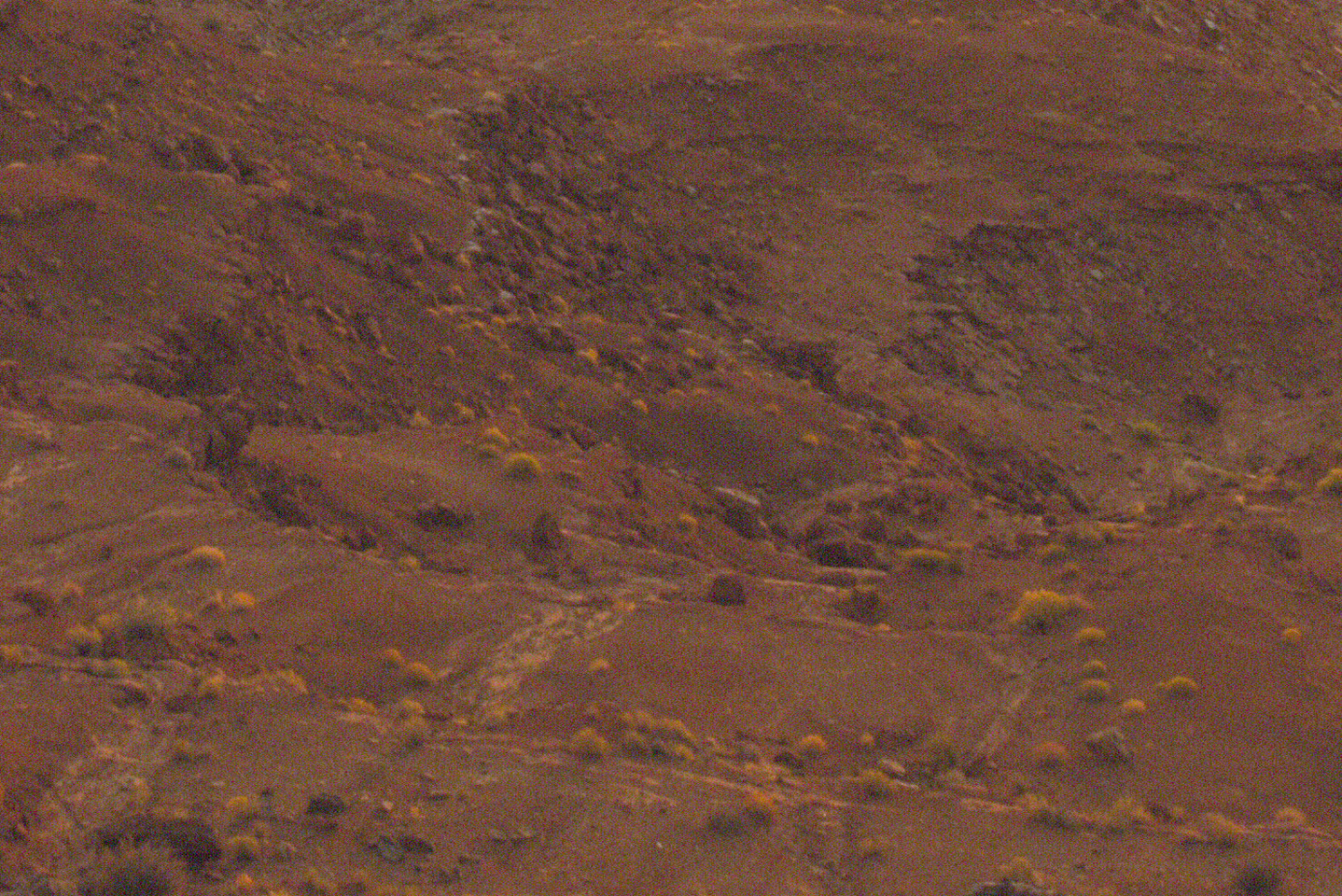 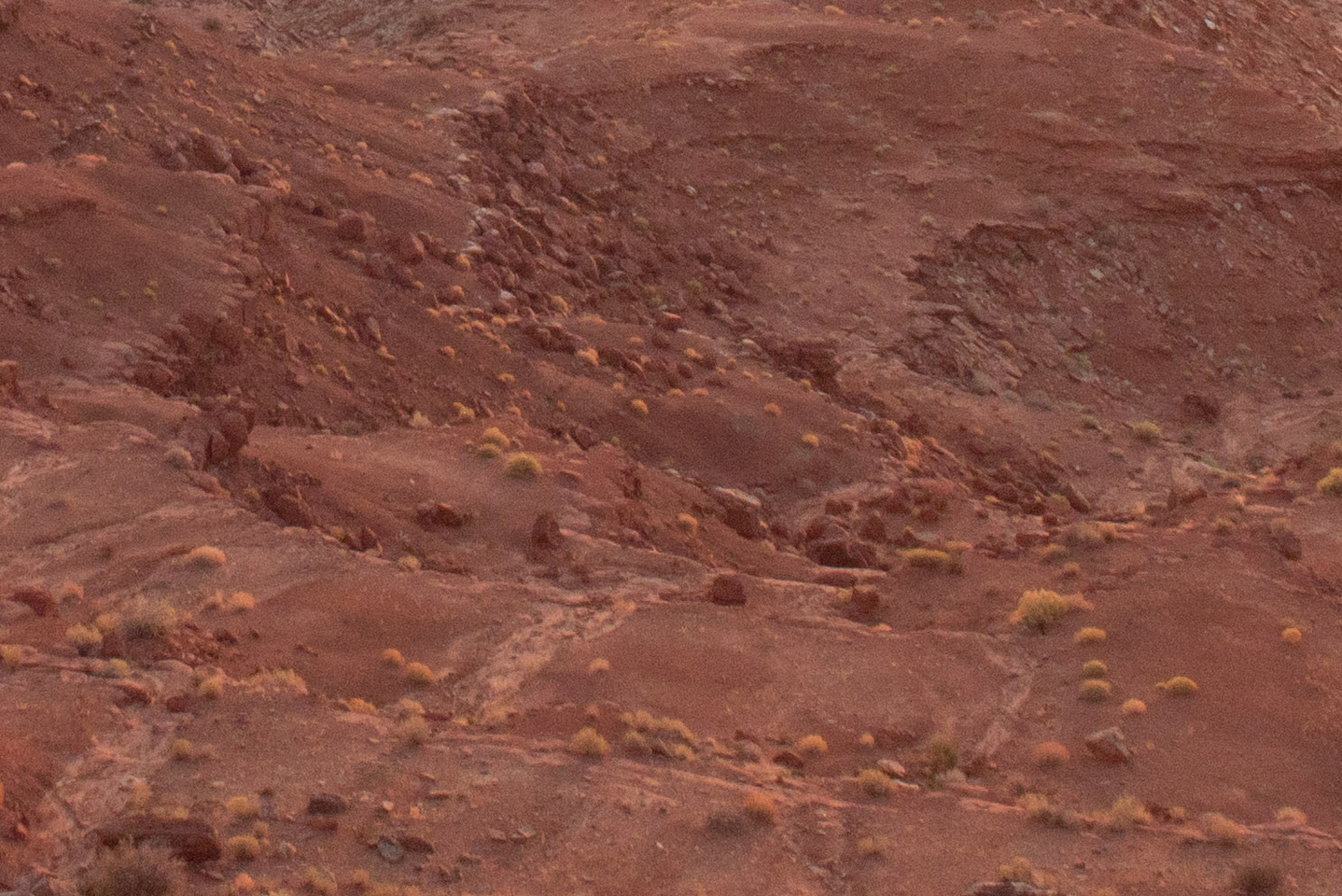 This example showcases why RAW is crucial for white balance adjustments.  When I changed the JPEG's white balance slightly, the highlights quickly lost all detail.  There was no quality loss when changing the RAW file's white balance! 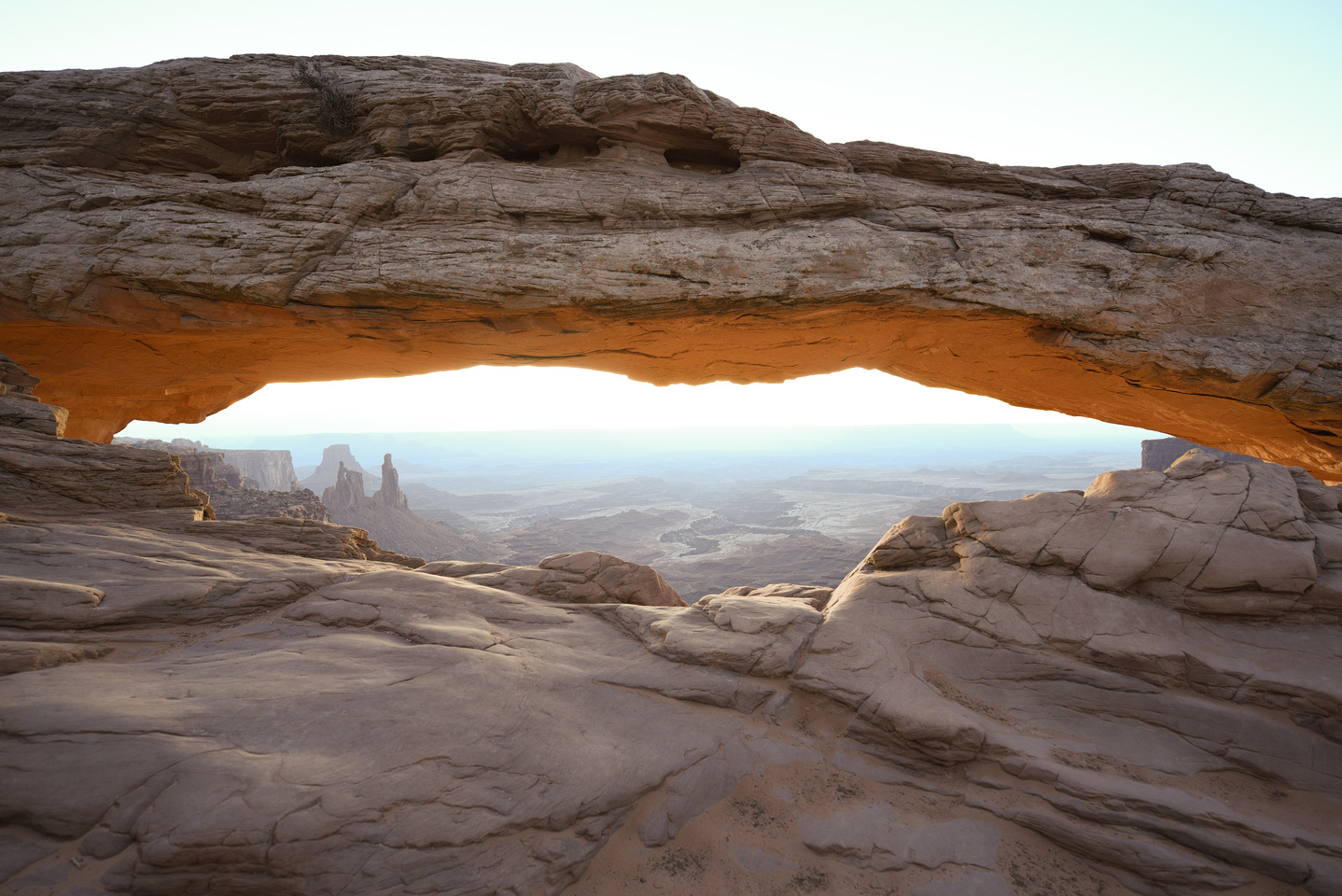 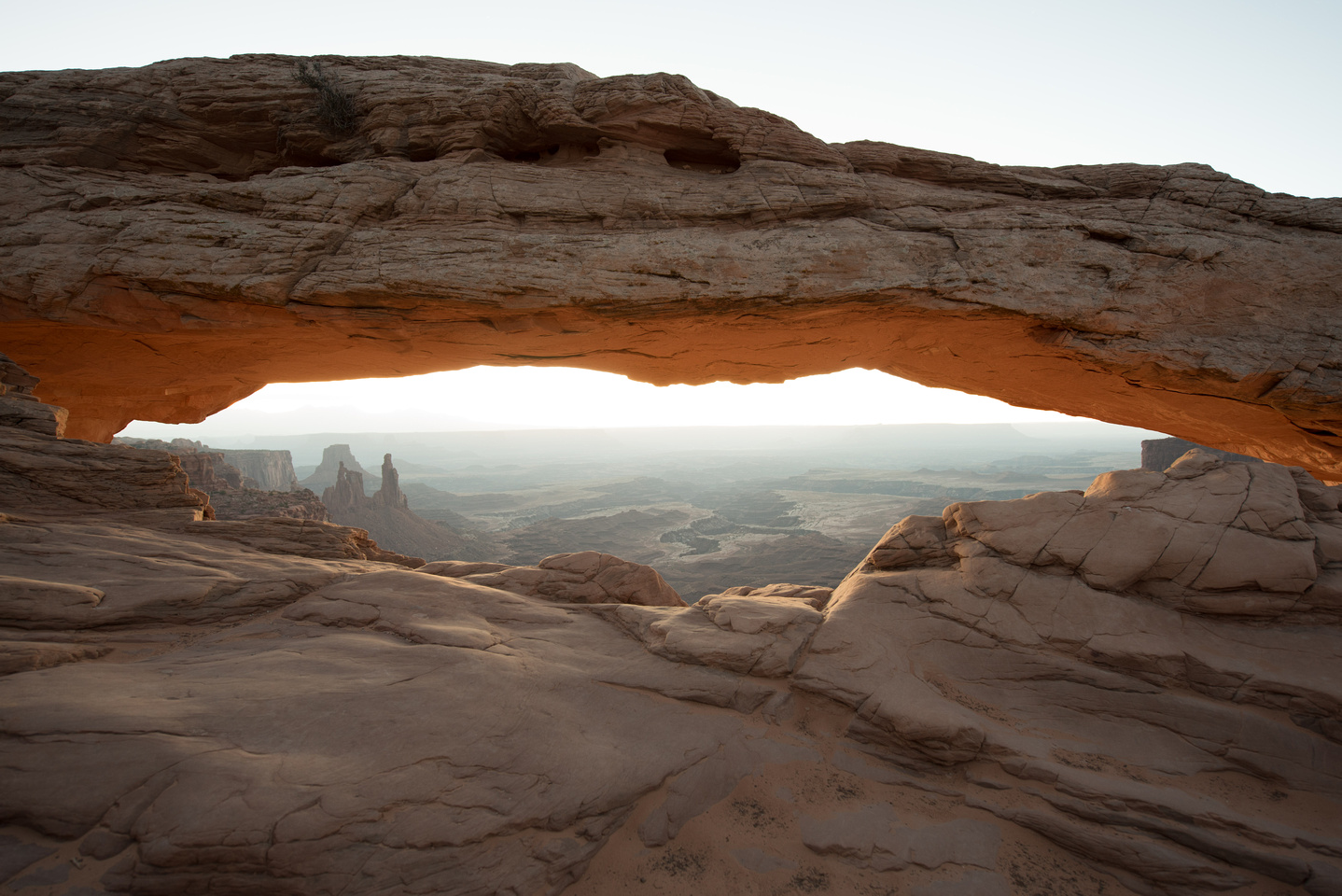 Now that you've seen just how powerful the RAW format can be, give it a try!  I recommend switching your camera to shoot in RAW+JPEG.  Now you have access to the JPEGs, but you can also practice editing the RAW files.  Once you get comfortable editing your RAW photos, switch over to just RAW.  There's no reason to have duplicate JPEGs floating around now!

You can get a free trial for Adobe Photoshop CC over at Adobe's website.  Click here to also make sure you download the latest version of Adobe Camera RAW.  I would also recommend purchasing the Adobe CC Photographer's Bundle if you decide you want to start shooting in RAW.  This includes Photoshop, Camera RAW, and Lightroom for $10 per month!

I recently created a full Adobe Camera RAW tutorial that will explain each piece of this incredible software!  Be sure to follow along with some of your own photos!

daveclark966(non-registered)
Erelive Data Recovery is just one of the best Nikon RAW image recoveries.
budaie(non-registered)
The power of raw, the great methods and including the essential techniques as well,thanks for making the wonderful tips. I am using this http://assignmentmasters.org/ for more assignment info for all the students,keep it up.
jasonwilliam(non-registered)
Hi, Good to read your blog, you describe all the facts about digital negative(Raw) and jpeg photos. I addons some more information when the raw or jpeg corrupt it's hard to repair. Because every camera have different file formats of raw. i used Stellar Repair for Photo software which repair all types of raw file as well as jpeg images. Thanks
No comments posted.
Loading...
Subscribe
RSS
Recent Posts
Fornax LightTrack II Review Focus On Stars - Wide Angle Bahtinov Mask | Review Kase Filters AstroBlast Review Kase Filters Bahtinov Mask Review Dithering with a DSLR and Star Tracker Nikon D780 Review - Astrophotography A Guide to Astrophotography Filters Choosing your first Dedicated Astro Camera Pairing a Camera with a Telescope / Lens William Optics High Latitude Base Review
Archive
January February March April May June July August September October November December
© Peter Zelinka
User Agreement
Cancel
Continue