I ended up staying in Astoria for a few days, this was easily my favorite city I had visited on the roadtrip.  But I knew I had to get moving, so I drove down to Ecola State Park one last time.  I wanted to get some cool shots of the coast here, before heading up into Washington. 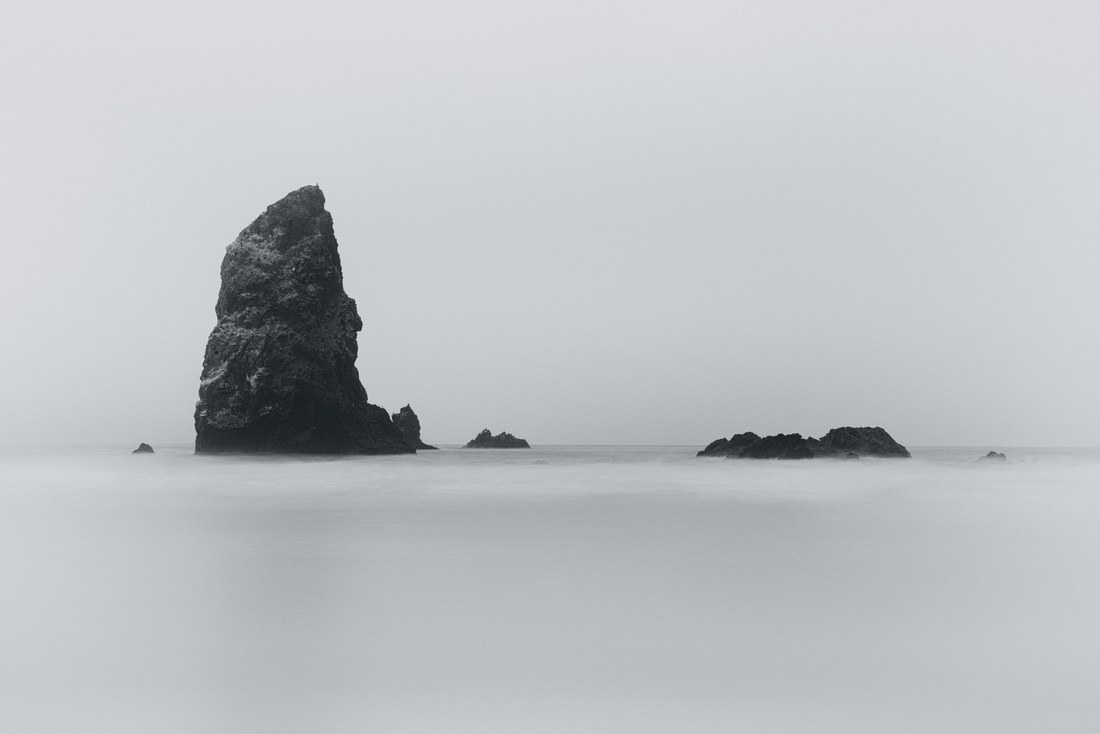 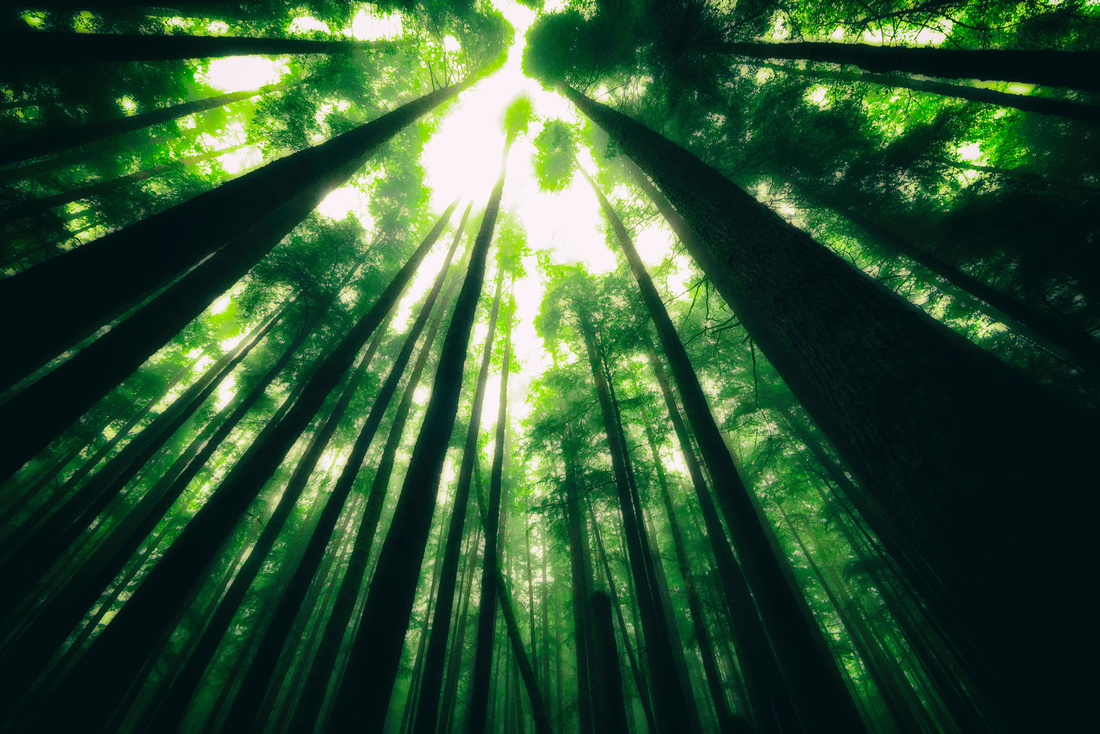 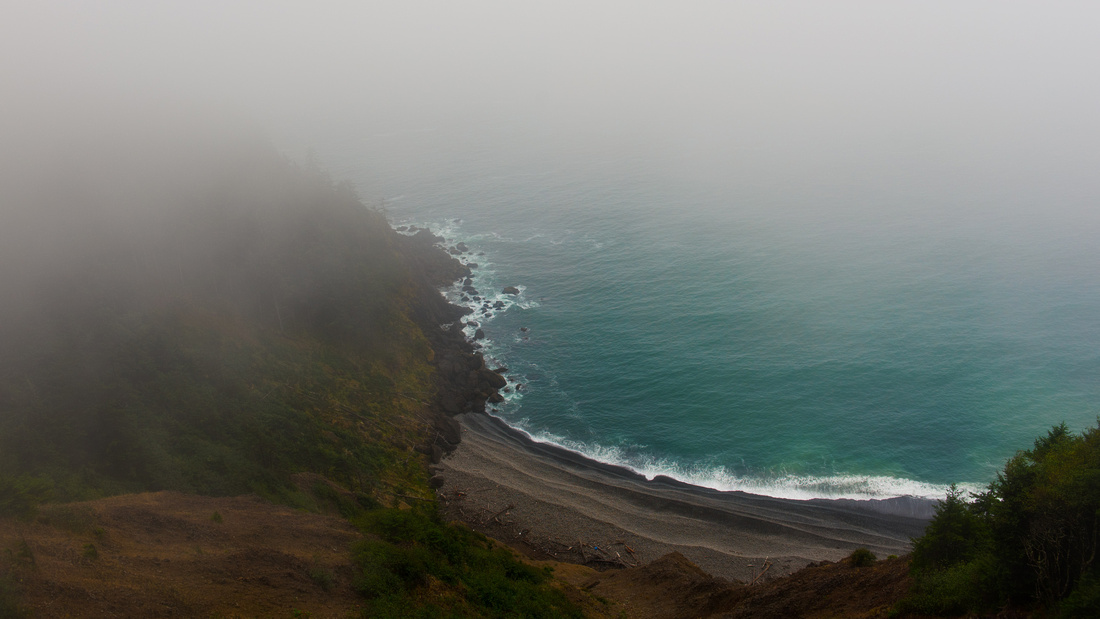 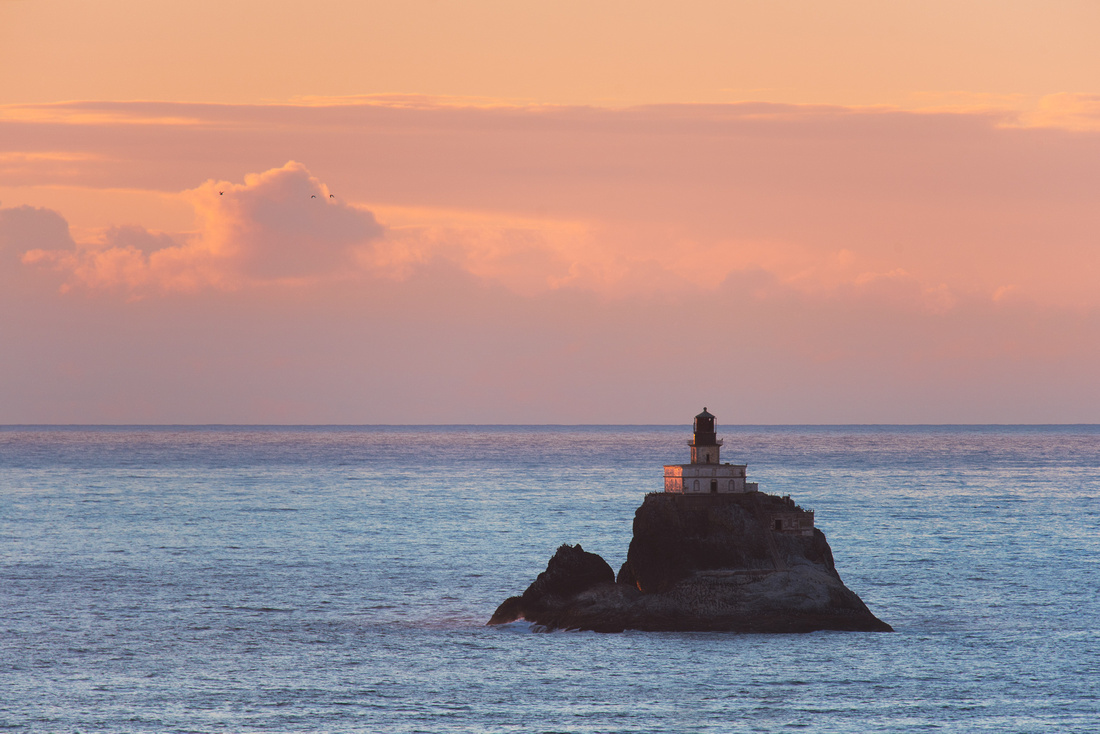 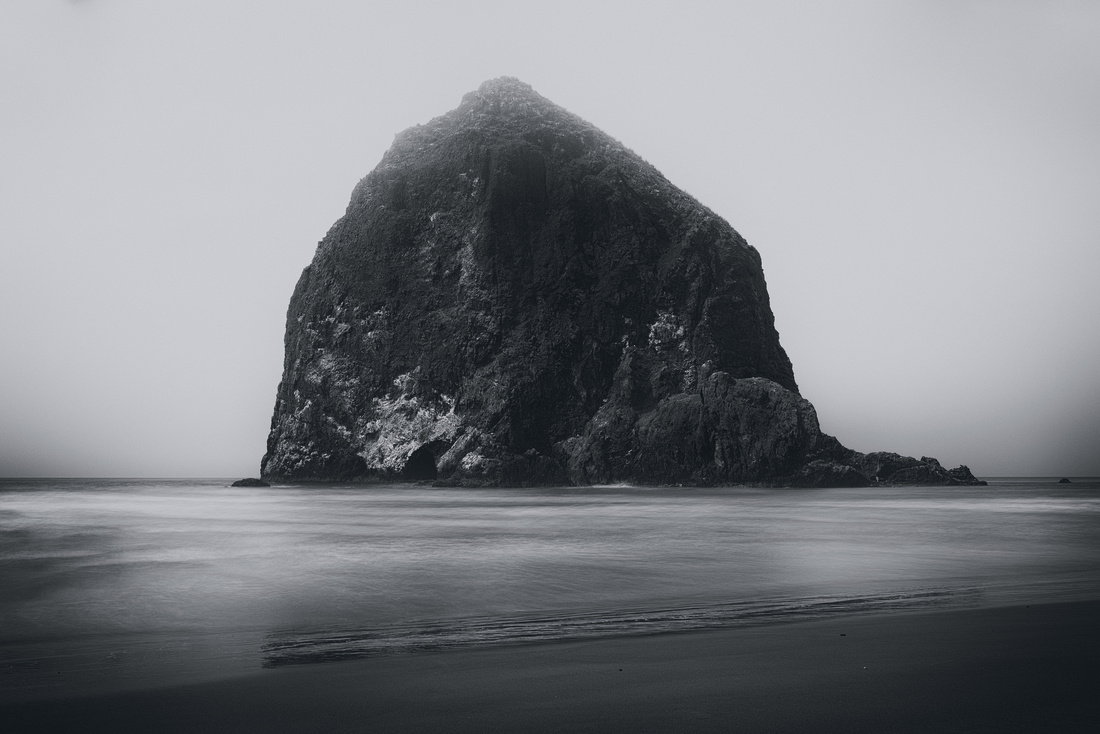 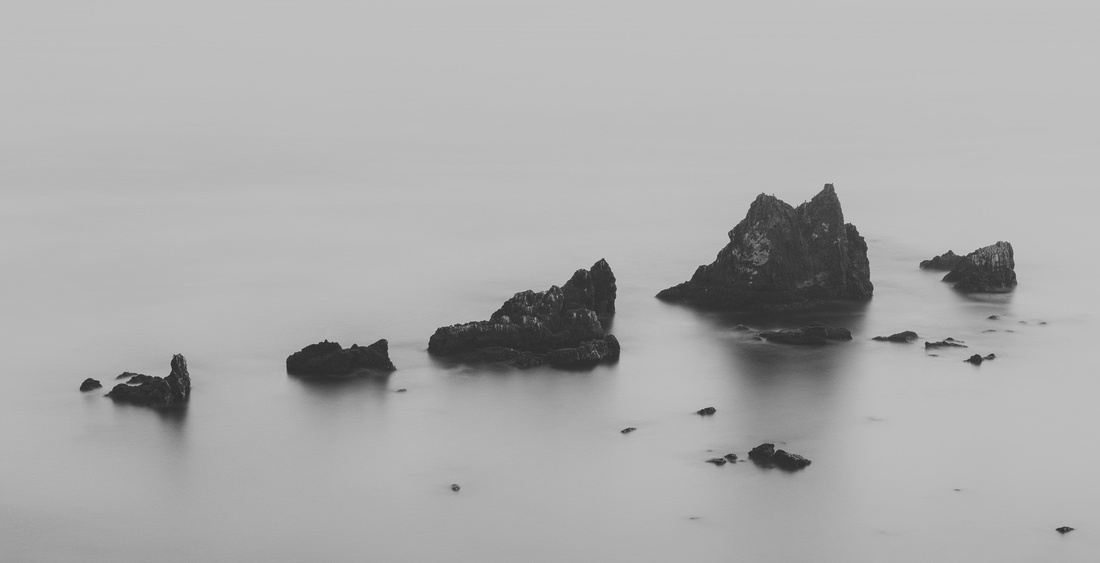 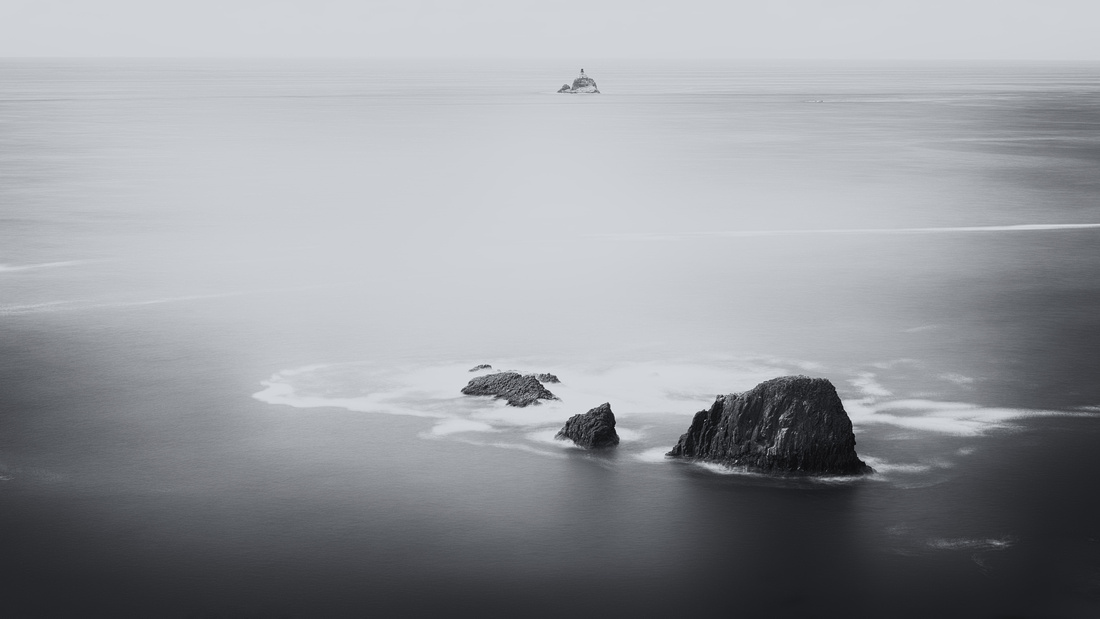 I think I did pretty well!  I even met a girl who worked at a nearby Air Force base.  We ended up going back to Astoria to watch the sunset, easily one of my favorites from the whole trip. 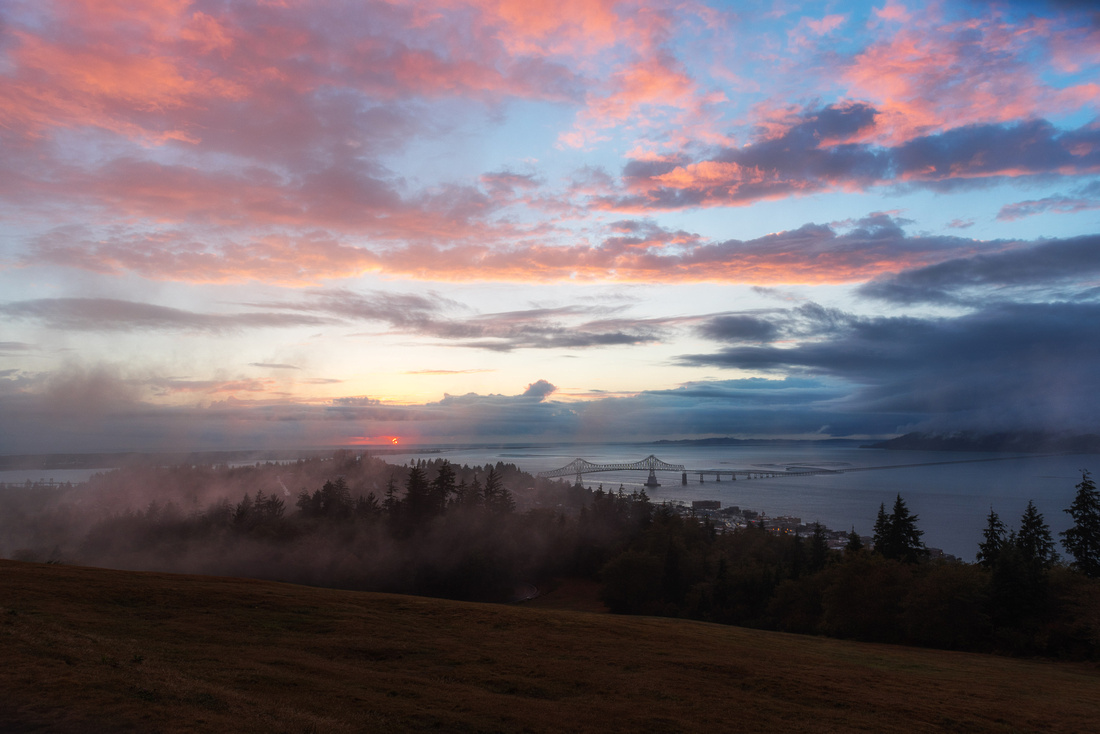 We had such a fun time that we planned a weekend trip up to the Olympic Peninsula.  Thankfully the weather held out and it was warm and sunny all weekend!  We got to hike through the rainforest, stargaze at the beach, and spend two nights camping in the rainforest.

By Monday my new group of friends were headed back to Oregon and I continued onwards around the Olympic Peninsula.
I spent another day at Rialto Beach. 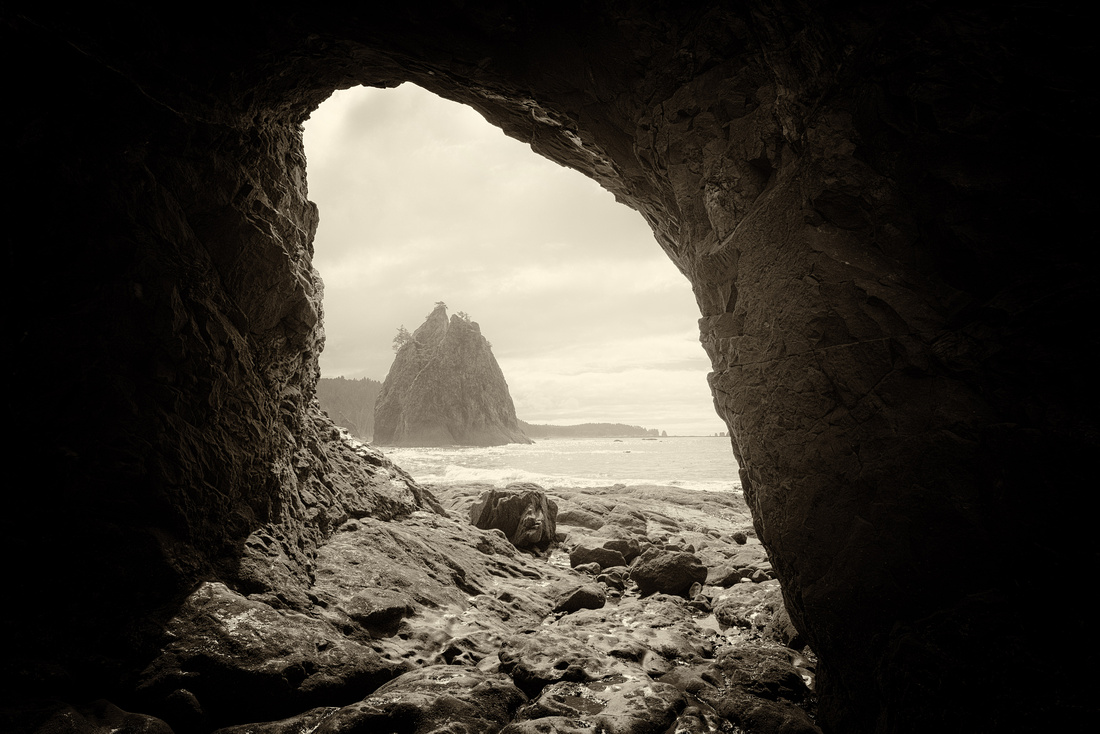 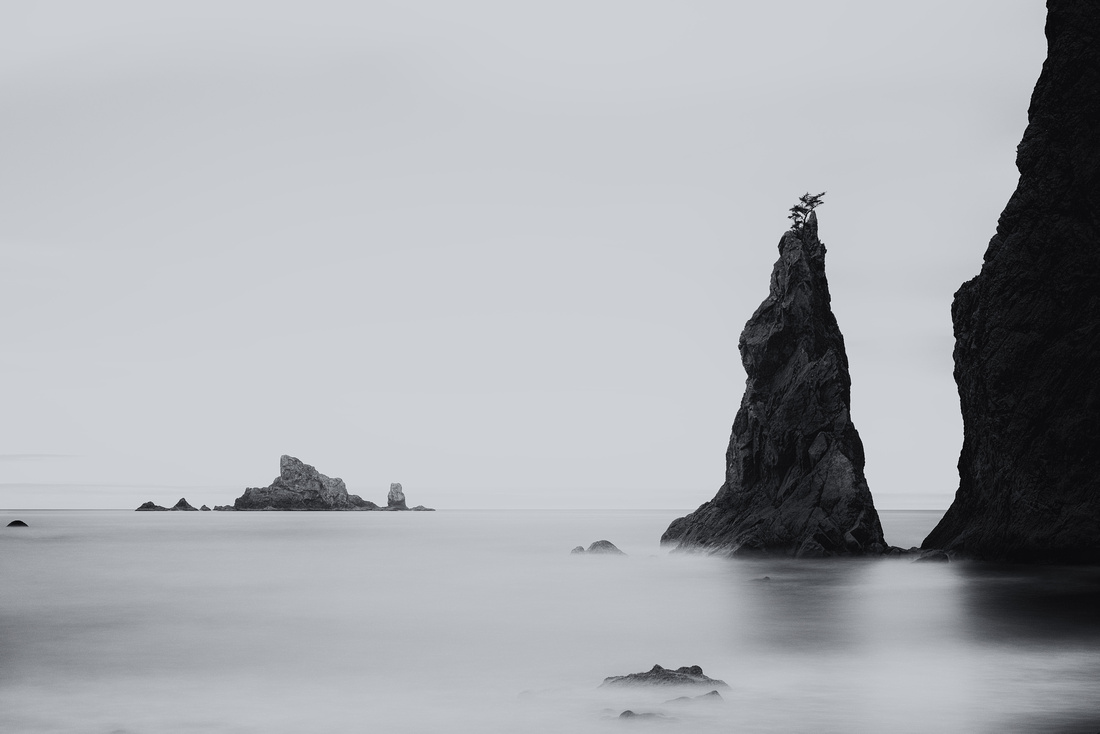 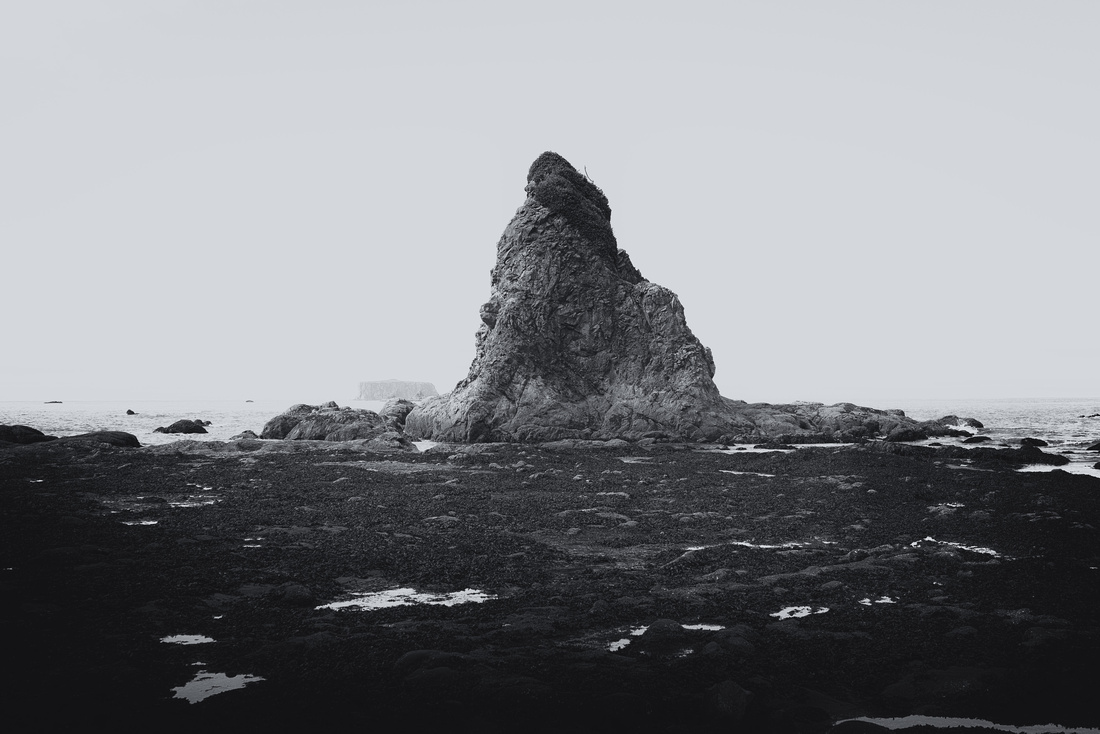 Unfortunately it was too cloudy for the Milky Way photos, but at least the sunset was nice! 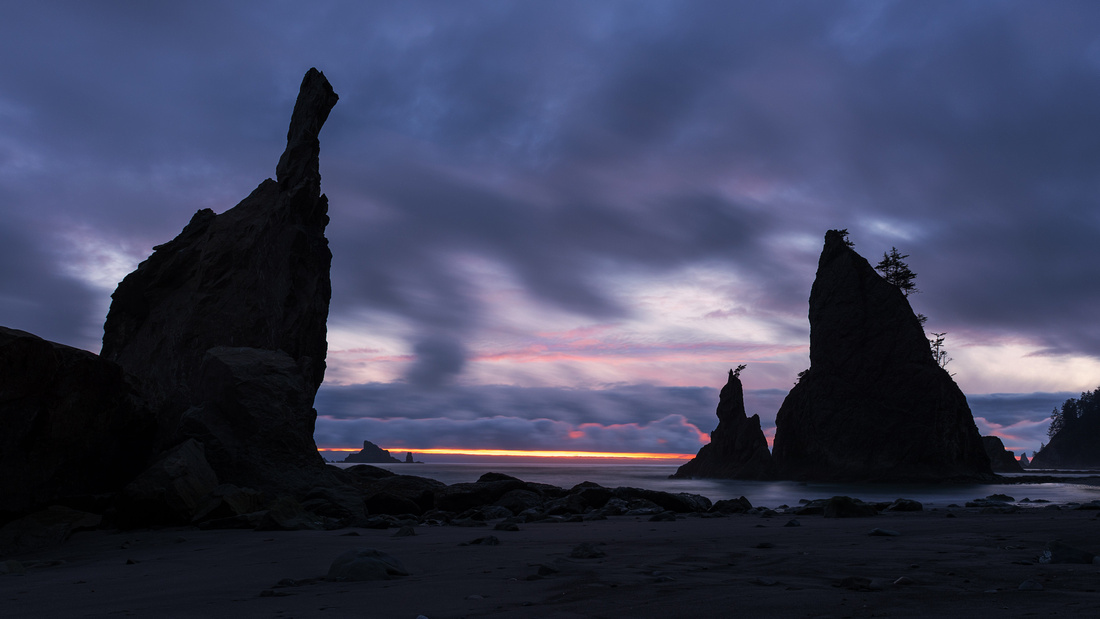 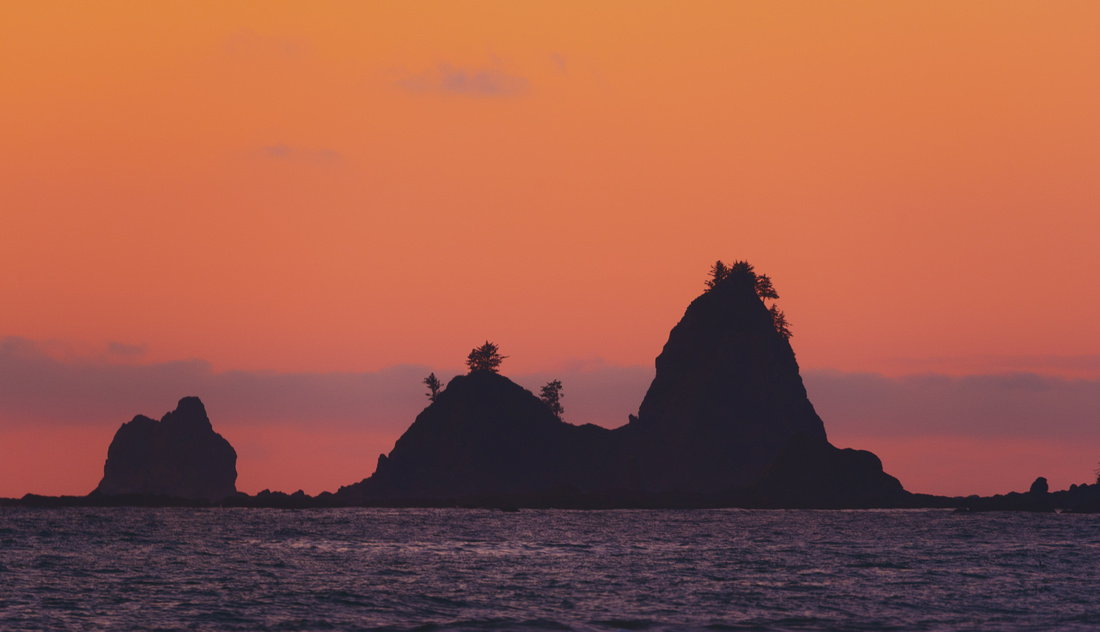 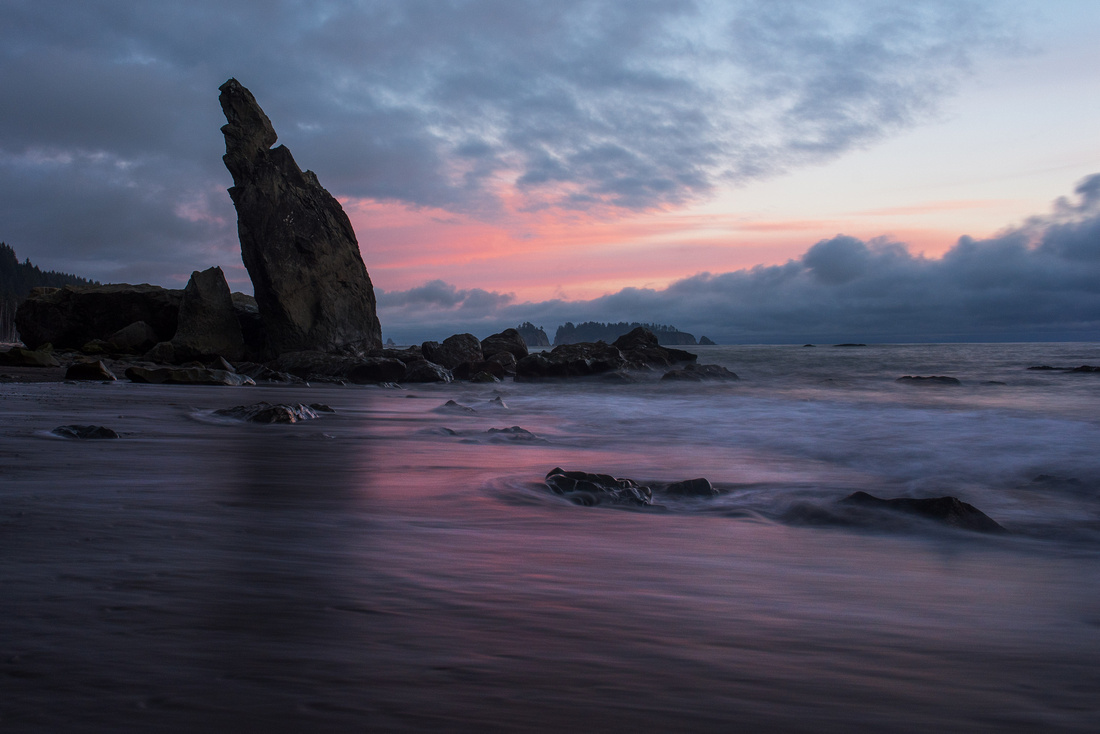 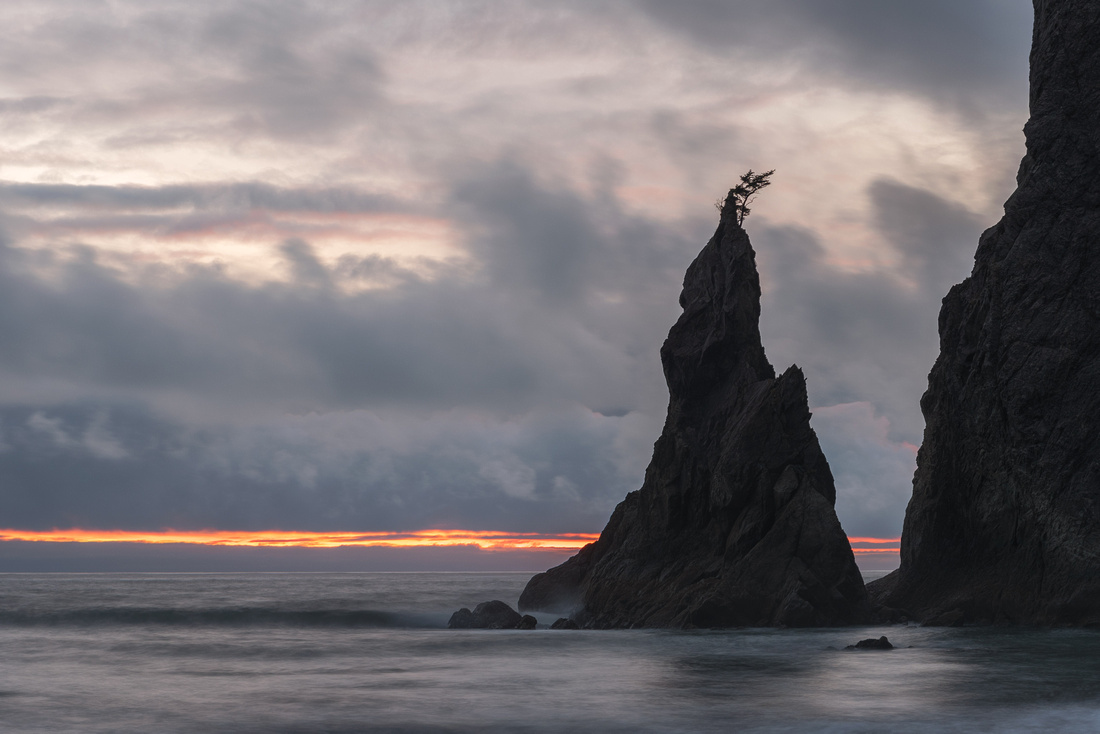 While I was headed through Forks, Washington I ended up breaking my phone.  It was at least the 20th time I had dropped it, but this was the fatal one.  Thankfully I still had insurance on it, I just had to get it fixed.  I drove to Port Angeles to ship the phone to the repair facility.  Now I was stuck.

I realized just how much I depended on my phone for this trip.  I could no longer:

Therefore, I decided to just live in Port Angeles until my phone was fixed.  I had plenty of photo editing, website work, and research to do.  Every night I would head up into the mountains outside town to camp, then return to the library at 10am to begin my work day.  At 2pm I would head downtown and grab lunch at Little Devil's Lunchbox, where they make amazing 14" burritos!  Then it was back to work at the library until 8pm.  I would generally get dinner at a Mexican restaurant before driving back into the mountains.  I spent  over 10 days in town.  It was weird having a schedule again, but nice in a way.  Even after 10 days of photo editing, I still wasn't completely caught up on my backlog of photos.

One afternoon I drove up to Hurricane Ridge, which reminded me of Going-to-the-Sun road and Trailridge Road.  The views from the top were spectacular, and I could see into Canada! 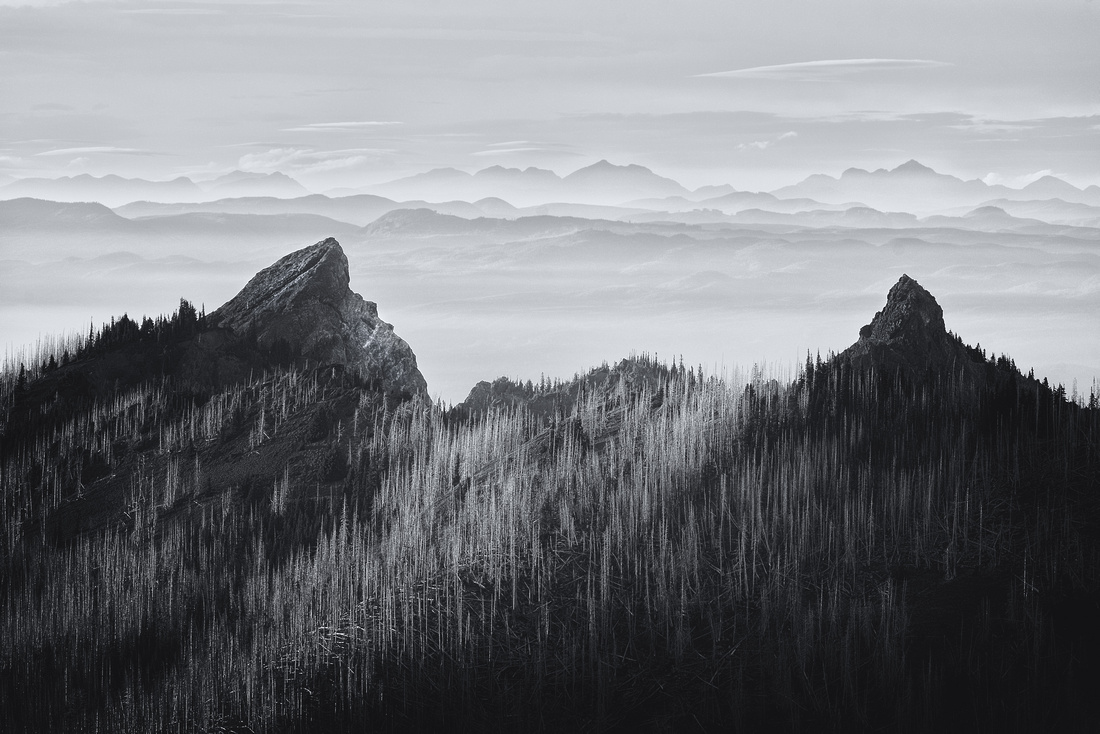 After 2 weeks waiting for my phone to get fixed, they had finally shipped it to Seattle.  Thankfully I had an old friend from Canfield who lives in Seattle and was kind enough to let me have the phone shipped to her place.

I will be headed to Seattle soon to grab my phone, and then I can finally continue on my journey!  I will be headed north, into the mountains, for a week before heading south to Mount Rainier.  I hope to make it to Oregon by early October.