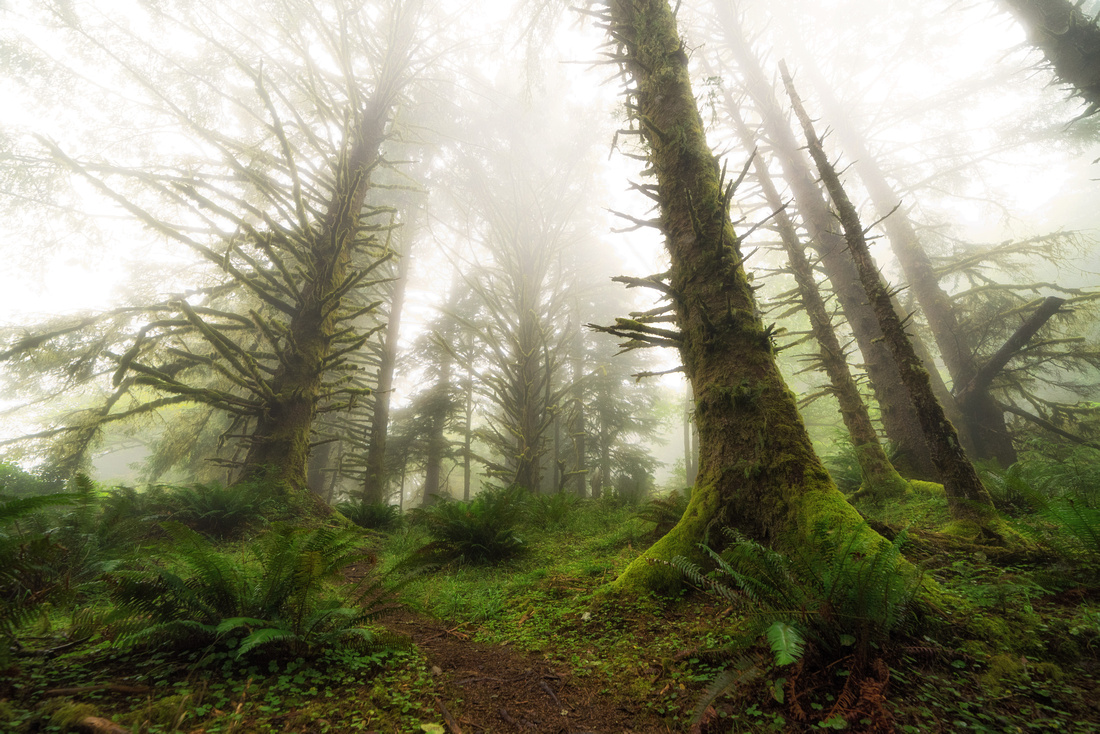 As I walked through the rainforest I could hear the waves crashing against the shore less than a mile away.  A heavy blanket of fog had fallen over the coast.  The forest was completely covered in ferns and moss, even the branches had ferns growing on them!  I soon reached Indian Point and saw the Pacific Ocean for the first time.  It stretched out to the horizon, cold and gray.  I walked down to the water and couldn't believe how frigid it was, even colder than the glacial lakes I had been swimming in. 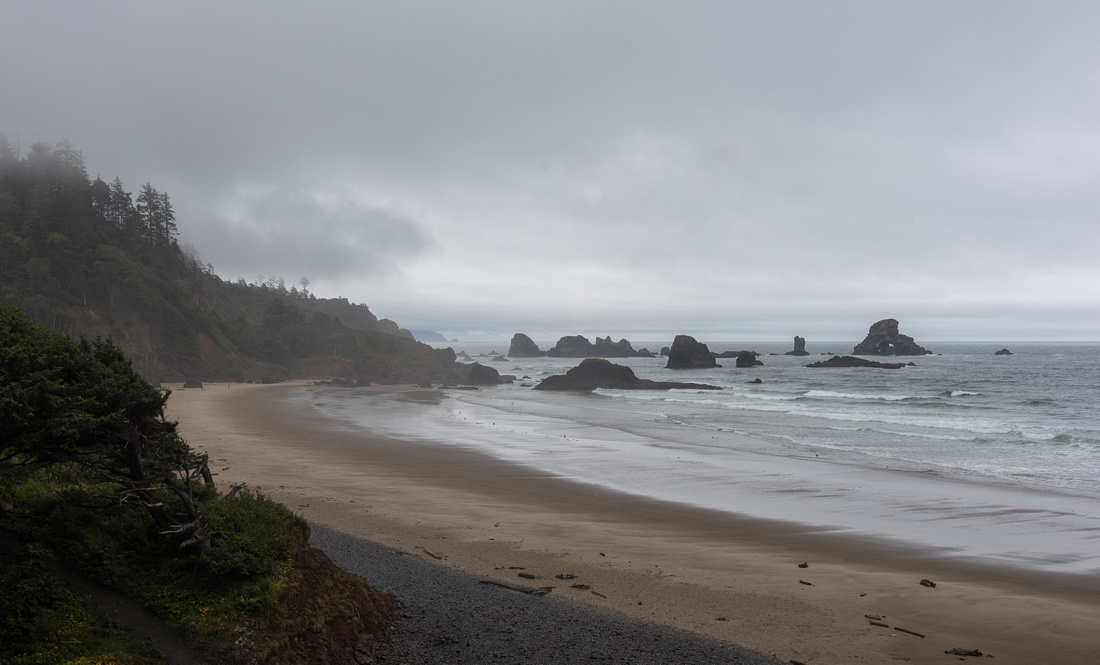 My next goal was to find where they filmed the Goonies scenes.  The first location was the restaurant scene, at Ecola Point. 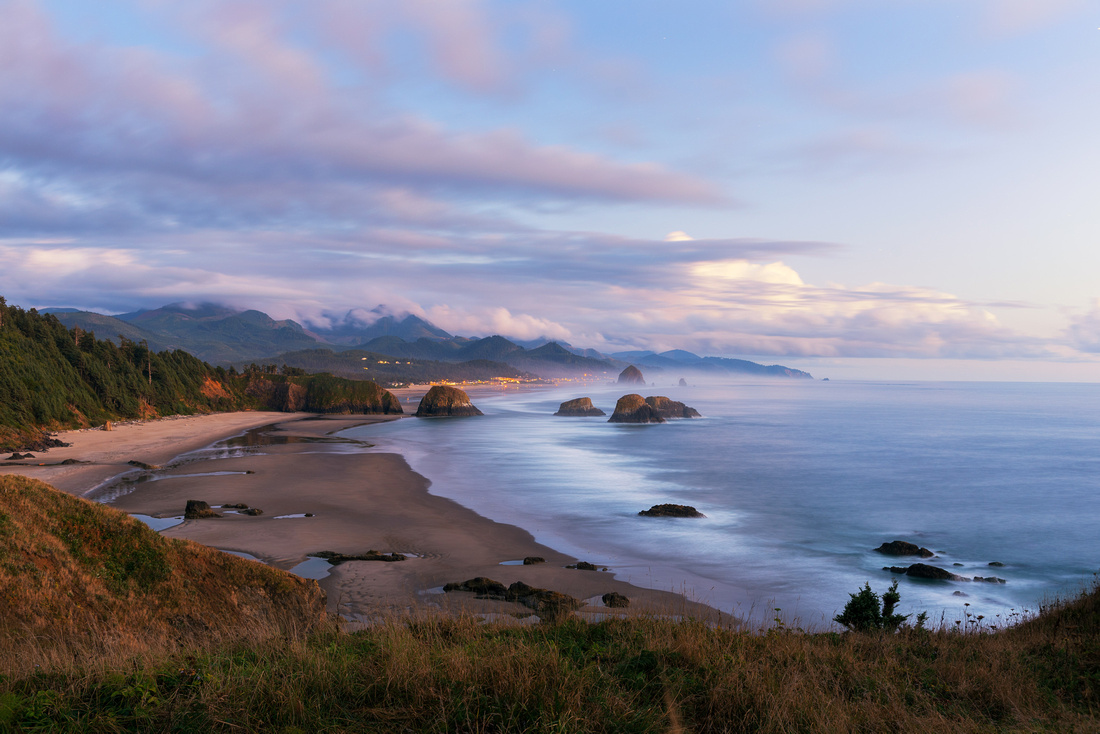 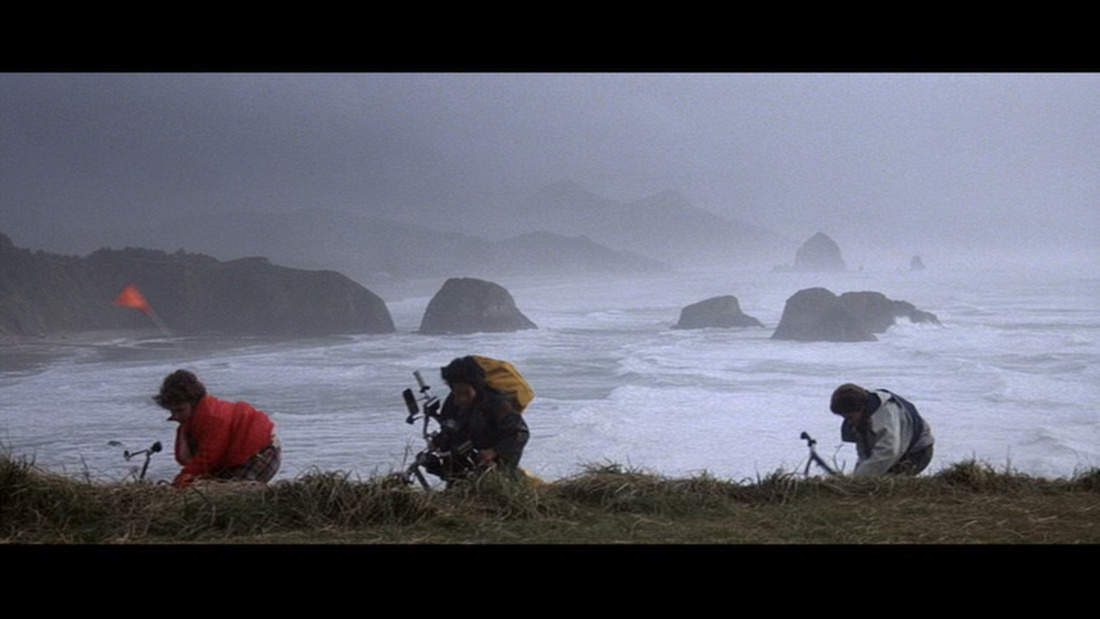 I was unable to find exactly where they filmed the scene with the Goonies riding their bikes through the forest, but I'm pretty sure I drove along that same road.  Next up was Cannon Beach. 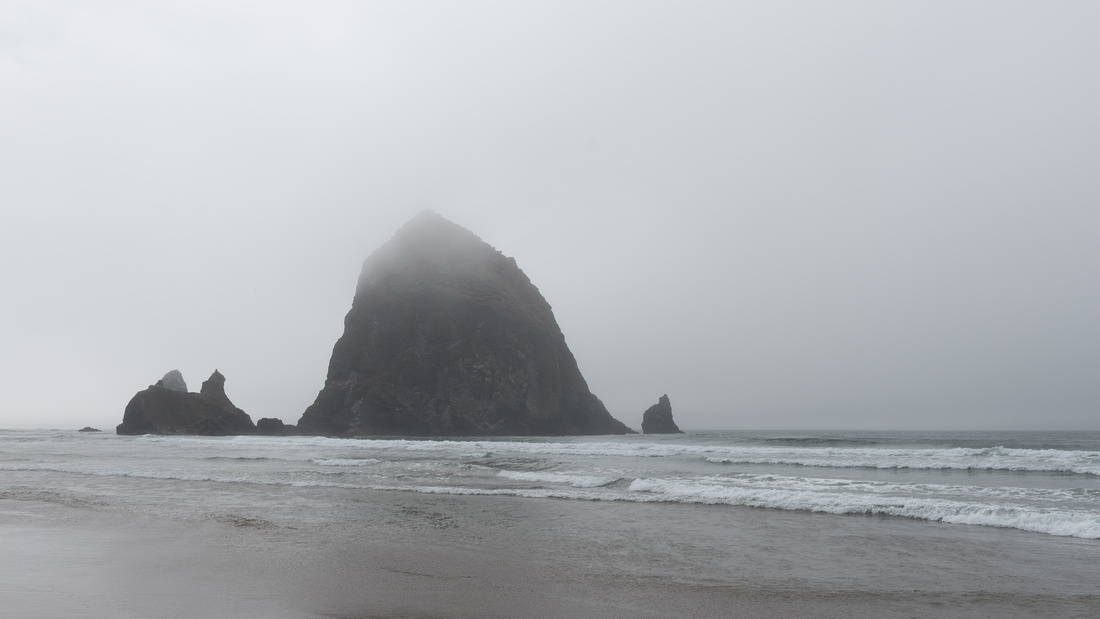 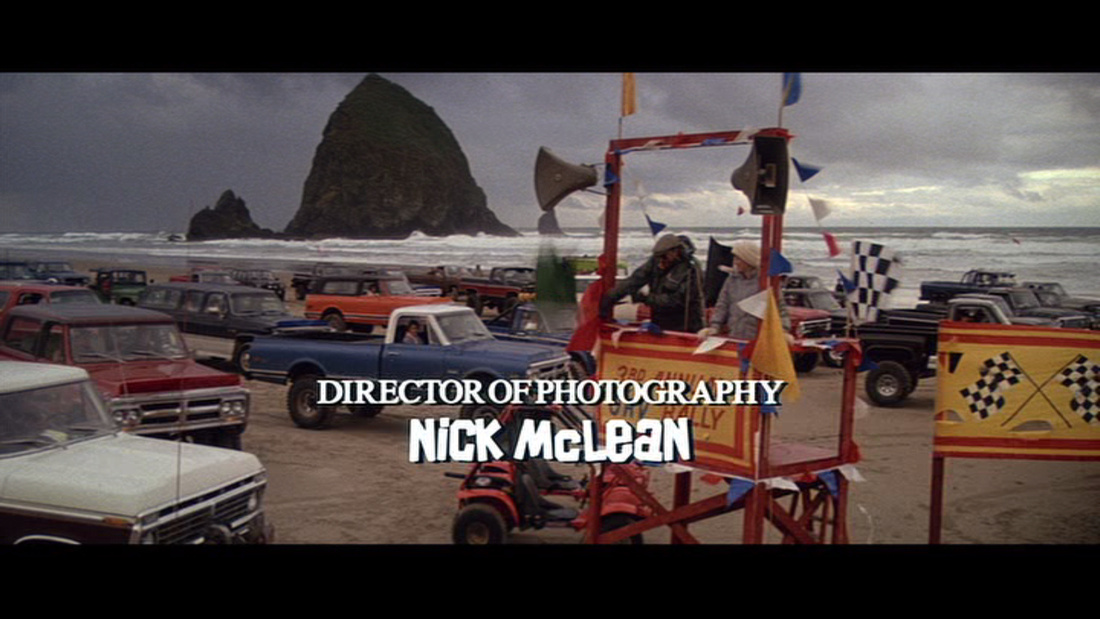 I was now headed up to Astoria, where they filmed the first half of the Goonies.  I've always dreamed of going there.  It was so surreal as I drove around town.  I ended up getting a hotel room at the Norblad Hotel, which turned out to be my favorite hotel stay ever.  I got a beautiful, modern looking room with giant windows that looked out over the city.  I kinda wanted to live there. 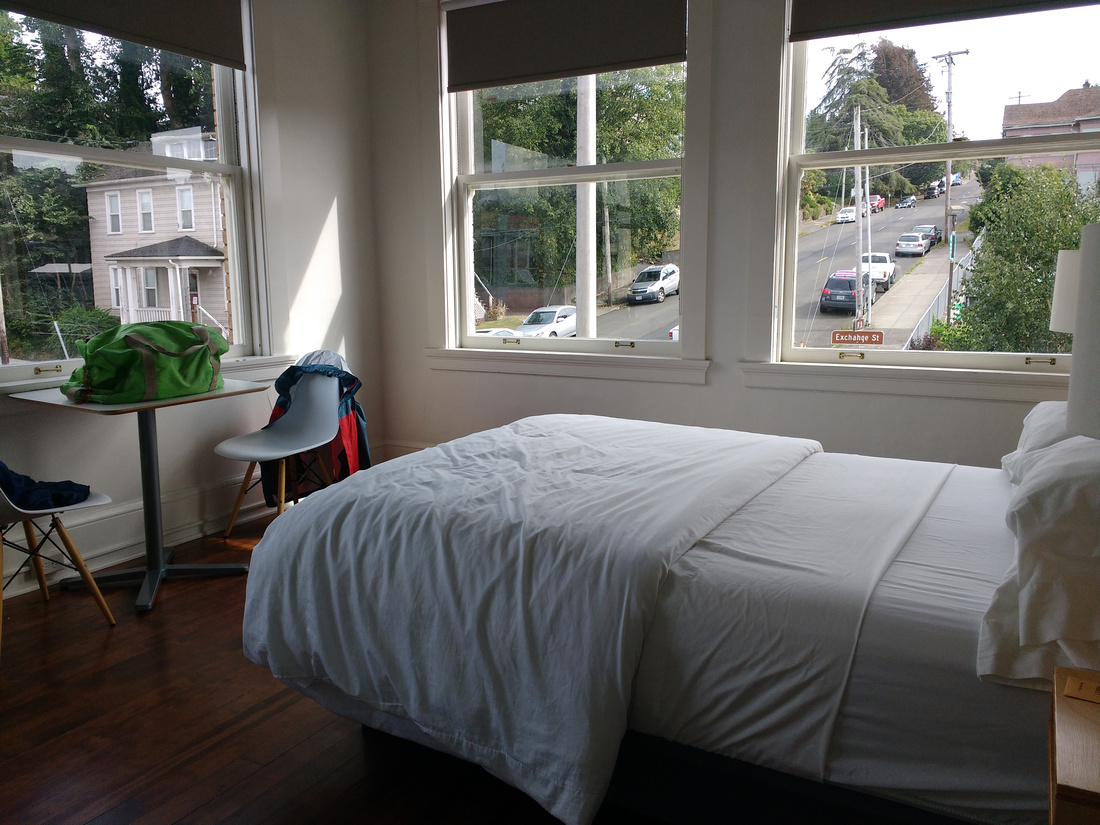 I was now free to walk around the city and explore all the landmarks.  My first stop was the old jail. 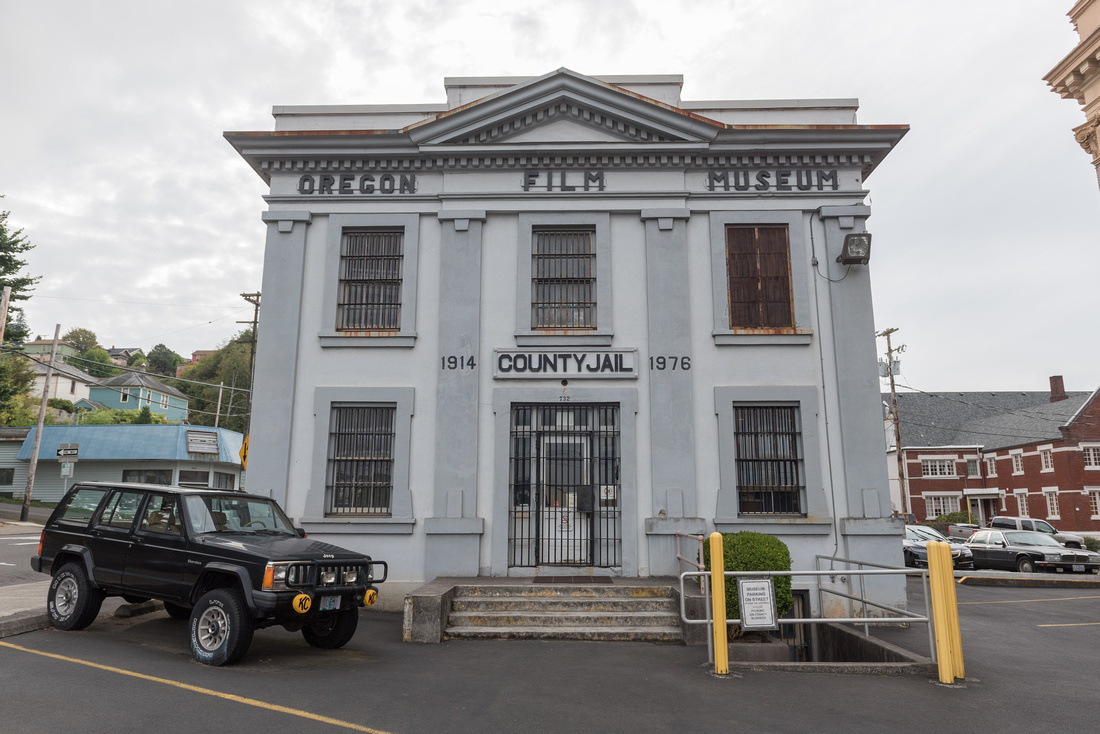 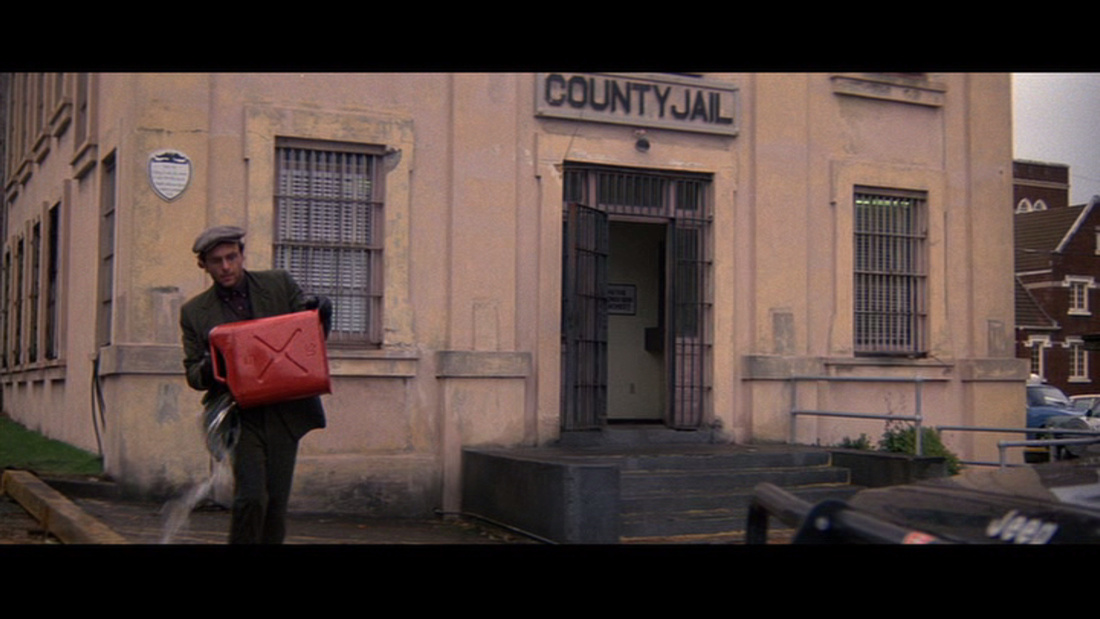 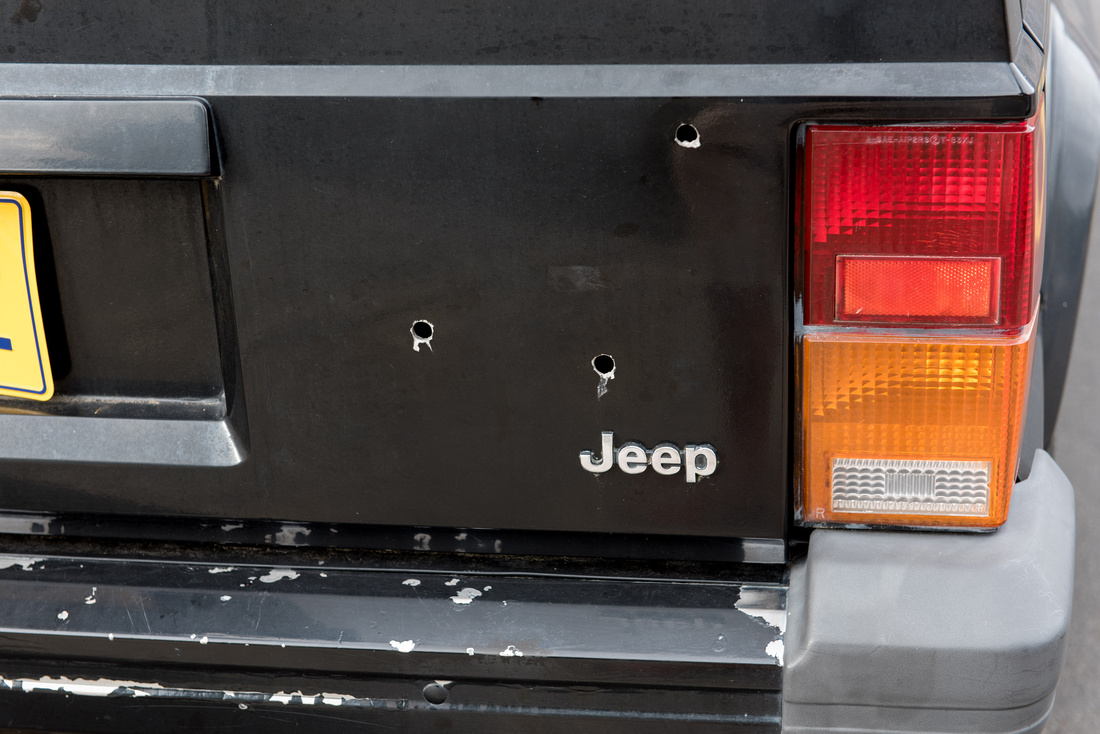 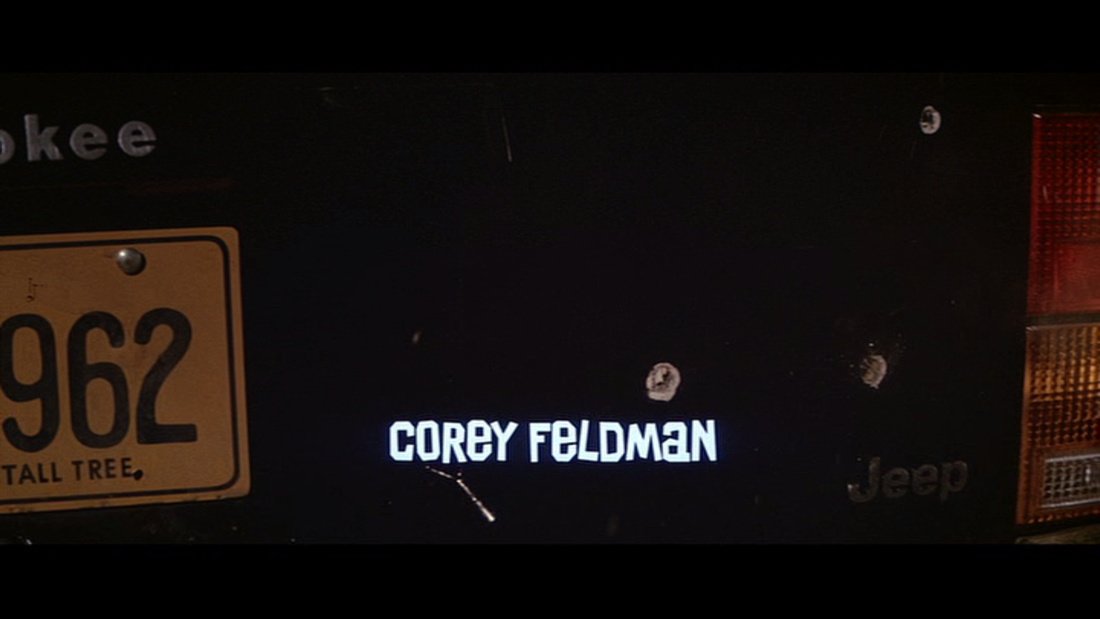 Then the old museum where Mikey's dad worked in The Goonies (which was right across the street from the jail!) 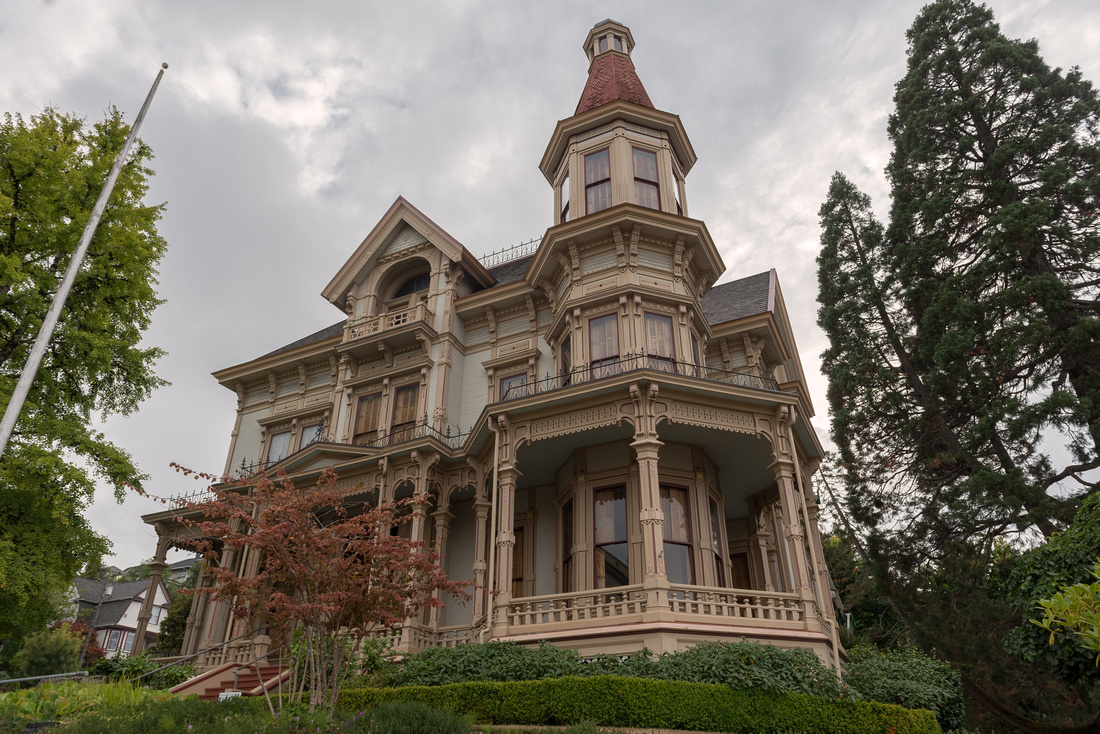 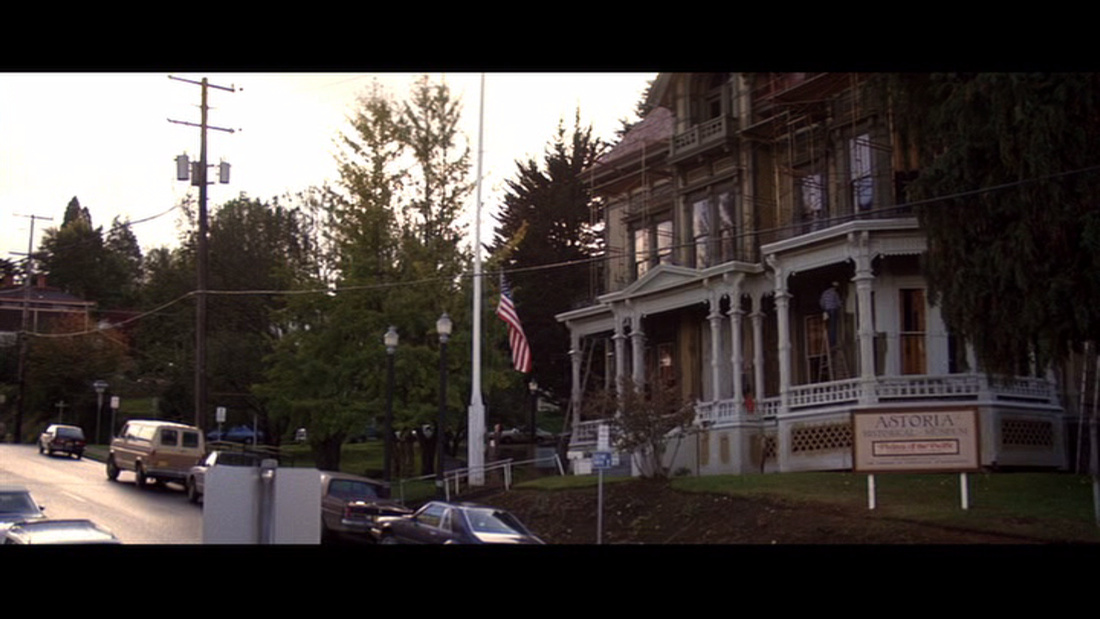 As I headed down to the docks I ended up walking past the bowling alley where Chunk sees the police chase. 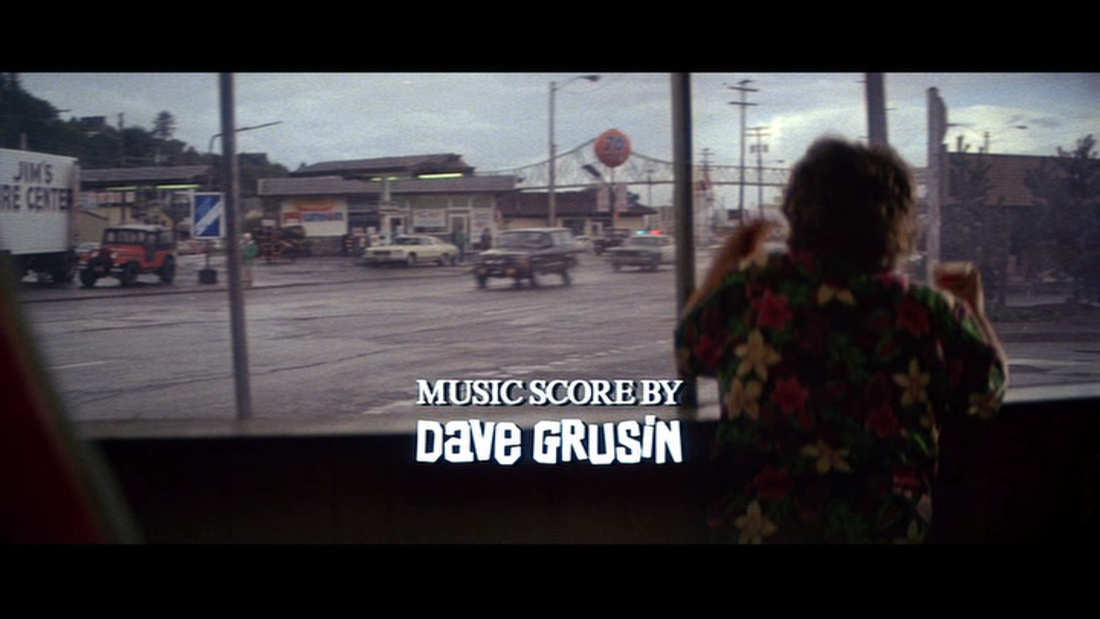 All that was left now was the Goonie House!  Unfortunately the owner recently blocked access to the house, as she was tired of dealing with tourists, I can't say I blame her.  So I had to settle with a shot below the house. 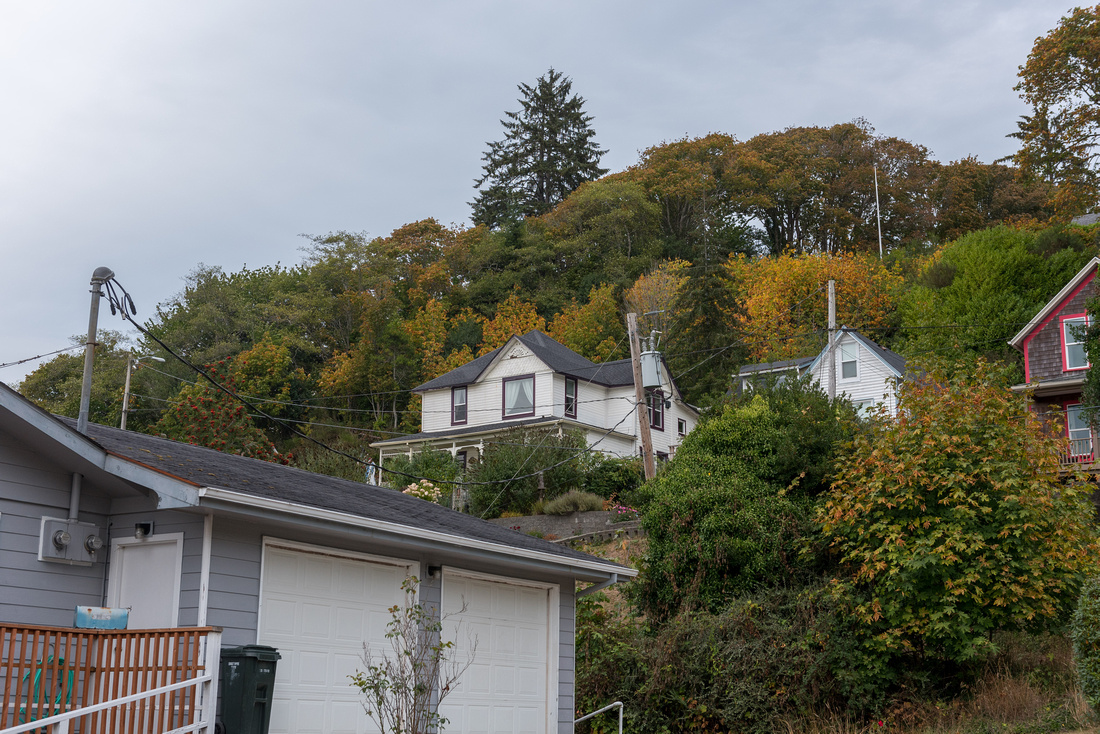 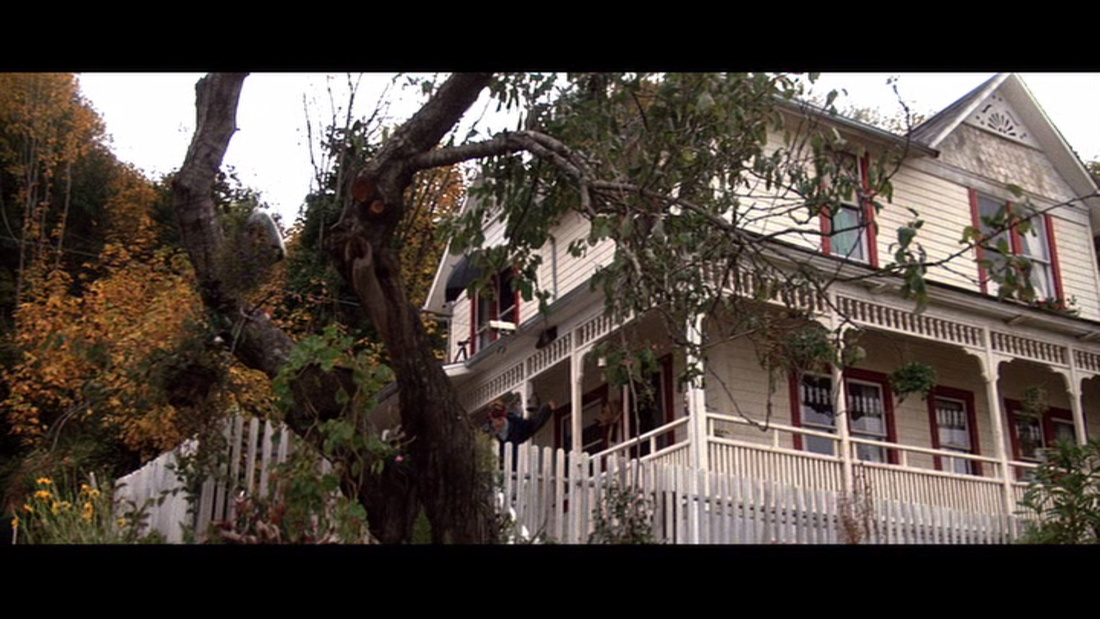 While I was looking up at the house a friendly cat came up to me.  She ended up following me around town for a bit! 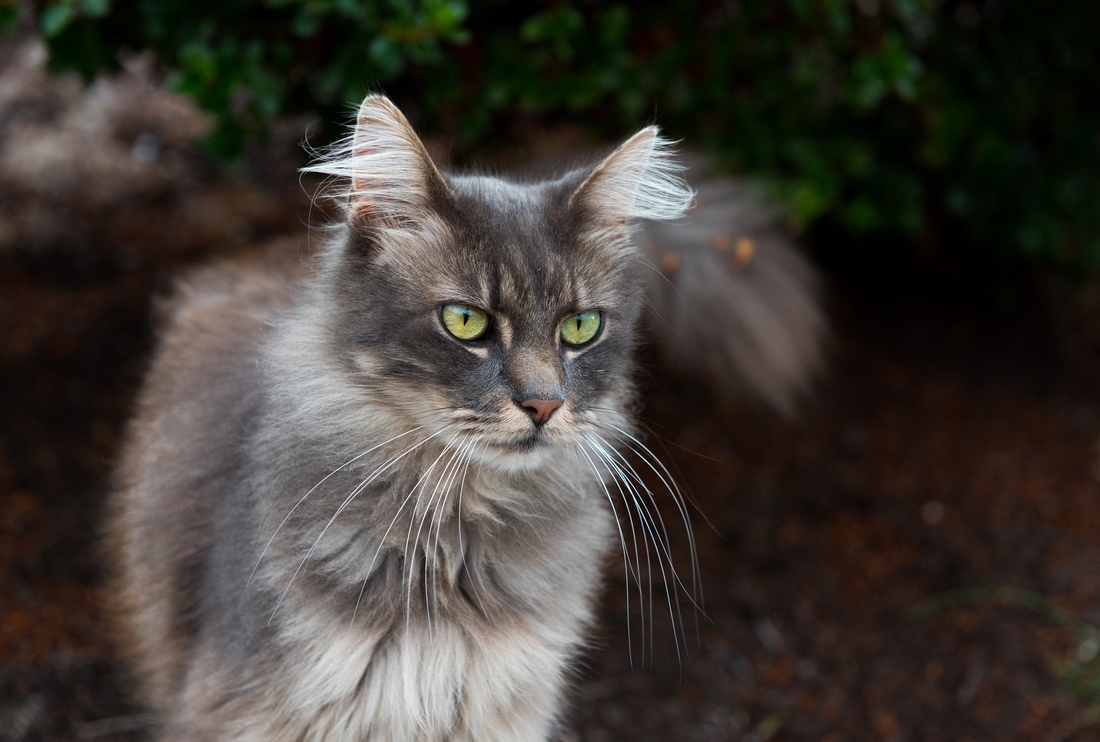 Now that the sun was setting I had a beautiful view of the Astoria bridge, an iconic landmark for me. 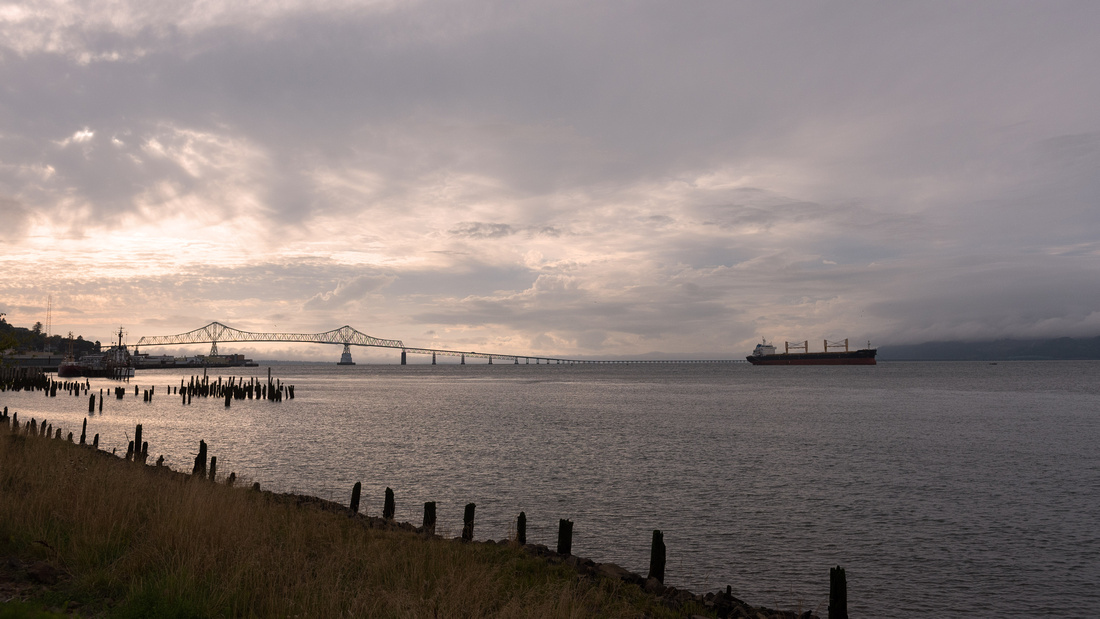 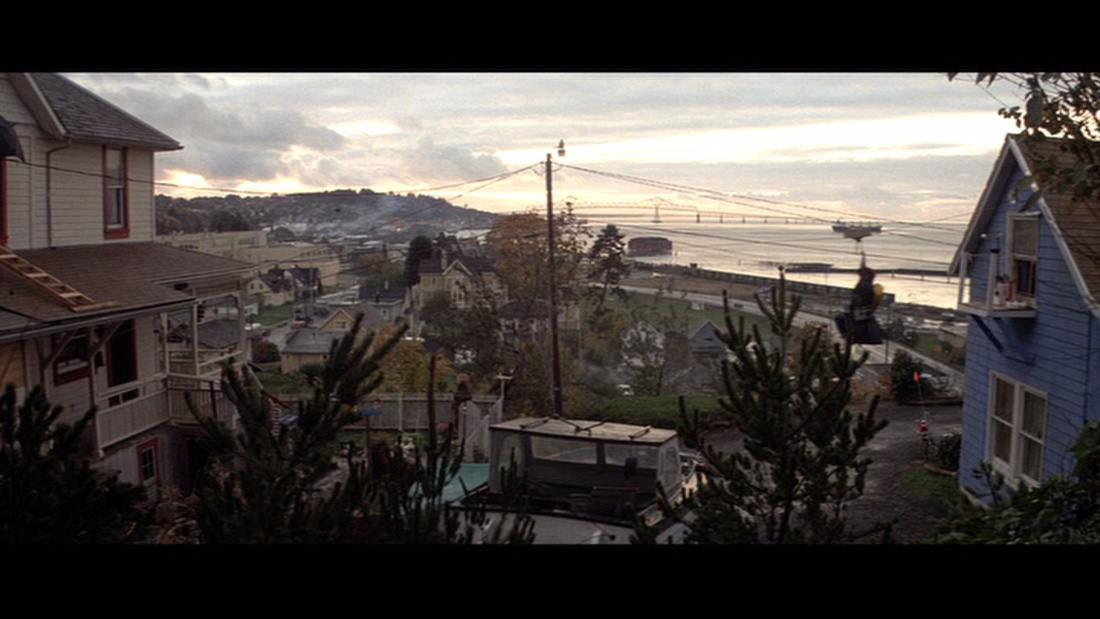 Having seen all the Goonies locations in person, I was ready to finally watch the movie!  I headed back to my hotel room and watched The Goonies while in Astoria!