Headed to the Coast

With Glacier National Park behind me, I was excited to finally reach the Pacific Ocean.  Of course, things didn't work out quite as planned.  When I arrived in Spokane, Washington I realized that Palouse Falls was not too far away.  I also learned that Steptoe Butte, which offers an incredible view of seemingly endless farmland, was on the way there. 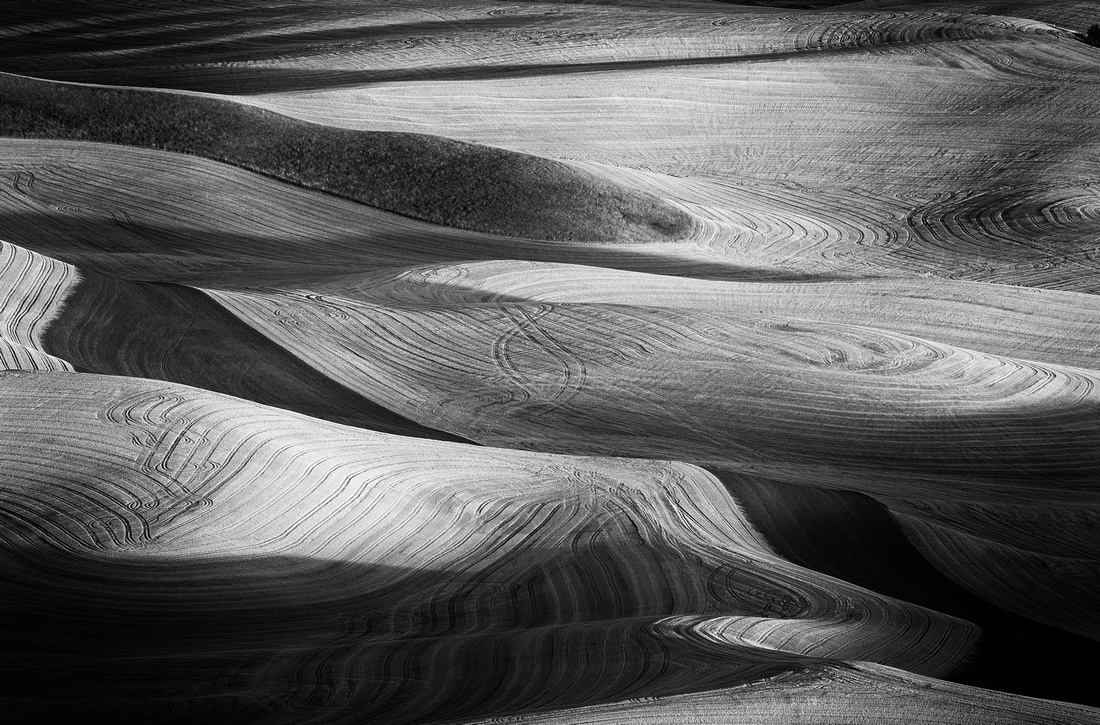 I arrived at Steptoe Butte just after sunset, the sky was still burning red.  I hoped the weather would cooperate for a sunrise photoshoot.  The rolling hills look magical when lit by the early morning sunlight.  At 6am I ventured to the peak of Steptoe Butte.  I couldn't believe my eyes.  There was a massive vehicle already parked up there, it looked like it was built for the apocalypse!  I soon saw a tripod and camera nearby and realized it was another photographer's vehicle.

Apparently he used to own an RV, but it fell off the road when he was driving through Alaska.  He then upgraded to this beast, which can hold over 100 gallons of fuel and drive on just about any surface.  This thing is the ultimate vehicle!  You can follow his photography over on Instagram.

We were treated to quite a show as the sun rose over the distant horizon and began illuminating the endless fields. 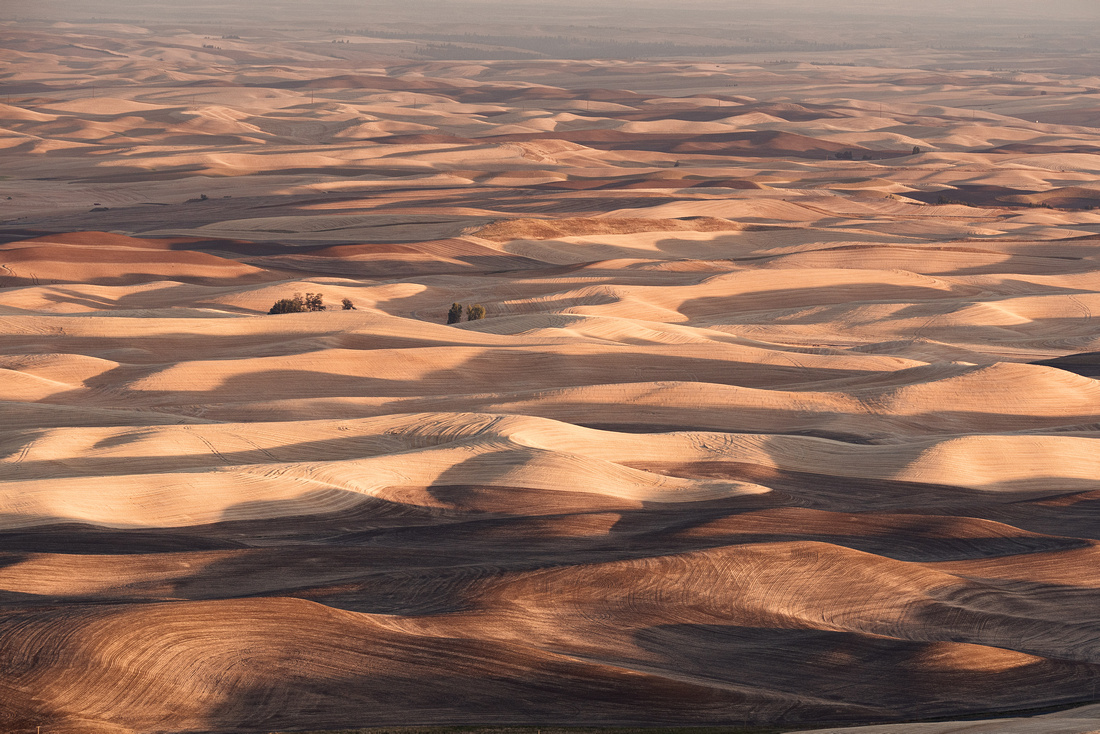 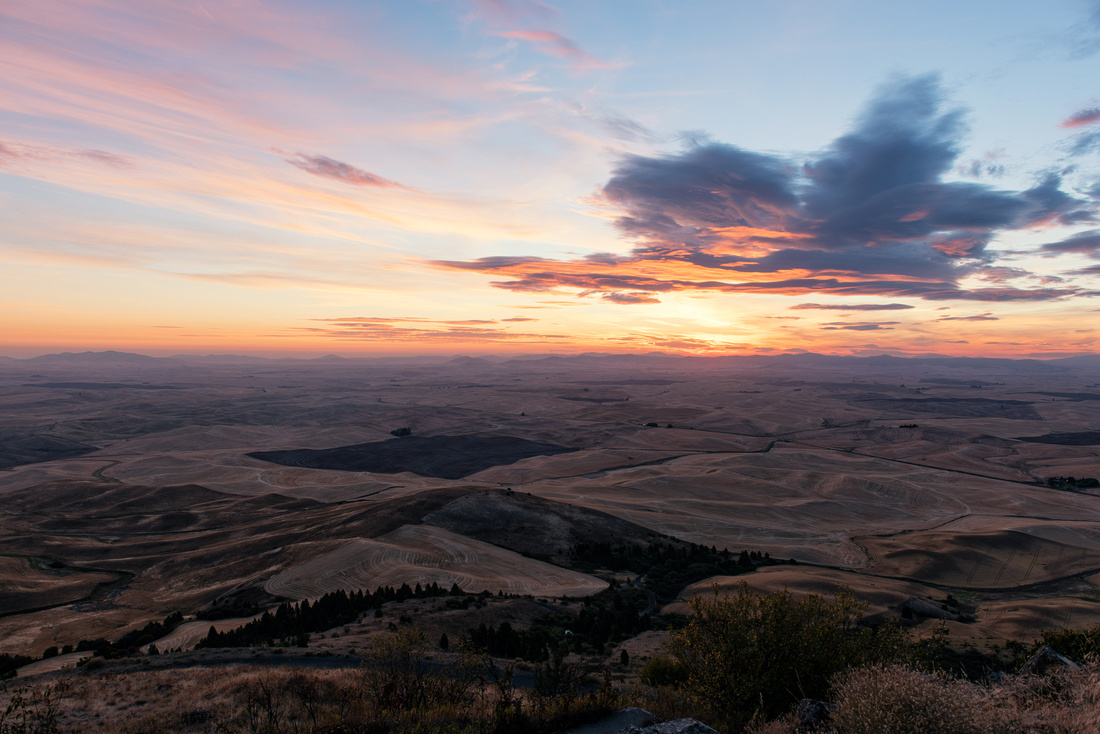 Next stop, Palouse Falls!  It was a surprisingly beautiful and fun drive through the farmlands of eastern Washington.  Suddenly the rolling hills gave way to a massive scar on the landscape.  I had arrived at Palouse Falls. 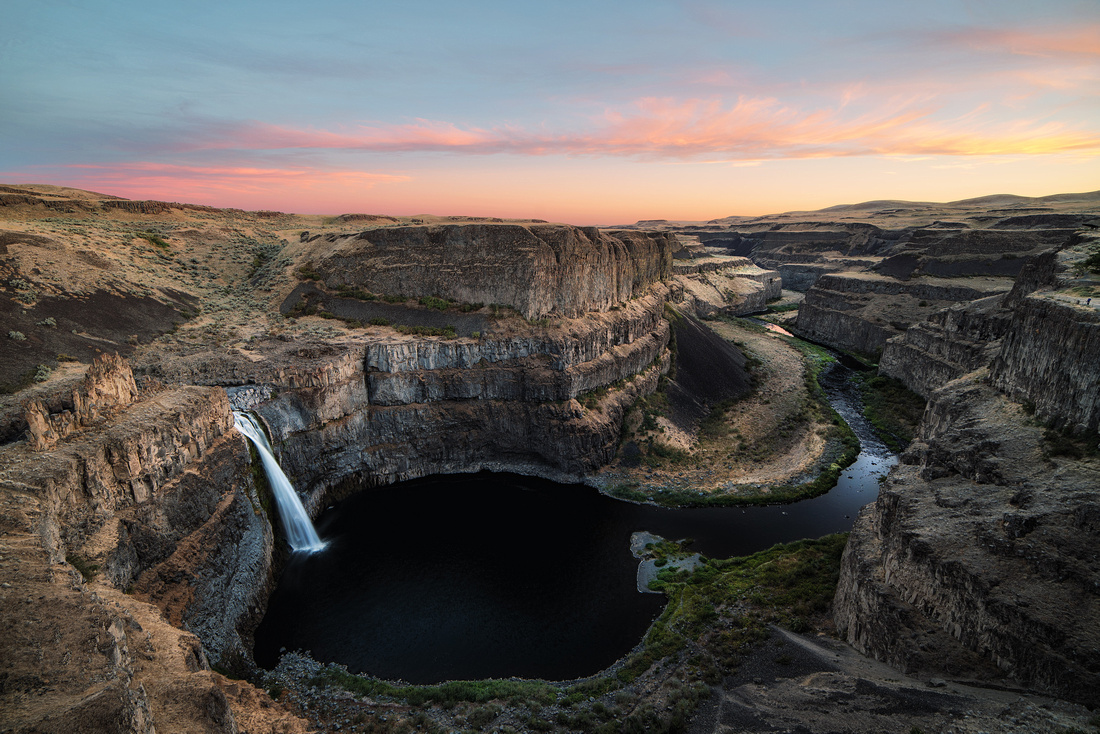 While I was scouting out a good vantage point of the falls I met another photographer, Arnaud Marchais.  Arnaud was spending some time in the USA and visiting friends in Washington when he heard of this waterfall.  He decided to make a detour and check it out.  I learned that he leads photography expeditions all over Europe!  He will be spending a few months this winter up in Norway.  You can see more about his expeditions here (it's all in French though)

Thankfully the sky started to clear up after sunset, which looked perfect for some Milky Way photos!  Arnaud and I ventured back out to the canyon rim at 9:30 PM to see what we could capture.  He had the Nikon 14-24mm lens, arguably the best astro lens, but he lost his tripod mounting plate.  We made a deal.  He could borrow my tripod and I could borrow his lens.  I also had the Sigma 35mm Art with me, a lens he had heard rave reviews about.  He was thrilled to finally try it out!  It turned out to be a fun night under the stars! 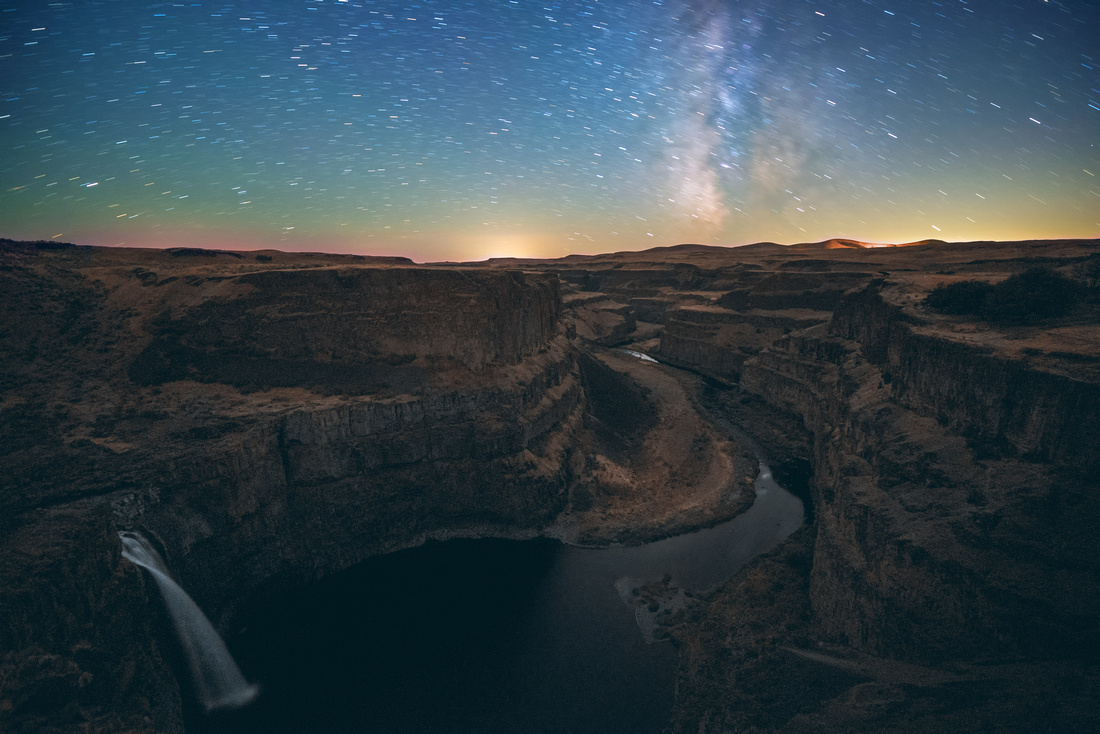 Instead of driving straight to the Seattle area, my course was now completely altered.  I would travel along the Oregon / Washington border, following the Columbia River.  This would work out great though, as I had a bunch of waterfalls to see all along the Gorge.  First up was Spirit Falls. 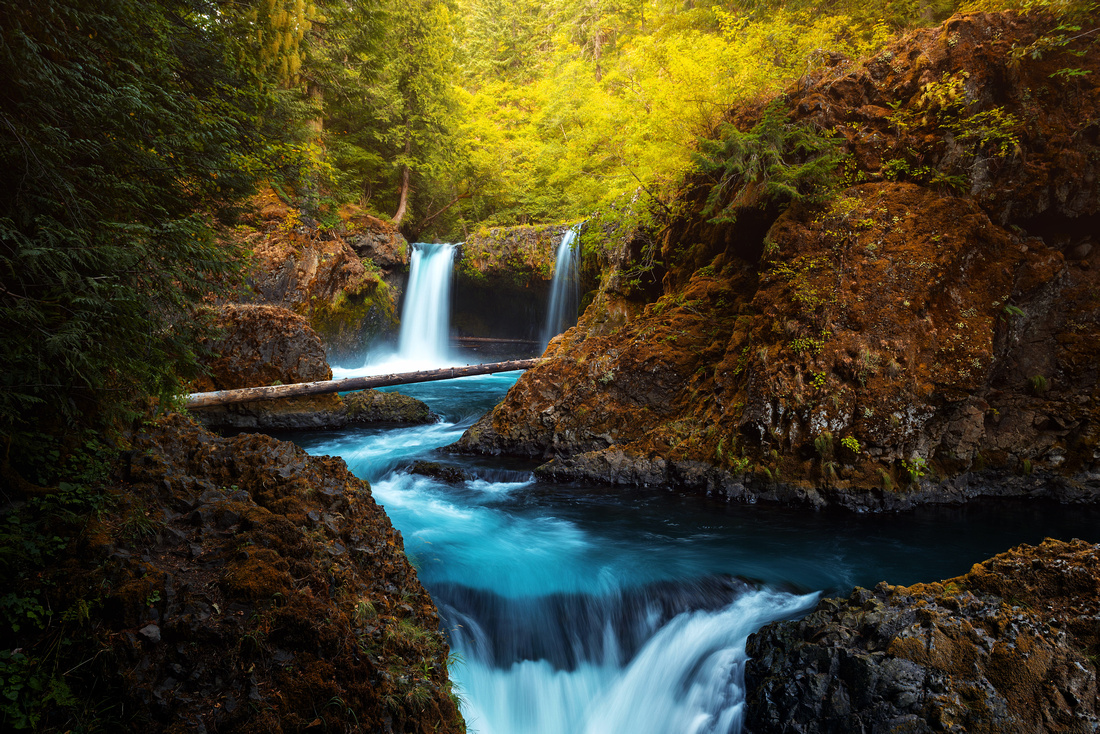 The trail down to Spirit Falls was very sketchy and dangerous, but at least that meant no tourists.  The water was incredibly beautiful, with a cyan tint.

Next stop was Panther Creek Falls, but the sun was starting to set and I needed to find a place to spend the night.  Thankfully there were tons of free campsites along the route up to Panther Creek Falls, as this was National Forest land.  I found a nice little spot along a creek and got a good night's rest.  The next morning was cool and cloudy, perfect for photographing waterfalls.

This waterfall was also poorly marked.  There was a simple gravel pull-off and some chalk markings on the road that pointed to the trailhead.  Thankfully this trail was properly built and I made it to the overlook within 2 minutes.  Not content with the view, I found a ledge to climb down.  I was glad I had taken a rock climbing class in college.  My new location was the perfect spot to photograph the falls from! 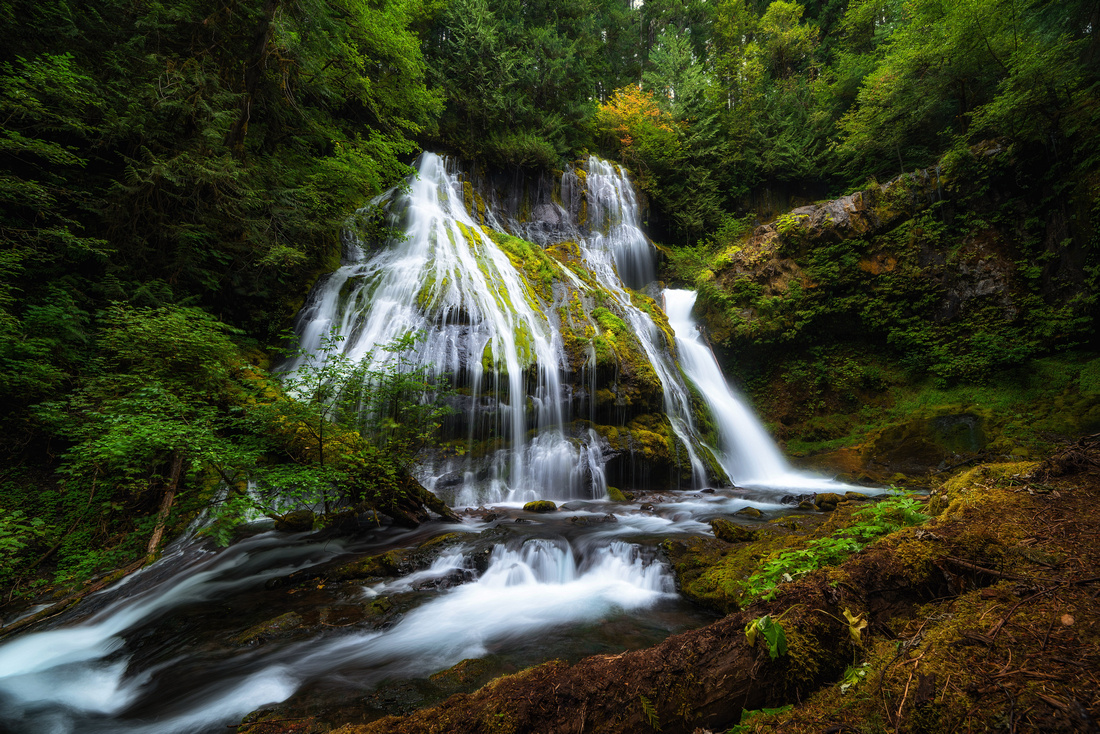 Only 8 waterfalls left to see today!

Falls Creek Falls was next on the list and it turned out to be my favorite one.  As I hiked through the forest to reach it I finally realized I was in the Pacific Northwest.  Ancient, towering trees.  Ferns.  Clouds.  Moss on every rock and tree. 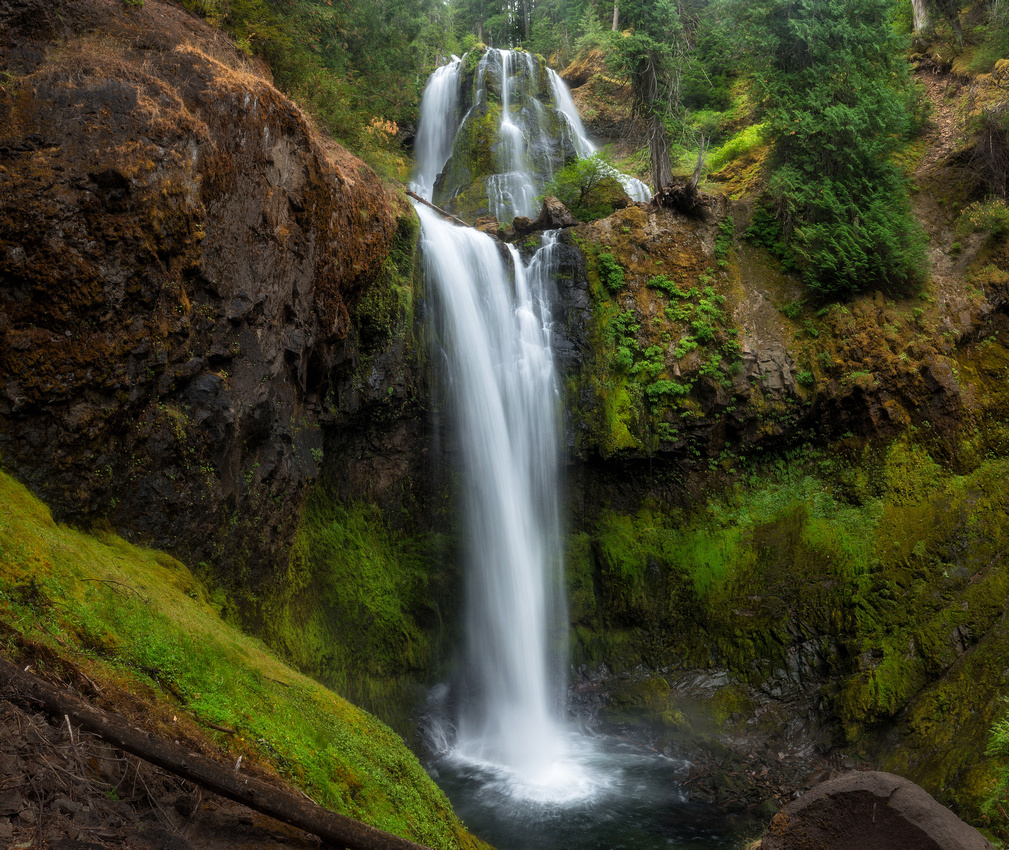 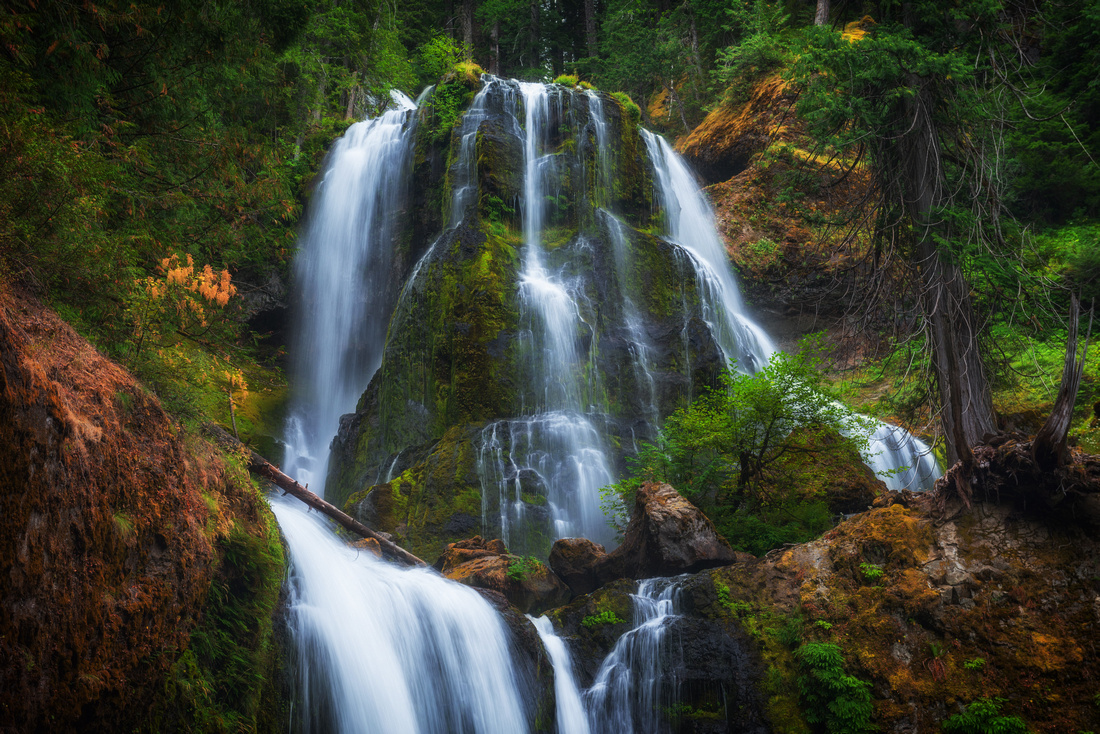 I was starting to get used to having the whole forest to myself, away from the hordes of tourists that had plagued the National Parks.  Of course, it wouldn't last.  Little did I know at the time that the rest of the waterfalls I would visit were all located right off a major highway, meaning tons of tourists.  I spent the rest of the day driving from trailhead to trailhead, hoping to see as many waterfalls as possible. 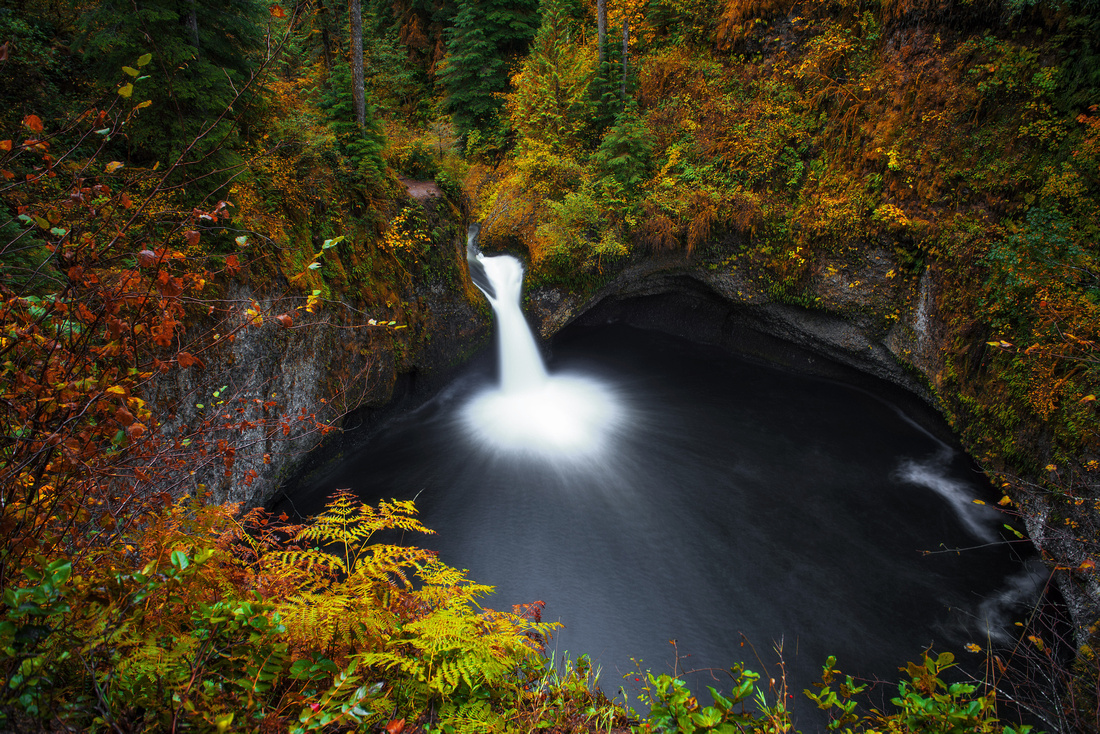 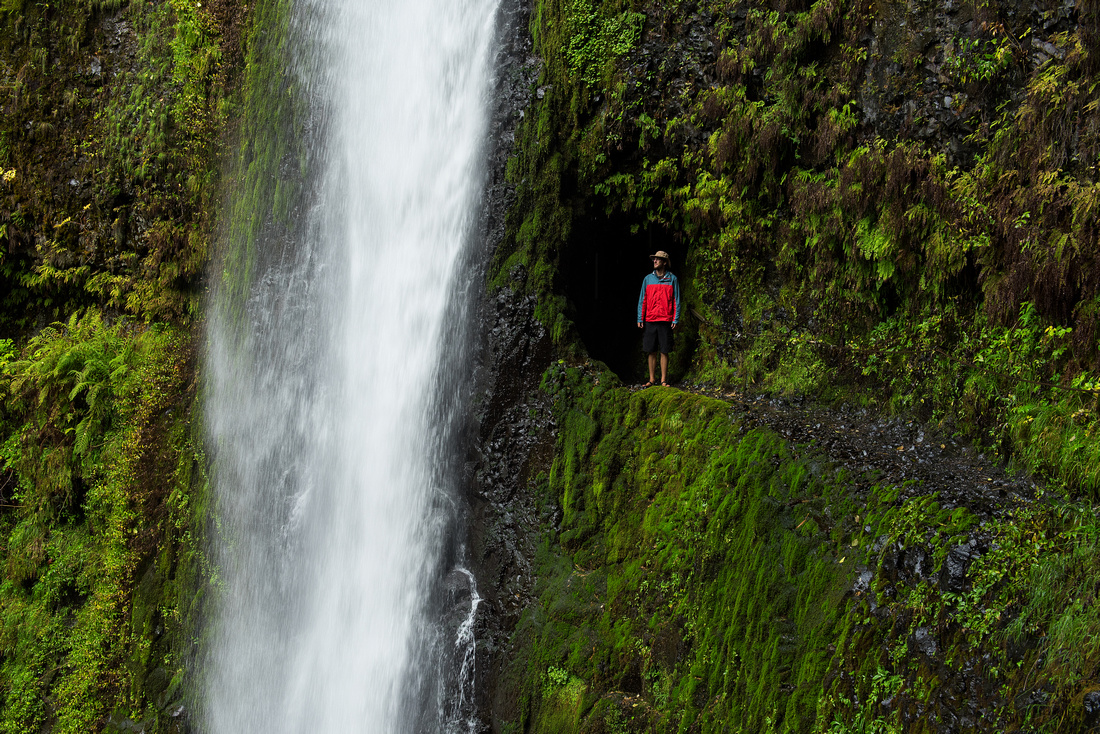 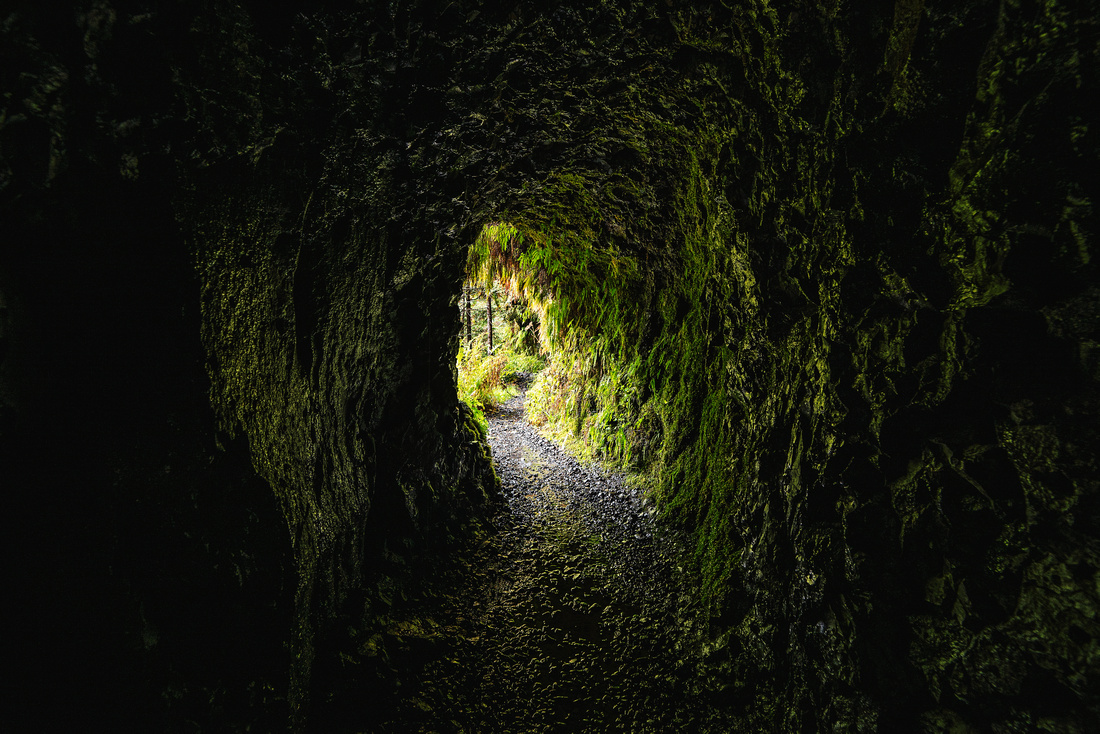 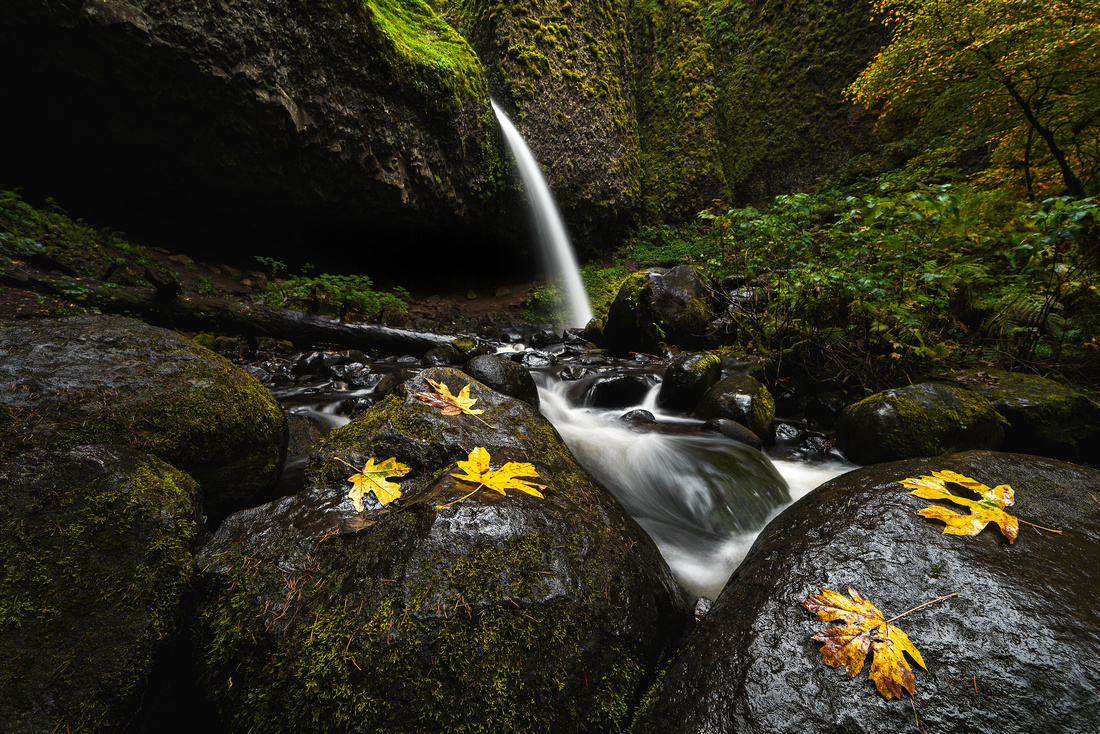 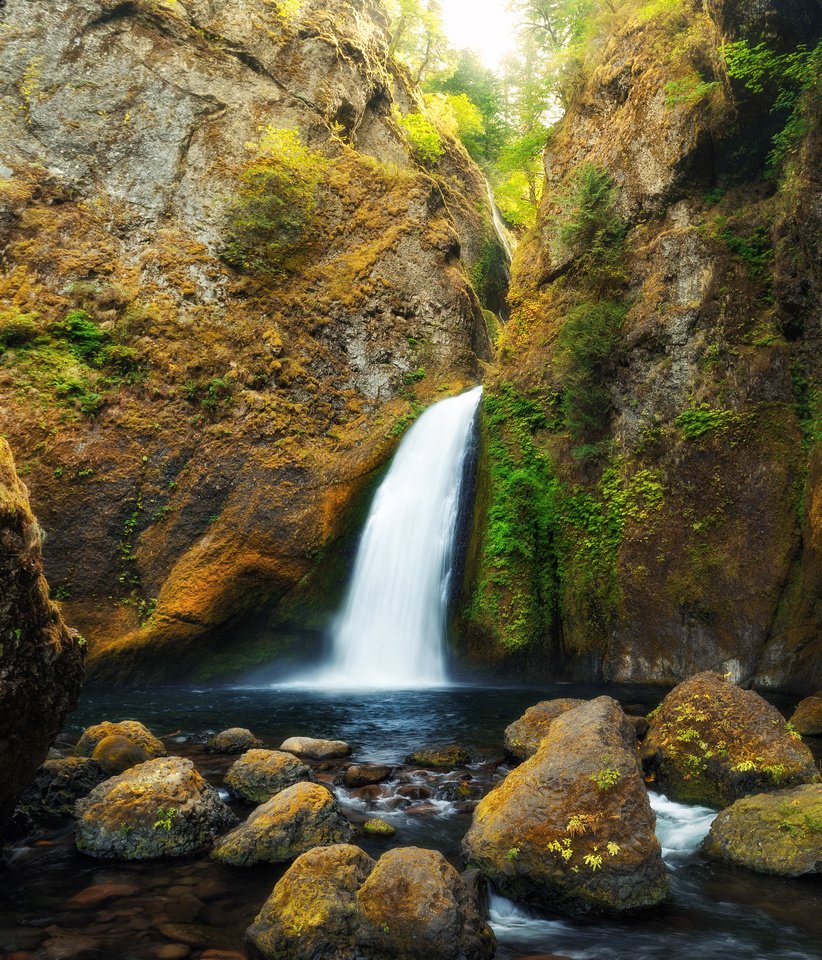 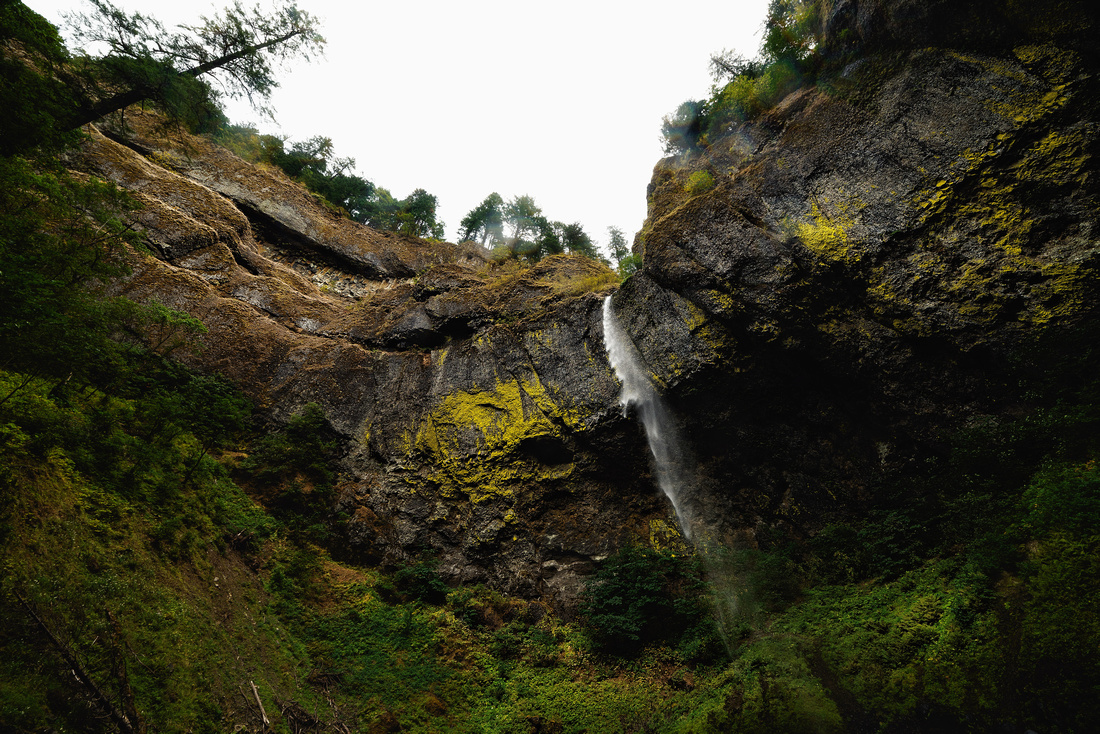 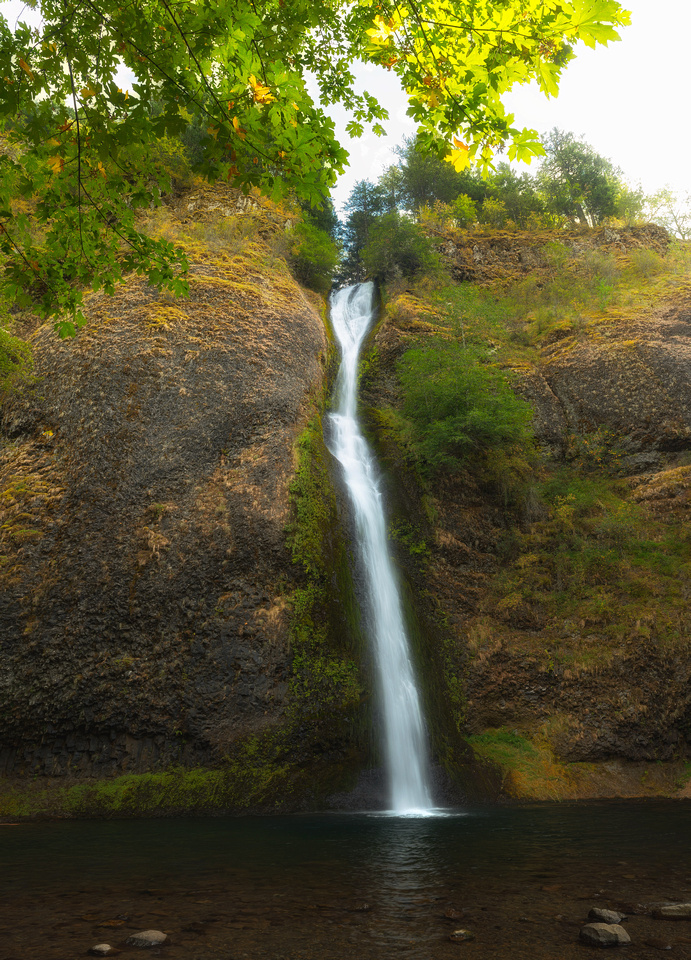 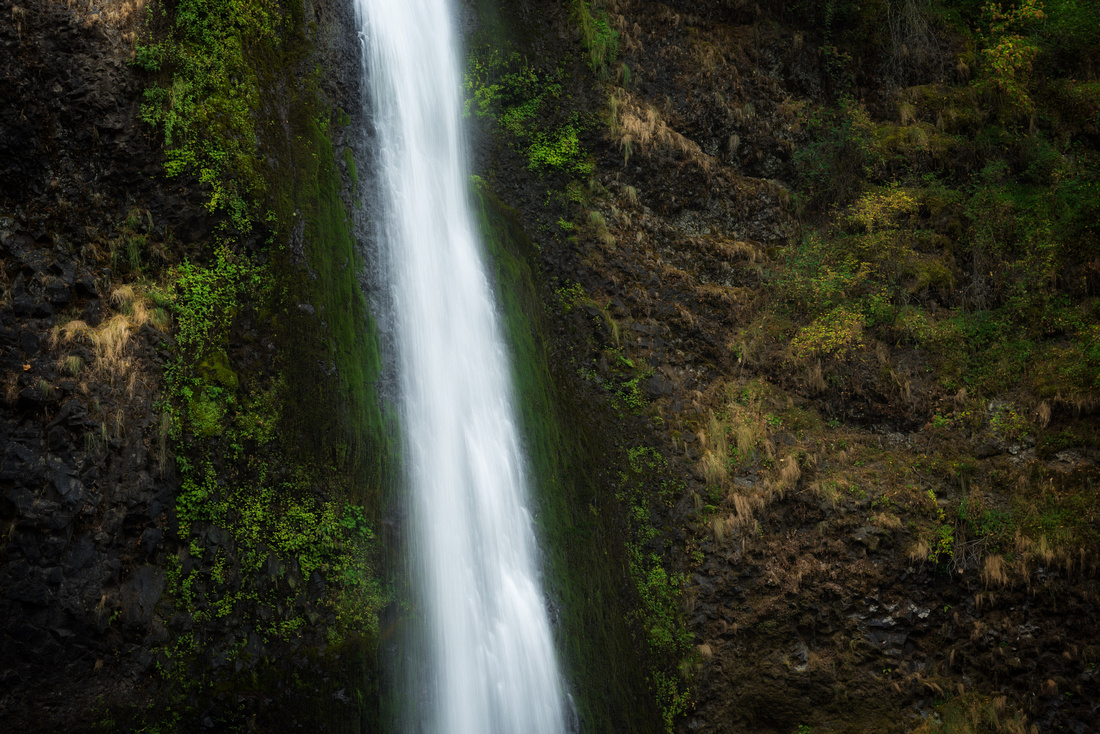 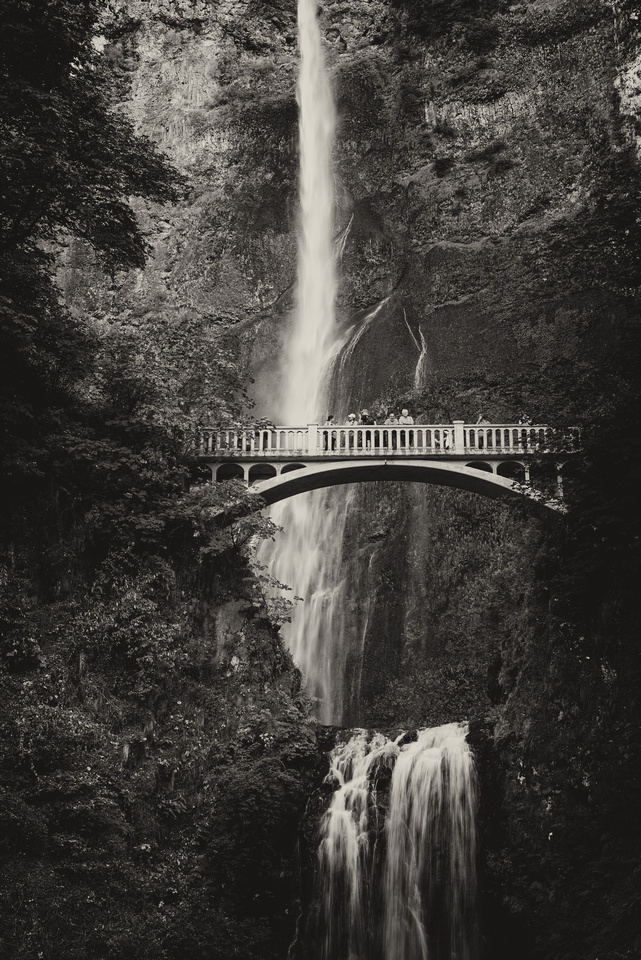 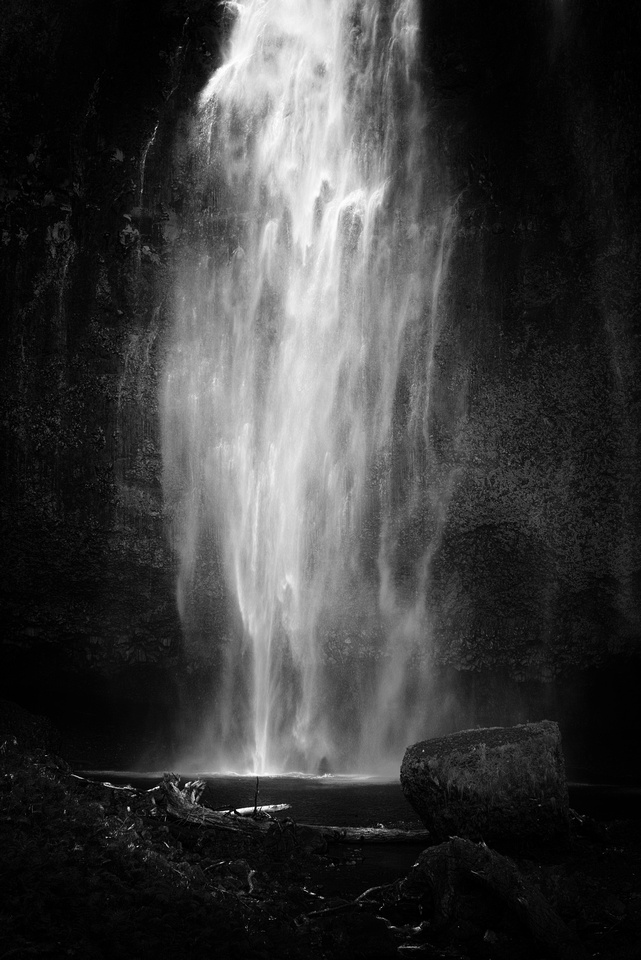 After 2 months on the road there was nothing left between me and the coast.  Just an easy drive in the morning and I would be at Ecola State Park, where they filmed part of the Goonies.  It would be the perfect spot to see the Pacific Ocean for the first time.