The Sigma 35mm Art is renowned for its sharpness and the Sigma Art series lenses are supposed to be some of the best on the market.  I purchased this lens back in 2015, hoping it would make an excellent lens for Milky Way photography, with its f/1.4 aperture.  On my 2016 roadtrip, I was able to capture some stunning Milky Way photos with the Sigma! 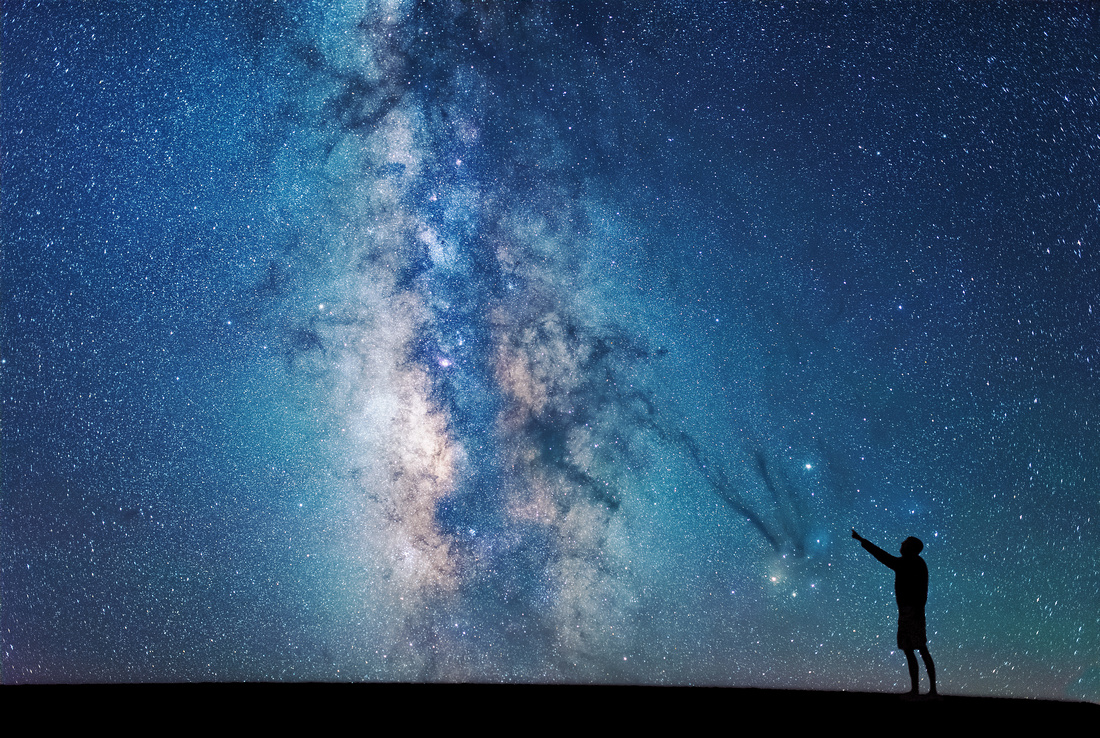 Oddly enough, I never got around to testing the Sigma's performance until my recent trip to Cherry Springs.  I wanted to see just how bad the coma really was.  For these tests I set the camera to an 8 second exposure, following the 300 Rule for sharp stars.  I changed the aperture from f/1.4, f/1.8, f/2, f/2.8 in each subsequent photo.

I was really surprised to see how well the lens performed at f/2.8 compared to the other aperture values.  It's almost like a completely different lens!  The slideshow below shows each aperture value.  Notice how the vignette disappears at f/2.8.  Mobile users can click here to see the gallery.  (Desktop users can use the Right and Left arrow keys to quickly swap between images) 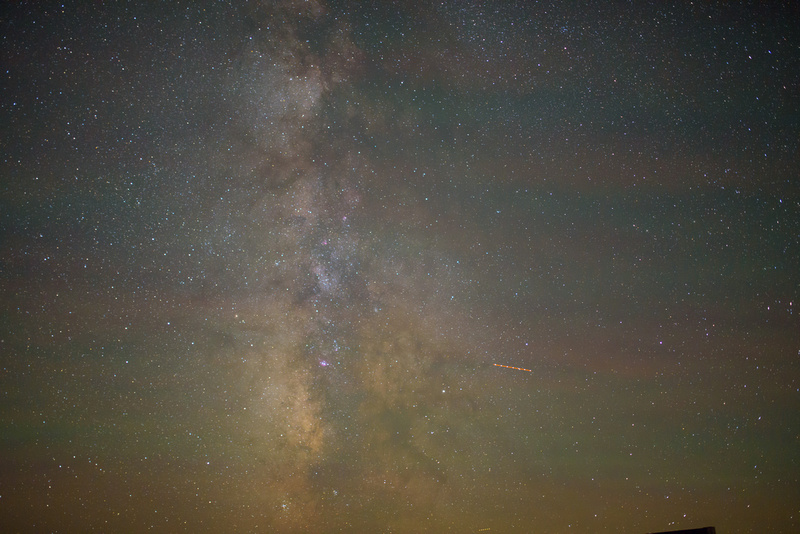 The vignette can be easily corrected by stopping down.  Alternatively, you can use the built-in Lens Correction Profile in Adobe Camera RAW to remove the vignette.  After applying the profile corrections, each image looked virtually identical.

Coma is always a major concern for any lens at night.  Instead of having pin-point sharp stars, they appear to grow wings.  This can usually be fixed by stopping-down.  Personally, if I have a lens that can open up to f/1.4, I want to use it there!  More light is always better when photographing at night.  The slideshow below shows 2 coma examples.  One was a very heavy crop to the right corner of the image.  The other was a heavy crop near the center.  Click here to visit the Coma Gallery. 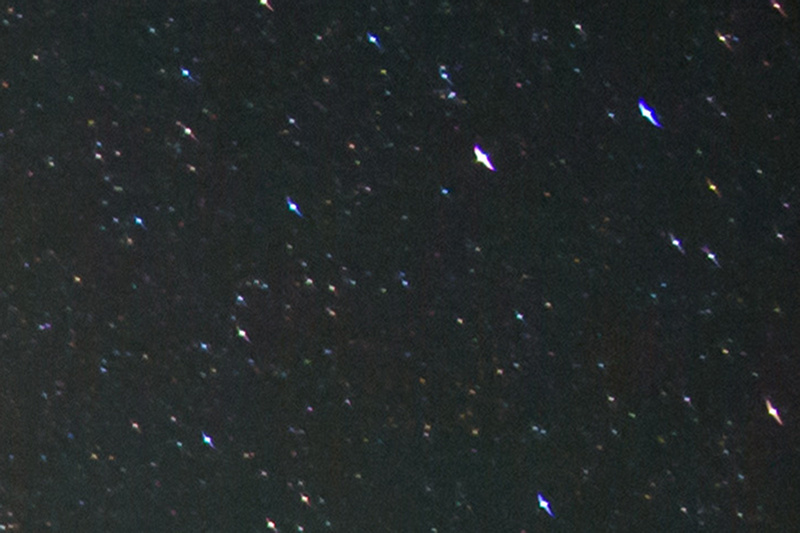 At f/1.4 the coma is pretty bad.  Even in the center of the image, the stars are exhibit some coma distortion.  It took until f/2.8 for the coma to disappear entirely.  Another thing you'll notice is how much noisier the image becomes as the lens is stopped down.  As the aperture changes from f/1.4 to f/2.8, there is a loss of 4 times the amount of light!!  Now you can see why I want to use this lens at f/1.4 as much as possible!

If you're planning to do nightscapes, with the Milky Way above and landscape below, a 35mm lens may be too narrow.  In my experience, the 35mm focal length is just wide enough to capture the core of the Milky Way with a sliver of foreground.  I normally use a 14-24mm lens for my nightscape photos.  Not only does a wider lens allow me to use a much longer shutter speed, I can almost always incorporate an interesting foreground and sky in one image.  With the 35mm focal length, you will likely need to create panoramas.  This can ultimately lead to a much higher quality image, but it's a lot more difficult.

Your Depth of Field with the Sigma 35mm Art will also be a concern.  At 14mm I can focus on the stars, and know that my foreground will likely still be sharp, even at f/2.8!  The wider the lens, the more depth of field you will have.  At 35mm you will likely need to focus stack if you want to get a nice foreground in.  Combine this with having to do a panorama, and you're in for a nightmare!

If you plan to buy this lens, I would recommend looking into a star tracker.  You can then use the lens at f/2.8 and use a much longer shutter speed, without star trails.  If you align the star tracker precisely, you could probably shoot up to 3 minutes without star trails!  This would result in nearly noise-free images, with a lot more detail and color!  Then, you can use your Milky Way photo and blend it with a foreground image in Photoshop.  You can watch my blending tutorial on Youtube, which covers this process in-depth.

For the image below, I focused on the stars.  As you can see, the Joshua Tree's were slightly out of focus, even though they were at least 10 feet away from the camera.  If I had been using a 14mm lens, I literally could have been 1-2 feet away from the tree and still had sharp stars and a sharp tree! 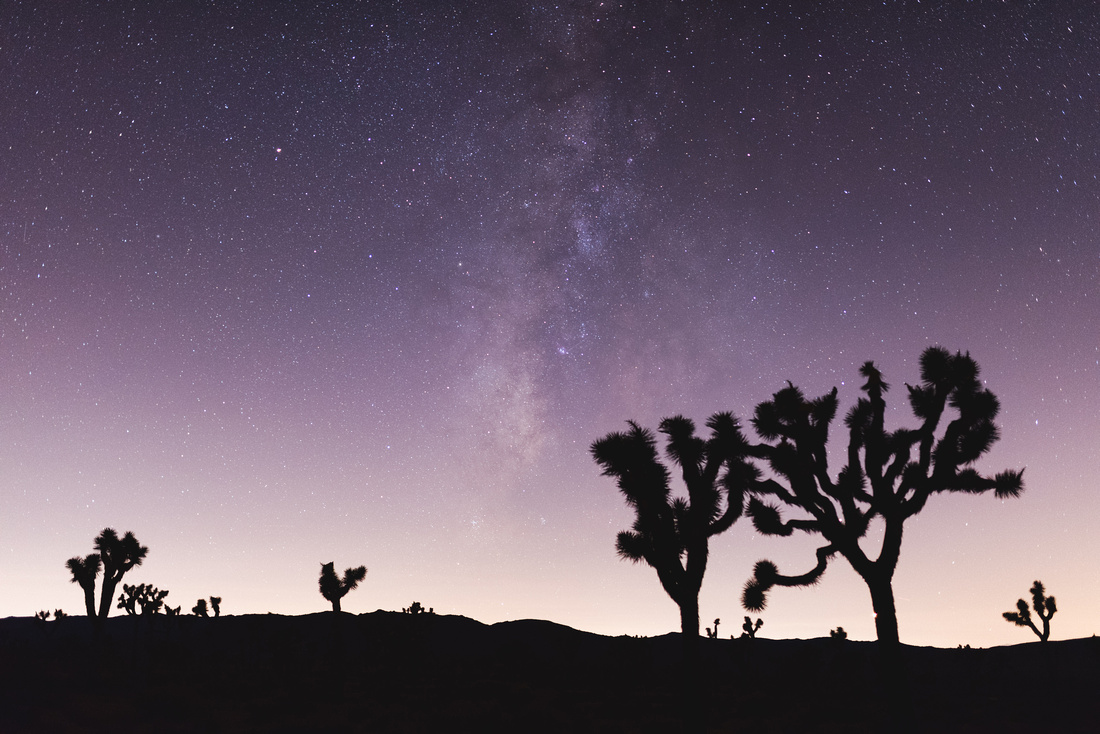 The Sigma 35mm Art can capture an extraordinary amount of light when opened up to f/1.4.  This will allow you to capture tons of detail in the Milky Way and substantially reduce the amount of grain.  However, the coma performance is pretty bad when the lens is wide-open.  Therefore, if I am using my star tracker, I'll actually use f/4.  At f/4 the stars are finally mostly free of coma and distortion.

When using this lens, there are a couple different routes you could go.  Set the camera to f/2.8 and take multiple photos (20+).  This process is called Photo Stacking and will remove the grain from the photo.  I recommend using Sequator, a free stacking software, to do this.  This method will allow for sharp stars, no vignette, and a grain-free image!  Click here to watch my Sequator video.

Alternatively, you can buy a star tracker and set the camera to f/4.  The star tracker will move the camera at the same speed as Earth's rotation, allowing you to take much longer photos without star trails.  If you set it up correctly, you can shoot a single exposure for well over 2 minutes without any blur in the stars!  Of course, you would then need to blend a static foreground photo with the tracked sky photo.  This would give you a sharp foreground and noise-free, incredibly detailed sky.  Click here to learn more about Star Trackers.

Ultimately, the Sigma 35mm Art is a good lens, but it has flaws.  One major flaw I didn't discuss in this post is the auto-focus performance.  I lost almost 90% of the photos from a portrait shoot because the camera was front-focusing considerably, leaving the model blurry.  Obviously this isn't a concern for nightscapes, but it's worth mentioning.

Jorge Yubank(non-registered)
This is so awesome!! I have a 35mm lense just don’t know where to start and I will love to learn more
Sky(non-registered)
Thanks for the review. This is exctly the info I was looking for!
Louis(non-registered)
Have you had any experience with the Rokinon 35mm? I saw a really thorough coma comparison on DPReview, and the Rokinon performed much better than the Sigma in that regard. The Nikon Z 35mm was the best, followed by a Zeiss and the Rokinon.
Matthew Landon(non-registered)
Great review! I have the 50mm F/1.4 Art and find exactly the same performance issues. I'm going to be returning it and will look at either the monster lens, the 14mm F/1.8, or the tiny (by comparison) Laowa 15mm F/2. I know a tracker would solve a lot of these issues, I'm just not ready to add in that level of complexity to my work right now.
I really appreciate your channel, insights and images.
Harald Bolten(non-registered)
Excellent review! I was considering to buy that lens for astrophotography purposes. It seems, the coma is much worse than with my Pentax 24-70mm lens. Thank you for helping me to avoid spending a lot of money for a disapointing lens.