After spending the first 35 days of my roadtrip in Colorado, I was ready to move on to Wyoming.  The 8+ hour drive from Colorado to Wyoming was an interesting one.  Google Maps took me through the middle of nowhere in Northwest Colorado.  I saw maybe 3 other people on the road in 4 hours of travel time.  Eventually Google told me to turn onto a dirt road headed into the mountains.  Great.  As I drove through the canyons, I thought for sure I’d see some Jawas.  I felt like R2D2 as he slowly meandered through that desert canyon.  Oddly enough, as soon as I crossed into Wyoming the road was paved. 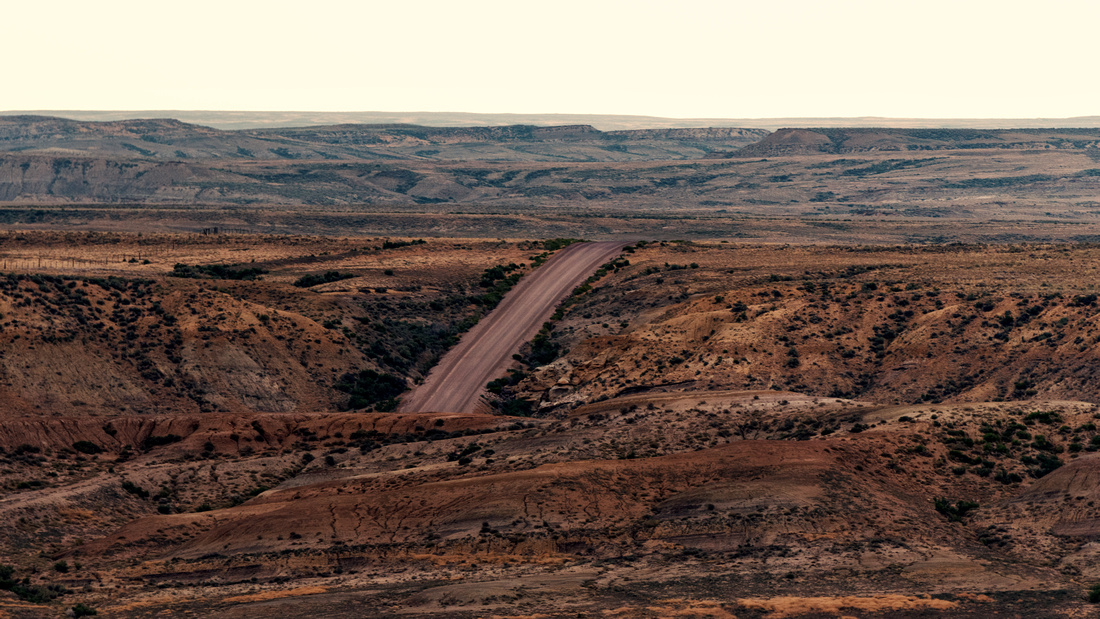 By 10pm it was finally dark in the flatlands of Wyoming, so I pulled off the highway and spent the night sleeping in the car.  The next morning I drove through a wildfire zone.  Smoke filled the air for miles.  The forests were blackened and dead.  The early morning sun that had been shining so bright was now a faint glow in the smoke filled sky.  I felt like I was in The Road.

I arrived in Jackson Hole by 8am, the faint smell of smoke still lingered in the air.  For my first adventure, I went over to Phelps Lake for a swim.  The water was very refreshing on a hot summer day.  After my swim I took out my telephoto lens to see the Grand Teton up close.  To my surprise, climbers were actually visible on the peak! 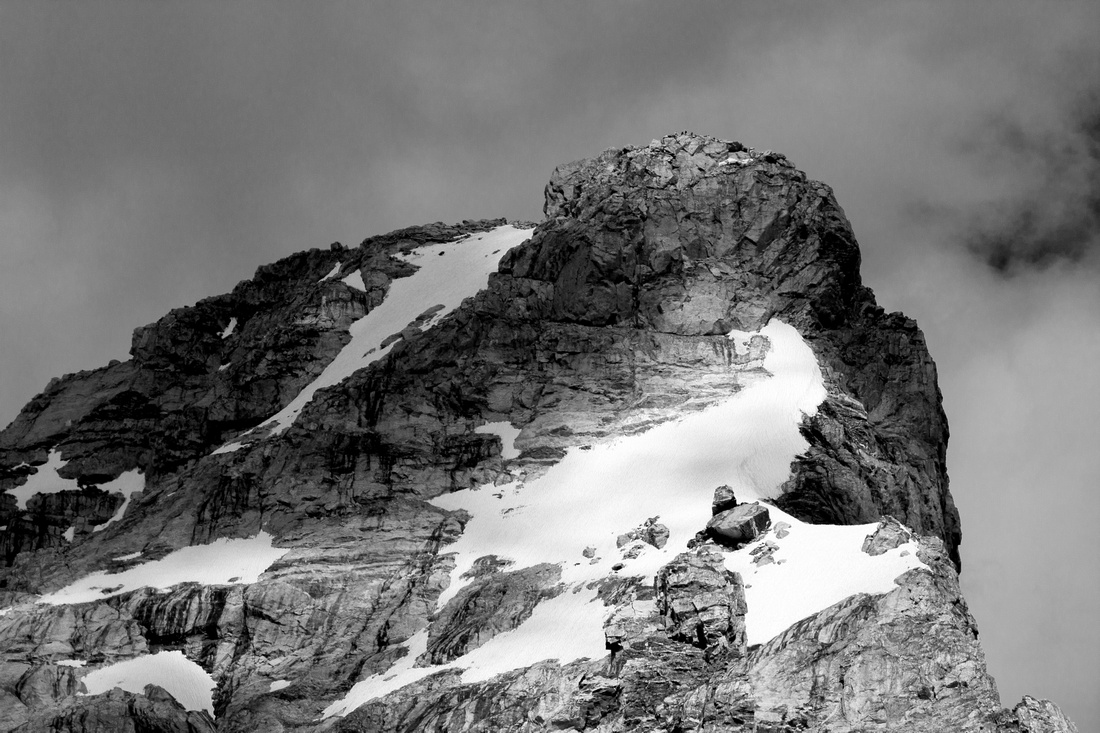 I also messed around with my ND filters for a bit.  To create the image below I used 16 Stops of Neutral Density filters which allowed me to take an 8 minute long photo.  You can see how the clouds stretched out over that time period. 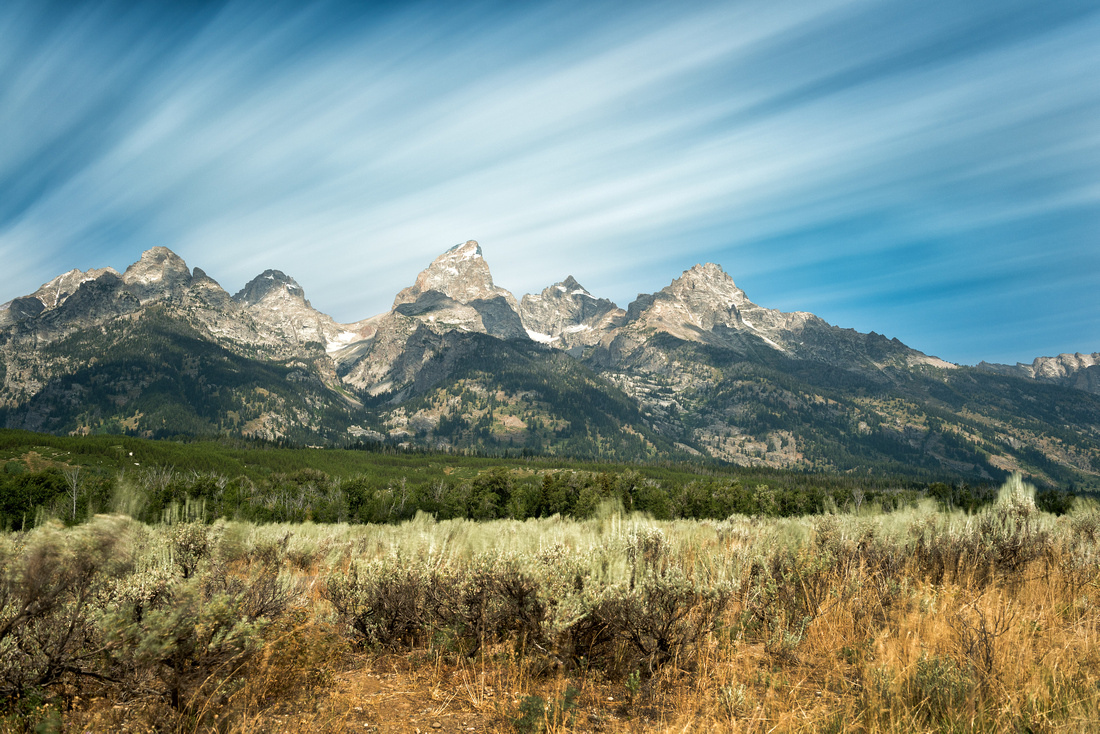 As the sun set over the Grand Tetons, I cooked my dehydrated meal and had dinner with a view.  Since the skies were clearing up, I figured I'd try a Star Trails photo. If you look closely you can see hikers headlamps as they came down the mountain. By 12am I was headed to Jenny Lake for the second star trail photo.  The water was smooth as glass, perfect to pick up star reflections.  I set the camera in the water and headed back to my car to sleep.  As I reclined in the driver's seat, I felt like an astronaut about to blast off into space.  My alarm went off at 2am, the star trails were done. Finally time to get to camp!  On my way to the Shadow Mountain campsite I saw a fox, owl, and porcupine all standing in the road!  Thankfully I was driving slow and didn't hit them; I did scare away the owl's midnight mouse snack though. 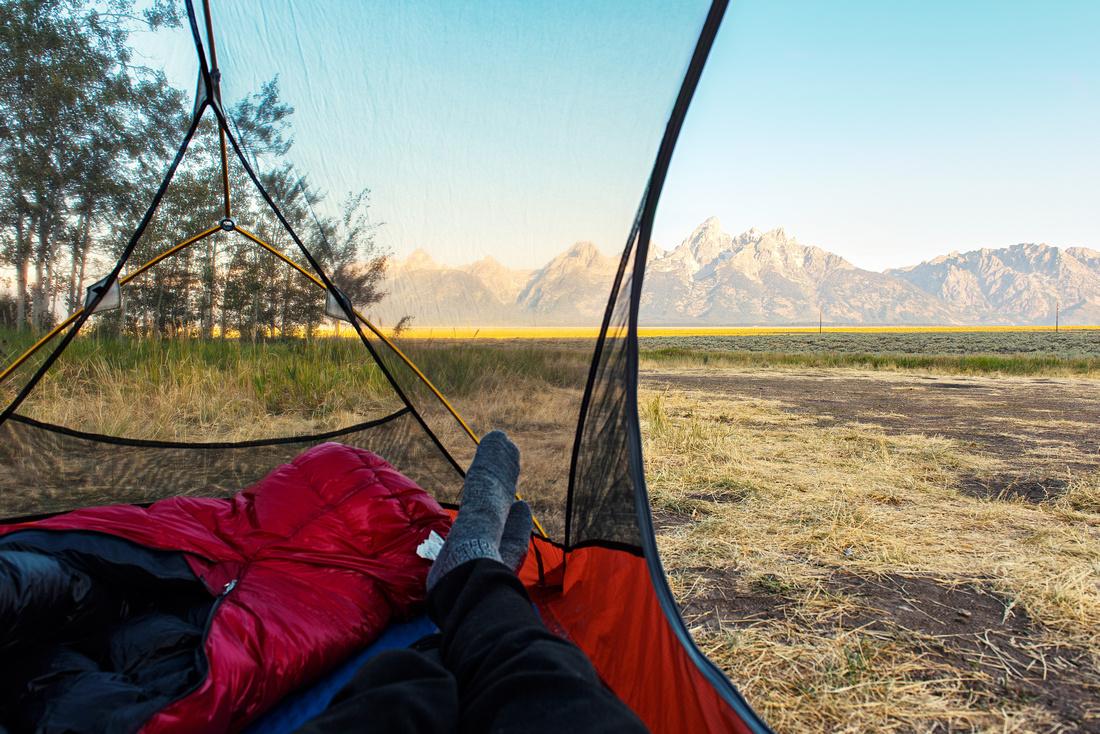 My favorite campsite so far

I really wanted to get a great sunrise photo while I was in the Tetons, and I heard Schwabacher Landing was the place to go.  After breaking camp at 5:40am I got there just in time!  To my surprise, there were about 12 other photographers already there.  As we watched the first rays of light strike the mountain peak, a storm started to blow in from the south. 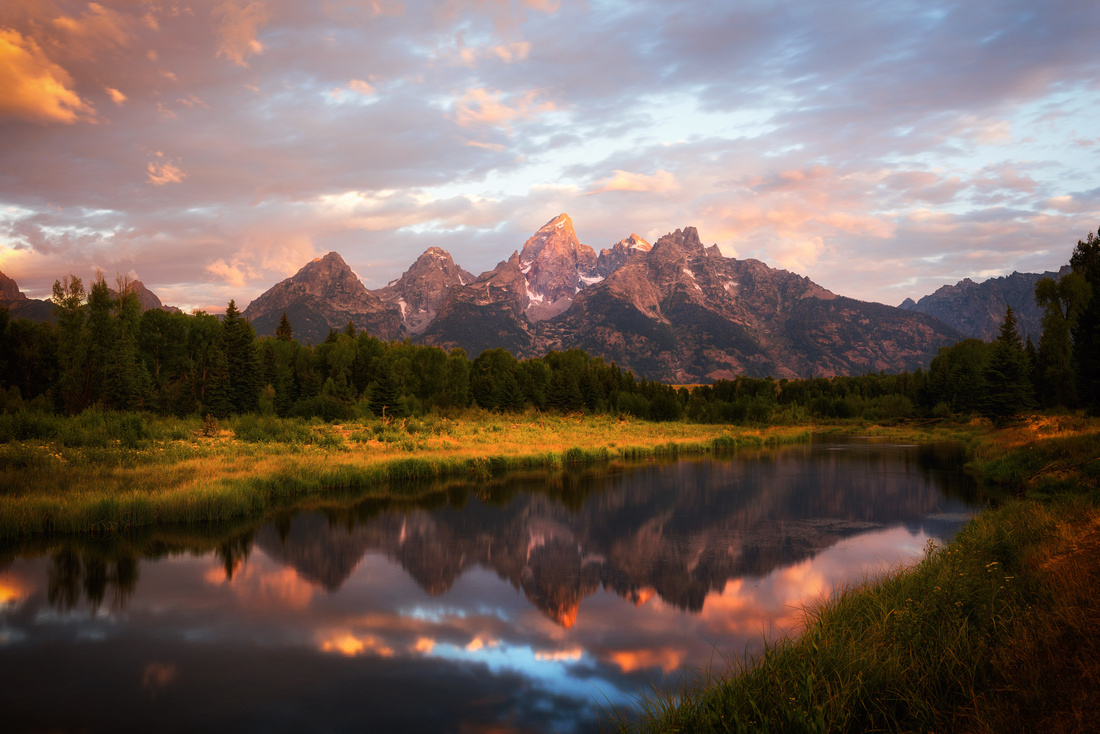 Within minutes a rainbow started to form.  The sky glowed orange and it began to drizzle. 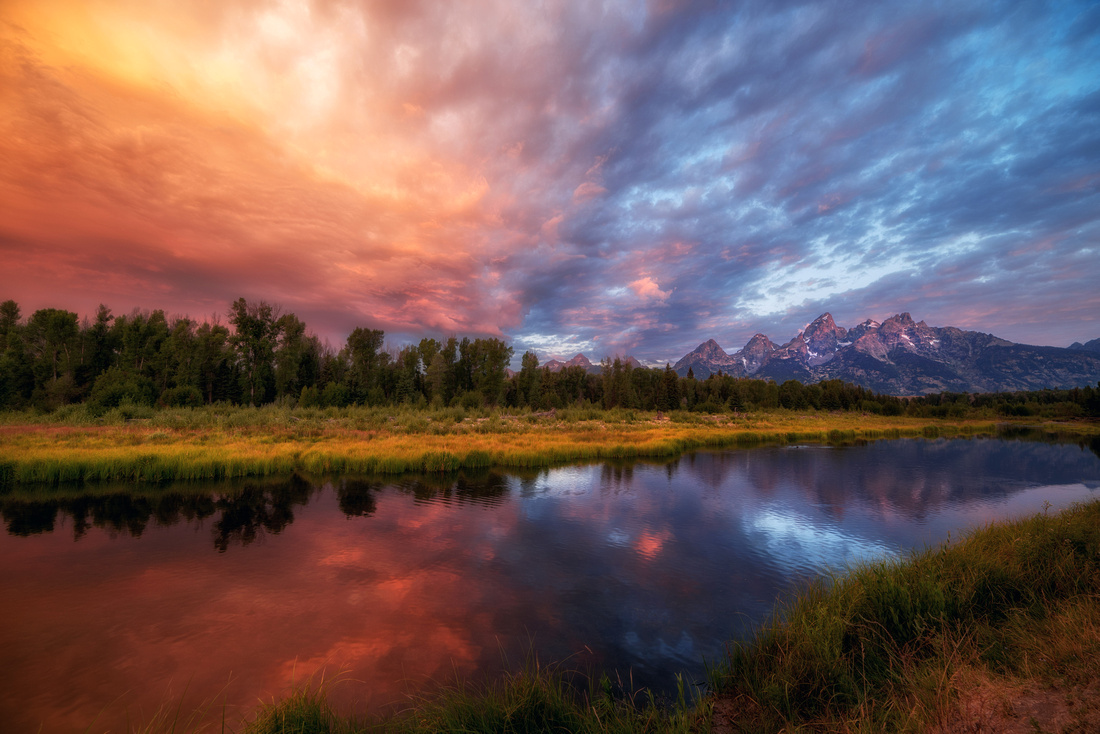 Soon it began to pour, most of the photographers ran for their cars.  I watched as the rainbow finally completed it's arch, right in front of the Grand Tetons! Everyone was ecstatic afterwards, longtime area photographers were in awe.  Two guys even cracked open celebratory beers!  This was the best sunrise that most of us had seen.  One photographer, who came here nearly every morning for sunrise, said this was the best one yet!

After a long day of storms, the skies finally cleared up at sunset.  It looked like a perfect night for some Milky Way photos.  I drove over to the Jenny Lake Overlook and went stargazing for a while.

The Milky Way glowed overhead, while the occasional fireball raced across the sky. 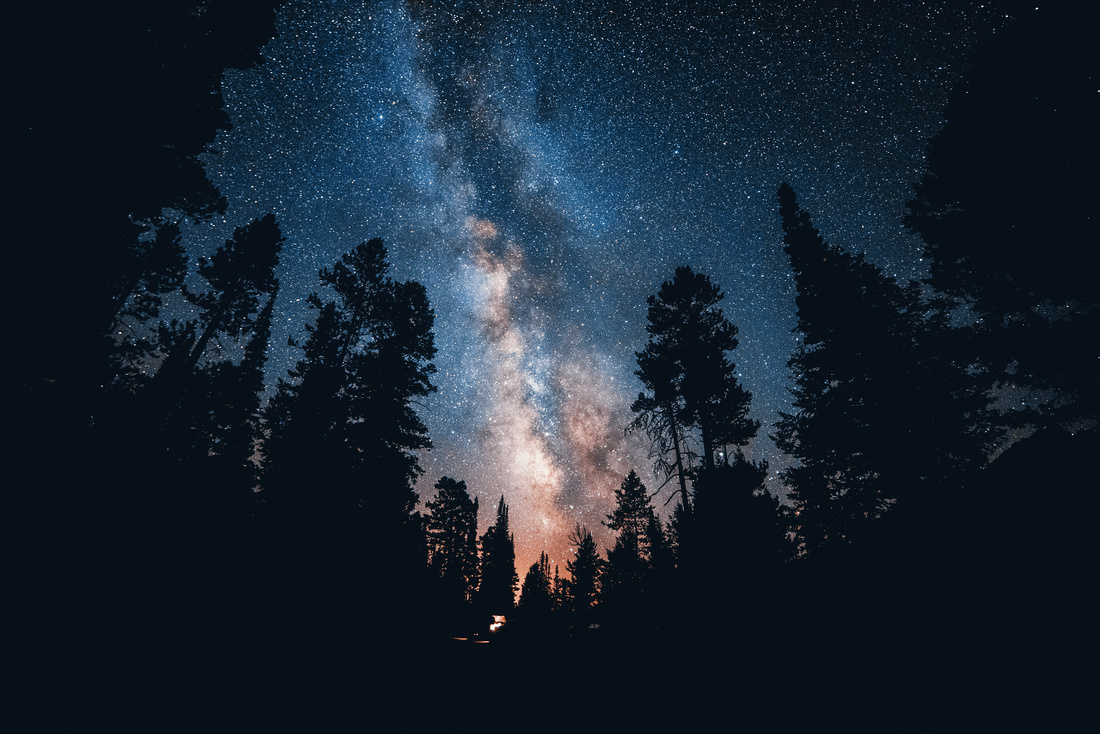 The image above was actually shared on the official Grand Teton Facebook page!

Since Schwabacher Landing was so good to me the other morning, I decided to head back for some more photos.  I loved the reflections in the calm water. 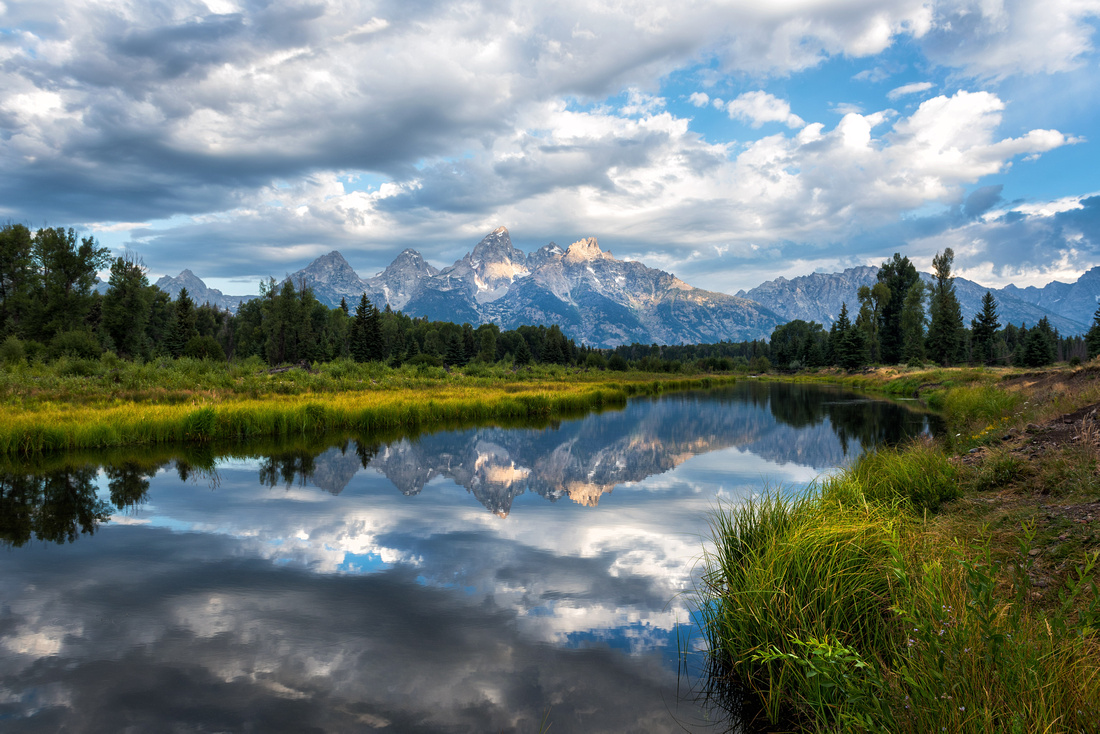 For the last morning in the Tetons I wanted to try a new sunrise location.  I had heard Oxbow Bend was a scenic spot, so I headed over.  The Snake River was surprisingly calm here, the surface was smooth as glass.  Thankfully I was the first photographer to arrive that morning and had time to find a great spot.  After standing in the river for a while taking photos, I looked down to see a ton of leeches all over my feet!  They were surprisingly hard to pull off, being so slimy.  I never thought I’d get leeches in such a beautiful river. 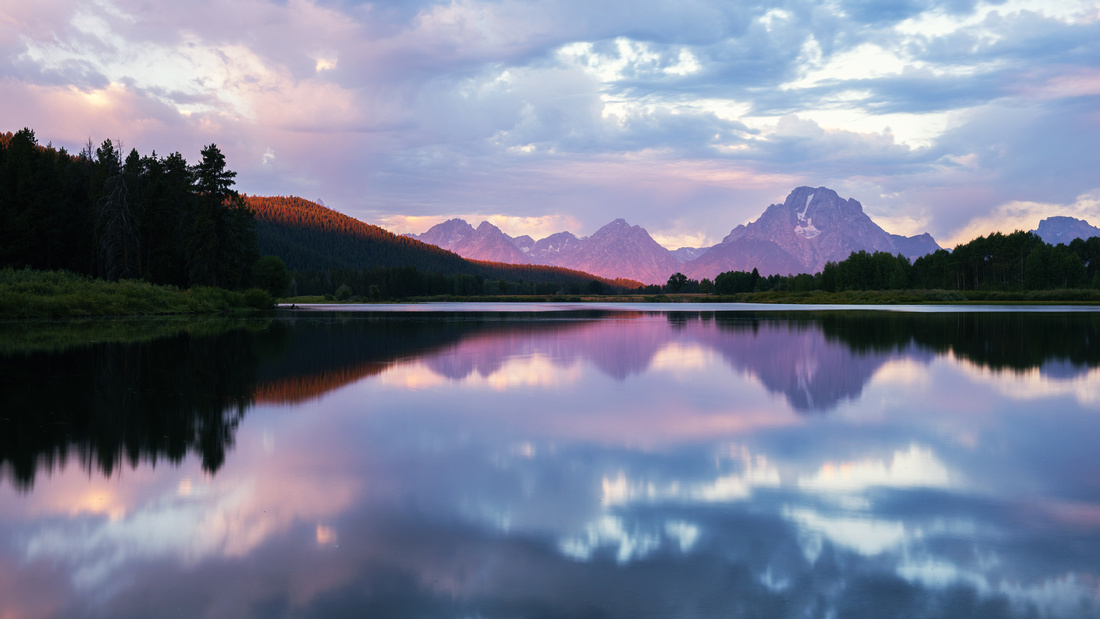 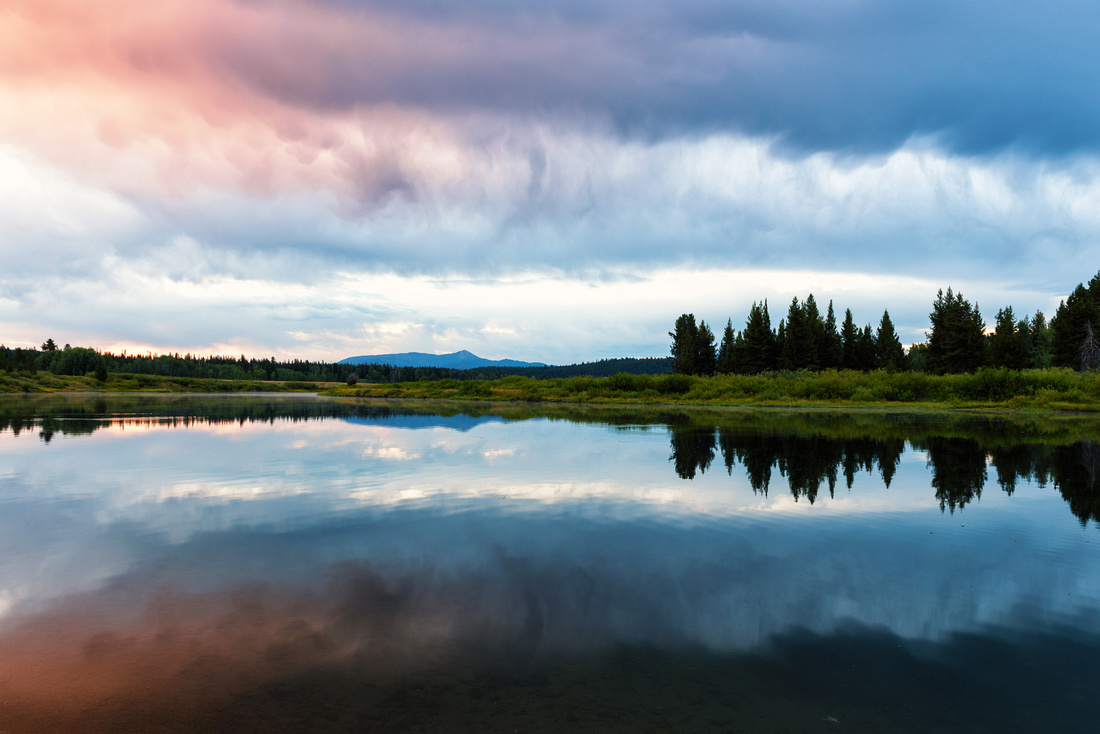 My next destination is Glacier National Park!

Click here to see all the photos from my Grand Tetons trip.