After a relaxing day in Durango, spent down by the river, I decided to drive over to Mesa Verde National Park.  It was interesting to see the ancient dwellings of the native people.  I'm sure my archaeologist friends would love to explore this place!  I was able to go on a tour of the Cliff Palace area with a really cool ranger.  He shed some light on the ruins and the people that inhabited them.  Basically, this particular structure was likely a meeting place for many of the families in the Mesa Verde area.  They would come here to celebrate on occasion. 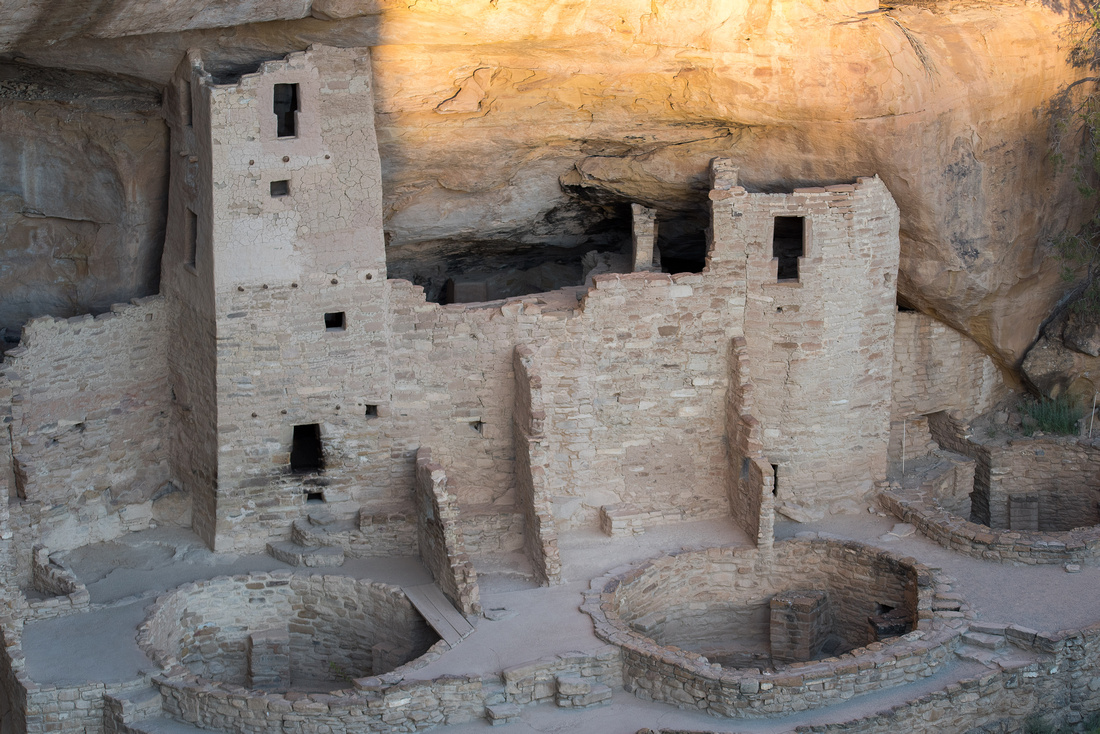 As I stood on top of the highest peak in the park, I saw a massive rock in the distance.  Turns out it was Shiprock, over 40 miles away!  Using my 150-600mm lens I was able to capture the photo below.  It's amazing how far you can see in the desert!! 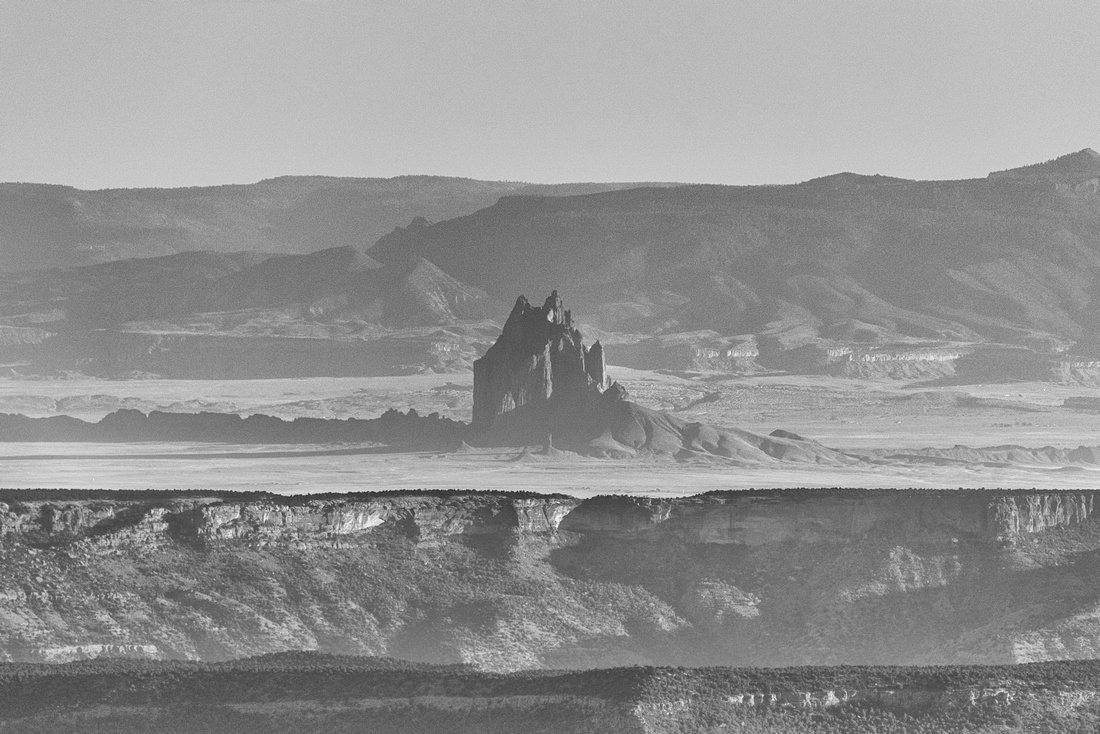 On a whim, I decided to drive down there for the night.  It was my first time visiting New Mexico and I was looking forward to seeing the desert.

This song seems to capture the mood of the night, take a listen while you read the rest of the blog and look at the photos.

By 11pm I had arrived at a dirt road that would take me to Ship Rock.  I got out of the car and saw the monolith rising from the desert floor, glowing in the pale moonlight.  The air was warm and the dry. 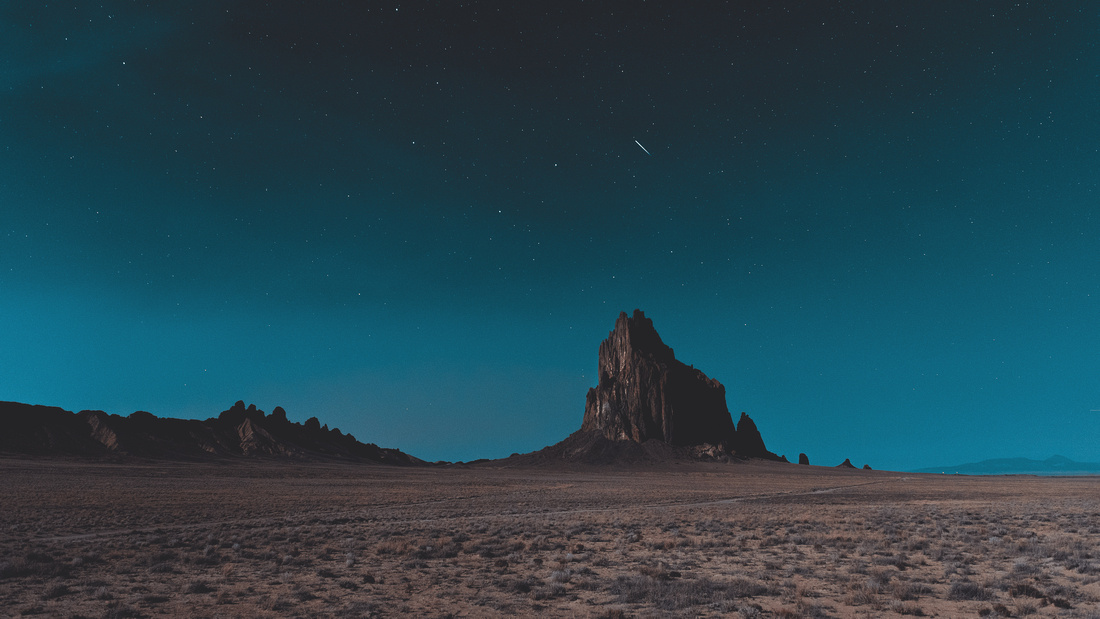 I got back in the car and started the long drive down the dirt road.  The bright headlights cast harsh shadows on the road, making every bump and pothole look dangerous.

Eventually I arrived at a small hill overlooking the area.  Shiprock dominated the desert.  Faint orange lights danced on the horizon, shimmering in the midnight heat.  The moon was shining bright overhead. The silence was intense; there was nothing to hear besides the faint howl of a lone coyote.

I felt like I was on another world, this place was so radically different than anywhere I’ve ever been.  A jagged band of rocks stretched across the desert, like the spine of an Elder God, ending at Shiprock.  I was completely alone, except for some small mice that scurried around the brush nearby. 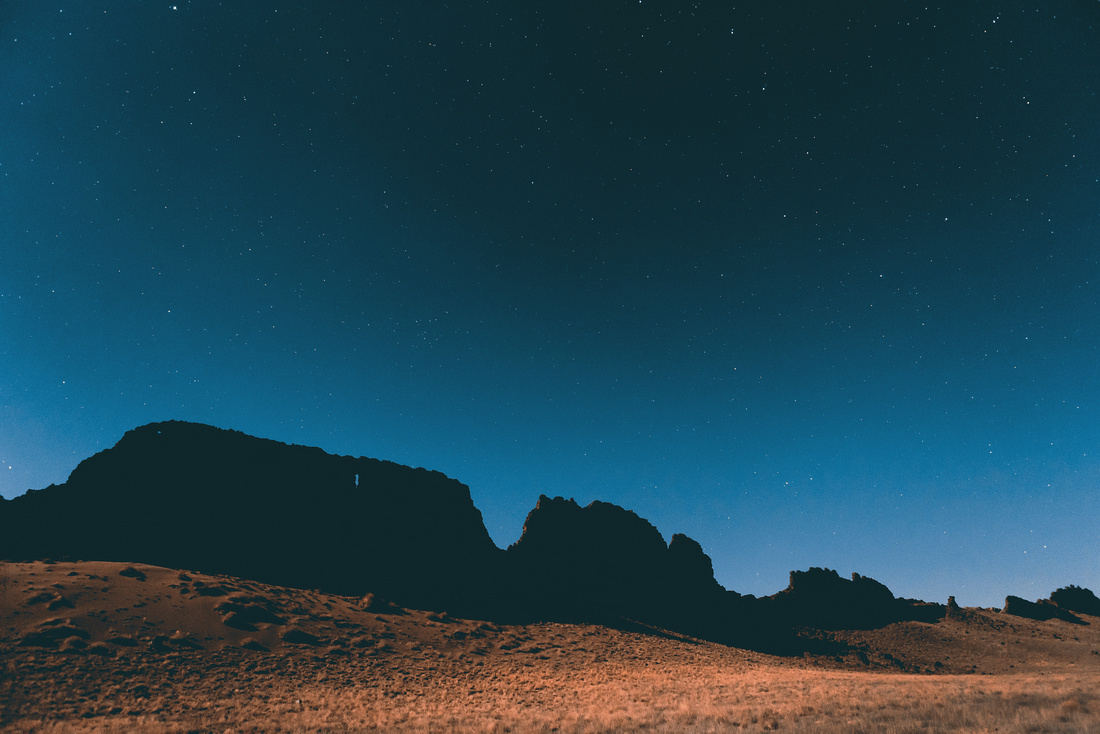 The ground was bone dry and hard as rock, my small foam pad gave little relief.  The desert was faintly glowing from the moonlight, dark shadows lurking behind the smallest of shrubs.  The Big Dipper looked as if it would crash into Shiprock, as it slowly sank towards the ground. 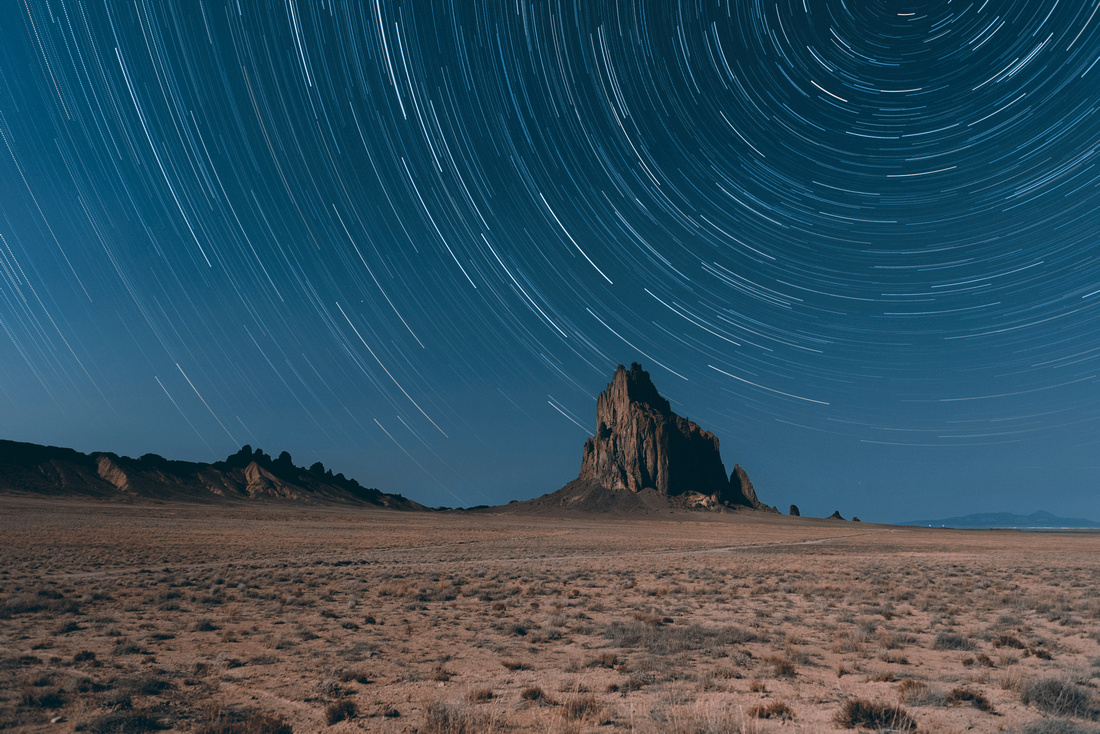 I looked around at this alien world, still unable to believe my eyes.  The air was hot, I didn’t even need a sleeping bag.  As I lay in my tent, every little noise was amplified.  A small moth fluttering into my tent mesh sounds like a hawk crashing into a car.  Even the tiniest mouse footsteps were loud.  Weird popping noises surrounded my tent, as if some aliens were crawling up from the martian soil.  Then it became silent again, all I could hear was the faint buzzing coming from my own ears. 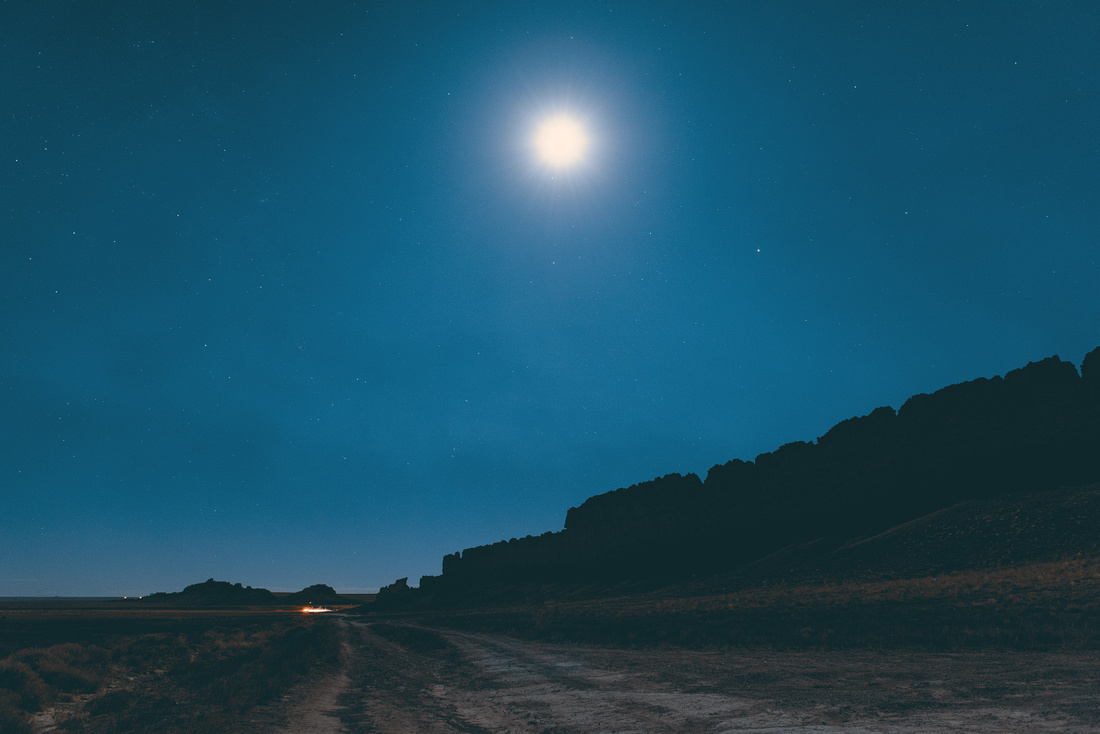 Only 4 hours left till first light...

Click here to see the rest of the photos from my brief trip to the desert.