A Change of Scenery

This past weekend I was able to visit New Mexico, Arizona, Utah and head back to Colorado all in one morning.  After my night at Shiprock I drove up into Arizona then veered north to the Four Corners Monument.  It was really interesting to see the desert environments here, which felt so completely different than anything I've seen on the trip so far. 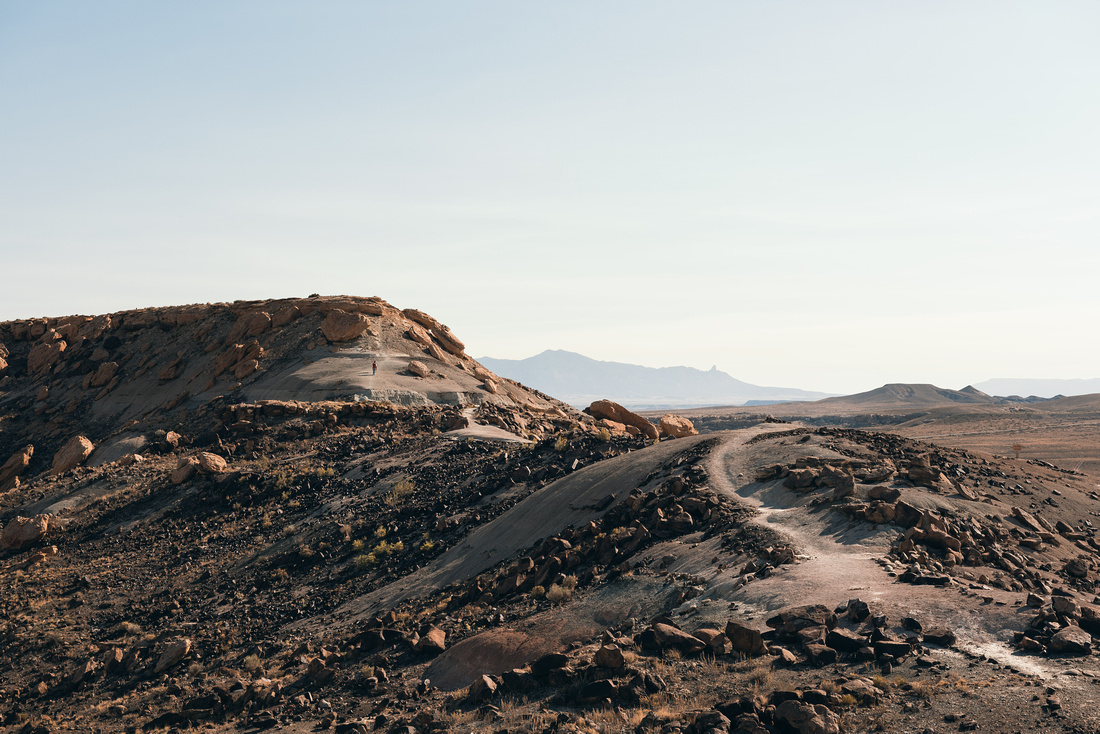 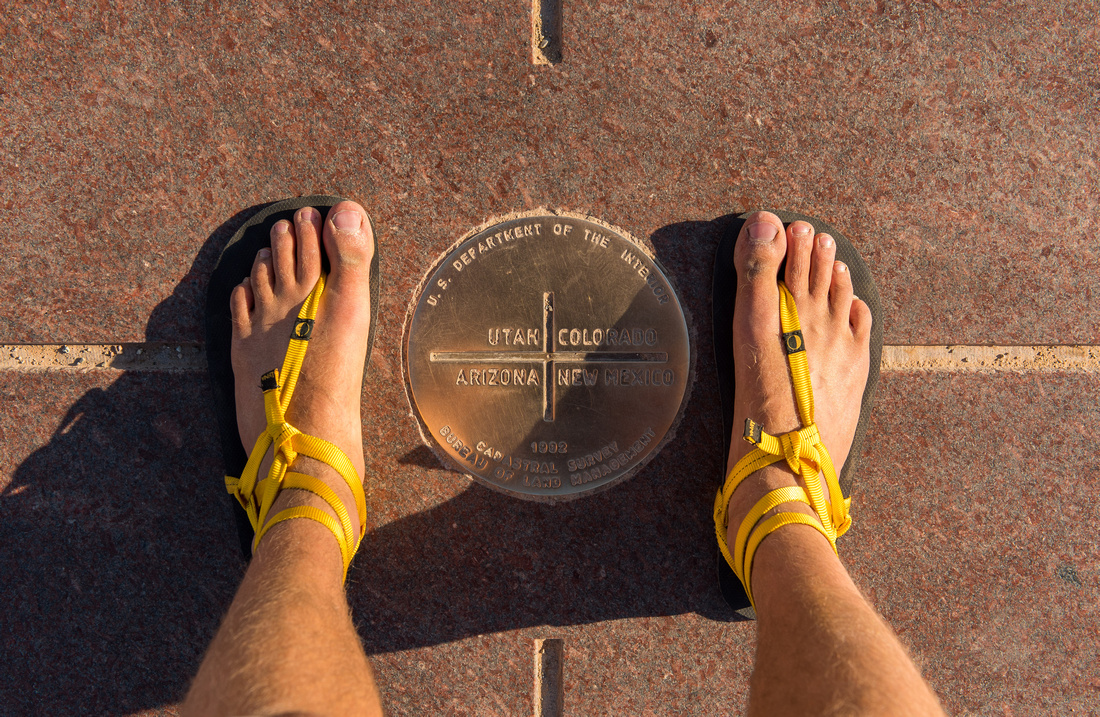 I returned to Mesa Verde to hang out with my new friends.  They work for the park and live just outside the National Park boundary in a little place nicknamed WOBville.  Everyone there was so friendly and welcoming, and it felt like a great community.  There were a lot of friendly dogs too!  We even got to check out a nearby natural hotspring, which was great, except for the no-see-ums (I hoped I would only ever encounter those on San Salvador) 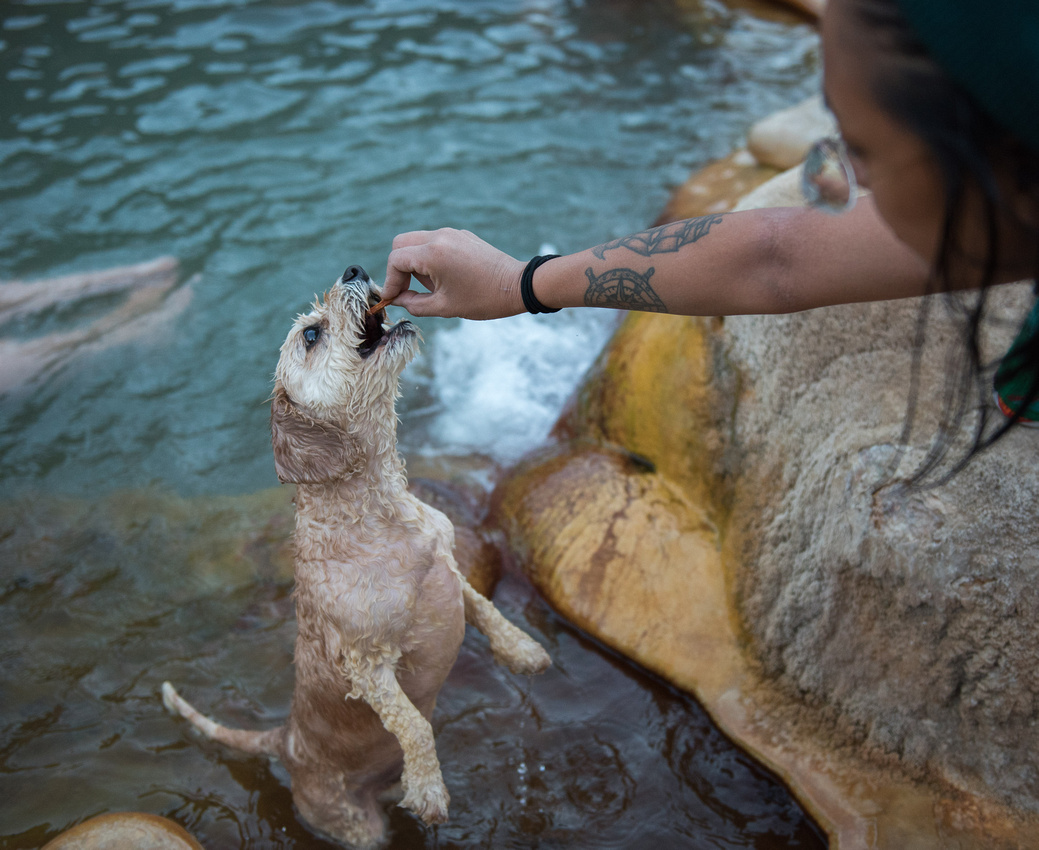 Jareth, one of the coolest dogs I've ever met, joined us for a trip to the Hot Springs

After spending a few days in the desert, I decided to head north for Telluride.  Everyone I've met on this road trip has given glowing reviews of Telluride, so I was excited to finally get there.  On my drive up through the mountains, I witnessed the most amazing view.  It was just like all the amazing landscape photos I've been looking at for the past few years, except now it was real and right in front of me!  Thankfully there was a pull-off and I was able to setup my camera gear.  I watched as the rain clouds poured over the mountain range and the setting sun cast blazing orange light onto the scene.  Lightning started flashing overhead and I noticed over 100 elk come flooding out into the field below. 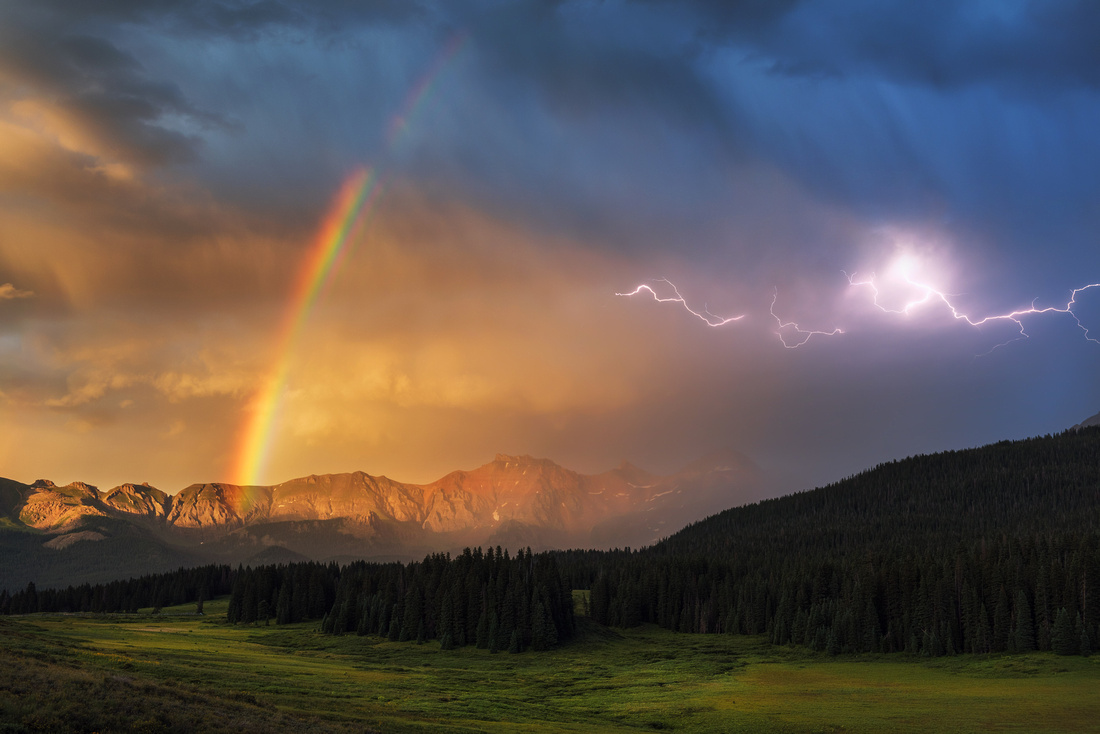 The next morning I arrived in Telluride for sunrise.  As I was driving into town, a massive waterfall caught my attention.  Perched at the top of the cliff was a mansion.  In fact, it was an old powerplant.  I spent the morning climbing up to the Bridal Veil falls.  It felt so surreal, almost like I was in the videogame: "The Vanishing of Ethan Carter". 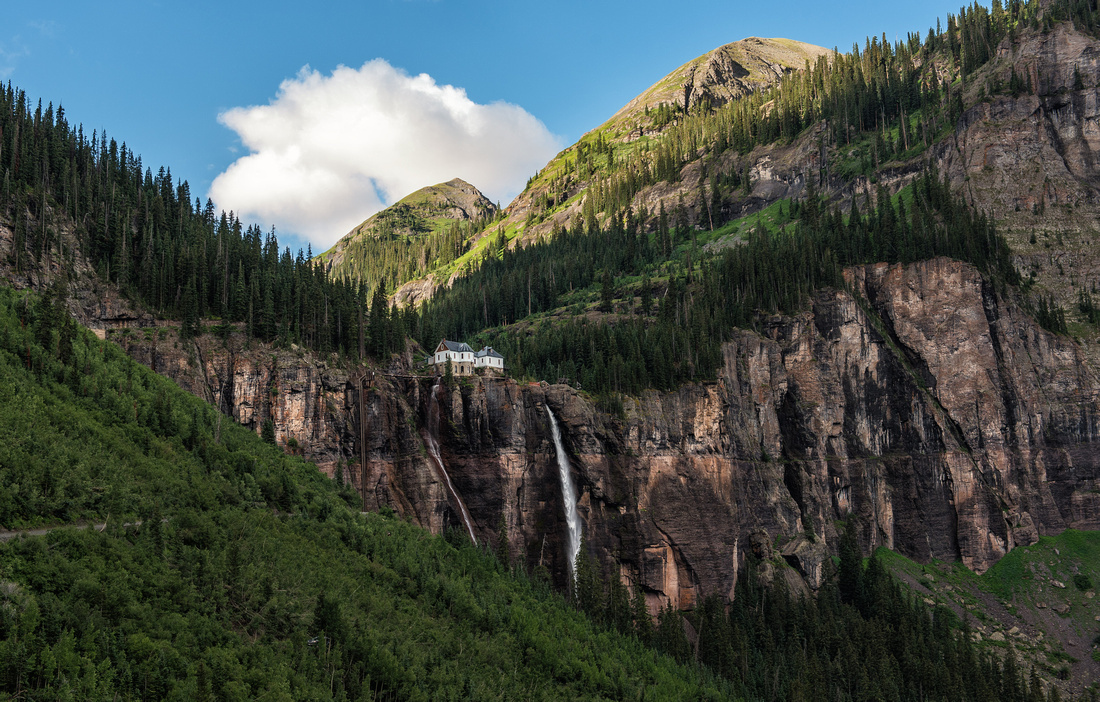 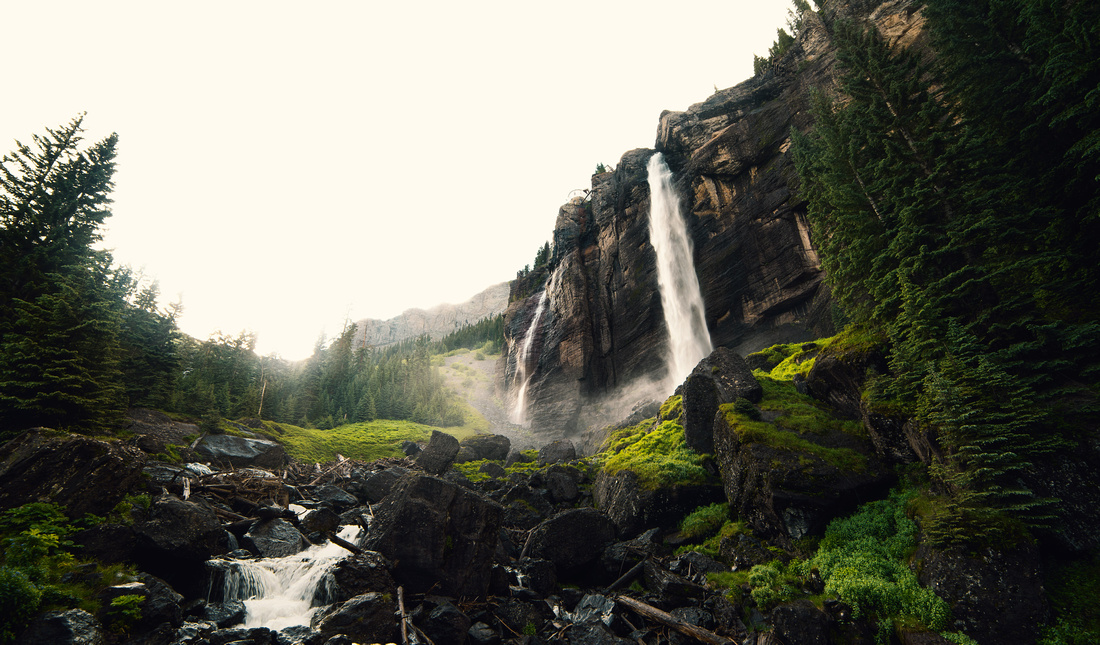 Still feeling energetic, I kept on climbing up the mountain pass.  After a few hours I reached Ingram Basin, which provided a wonderful view of Telluride.  The mountain pass is incredibly rugged and only a jeep with a good driver can hope to make it down in one piece.  I was glad to be on my own two feet. 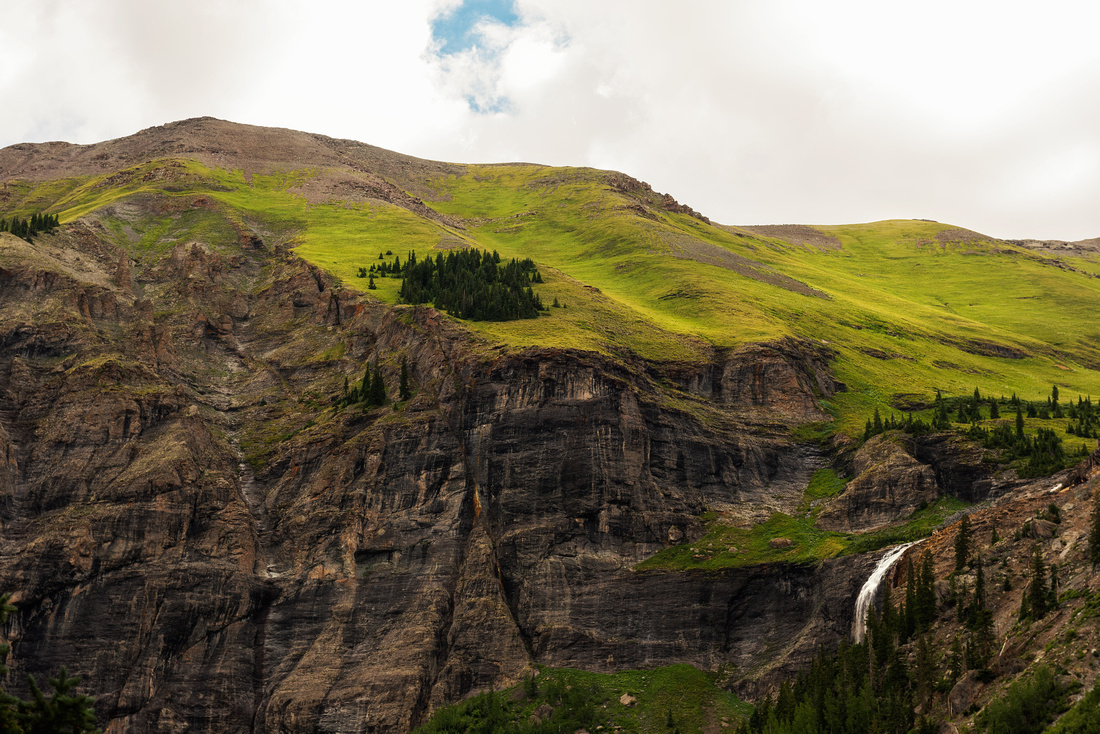 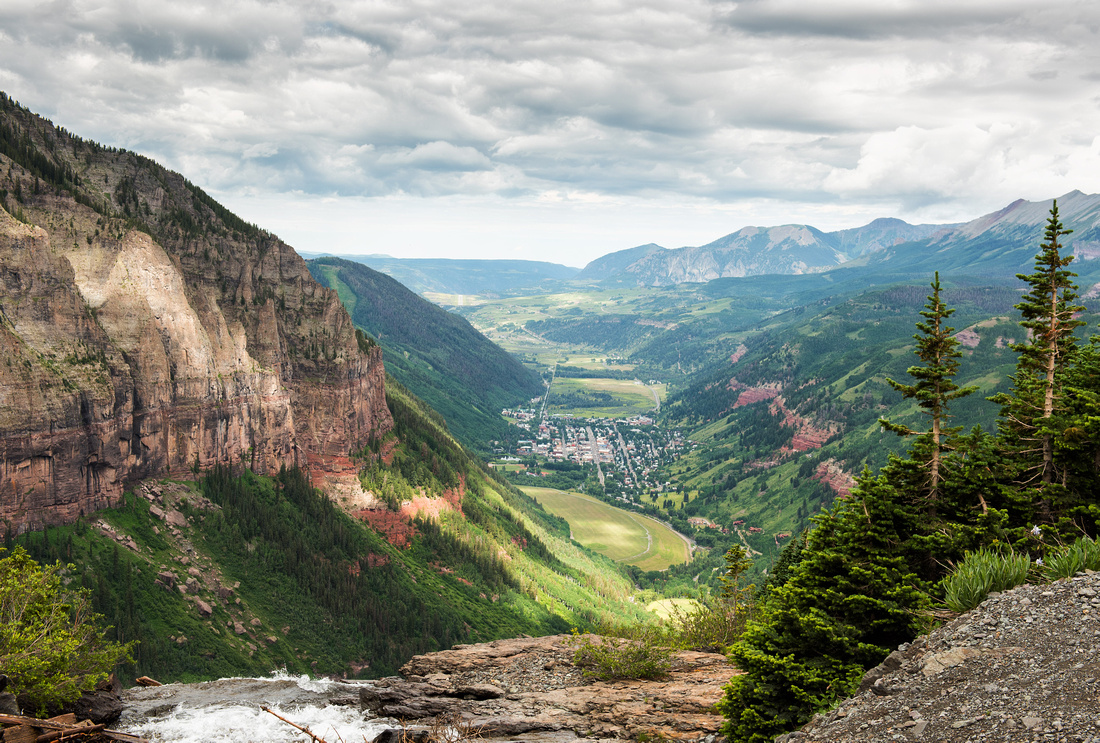 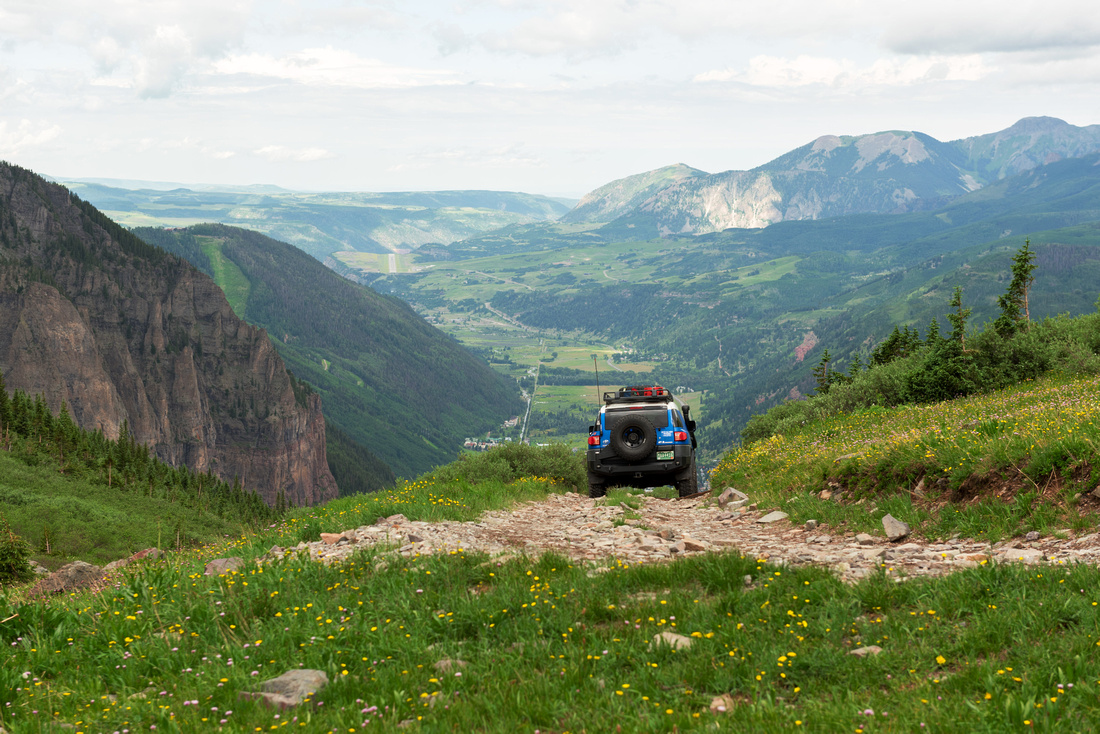 There were many wildflowers in the alpine region, a few of which were new to me including: Monkshood, Larkspur and Elephant Head. 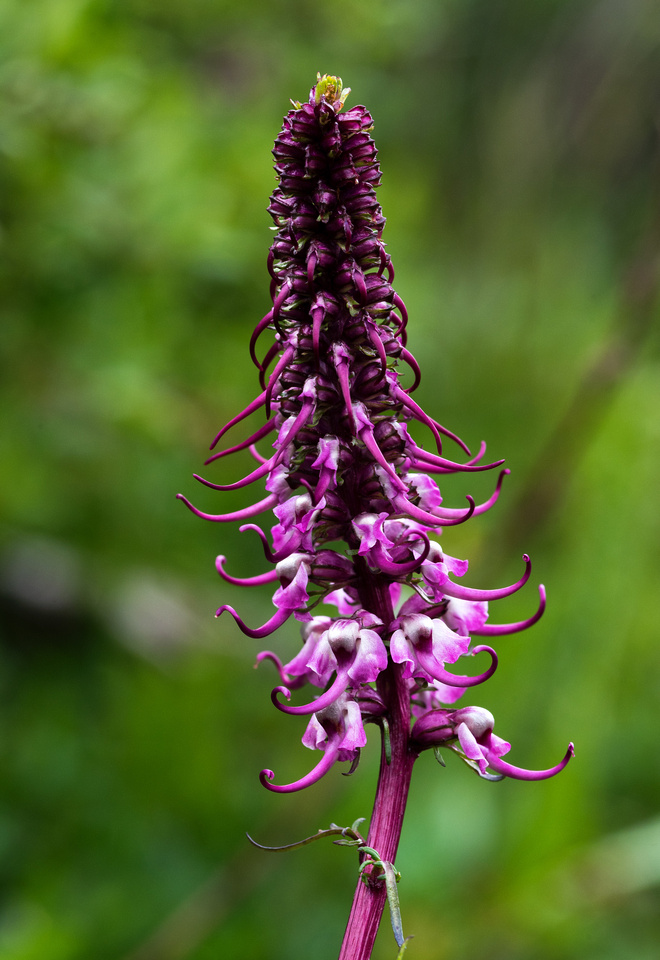 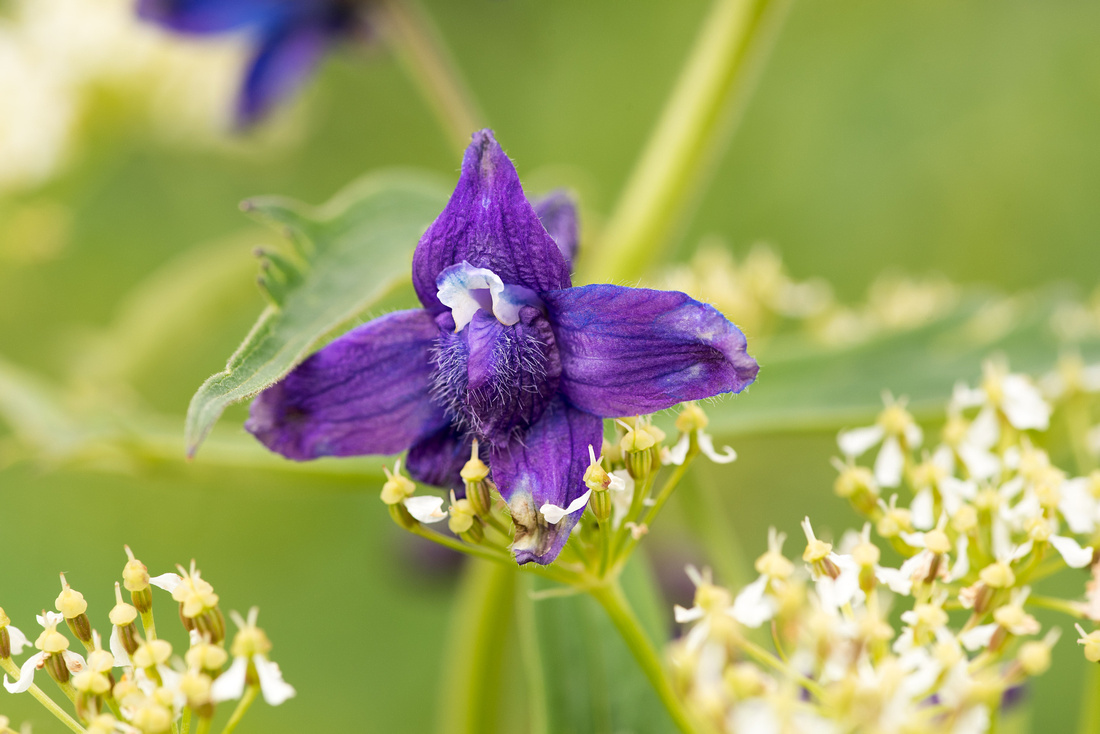 I was tempted to hitch a ride back down, but after watching a few Jeeps struggle to make it down the "road", I figured I'd be better off on foot. 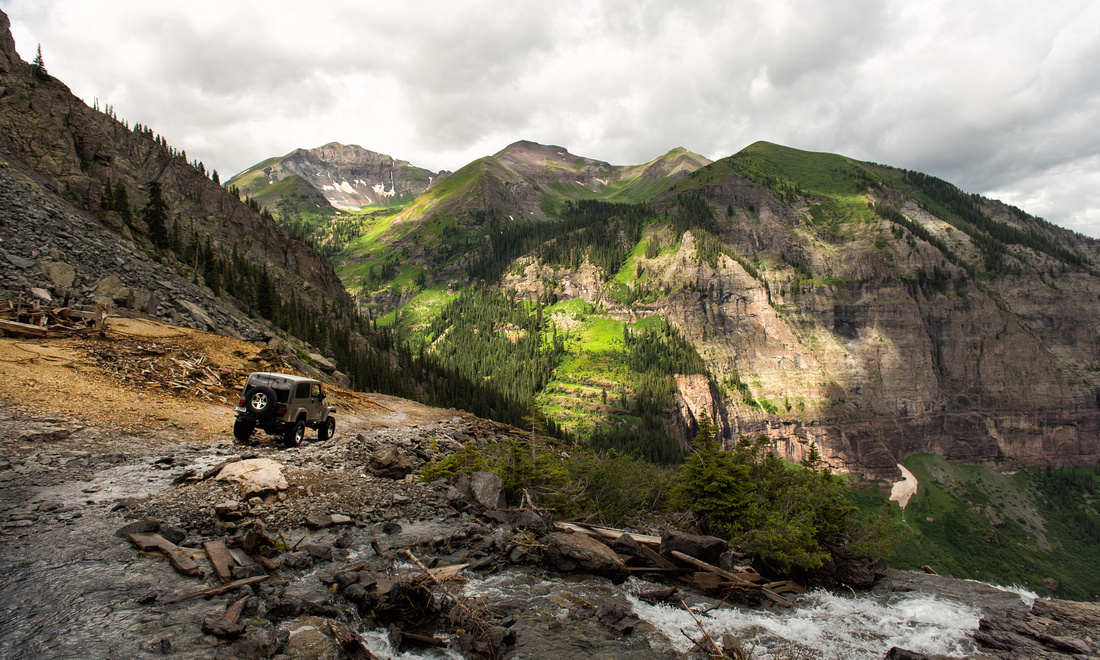 As I started my descent back to Telluride, dark clouds started to roll in.  I hurried to get down before the inevitable storm.  It was odd seeing so many people walking up to the pass with the impending danger.  I made it back down to the powerplant at the top of Bridal Veil falls just in time.  I was able to hitch a ride and get the rest of the way down the mountain as the storm began.

I will spend a few more days in Telluride before I'm off to Ouray and Ice Lakes.

Click here to see all the photos from Telluride.