With the North Cascades behind me, I began the long drive to Mount Rainier National Park.  October was well underway and I knew the snow would not hold off for much longer.  As I was driving a little Chevy Malibu, I could not risk getting caught in the mountains during a snowstorm.  It would be a death sentence.

I made it to Paradise (aptly named), located just south of Mount Rainier.  The fall colors were in full swing up here in the alpine tundra, but the heavy morning clouds obscured the view.  I sat in my car, waiting for the clouds to break up.  Within an hour, I got my first glimpse of sunlight. 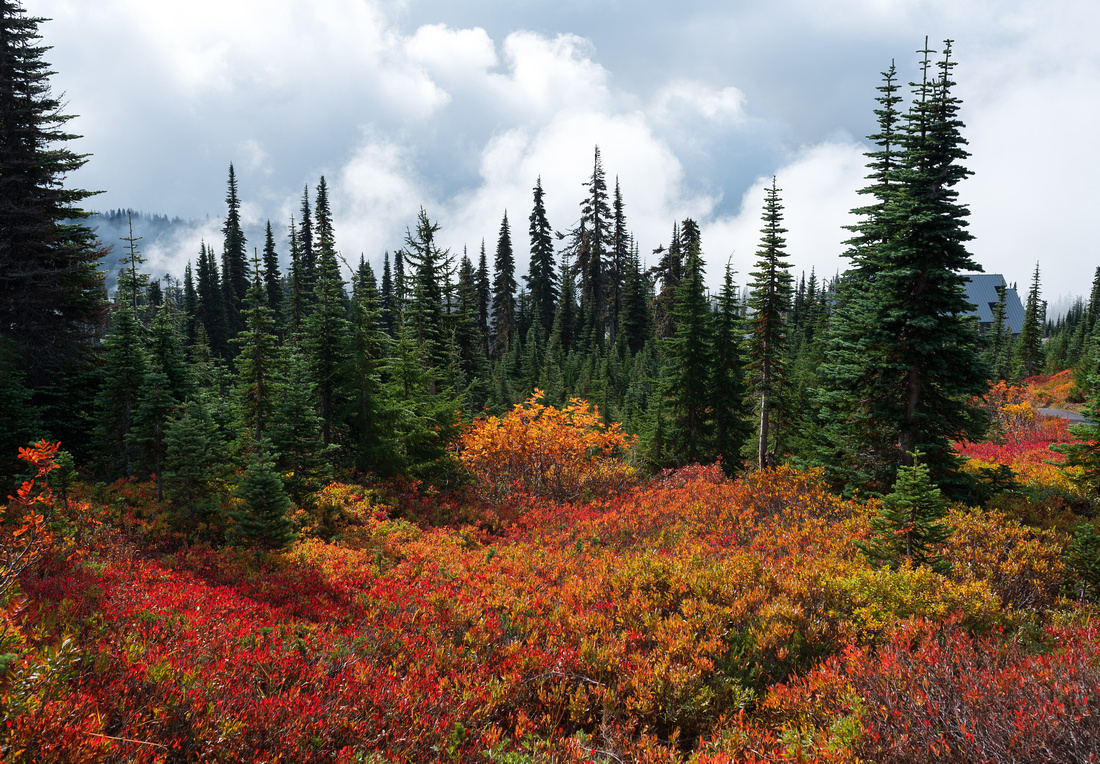 Now I needed to get to work.  In conditions like these, you have mere seconds to work with.  If you aren't ready and waiting to take the shot, the clouds will shift and you will lose that stunning light, or the clouds will quickly obscure the nearby mountains. 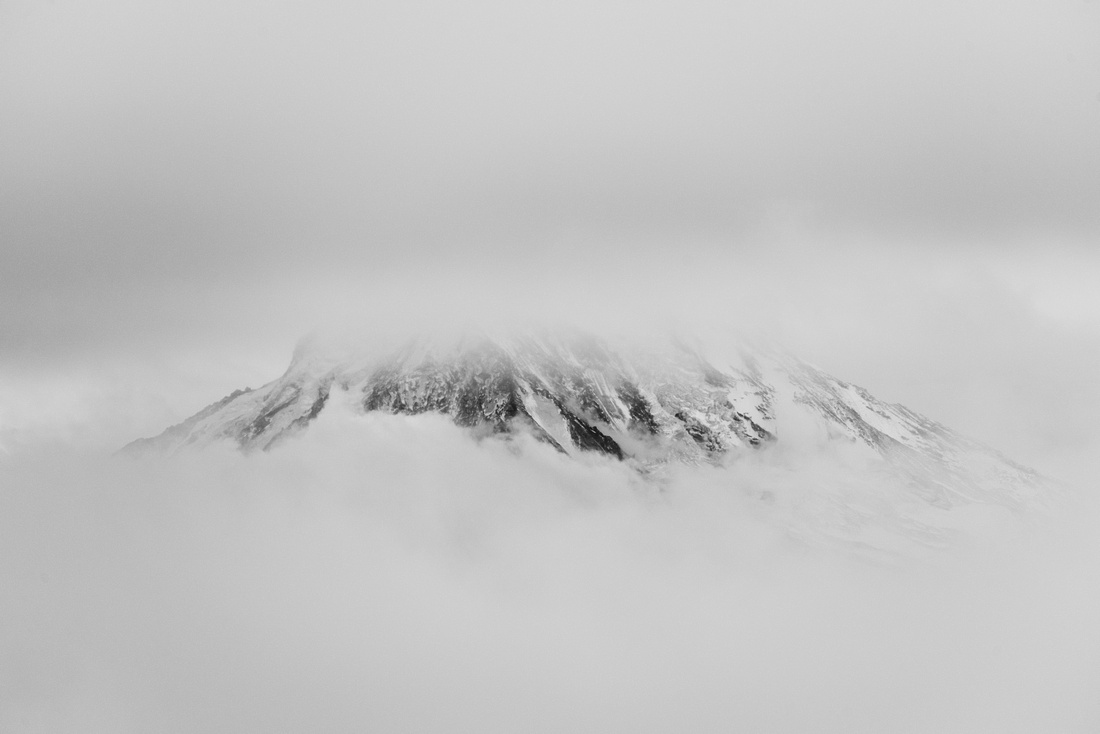 As I hiked through the alpine environment some deer were eating breakfast just off the trail.  I said hello as I continued climbing, hoping to find a nice vantage point of Mount Rainier. 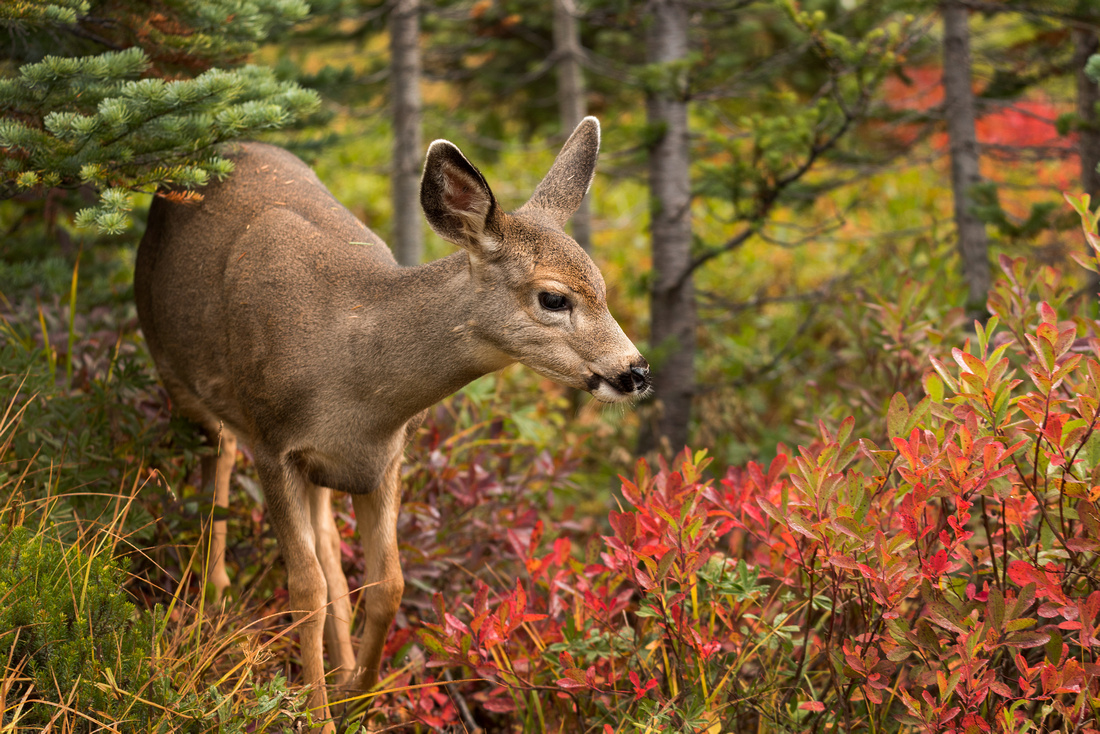 As I came over the hill I finally got my first glimpse of Mount Rainier.  I was in awe.  The massive snow-capped mountain loomed ahead, partially obscured by the morning clouds.  The trail meandered through the tundra, leading straight towards the mountain. 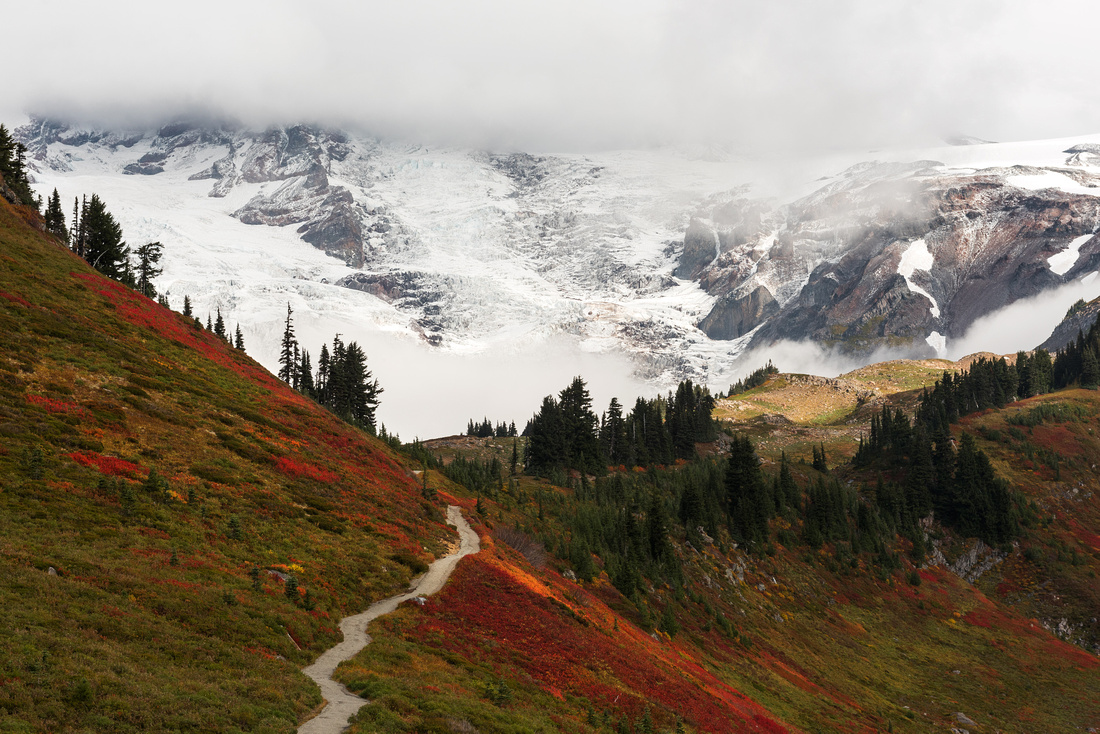 Feeling energized, I began to pick up the pace.  I needed to find the perfect vantage point before the clouds obscured the mountain again.  Unfortunately I picked the wrong trail.  I ended up making a big loop and ending up right back at the visitor center.  The clouds had returned. 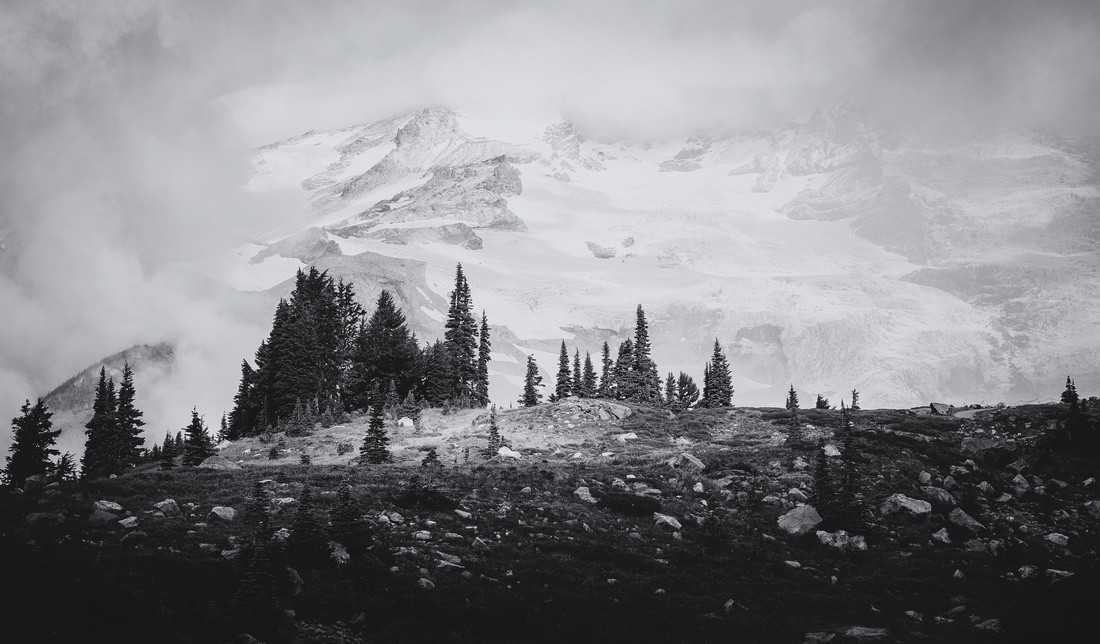 At least the visitor center was now open, I desperately needed to refill my water bottles and learn what the weather forecast would be for the coming days.  "Up to 12 inches of snow expected tonight."  I now had just one day to spend at Rainier, I had to get off the mountain after sunset or risk getting trapped up here for a few days.

Since the clouds were back and thicker than ever, I decided to relax in the visitor center for a bit.  I found a big comfy chair and soon passed out.  I woke up an hour later; the clouds still hadn't changed.  I figured I could kill some more time and watch The Big Lebowski for the 30th time on the trip.

Finally, after waiting for 3 hours, the clouds began to break up.  I took a swig of water, ate a power bar, and grabbed my gear.  I couldn't screw this opportunity up. 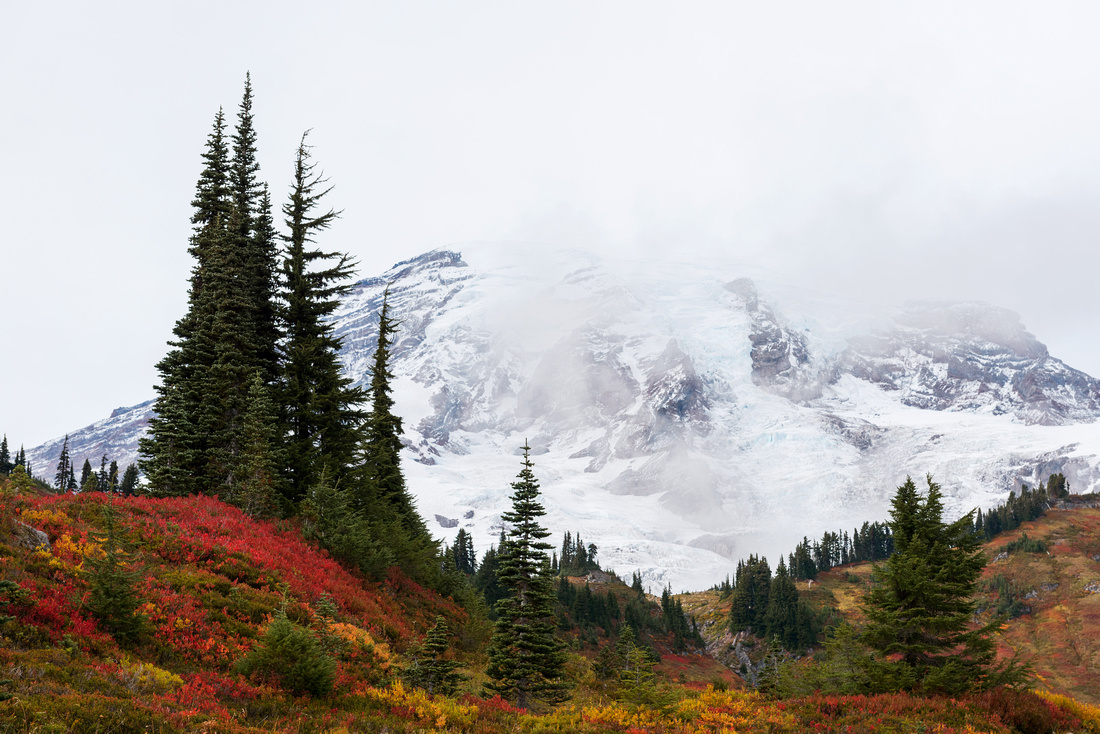 As I hiked around I saw plenty of marmots, who looked like they should be just about ready to hibernate for the winter. 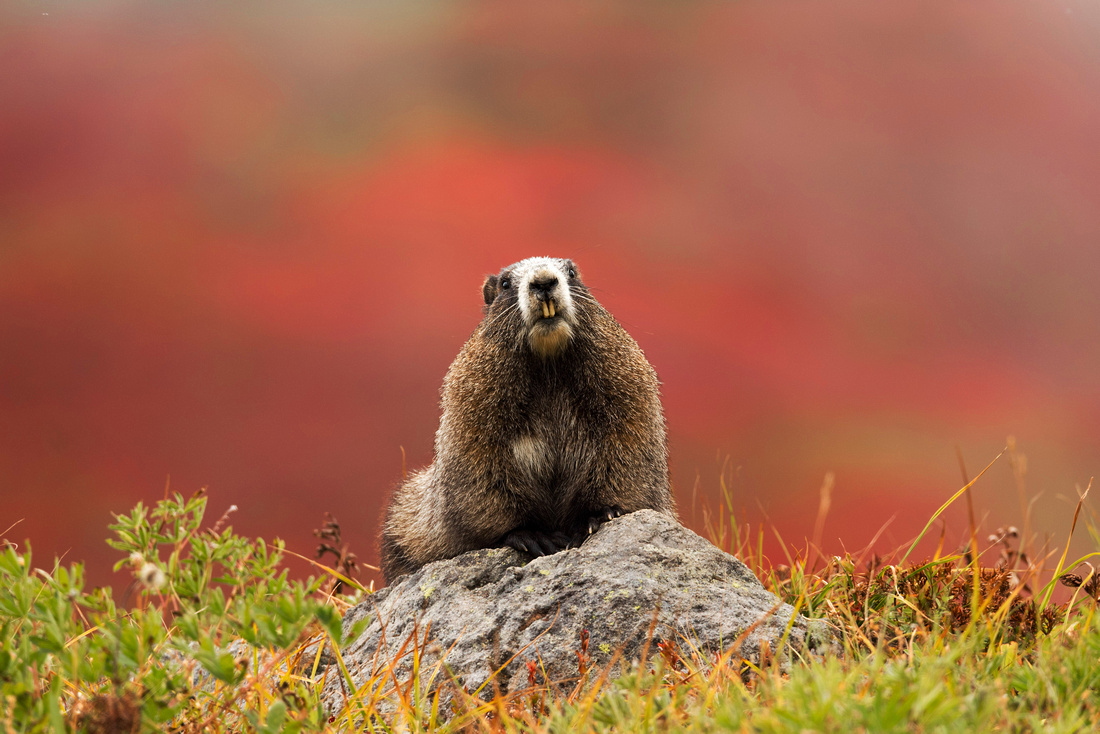 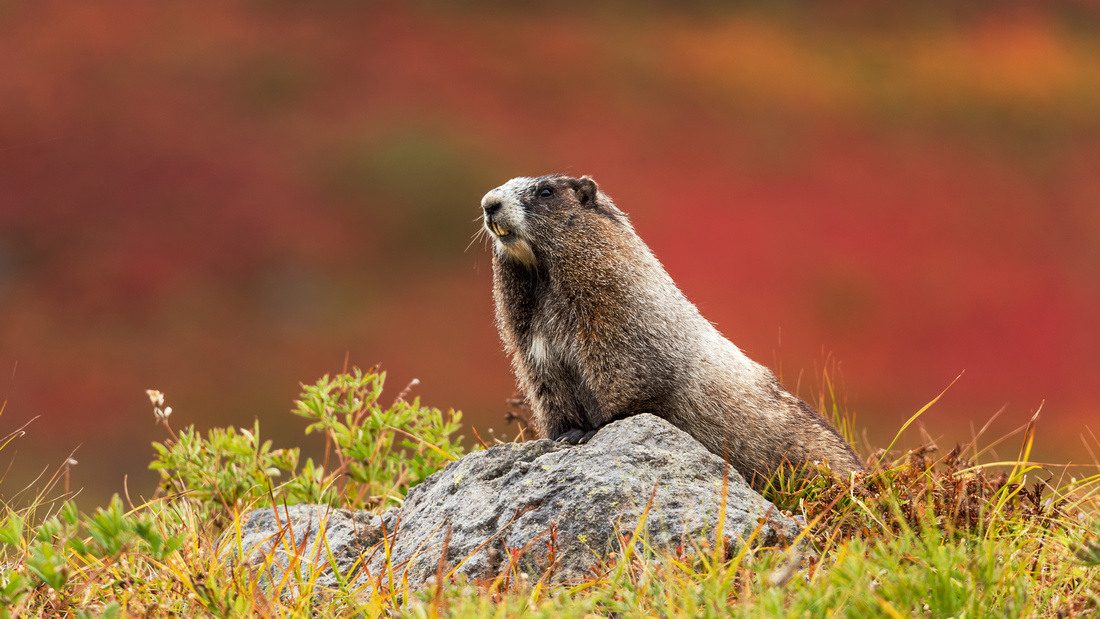 Not realizing how far I had to go, I began the trek up to Panorama Point.  Along the way I spotted a Mama Black Bear and her cub stuffing their faces.  Thankfully I was carrying my telephoto lens with me and I was able to capture some video.

As I hiked up the mountain, the clouds continued to clear up and I had a great view of Mount Rainier. 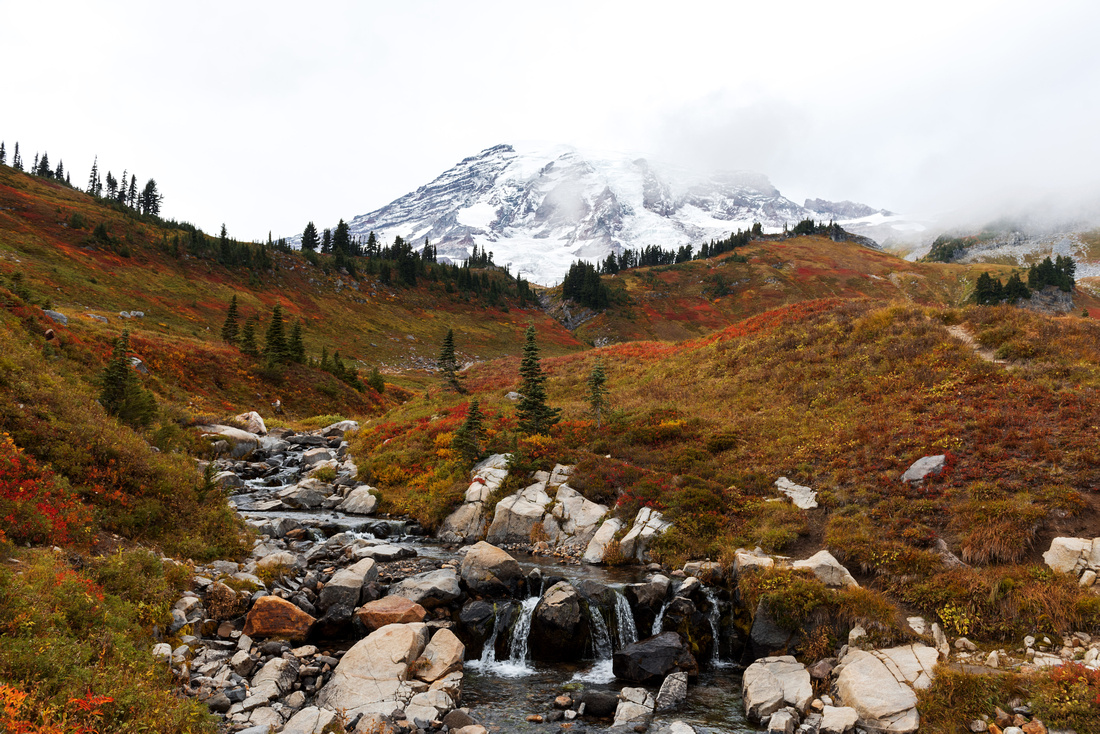 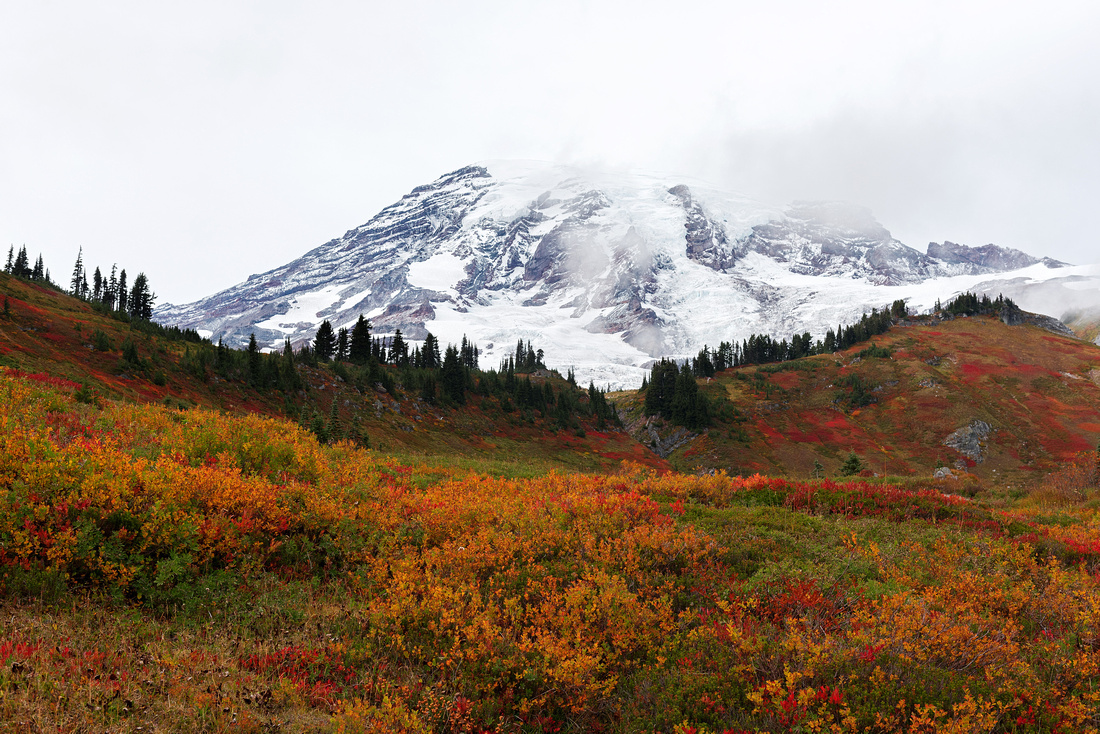 After an hour of hiking uphill endlessly, I found myself on a barren landscape.  There were no plants or trees up here, just rocks and snow.  I began to wonder how much longer it would be until I reached Panorama Point. 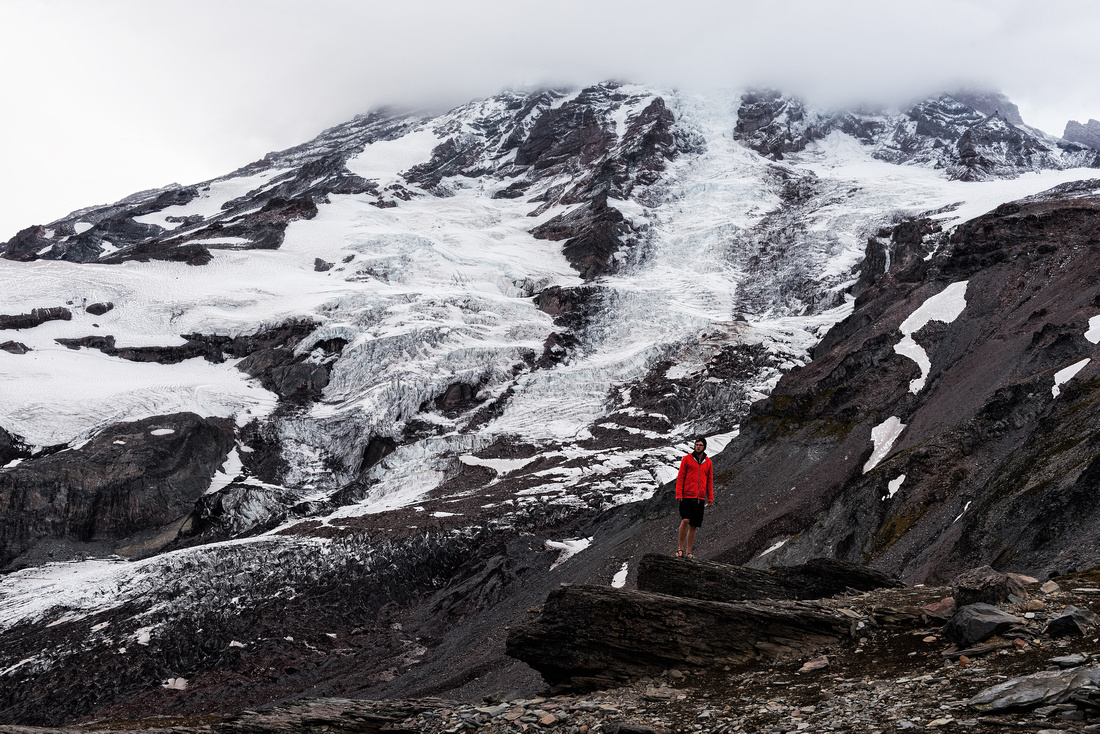 With sunset fast approaching I reached Panorama Point, but the clouds were returning.  I looked off into the distance and caught glimpses of massive snow-capped mountains on the horizon. 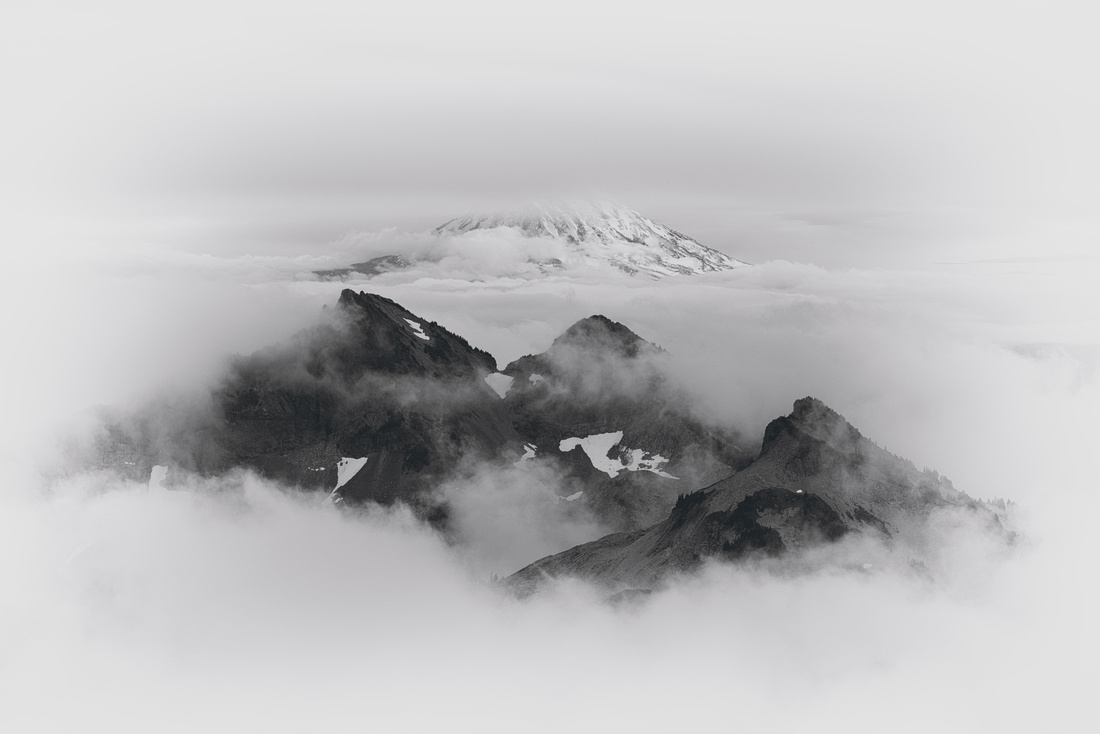 The temperature started to drop rapidly and before long it started to snow.  I had always wanted to spend a winter day in the mountains!  I hurried down the mountain as the light slowly faded, arriving at my car just before nightfall. 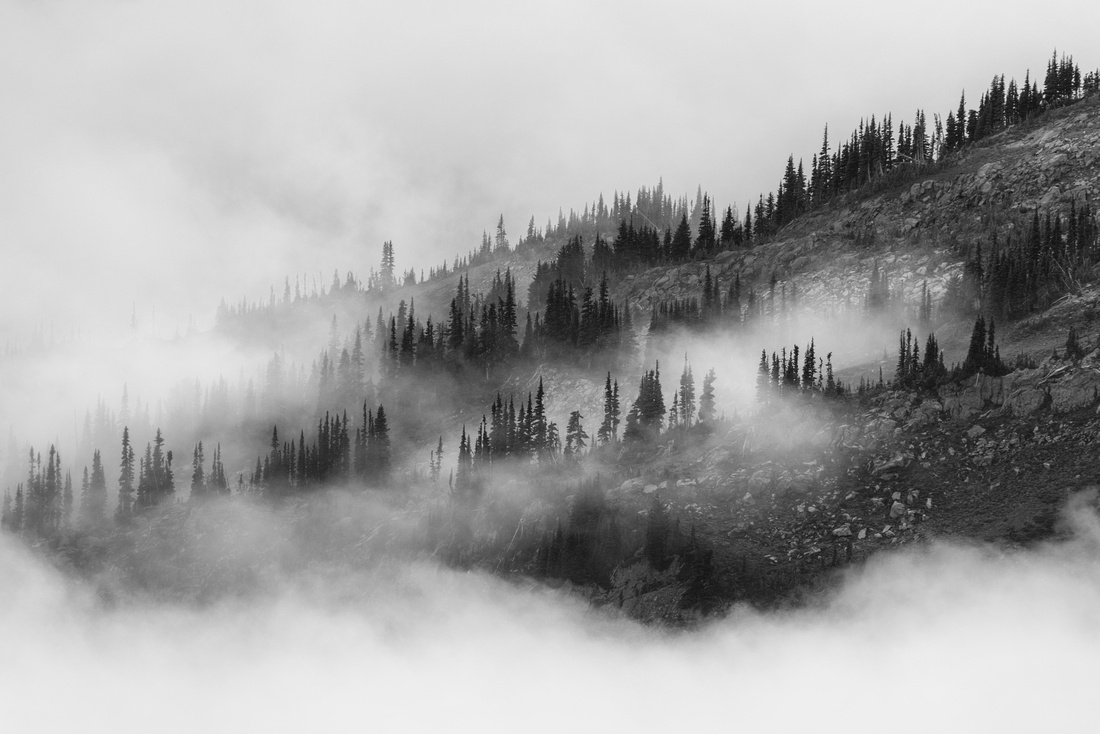 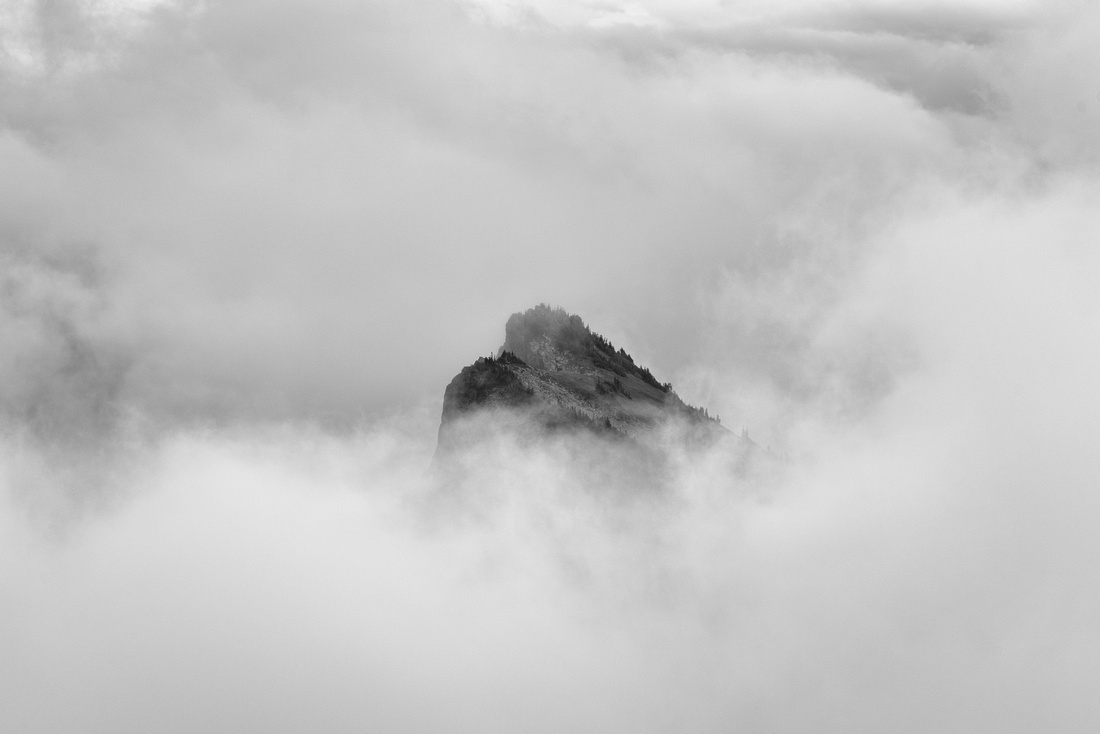 Mount Rainier had become one of my favorite locations of the trip, even though it was shrouded in clouds for most of the day.  I was sad to leave it behind, but I had to get down before the snow began to fall.

My time in Washington had come to an end.  The month I spent here was incredible; from the beaches of Olympic National Park to the rugged mountains of the North Cascades.  I had finally found the wilderness I was looking for.