This morning I had the opportunity to test out the new Sigma 14-24mm!  For this test, I drove down to the local "dark" sky park in Ohio and took some test shots.  As you will see, it's virtually impossible to find a truly dark sky here in Northeast Ohio...  Just 2 more weeks and I'll be back under an actual dark sky - in the Utah desert!

This first comparison looks at the RAW files, straight out of camera, at both 14mm and 24mm.  The 14mm photos were taken at f/2.8, ISO 800, and 15 seconds, while the 24mm images were shot using an 8 second Shutter Speed. 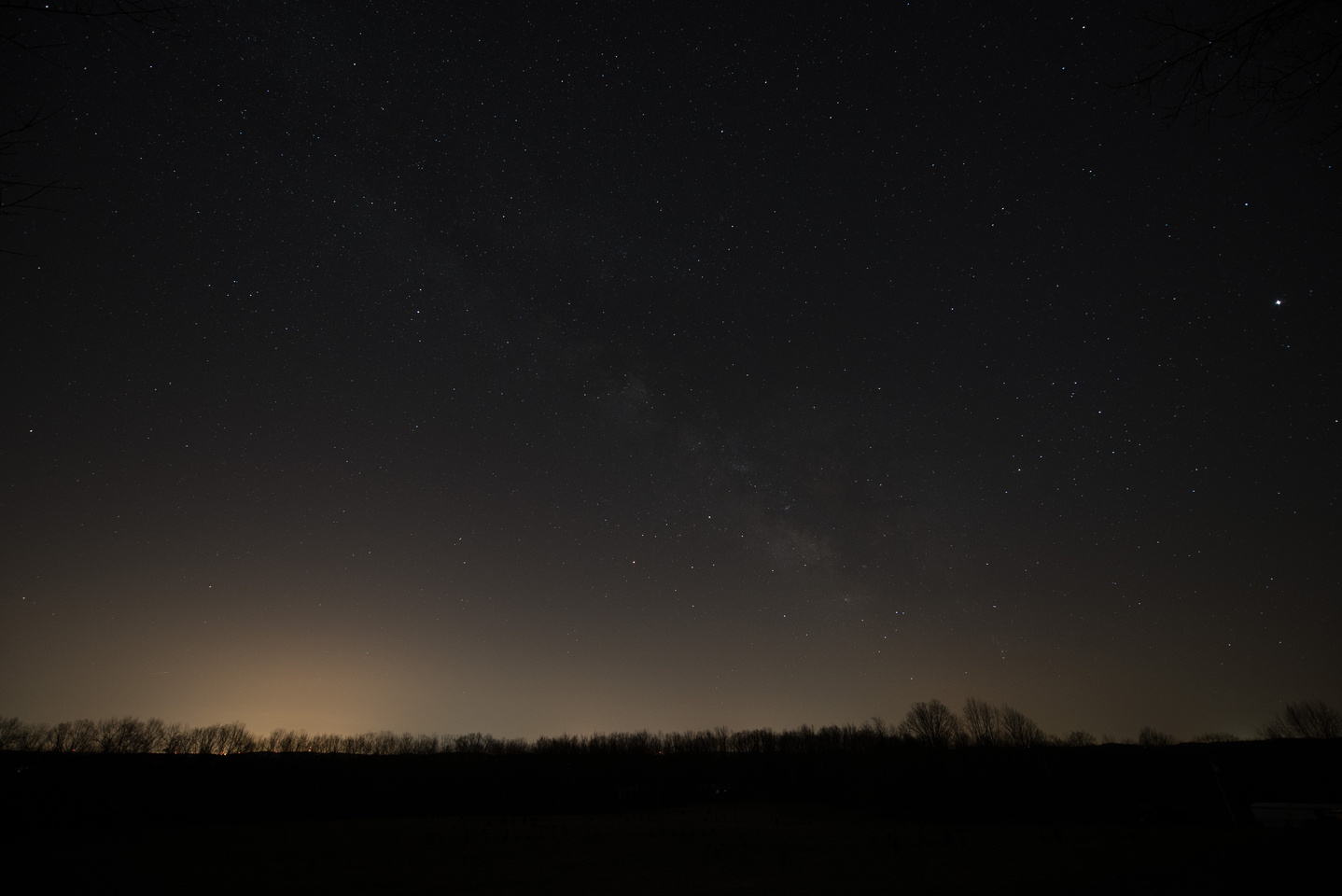 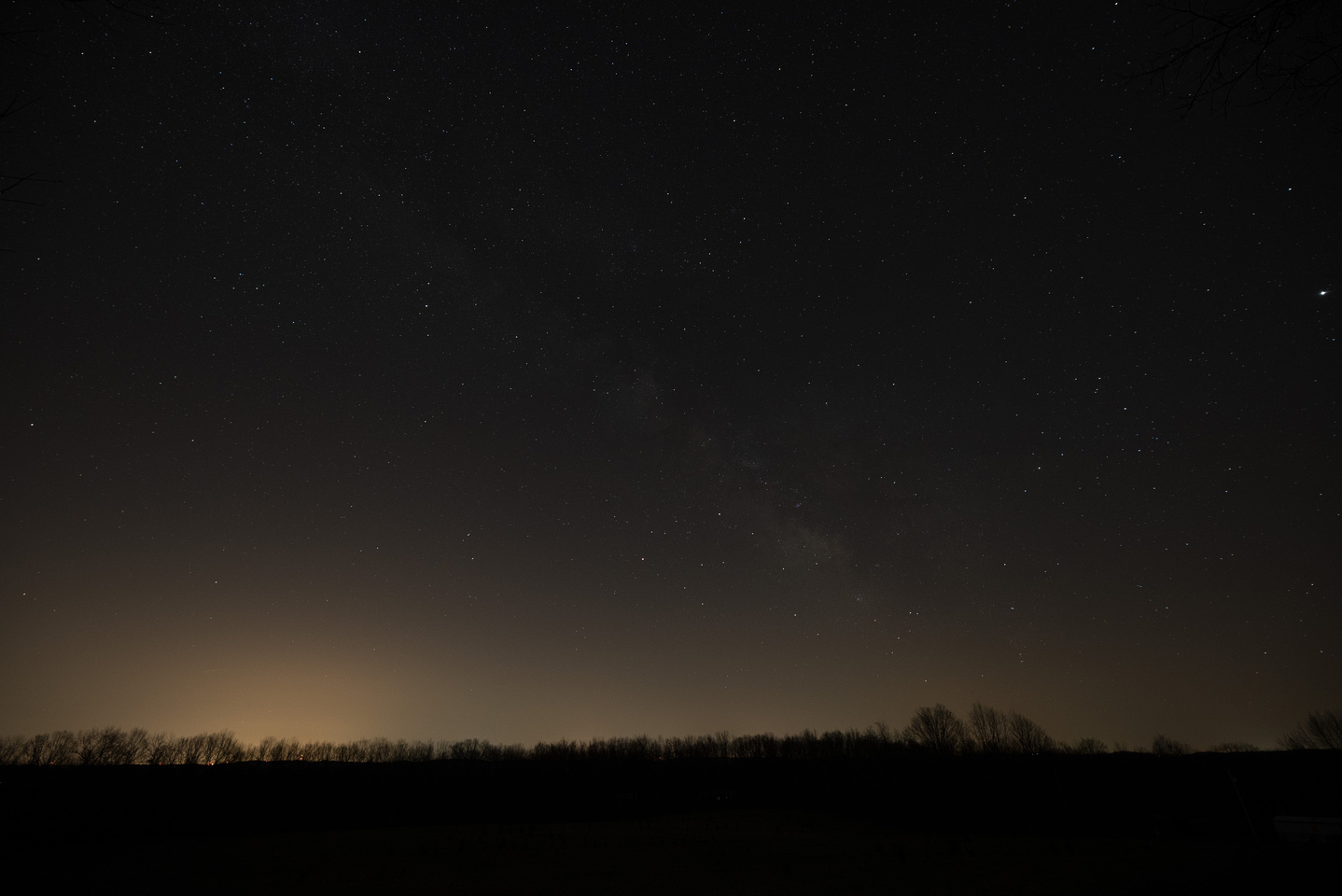 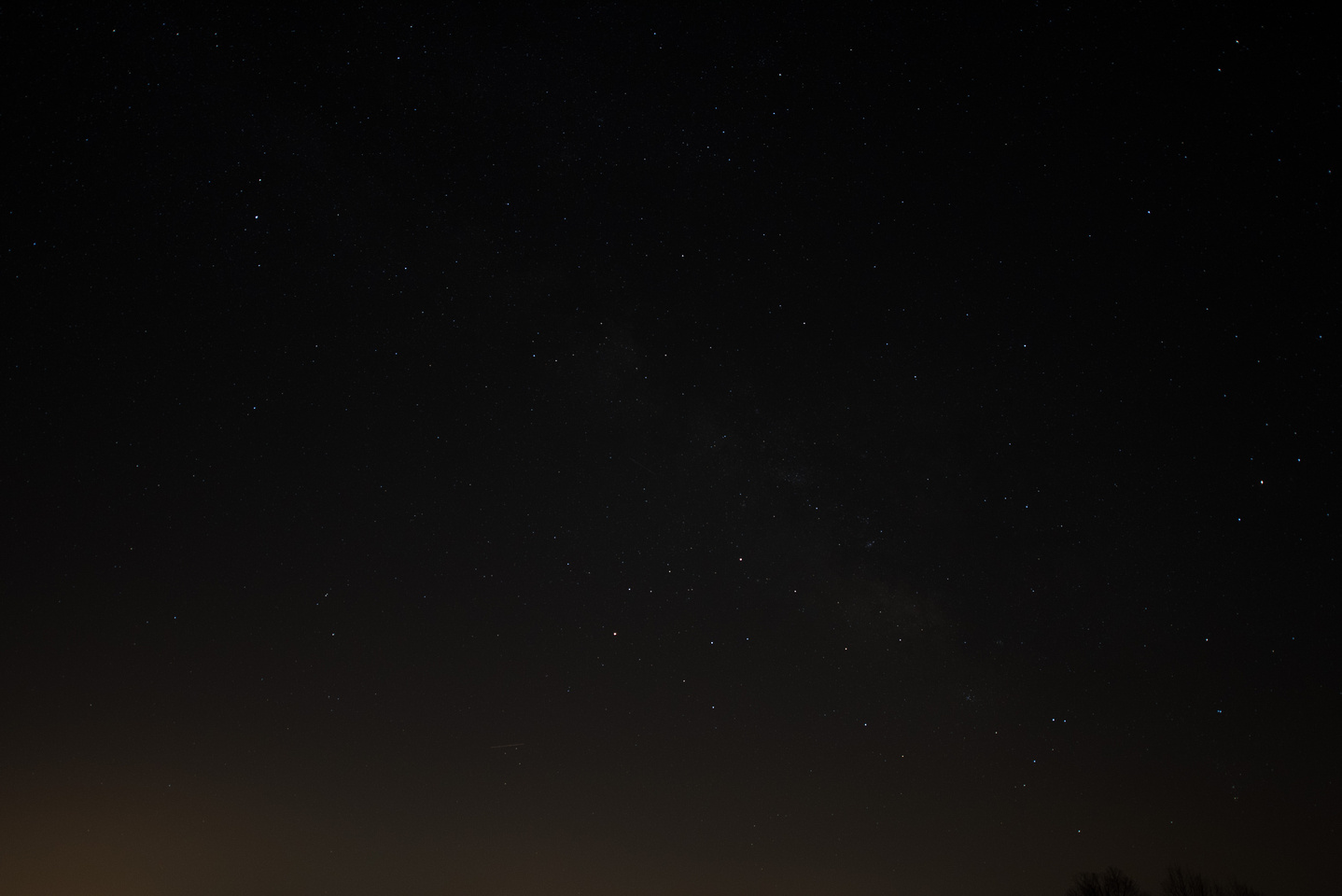 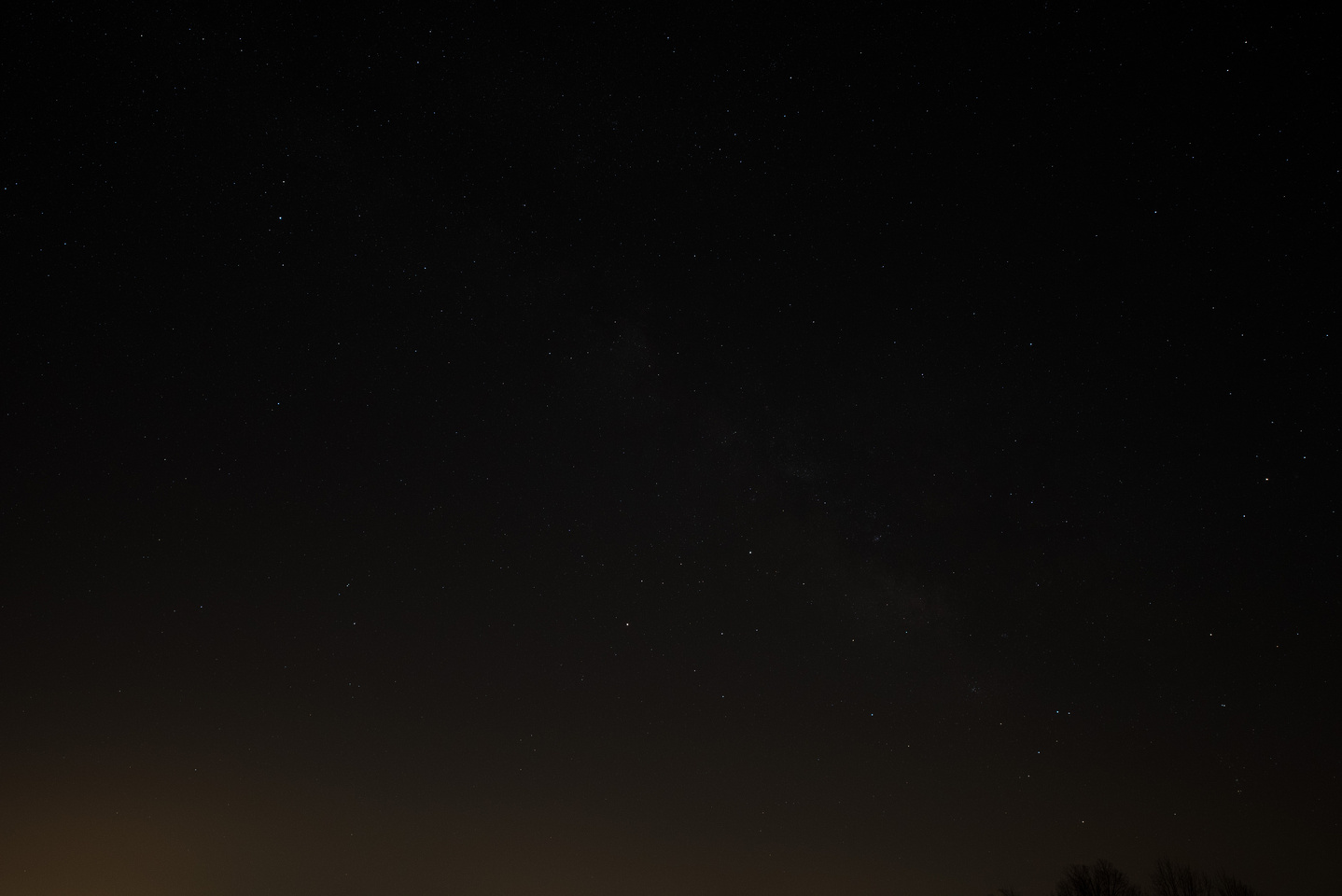 For this comparison, I increased the Exposure, Saturation, Contrast and I reduced the Highlights.  I also used the automatic Lens Profile Correction for the Nikon to remove the vignette, and fixed the vignette manually on the Sigma.  The same edits were applied to each photo. 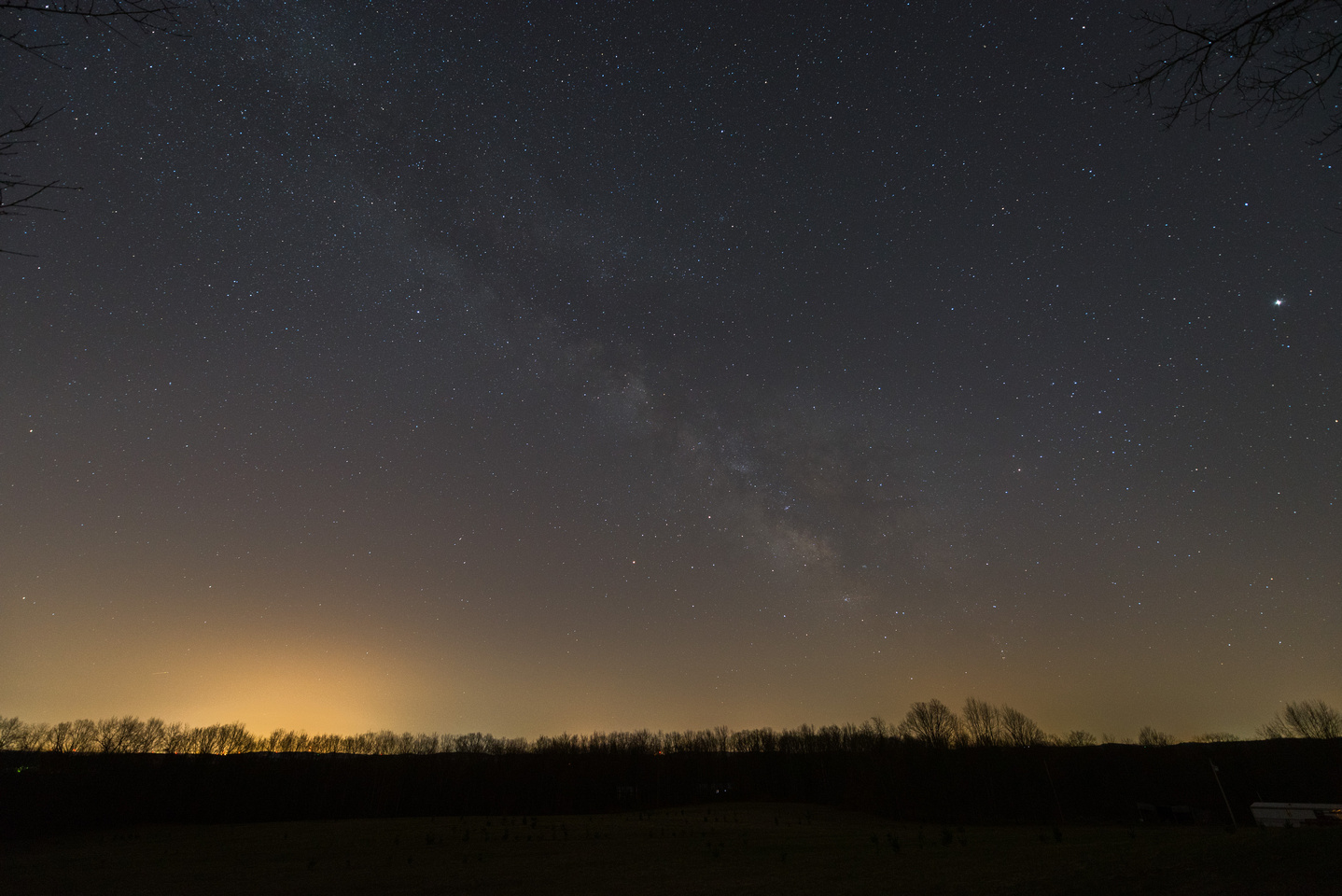 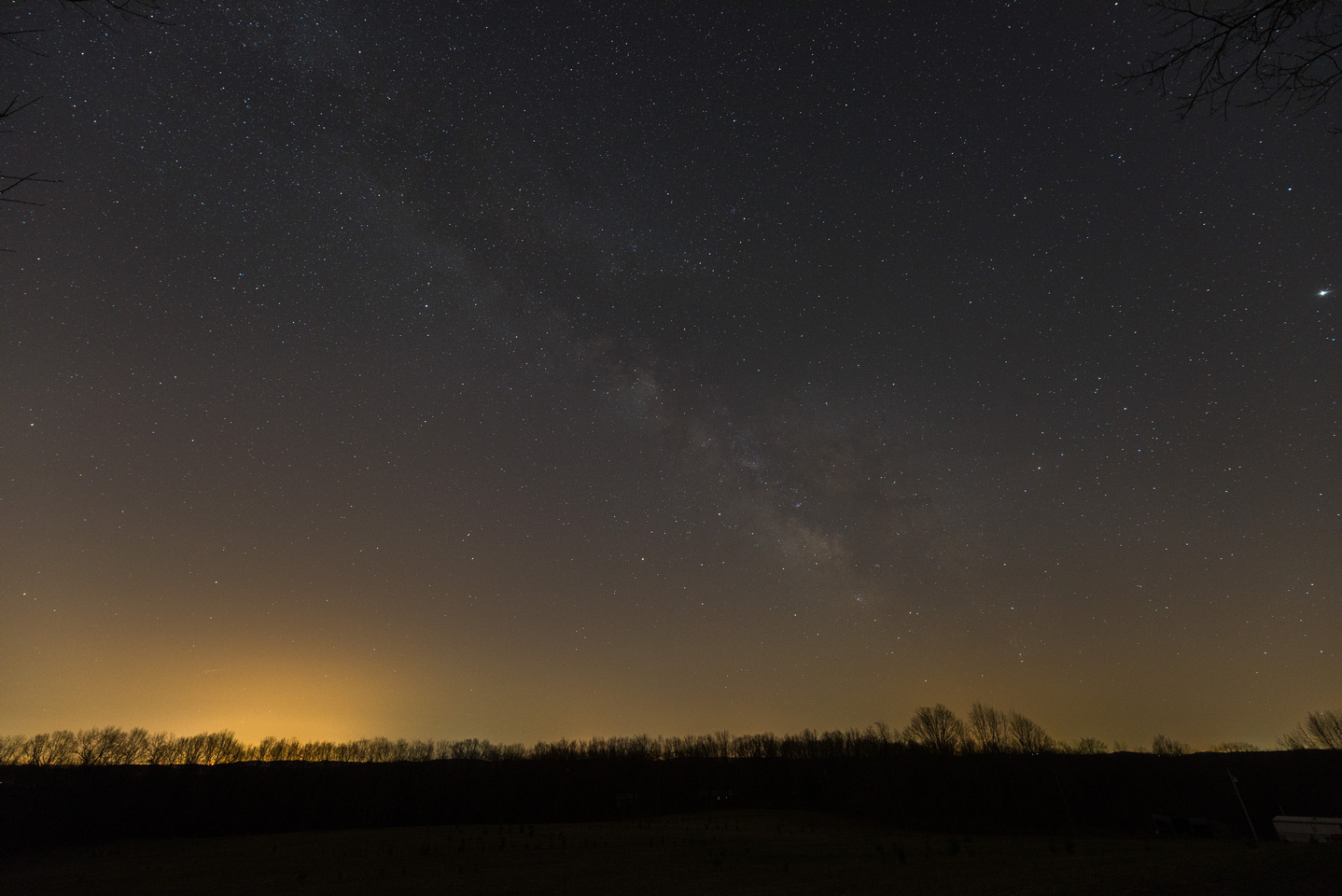 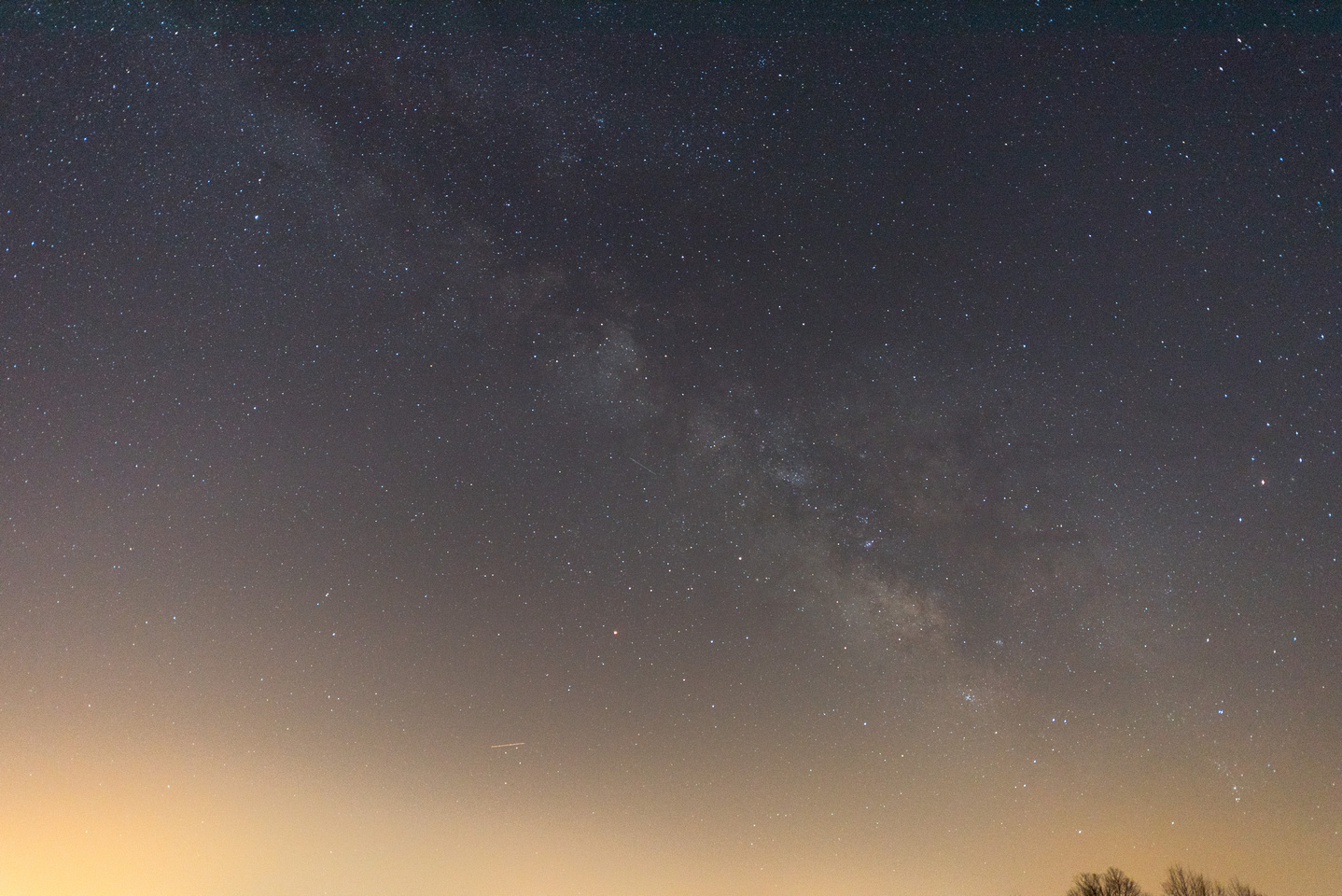 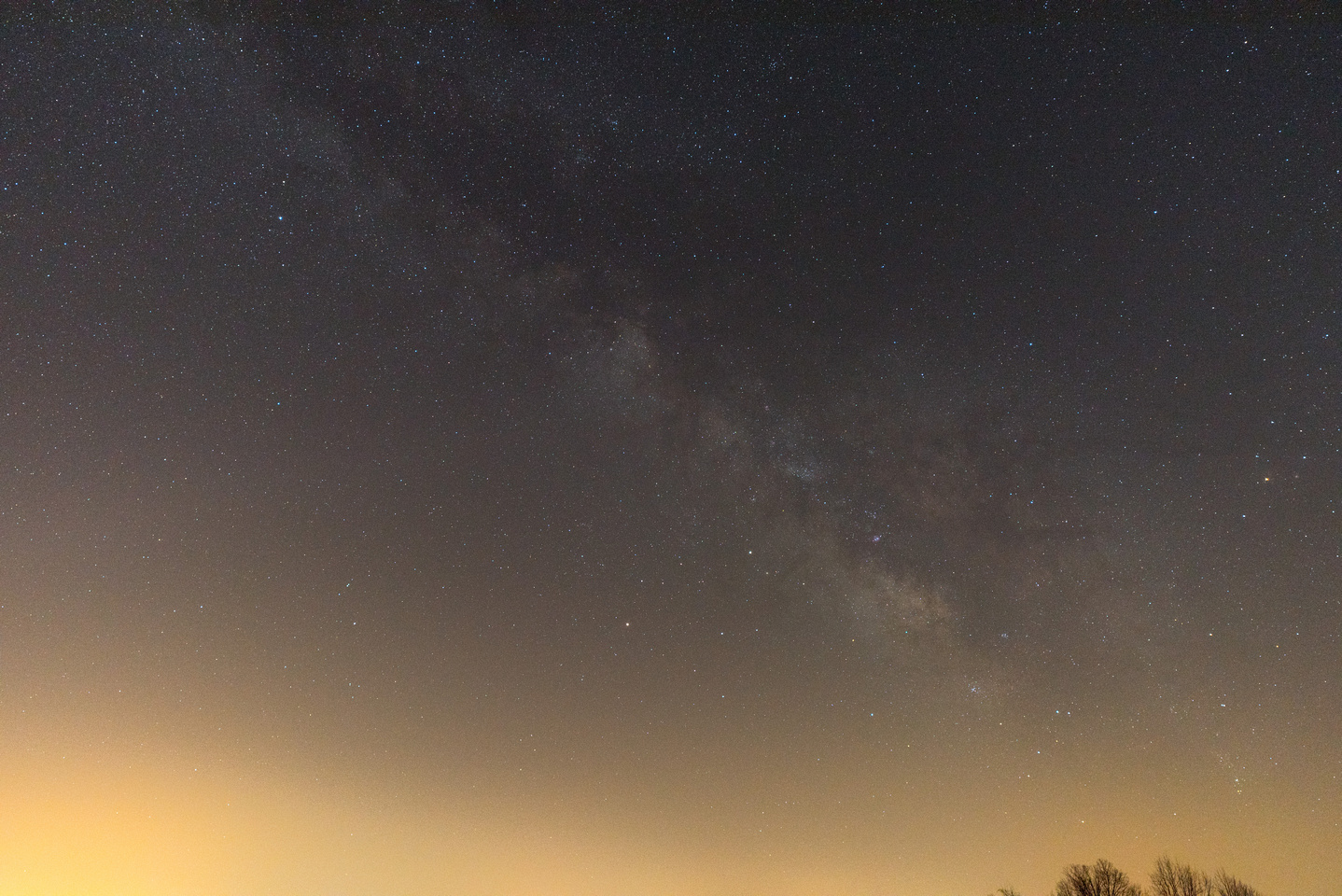 I cropped heavily into the upper right corner of the image, to show a clear look at any star distortion.  The Shutter Speed was 15 seconds, which means there is a slight amount of motion blur due to the Earth's rotation. 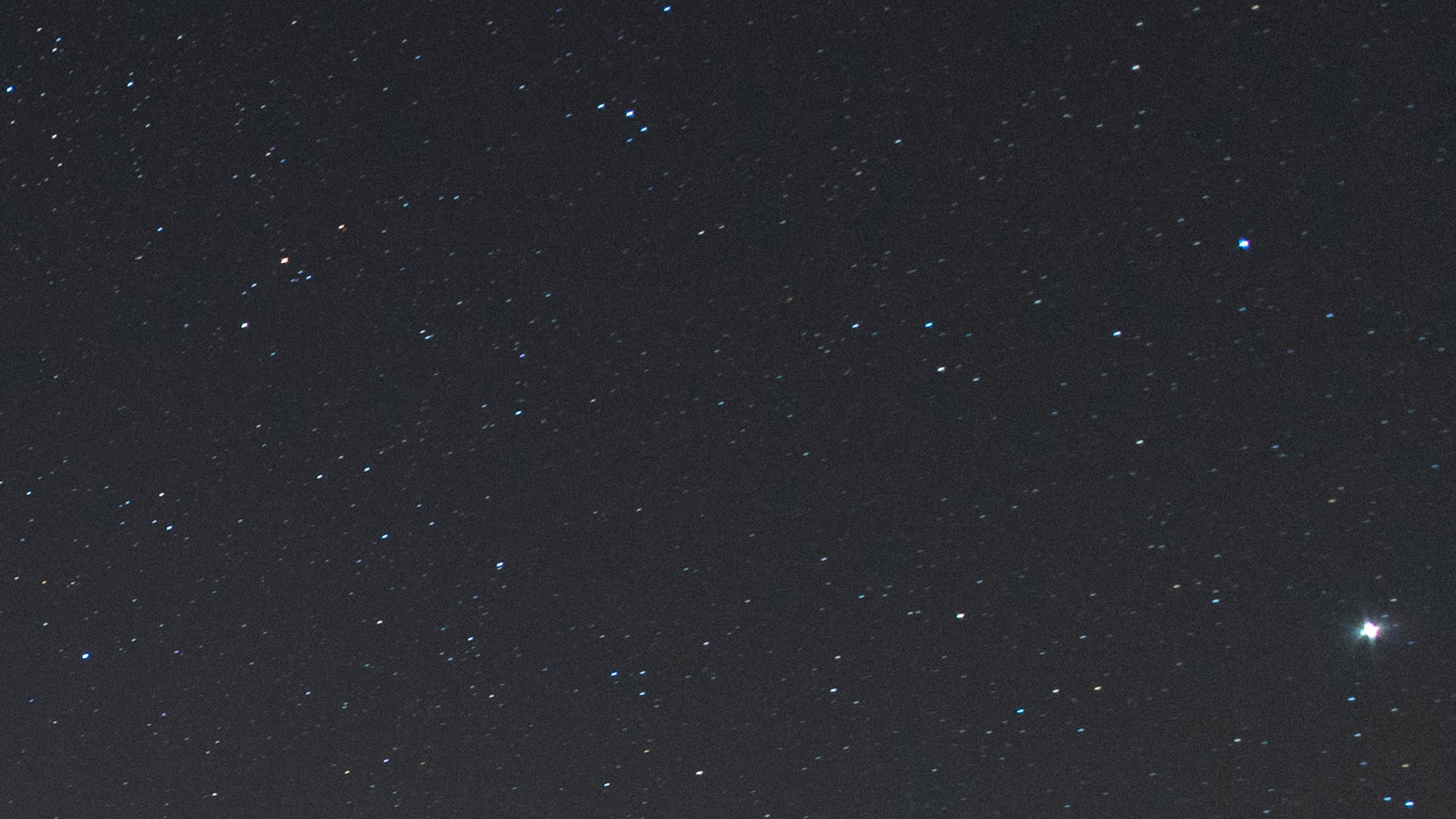 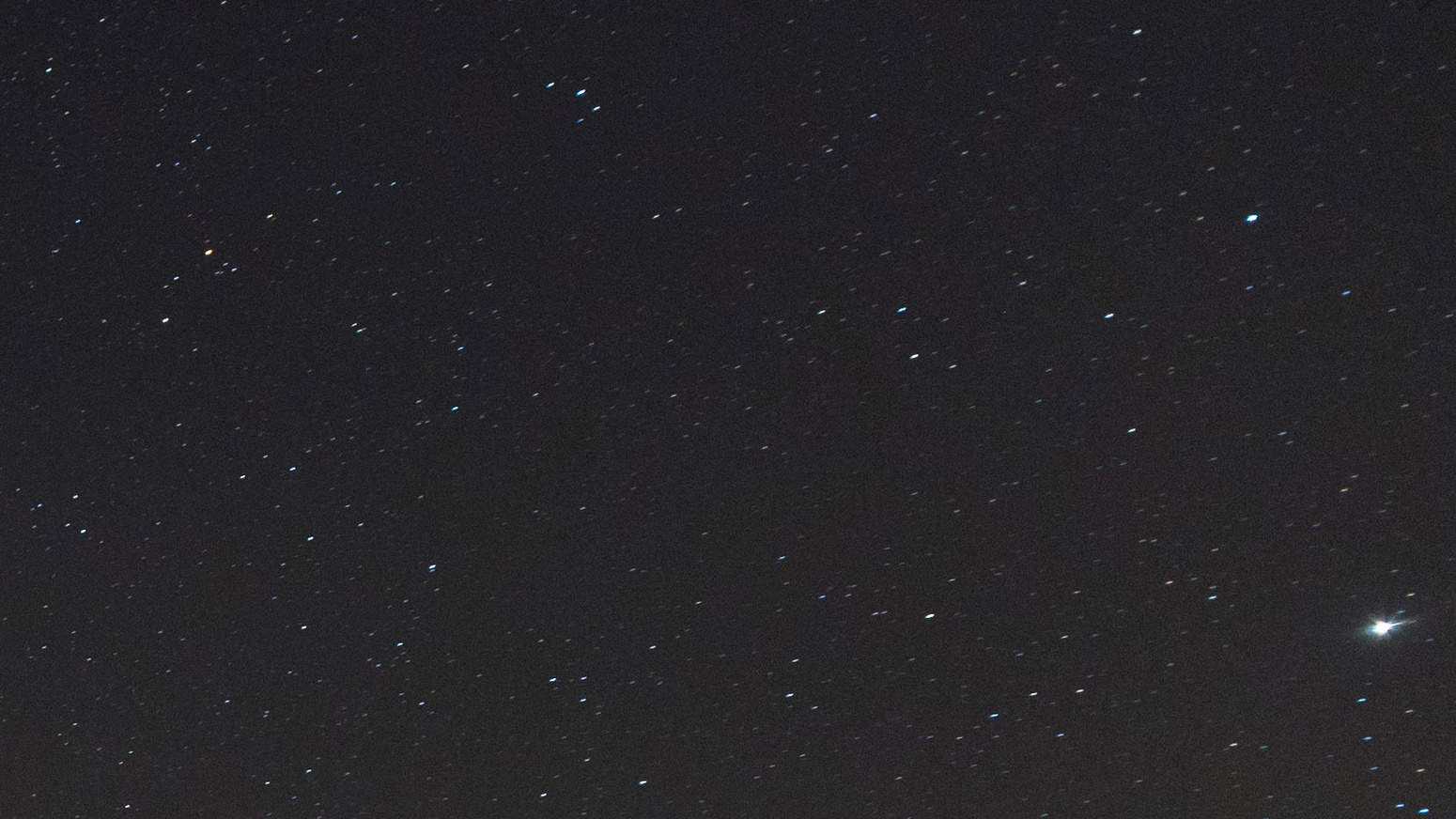 For this comparison, I took the edited images, removed any Profile Corrections, and brightened the Sigma by roughly 1/3 Stop to compensate for the T/Stop difference.  At this point, we should have a clear look at the vignette for each lens.

Both lenses have minimal vignette, however the Sigma has a slight advantage.  The Nikon is rated at -1.6 EV on DXO Mark, I would guess the Sigma will be rated around -1.5 EV. 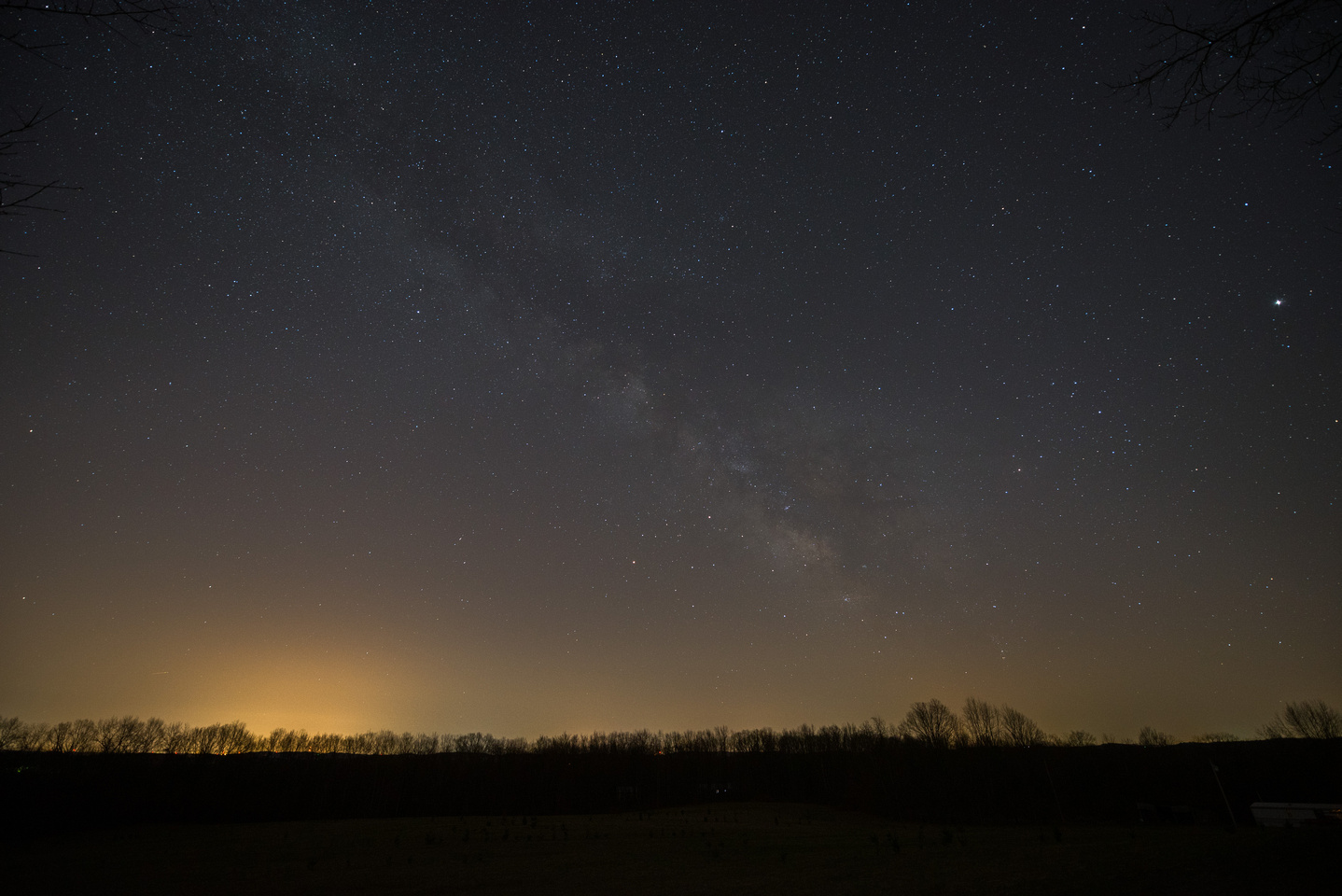 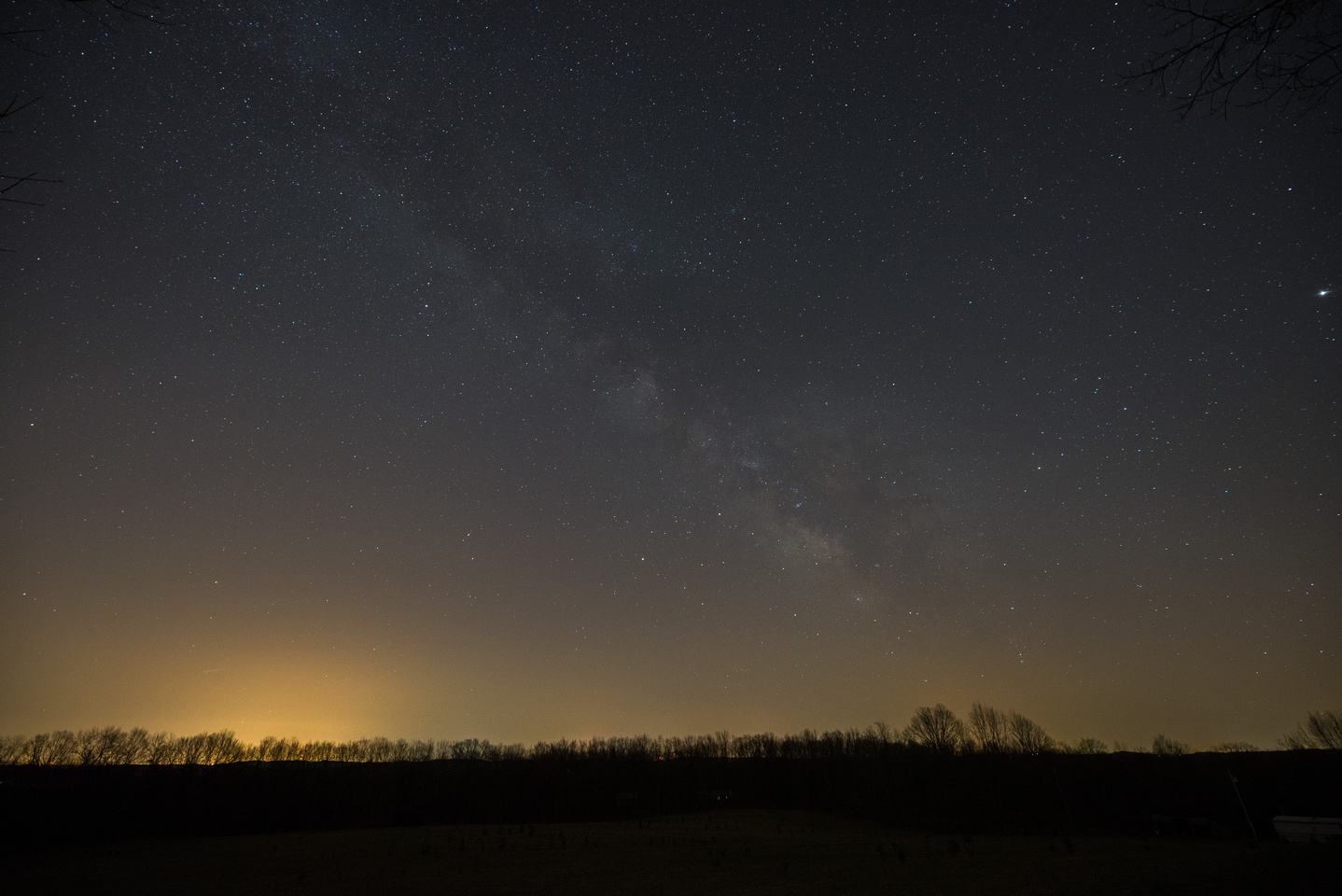 Overall, the Sigma did a fantastic job!  Remember, you can visit the image gallery and download all the test images for a better look.  Also, if you want an even more in-depth look at how the Sigma 14-24mm performs, here's Dustin Abbot's fantastic video review.

Let's break down each point:

After these tests, it's clear that the Sigma 14-24mm Art lens will make an excellent addition to any night photographer's collection!

To learn more about Astrophotography, be sure to check out my free tutorial!

Jake(non-registered)
Thanks for the review. Do you have any thoughts or experience on the Sigma 14mm f/1.8? Is it better at 2.8, than these two (It has a bit of coma, wide open at 1.8.)? Thanks!
BillJ(non-registered)
I picked up the Sigma in December of 2018 when it was on sale at B&H for $900. Such a steal for this lens! I use a tracker so usually shoot it at f4 and I'm completely satisfied with the results. Since I use Canon, buying the highly regarded Nikon 14-24mm wasn't a good option.
Patrick(non-registered)
Hi Peter,

Thanks to this very interesting review.
I bought the sigma 20mm/1.4 for night shots and astrophotography. This lens does a very good job too. I am really happy with it.

I've seen your comparisons between the Nikon 14-24mm and Tamron's 15-30mm G2, as well as the Nikon 14-24mm versus the Sigma version. I realize for astrophotography you can't go wrong with any of these lenses but if you had to choose one, would it be the Tamron or the Sigma?
Wonderful review(non-registered)
Hi Peter.

Thank you for that wonderful review.
Looking at your images, I can't help notice that the Nikon seems a little wider than the Sigma - maybe ~1mm or so.
It's apparent when observing the tree line and the bright star to the right.
Does it have something to do with your setup, or is it a real difference in the optics?