For the past 9 months I've been back in Ohio, working part-time at the local camera shop and teaching lessons.  The road had been calling me for a while and I knew I had to get back out there.  The upcoming Total Solar Eclipse provided the perfect opportunity to hit the road!  My overall plan is to enjoy the eclipse in Wyoming, drive down to Colorado for the fall colors, explore Utah, and arrive back in Ohio by November.

I left Ohio on a stormy Friday afternoon, it felt weird leaving everything behind again.  The drive was incredibly boring, as expected.  I was surprised how ridiculous the tolls were!  It cost me around $50 in tolls to drive from Youngstown, Ohio to Rockford, Illinois!!  That's another reason why I love the west, no absurd tolls along the highway!

As I was driving through South Dakota, I noticed what looked like a castle wall on the horizon, rising up from an otherwise flat landscape.  It was actually the start of the Badlands!  I arrived at Badlands National Park on a beautiful Saturday afternoon.  The sun was already low on the horizon, providing some nice, soft light.  In 2012 we had driven through here on the way home from my first backpacking trip out West.  It was 110 degrees at the time!!  Needless to say, we got out of the car at one overlook for 5 minutes and then got out of there!  This time the weather was perfect, with temps somewhere in the 60's. 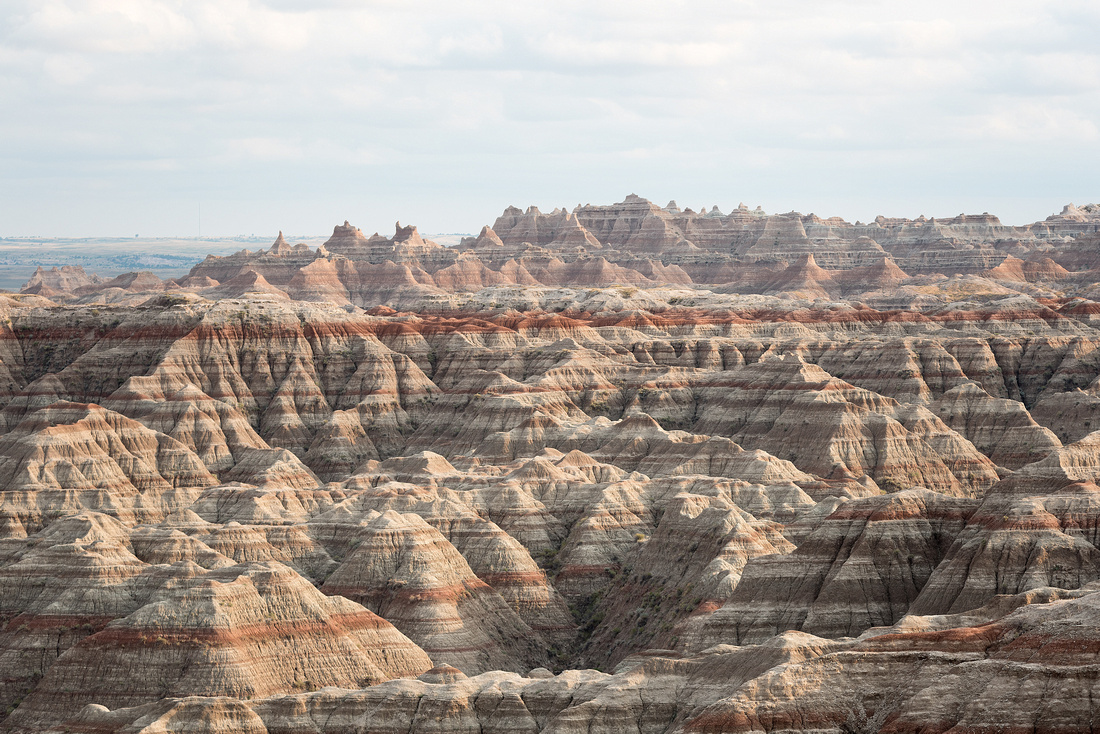 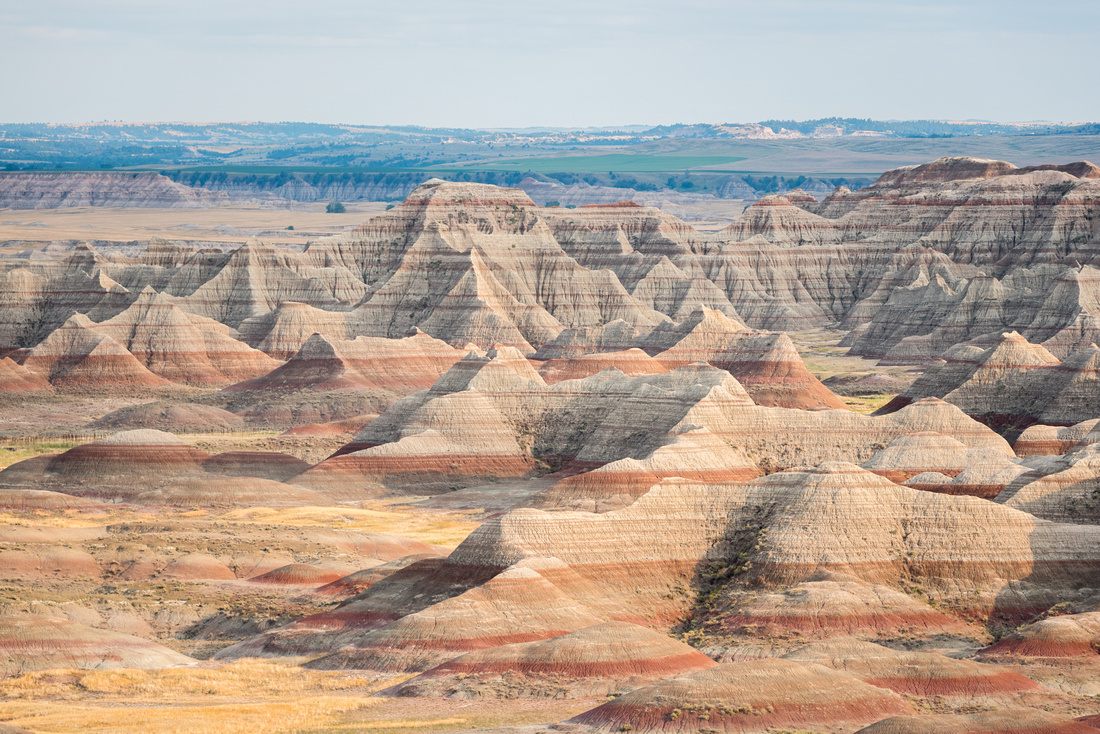 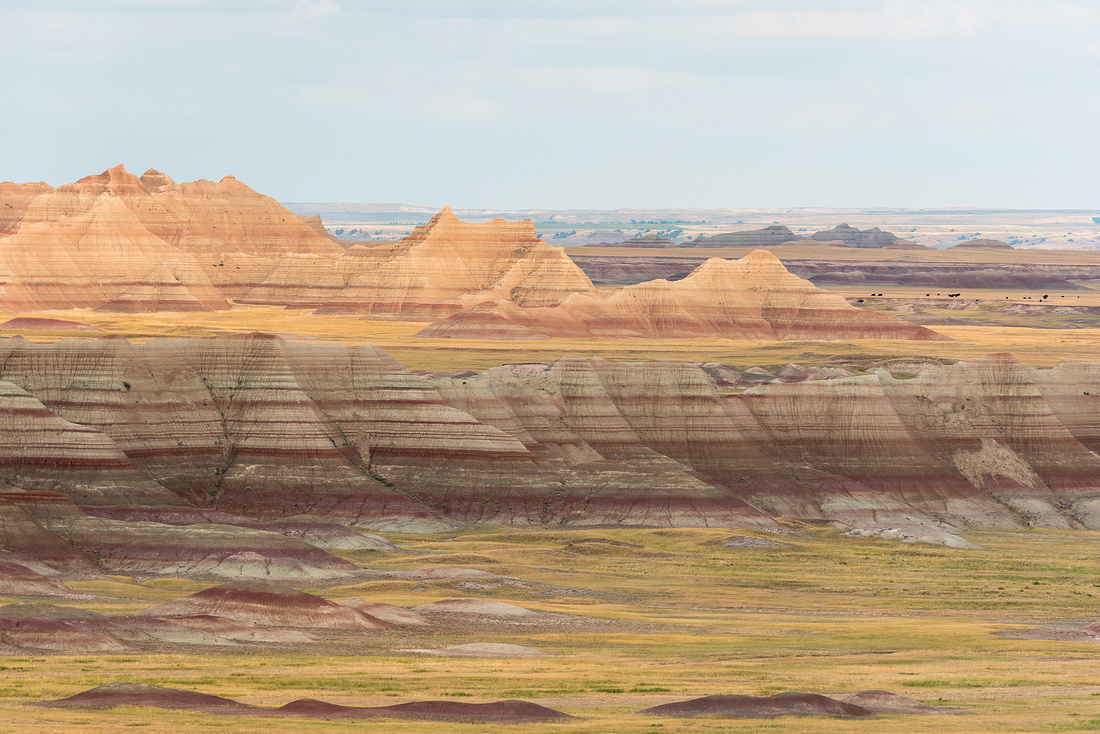 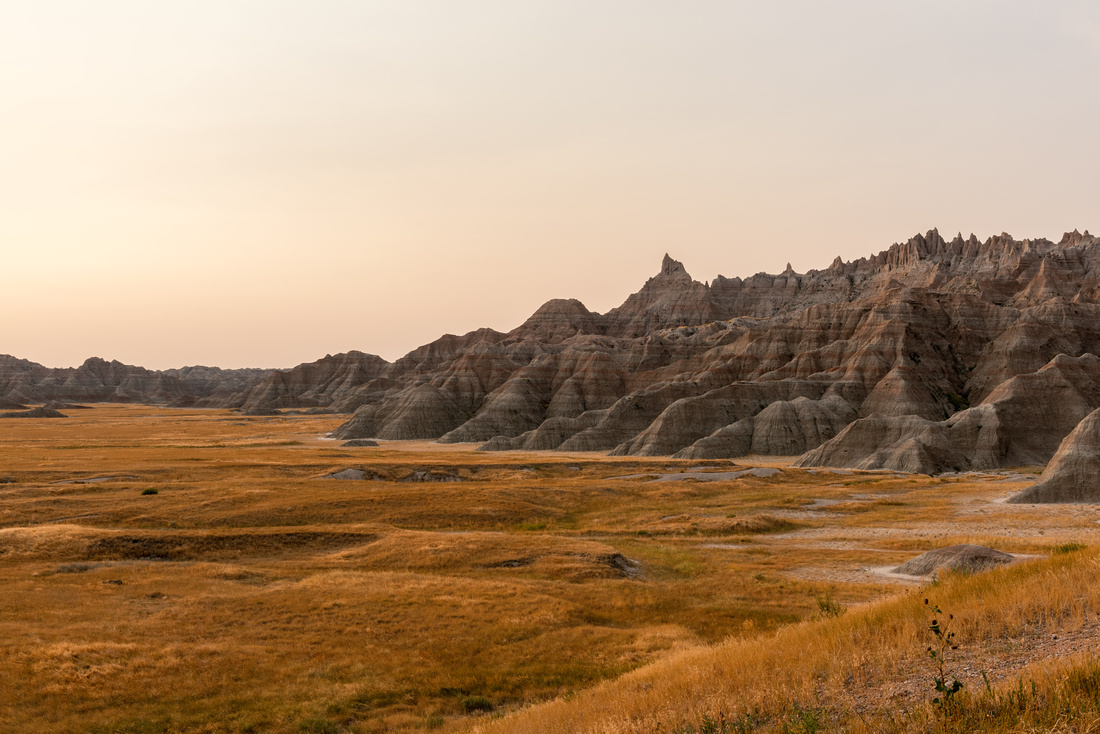 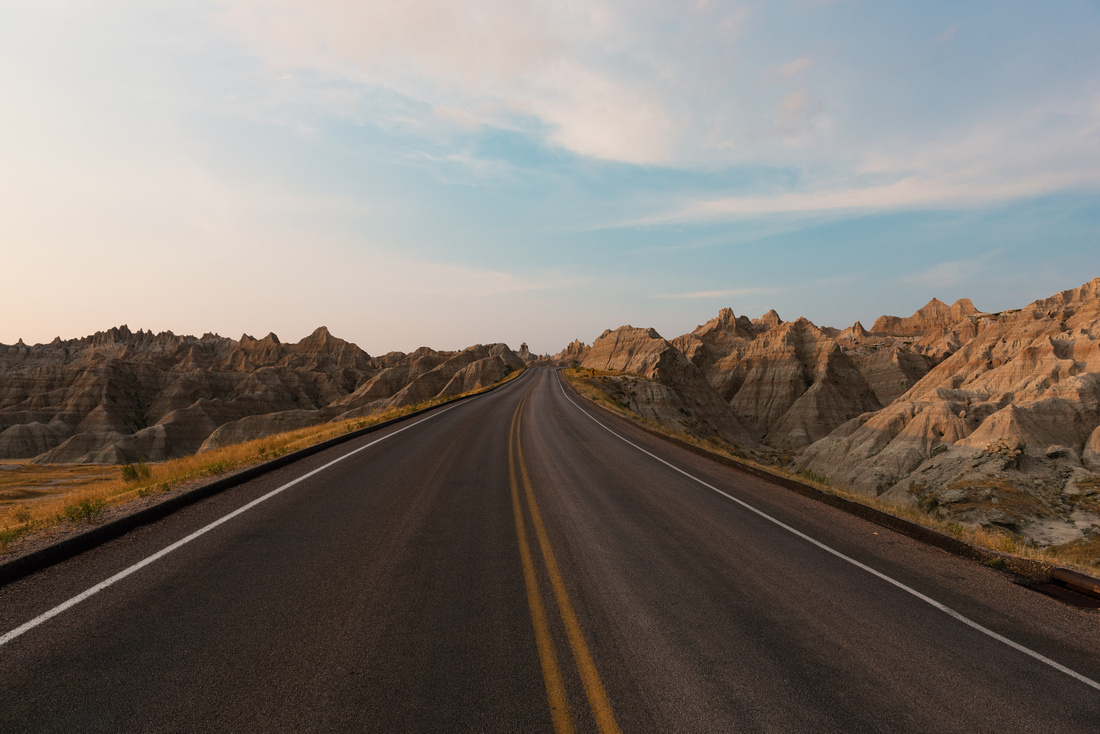 It was nice to take a relaxing drive through the Badlands, stopping occasionally to explore on-foot.  I've been to a lot of weird places, but the Badlands is on a whole 'nother level!  It was like walking on the surface of some distant world.  Towering spires rose overhead, red streaks ran through the landscape.  In the distance, striped pyramids rose up from the desert floor.  It looked like a pastel painting!  Click here to view my Badlands Gallery. 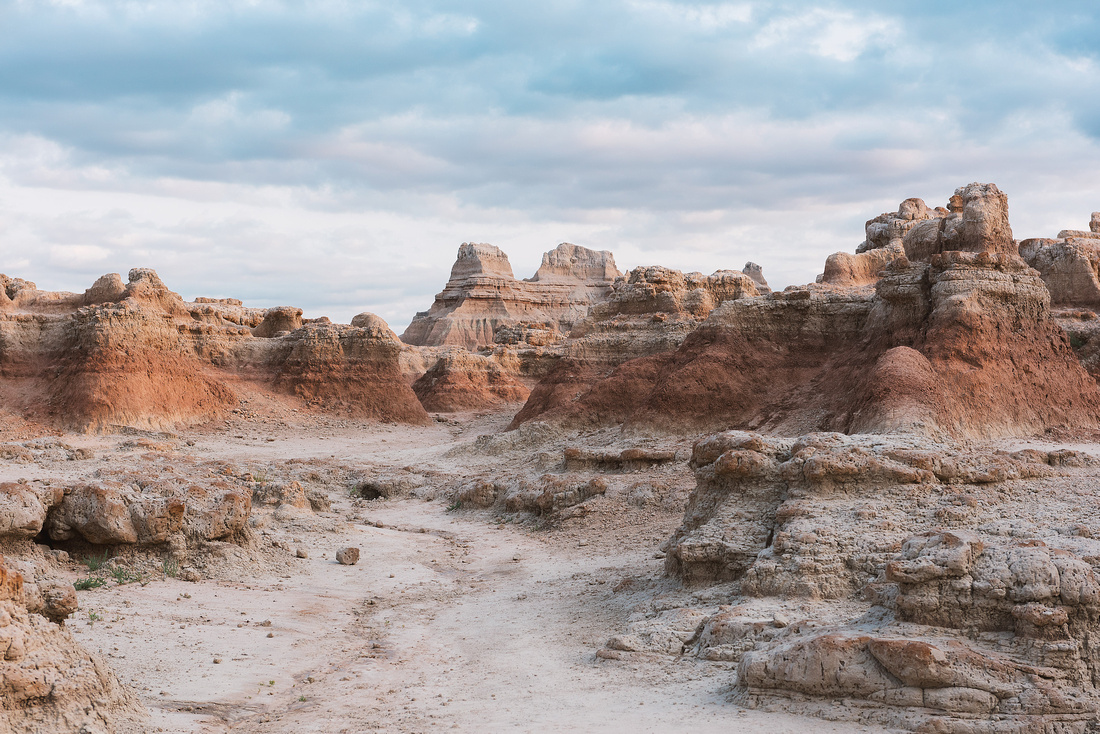 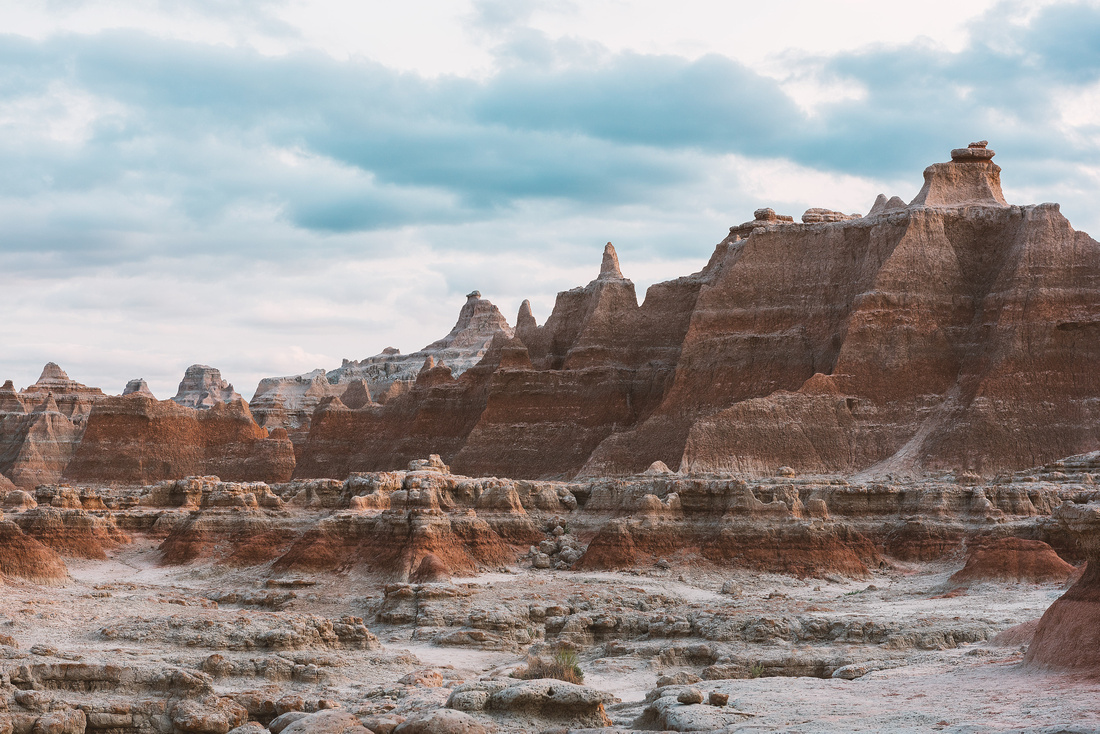 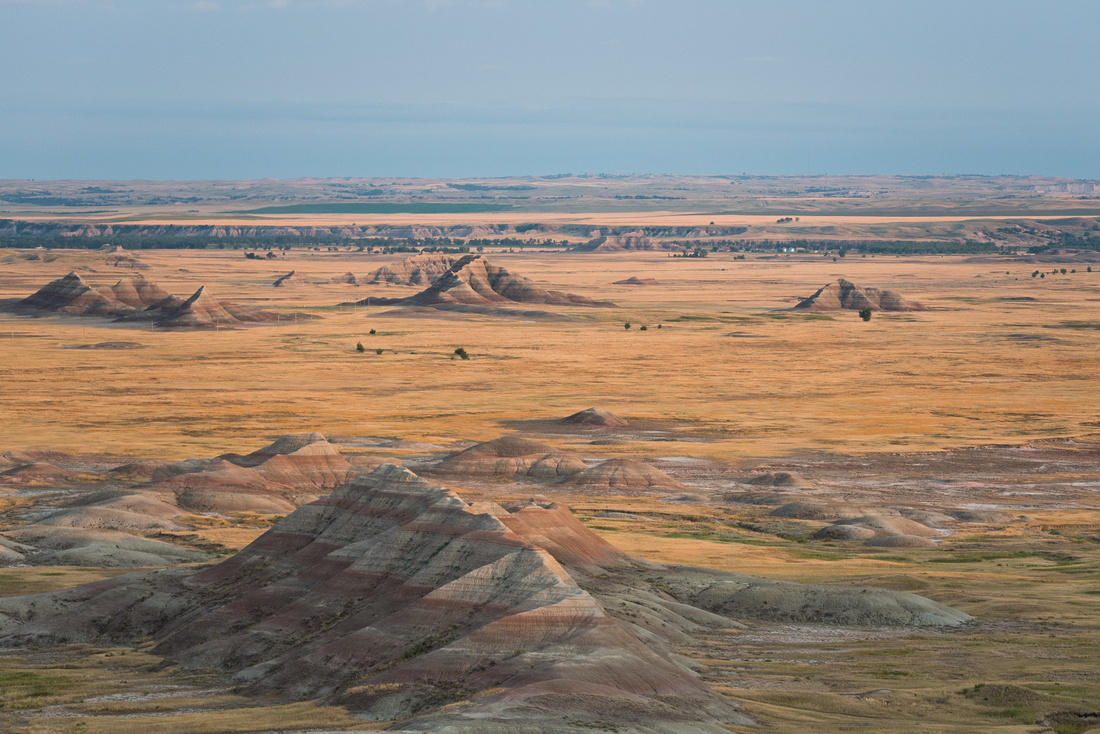 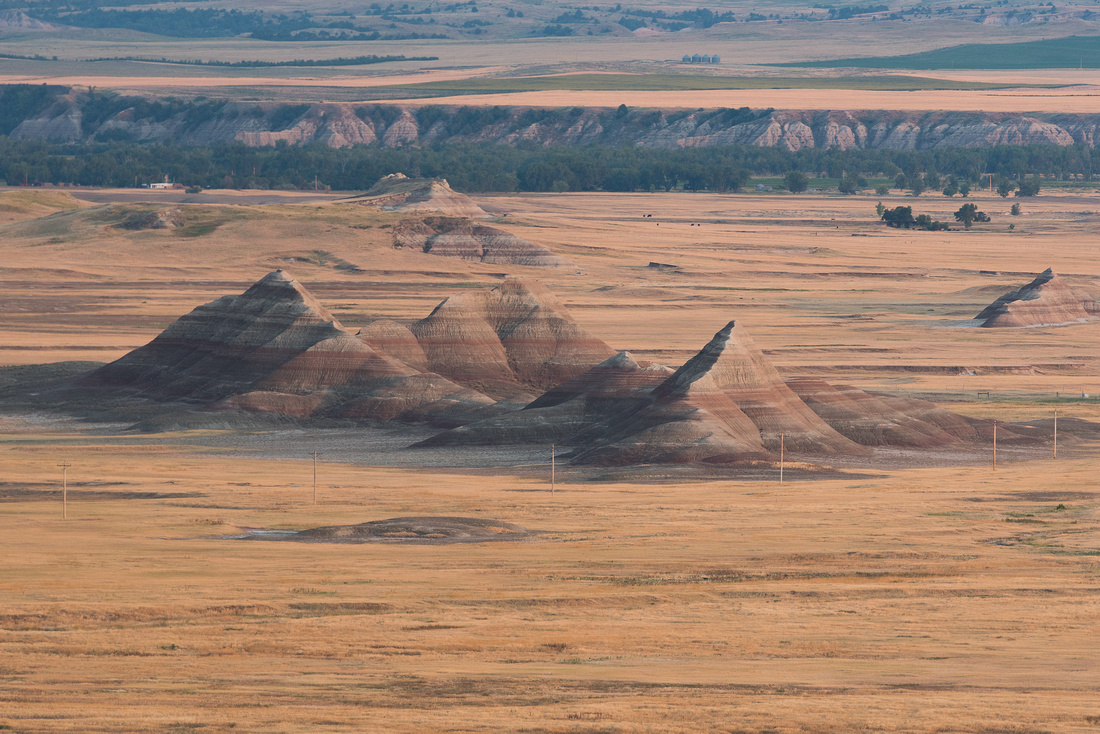 As the sun reached the horizon, it turned blood red!  Apparently the clouds on the horizon were blocking most of the light from the sun; I wondered if this was smoke from the distant wildfires.  Using my 150-600mm lens, I was able to zoom in and capture a sunspot!  Good practice for the upcoming eclipse! 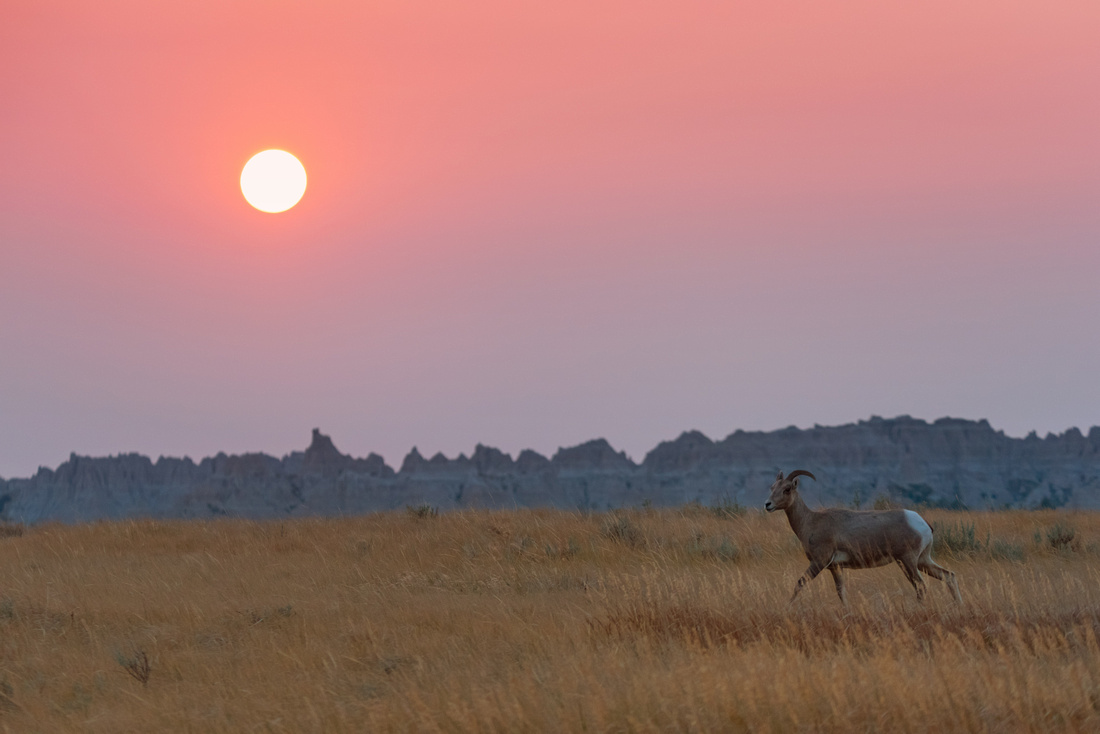 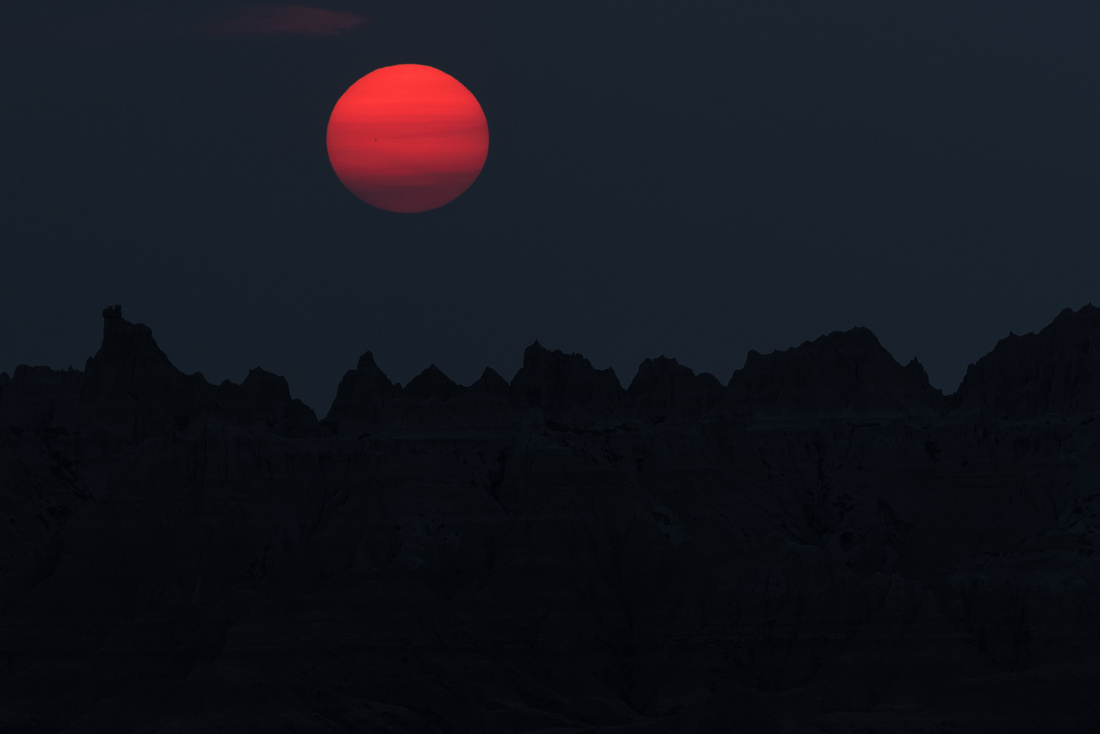 My next destination was Sylvan Lake, in Custer State Park.  I had never been to this region before, and I really didn't know what to expect.  During the long drive up to Sylvan Lake, I couldn't stop thinking how on earth they could have built this road!  It twists and turns endlessly, occasionally cutting straight through solid rock!  I drove through at least 6 one-lane tunnels!  As I reached the top of the mountain, I just had to get out and enjoy the scenery.  I pulled over and saw a trail heading into the massive rock garden.  I was only planning on a quick, 5 minute hike.

The views were so incredible, I kept hiking and hiking.  Something bright red caught my eye, raspberries!  The trail was surrounded by thousands of fresh, ripe raspberries!  They were excellent!  A nice treat for my first real hike out west in 2017.  After about 30 minutes I came around a corner and saw Sylvan Lake in front of me.  It felt like I was in Disney World, everything was too incredible to be real.  Click here to see all the photos from Custer State Park. 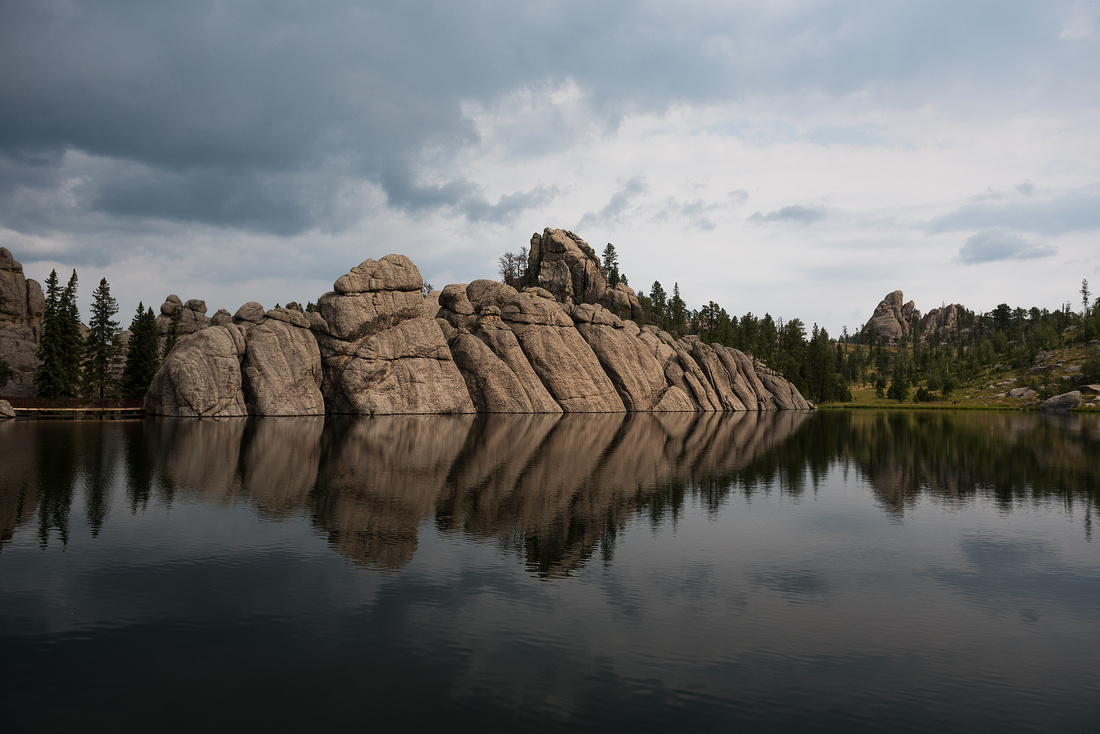 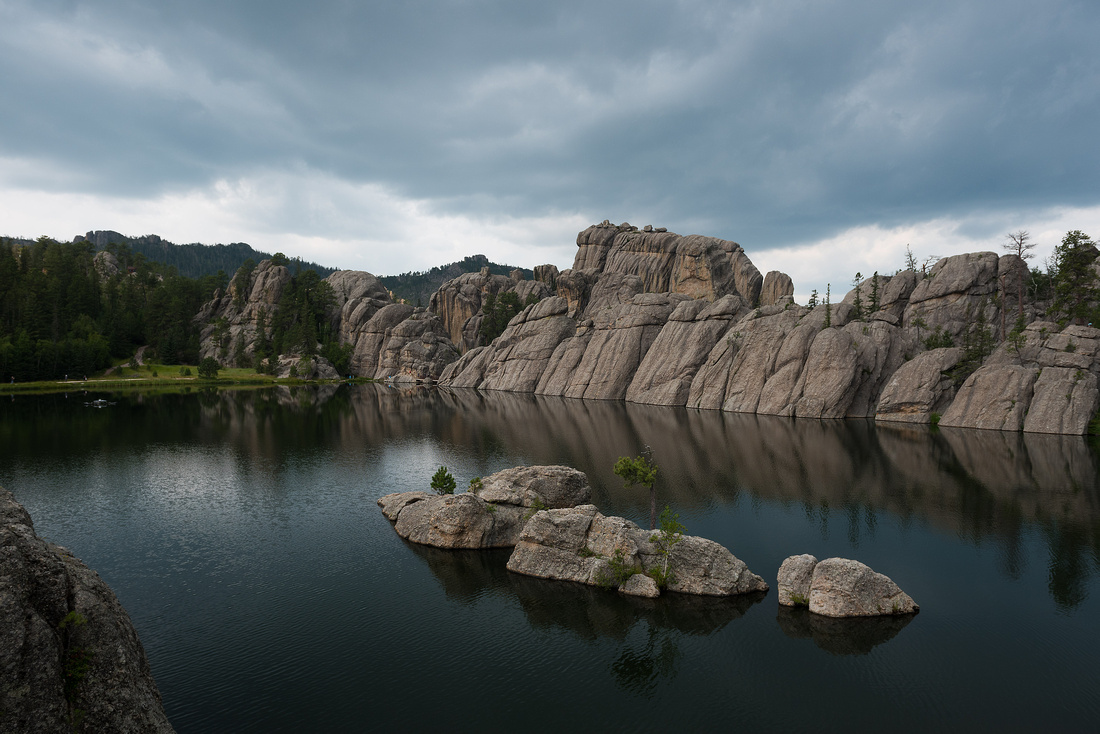 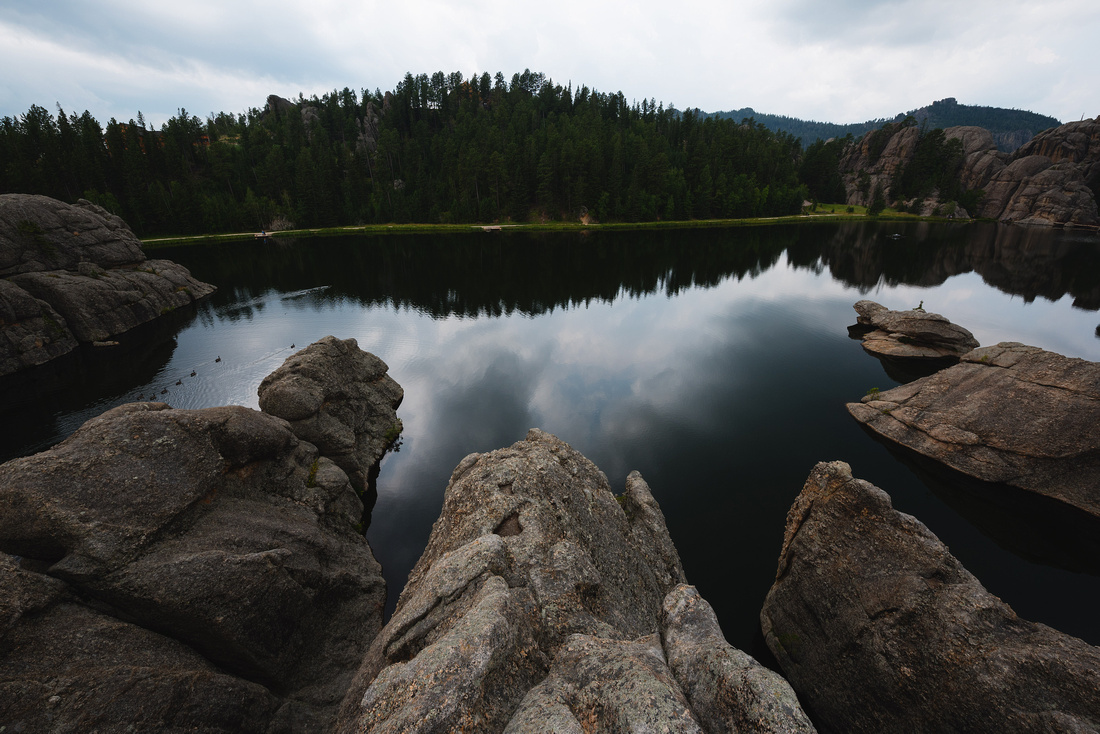 With my photo session wrapped up, I continued the drive down the narrow, winding roads through the Black Hills.  I stopped at the Cathedral Spires area next.  This spot is easily my favorite in the park!  It feels like another planet out here! 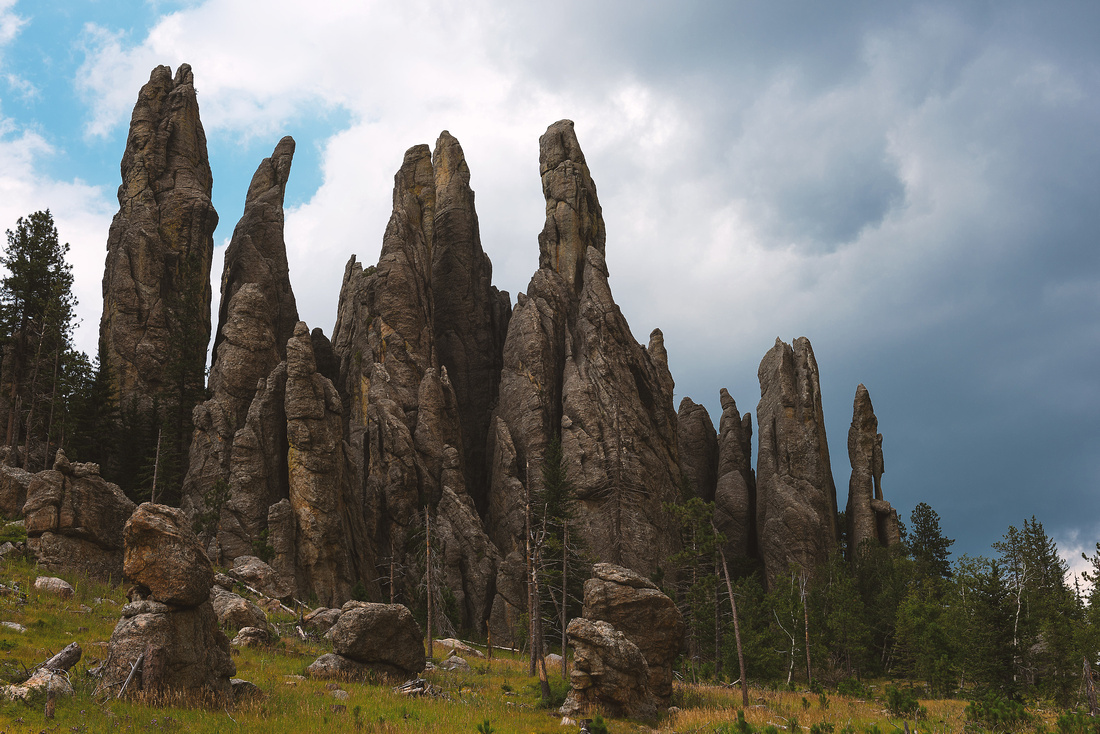 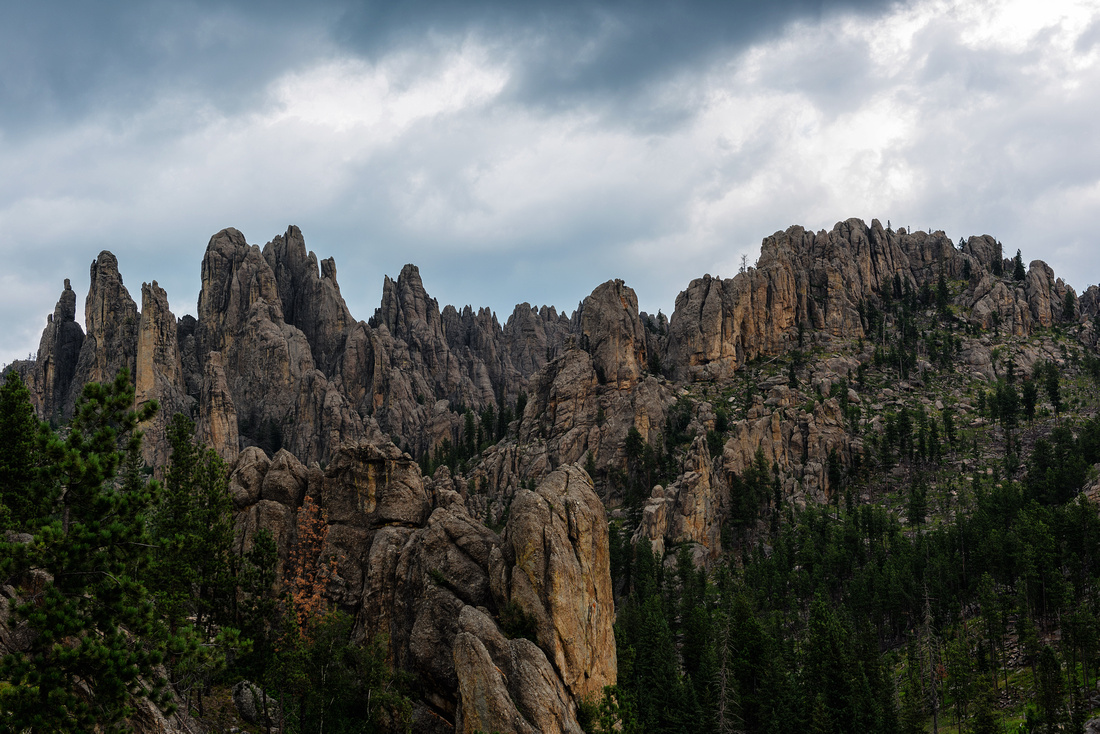 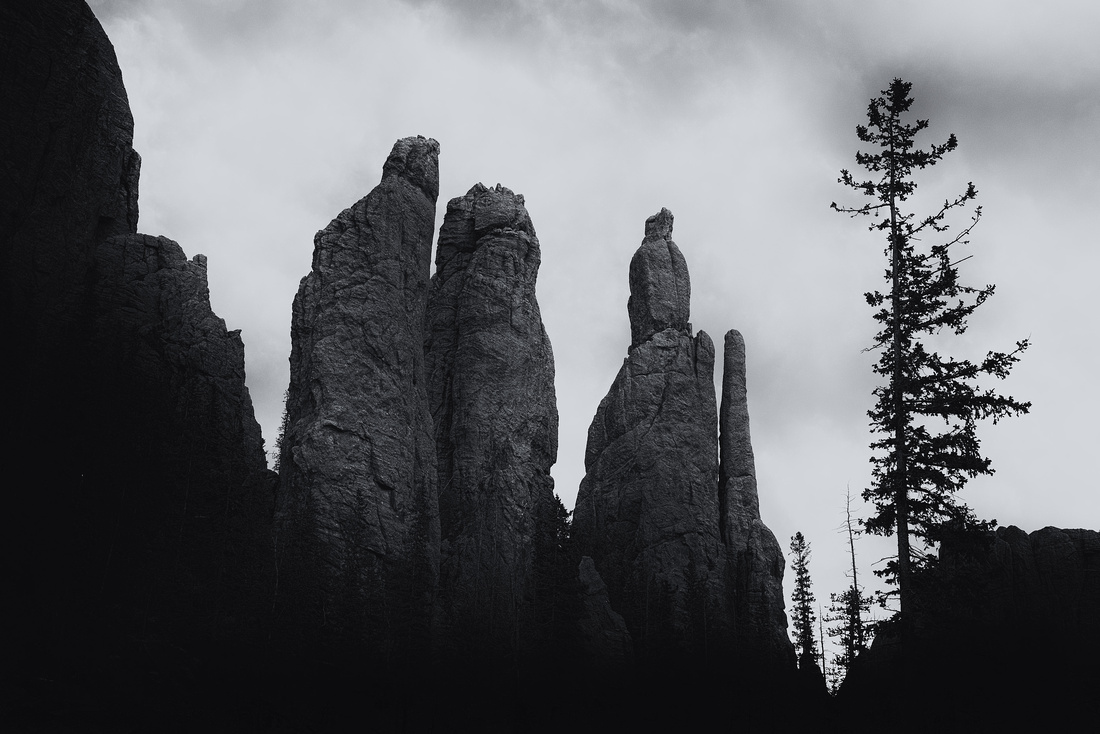 Eventually I arrived at the Wildlife Loop at Custer State Park.  I had been looking for this landscape for a long time!  Verdant, green hills stretched off in all directions.  A few stray trees clung to the tops of the hills.  Dark storm clouds drifted across the sky, with the occasional burst of sunlight breaking through.  I spent the rest of the day exploring the backcountry roads throughout the hills.  As the sun began to set, I had dinner at an overlook.  When dusk fell over the land, the coyotes started to howl.  It's oddly peaceful listening to them now. 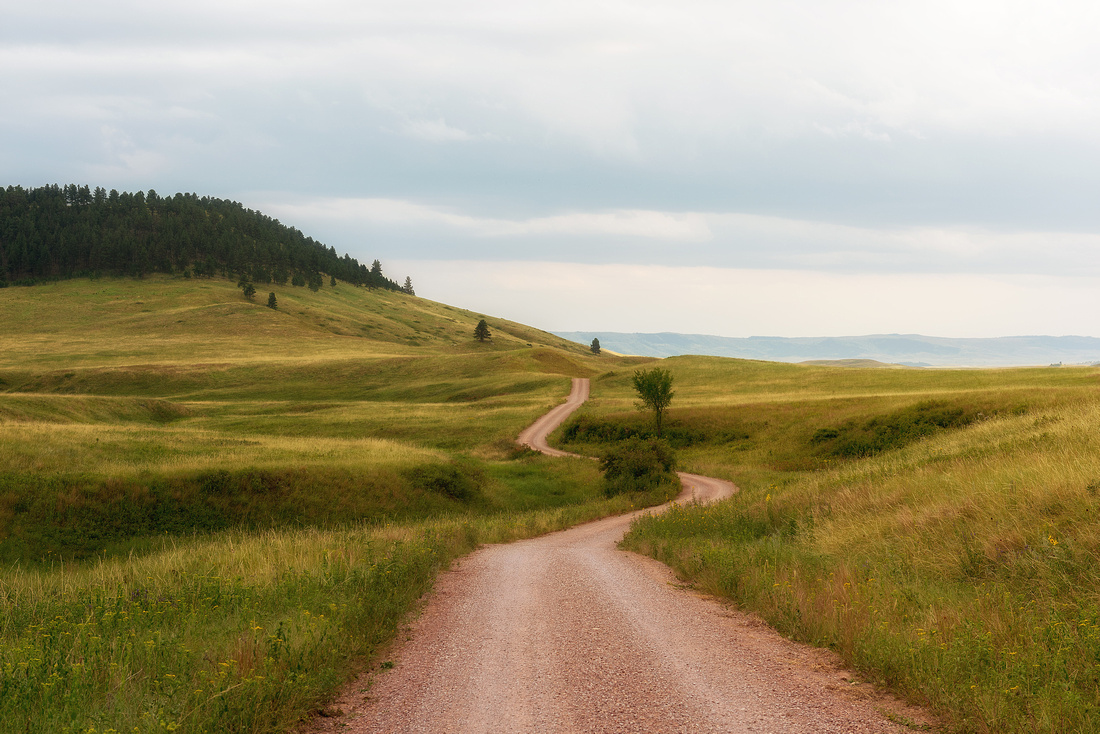 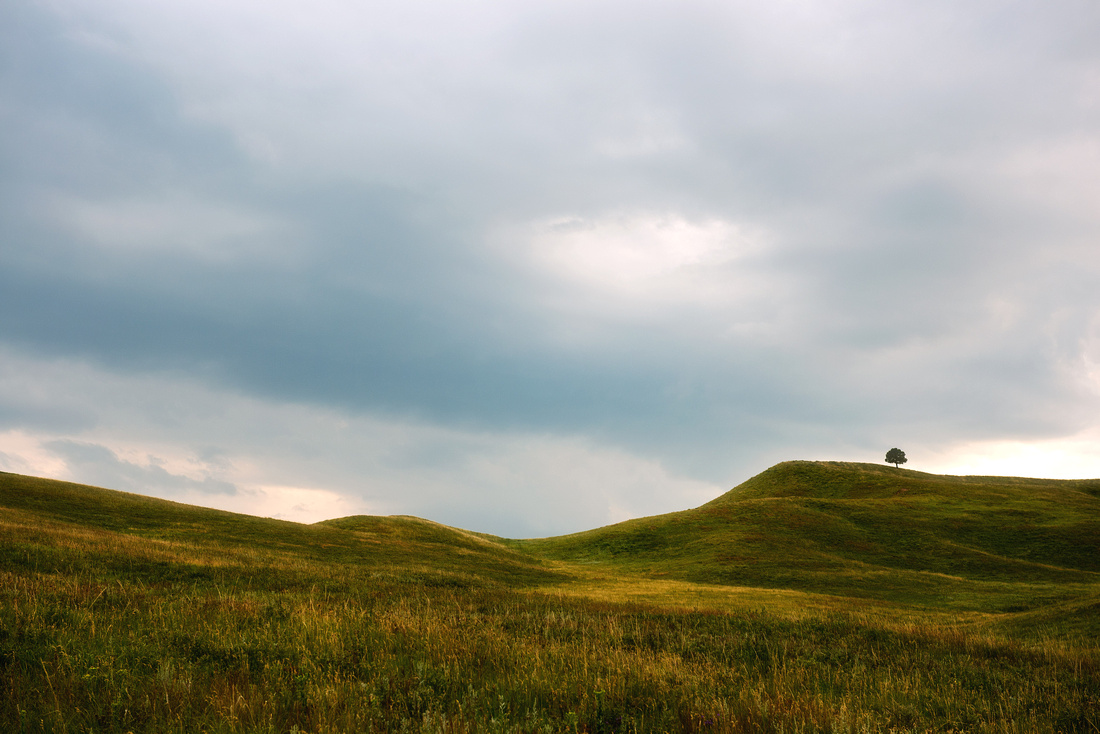 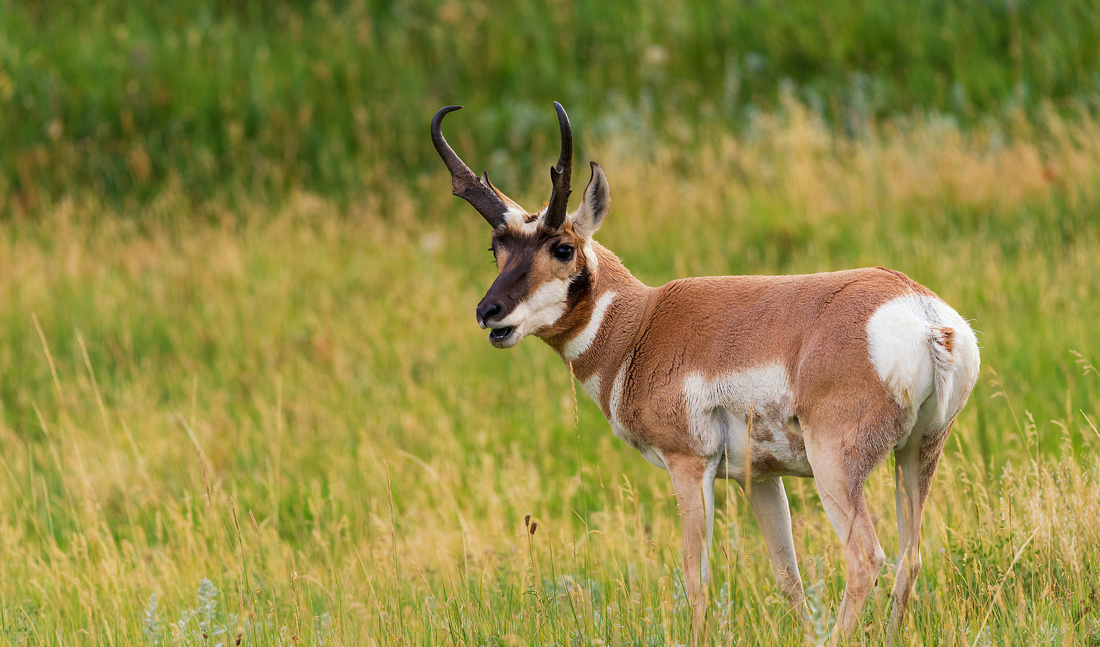 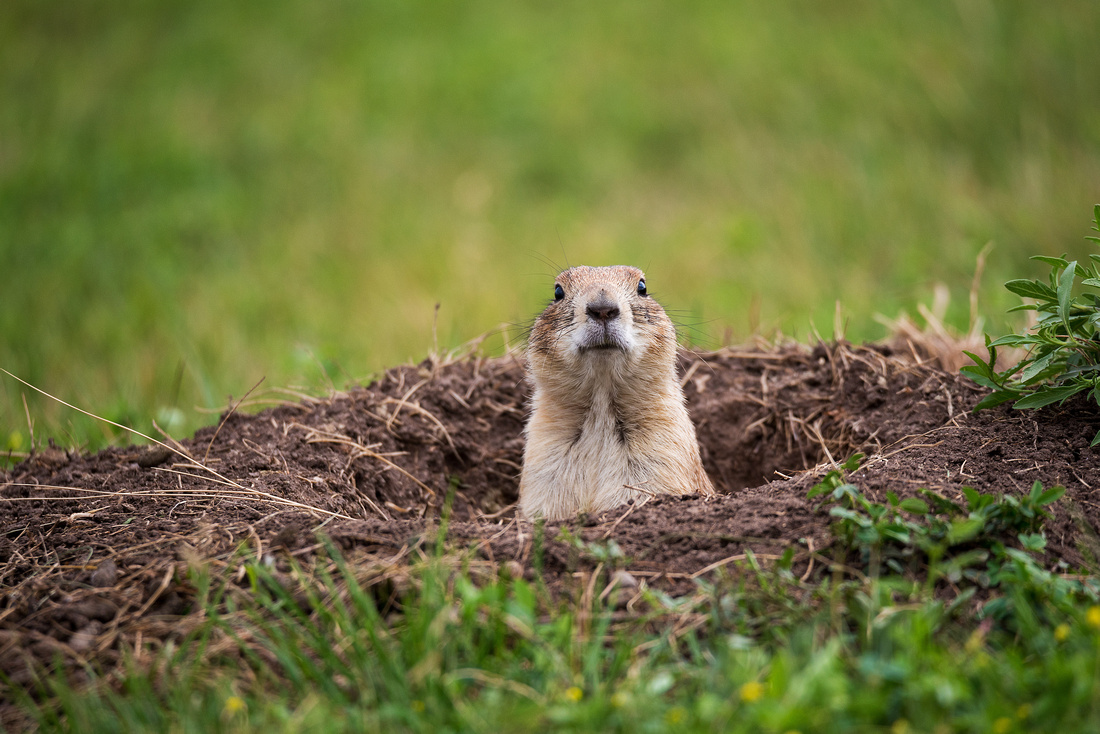 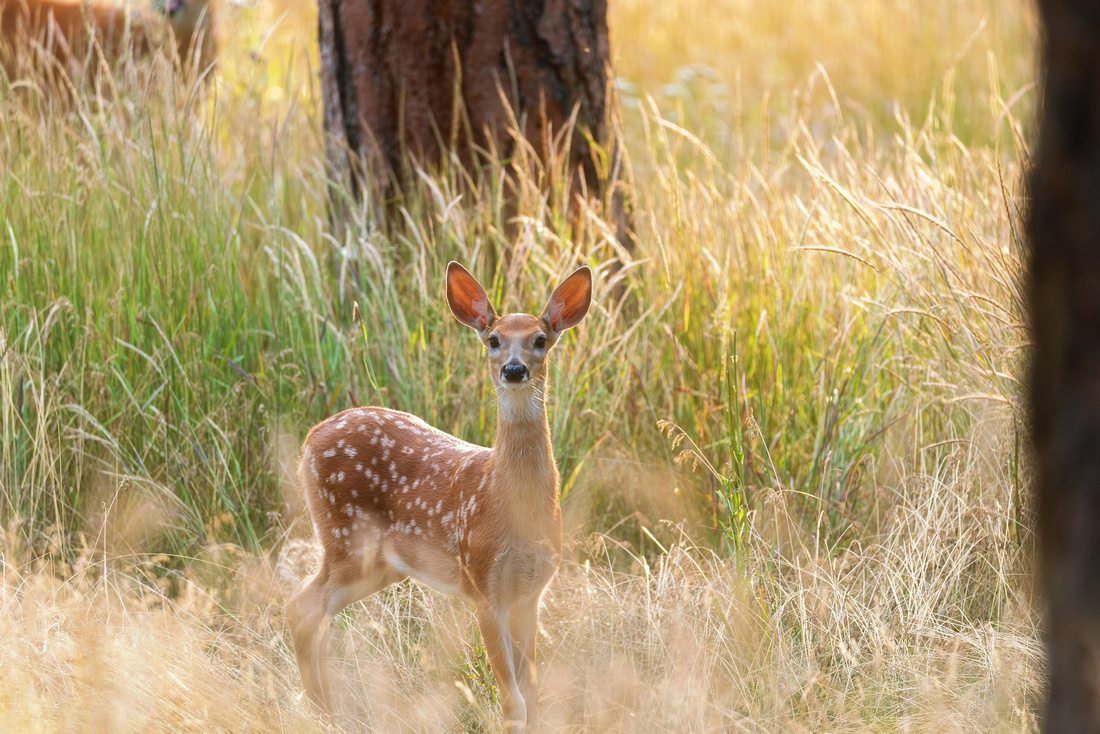 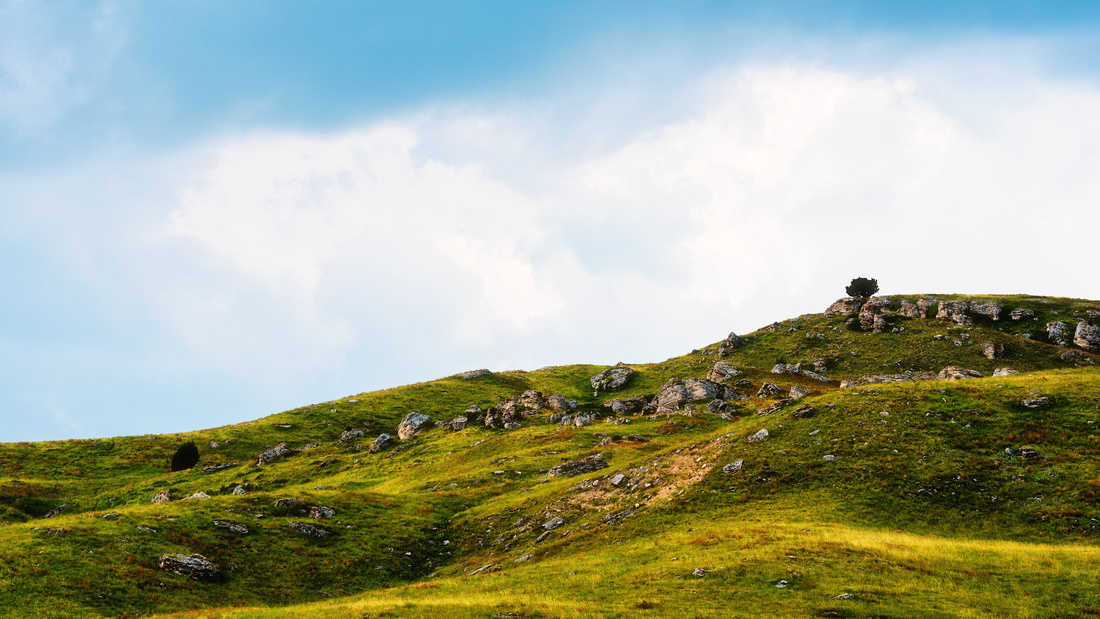 The next morning I drove up to Mount Rushmore.  I was surprised to randomly see it from over 13 miles away!  I pulled out the Tamron 150-600mm and got a quick shot.

Good thing I finally woke up early on the roadtrip.  By 7am I was inside Mount Rushmore National Park.  Pro-tip: If you arrive early enough in the morning (or late enough in the afternoon) you can usually get into the National Parks for free!  However, I already have the Inter-Agency pass, which allows free access to all National Parks and other areas!  (Costs $80) 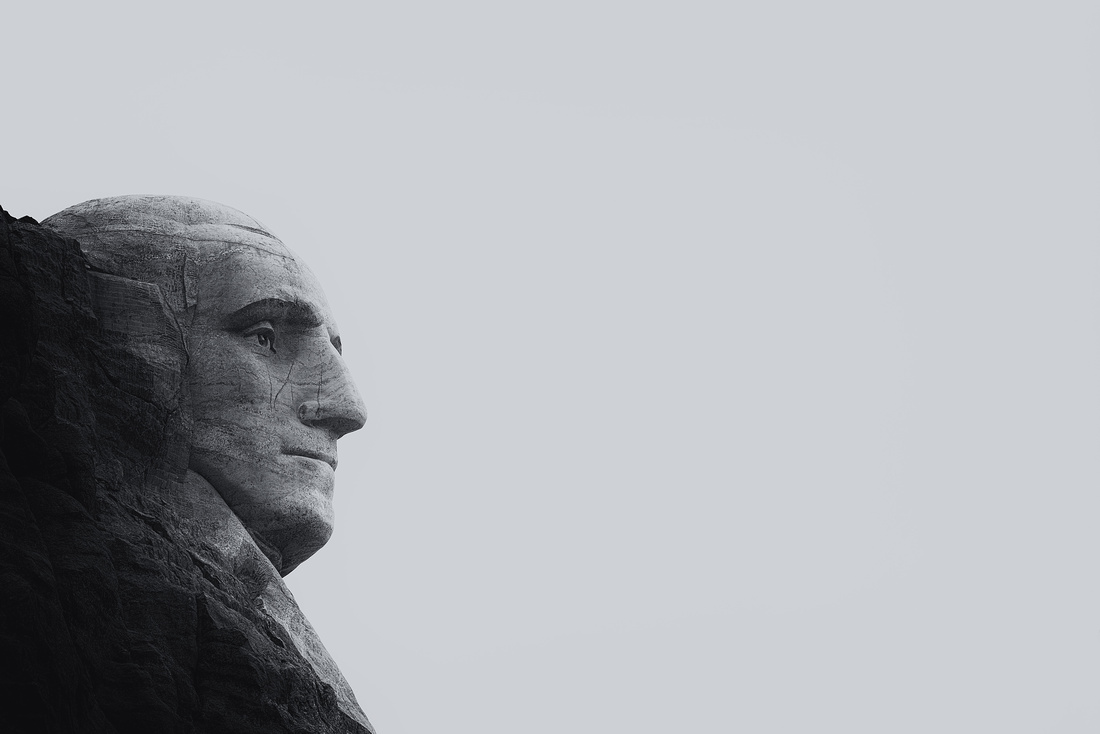 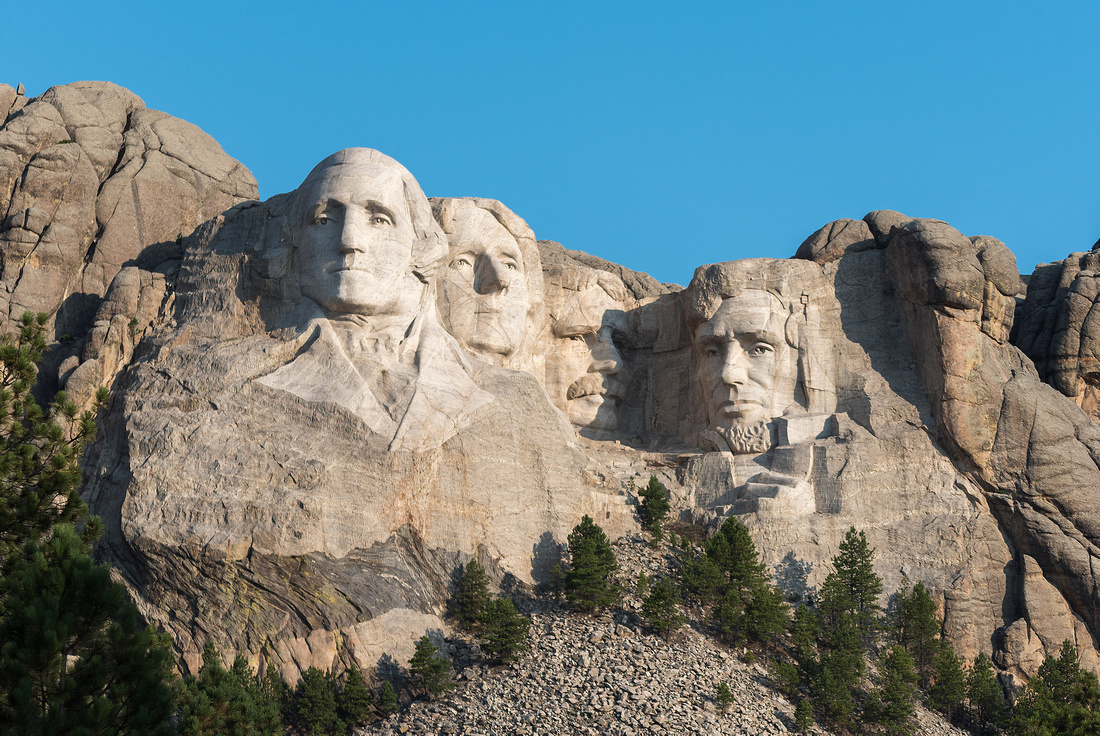 When I'm living on the road, I tend to make libraries my home base for each city.  I can usually fill up my water, charge my phone and laptop, and edit my photos.  I was happy to see Hill City had a quaint library right off Main Street.  The next 6 hours were spent editing photos and writing this blog post.  While I was editing my photos, I overheard the two librarians talking about the upcoming solar eclipse.  Apparently they were trying to buy some eclipse glasses, but the website was down.  Coincidentally, I just happened to have a pack of solar eclipse glasses in my car that I didn't need!  The librarians were so happy to get them.  We started talking, and I mentioned how I was living on the road for the next three months.  The one librarian, Terry, offered to let me stay at her place for the night.  I had originally been planning to camp at a dispersed campsite outside of town.  Turns out, her house was right near there!

The landscape around Hill City is beautiful and rugged, very reminiscent of Estes Park actually.  As I was pulling up to her house in the mountains, a very friendly dog ran up to my car!  I rolled down the window, and he climbed up to say hi!  I was hoping it was Terry's dog...but it was the neighbors.

When I arrived at her house, I met her husband, Bob.  While we were talking about their upcoming trip to Glacier National Park, 4 deer walked up near the cabin.  Clearly they were ready for dinner!  Seeing this reminded me of my friend back home, Robert.  He gets dozens of deer to his house for breakfast, lunch, and dinner!  As the sun began to set, the sky was finally clearing up.  I had wanted to go back to Sylvan Lake and the Needles Highway at night, it looked like the perfect opportunity!

As I was driving up the narrow, winding roads, the sun was bathing the rugged hillsides in soft, orange light.  The valley behind me stretched out for miles, it looked like a painting!  I made it to the Cathedral Peaks trailhead at dusk and headed in for a quick, one mile hike. 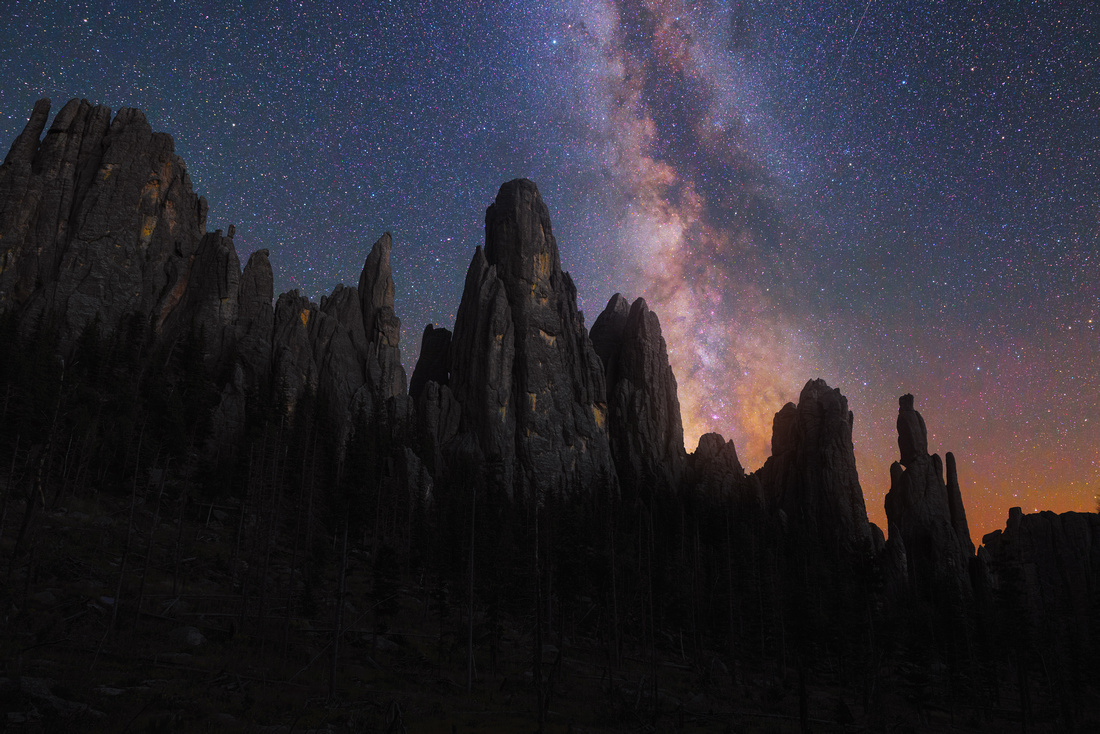 It was a bit creepy up there, all alone.  No noise, no people, quickly fading light.  At one point I thought I saw someone staring down at me from one of the spires.  Turns out it was just a tree.  Feeling out of place, I turned on my headlamp and started the hike back down.  The light created an amazing show!  The ground was covered in quartz crystals, which shimmered below my feet!  It was like walking through the galaxy, with millions of stars shimmering around me.

All I had left to do now was drive back to my new friends' house.  There was no one else on the roads, which was a welcome relief from the hordes of bikers.  I stopped at a few spots for some photos, including the Needle's Eye. 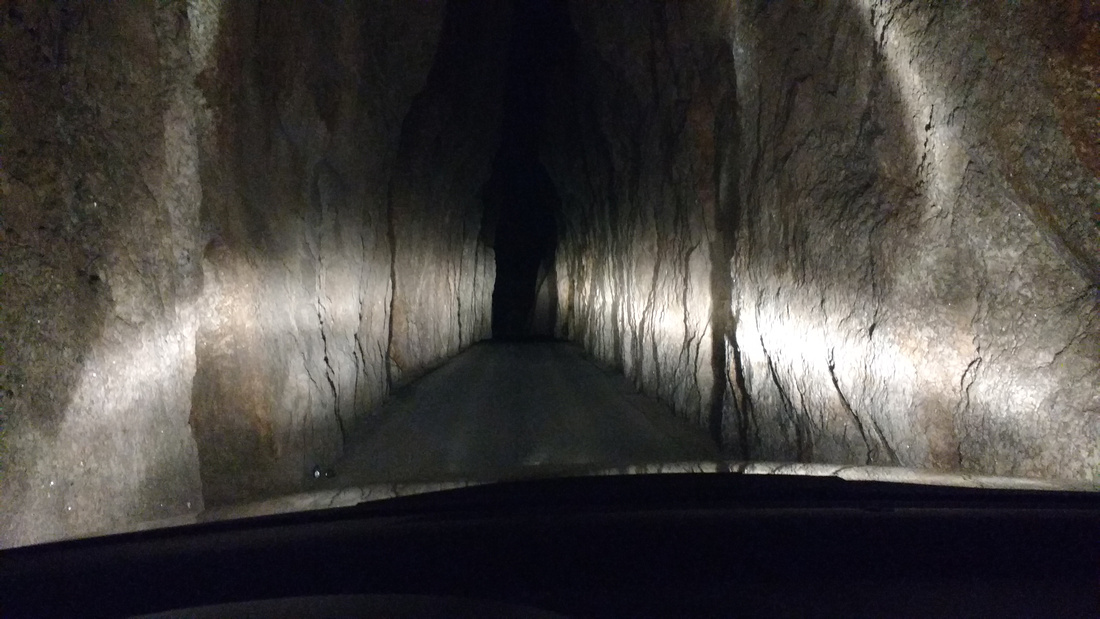 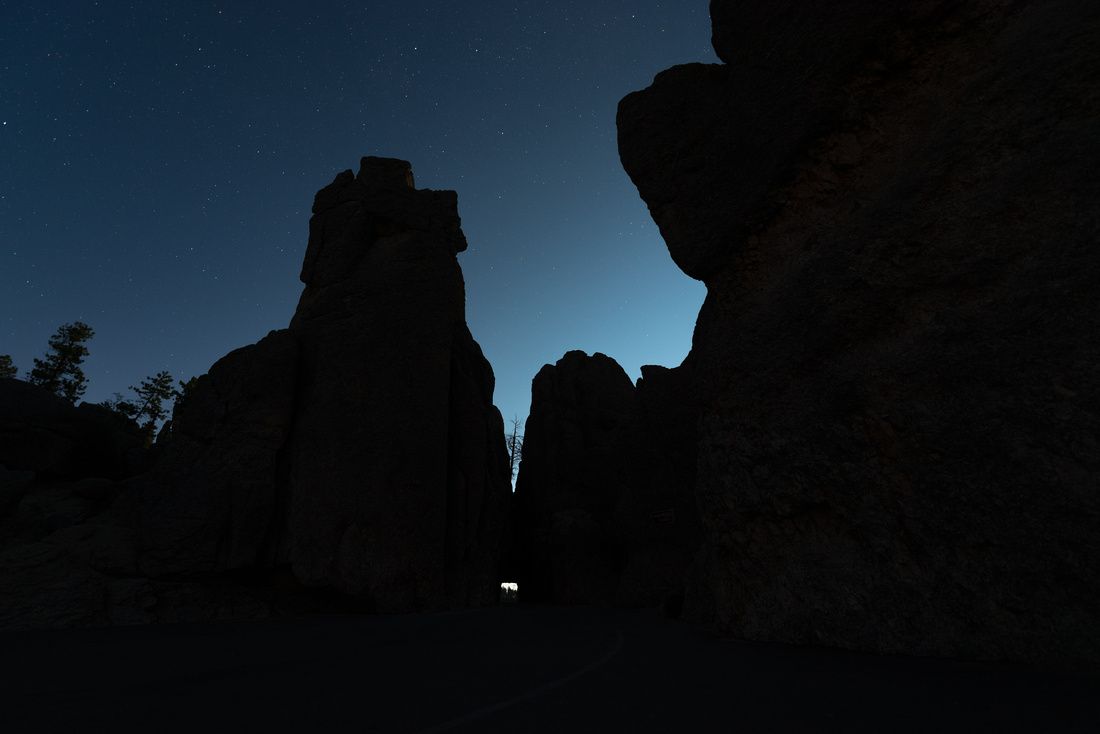 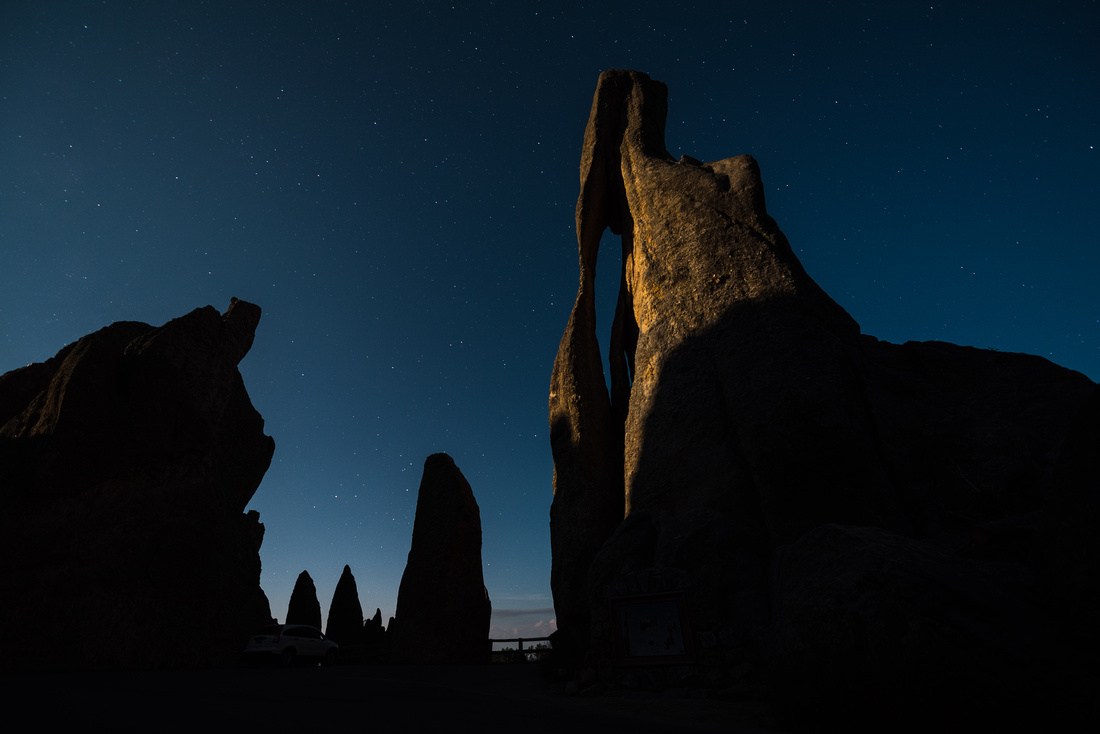 My time in South Dakota is nearing the end, I plan to leave Hill City today and head for Wyoming.  I'll probably head over to Yellowstone first, and then drive down to the Wind River Range for the Solar Eclipse.