These photos were taken straight out of the camera, as RAW images, and converted to JPEG.  No editing has been done.  The camera settings stayed identical between shots, I simply swapped lenses. 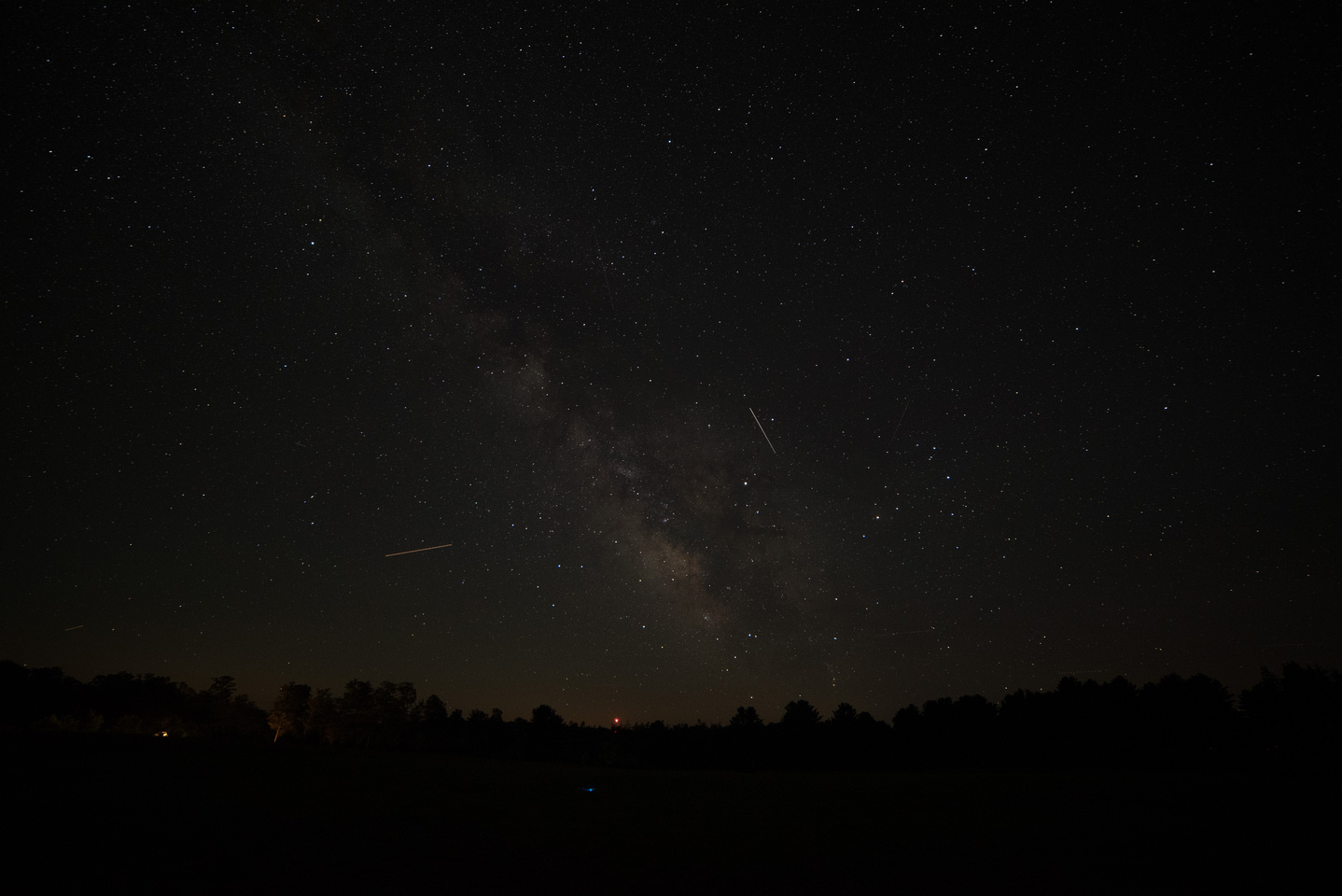 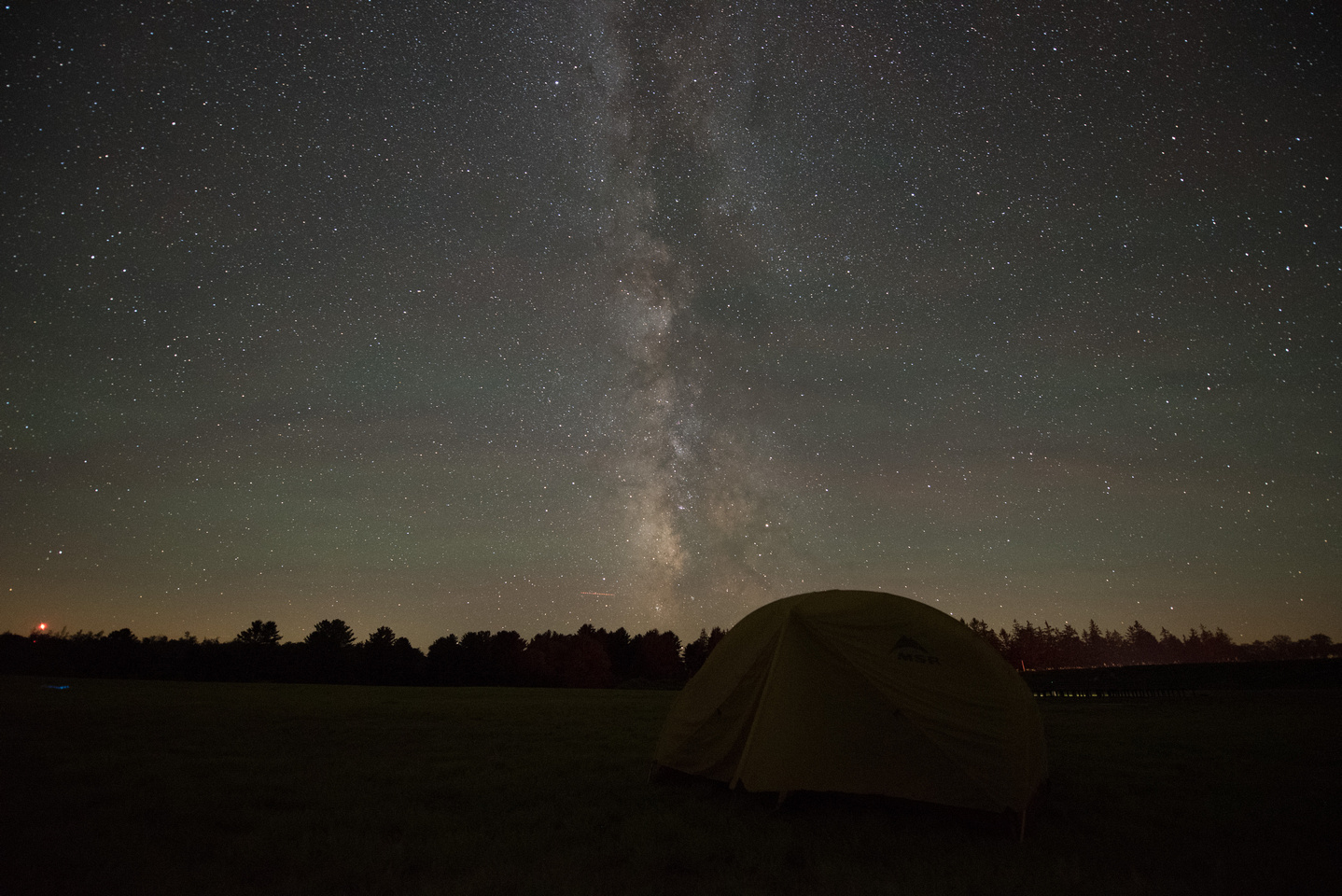 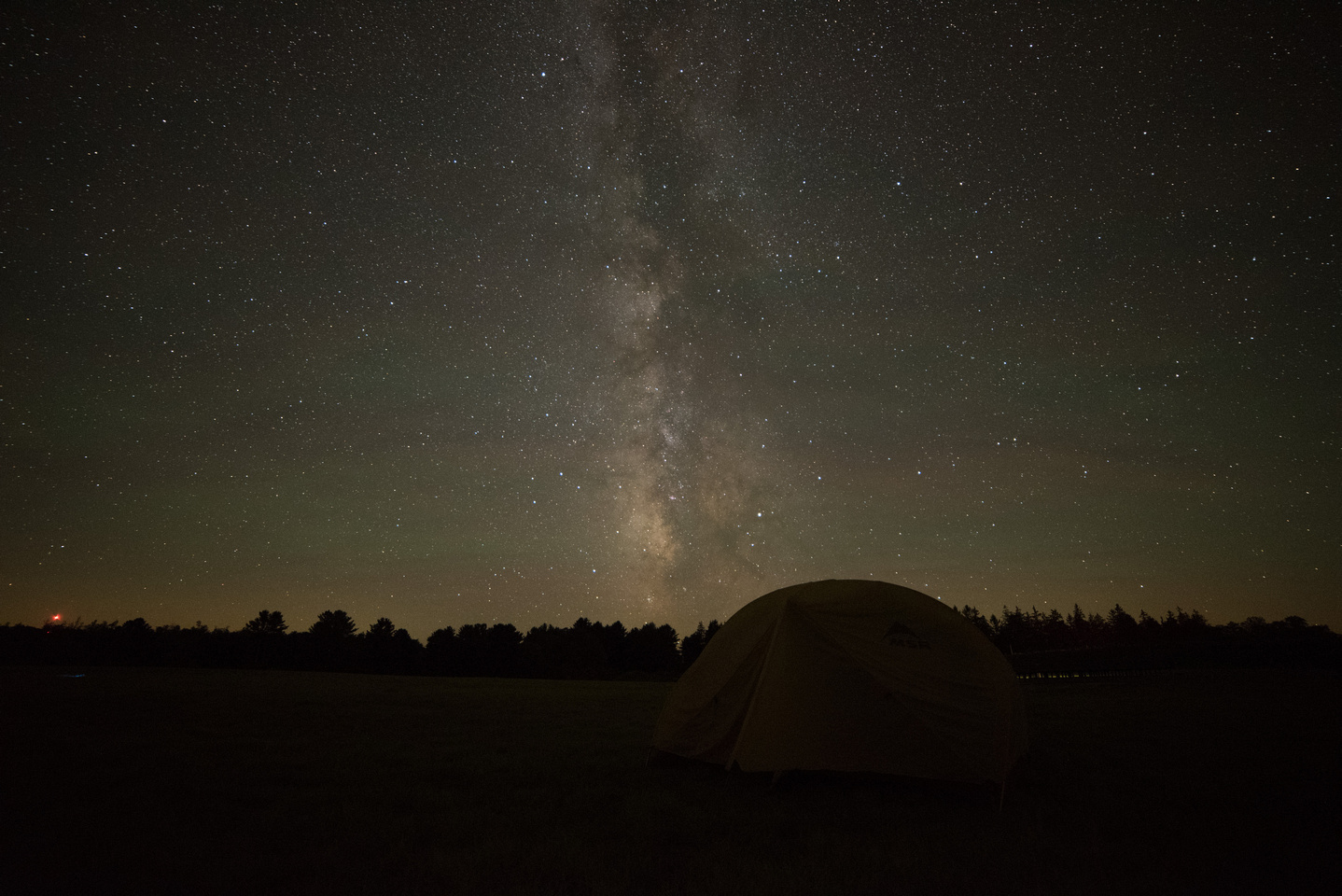 My biggest problem with the Rokinon is the terrible vignette.  In the RAW comparisons, it's hard to tell just how bad it actually is.  For this comparison, I brightened the exposure and increased the saturation to clearly show the vignette on both lenses.  Each photo was edited the exact same in Adobe Camera RAW.

This comparison also clearly shows the difference in color rendering.  The Rokinon has a much warmer color balance.  With that being said, I was easily able to match the colors to the Nikon by adjusting the White Balance in Camera RAW. 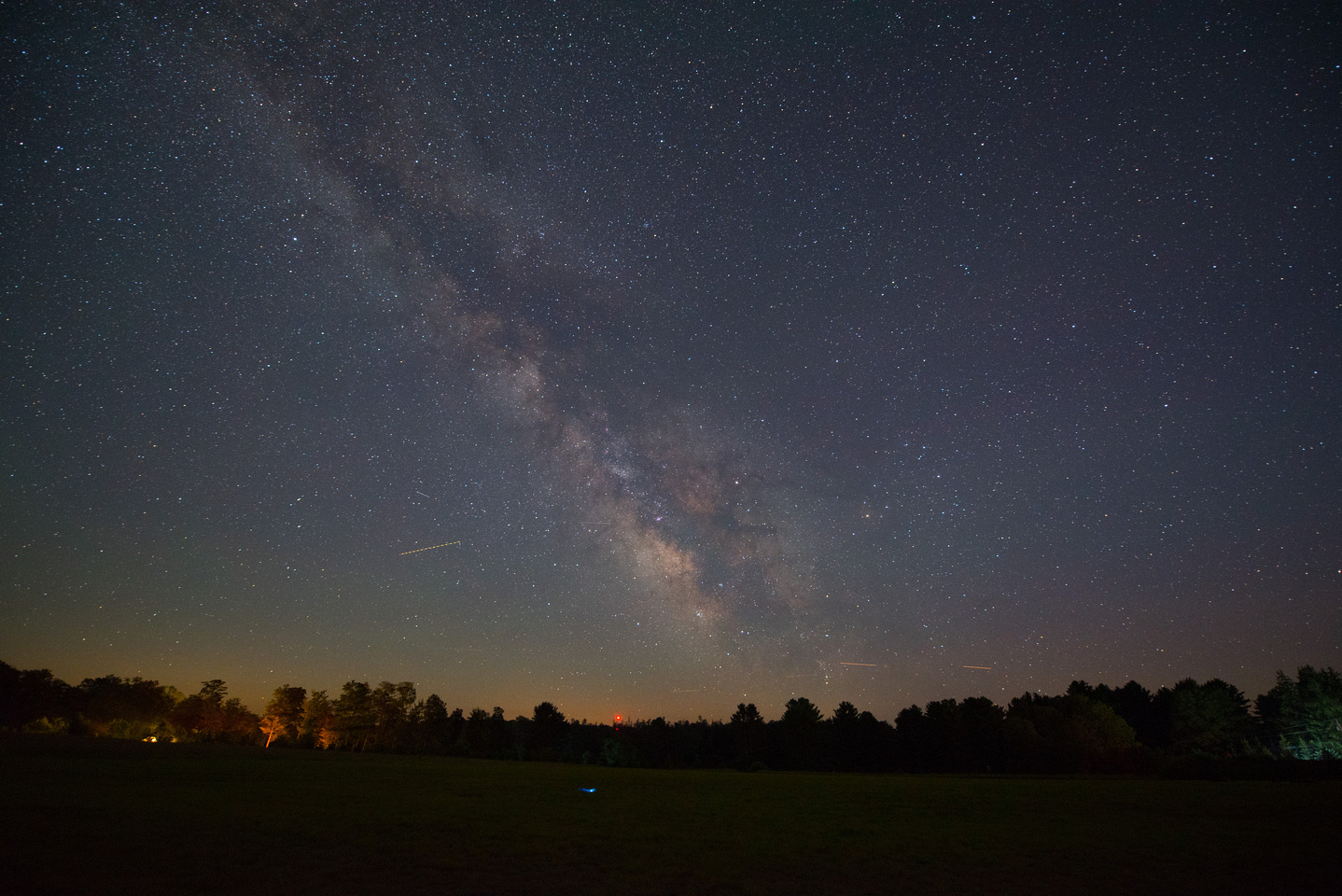 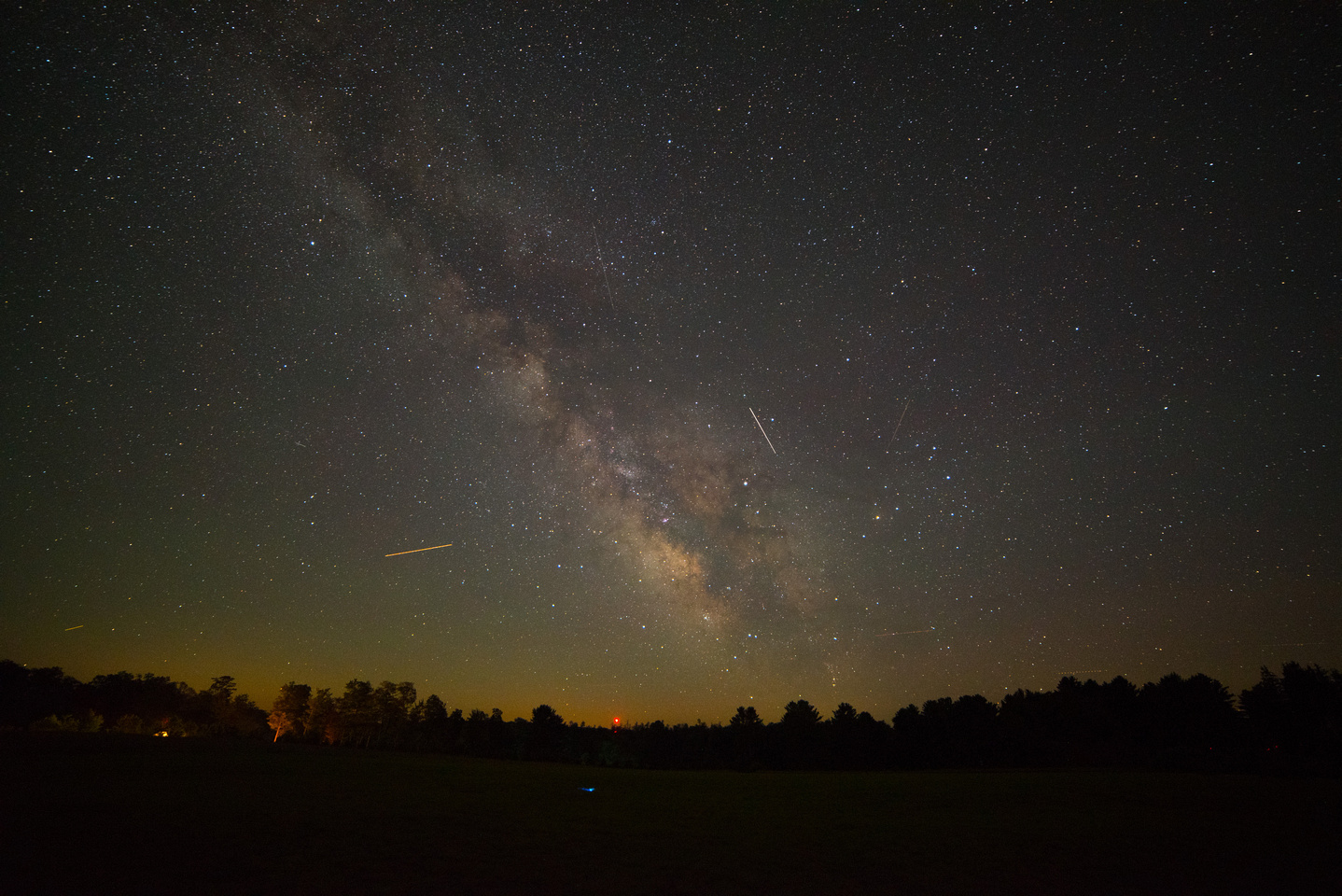 Both lenses perform very well in this test and there's really nothing to worry about.  It is surprising that the cheap Rokinon does such a good job!  However, you may notice that the Rokinon image does look splotchy and grainy.  This is caused by the heavy vignette. 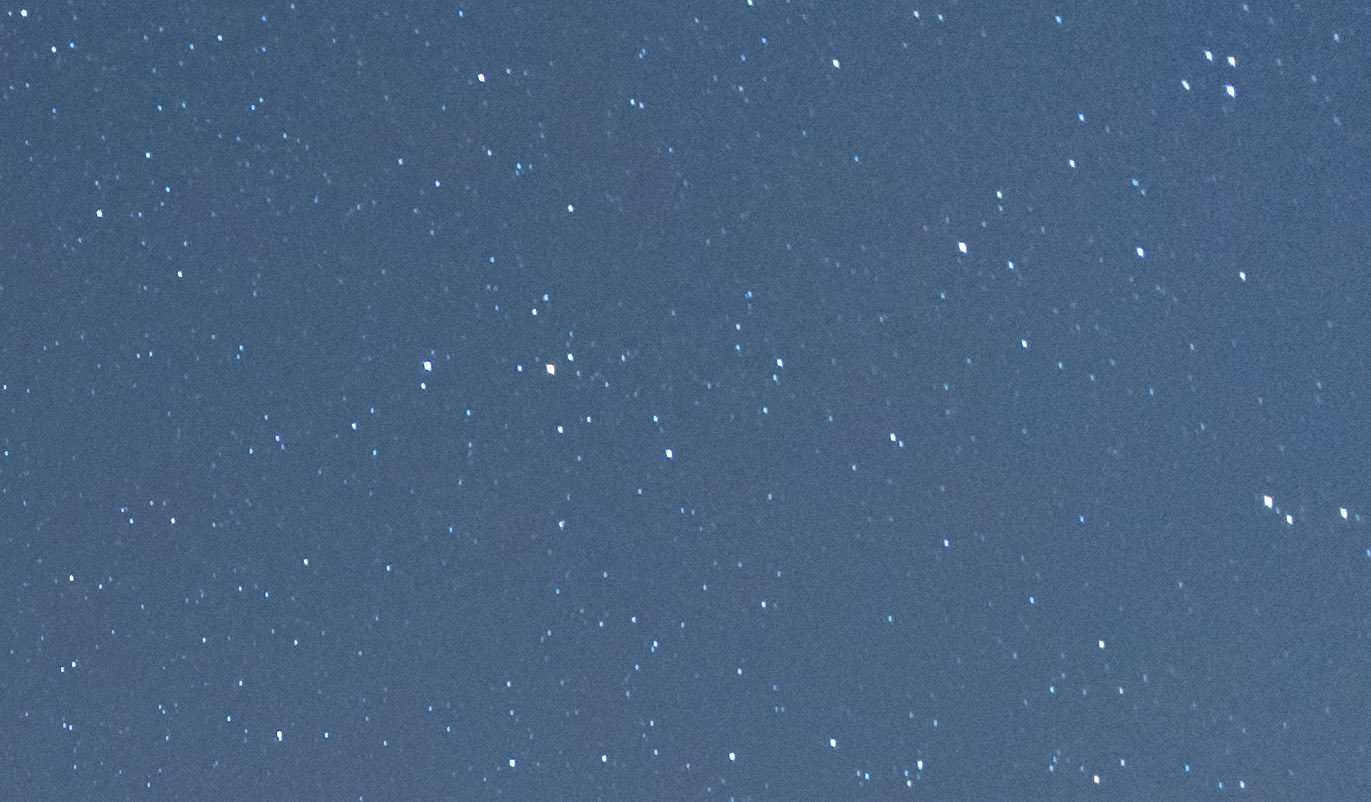 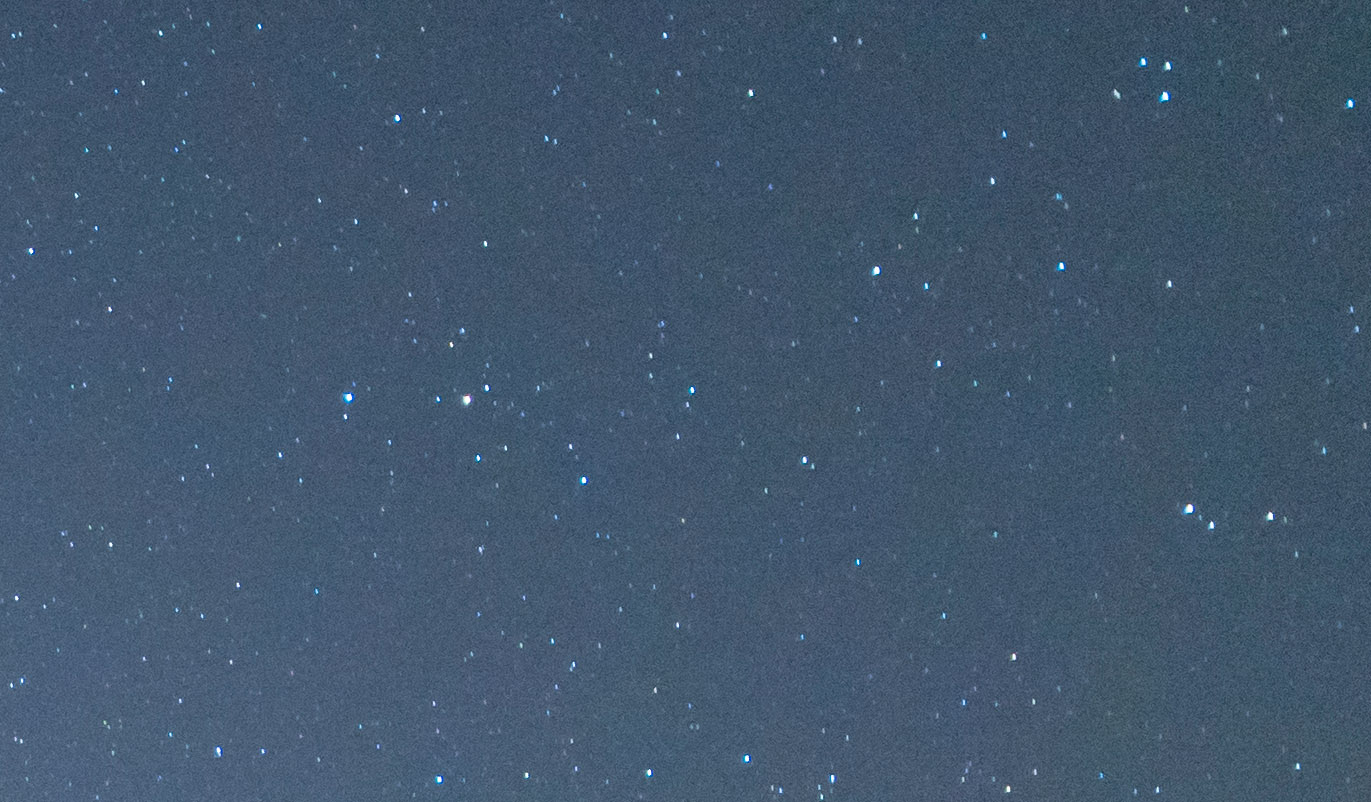 I wanted to see how both images looked after applying identical edits.  I've increased the Exposure, Contrast, Saturation, fixed the Vignette, and raised the Shadows. 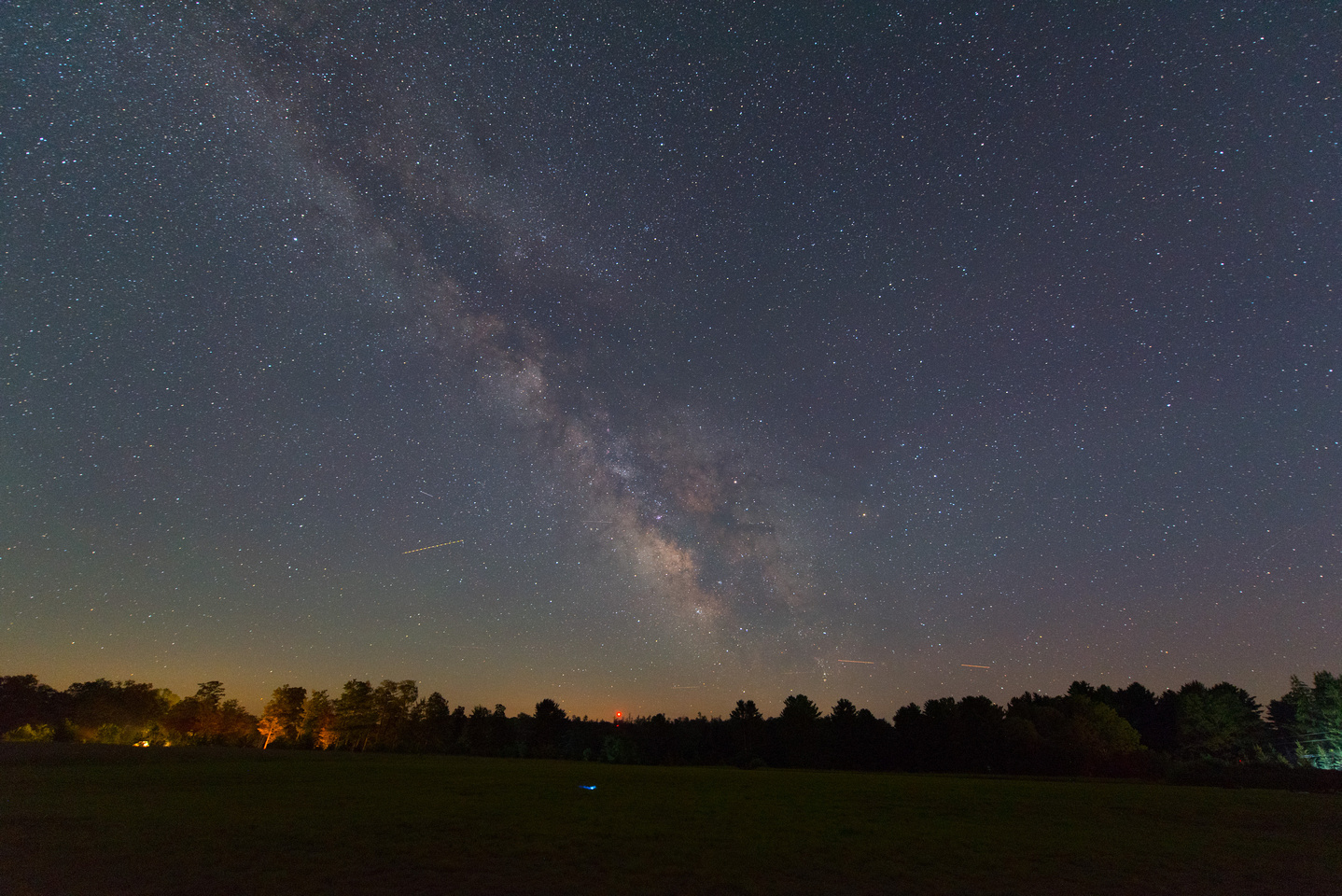 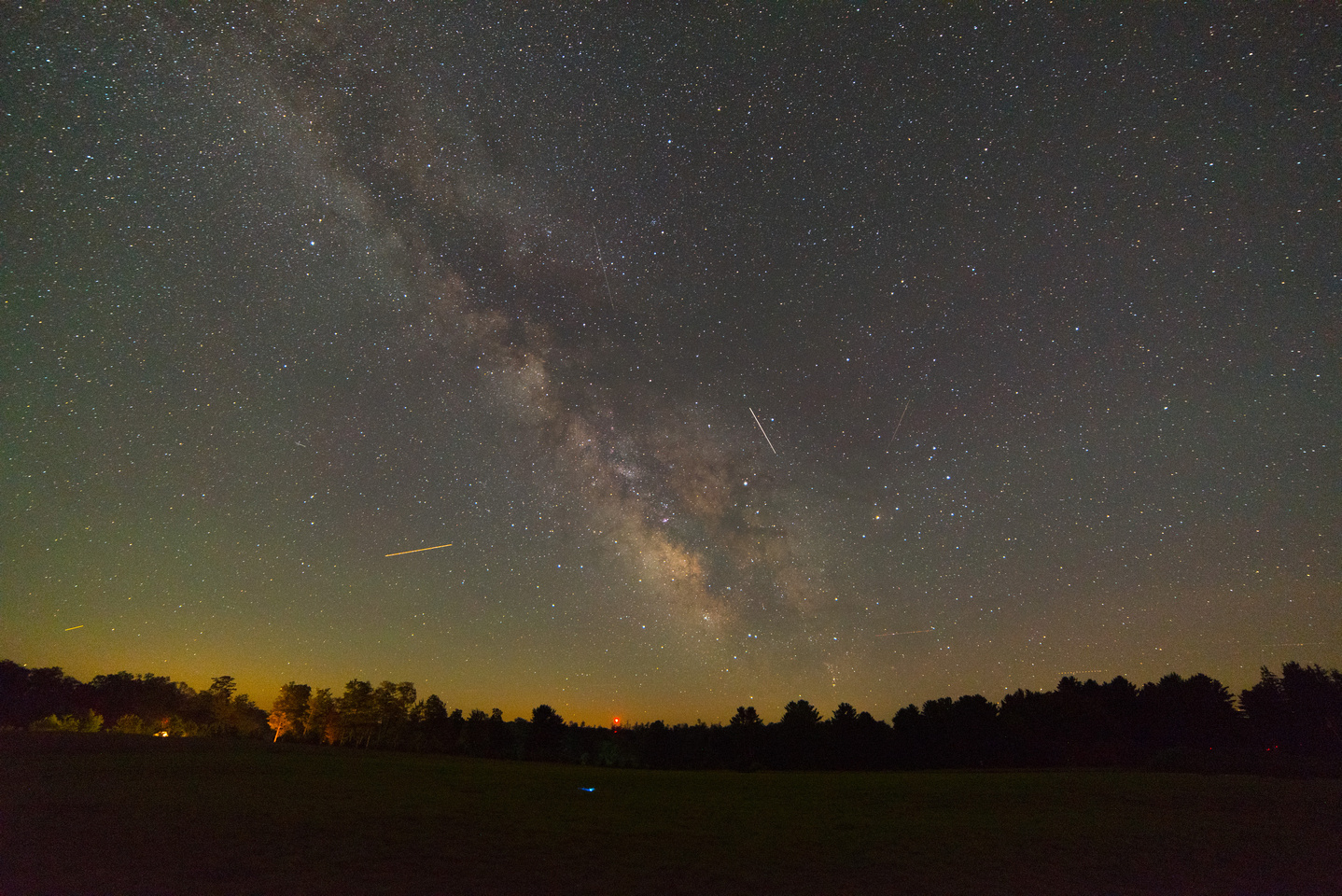 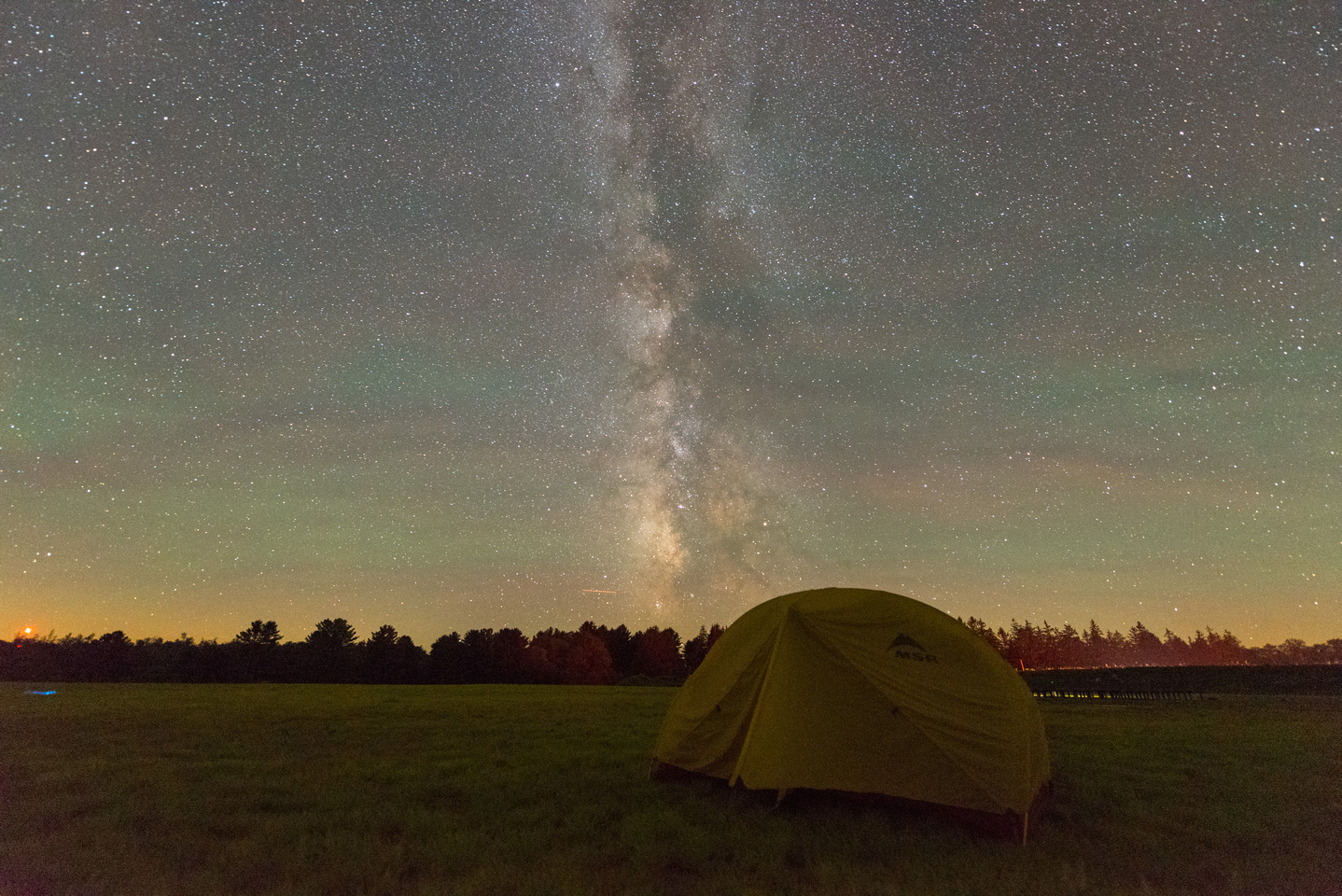 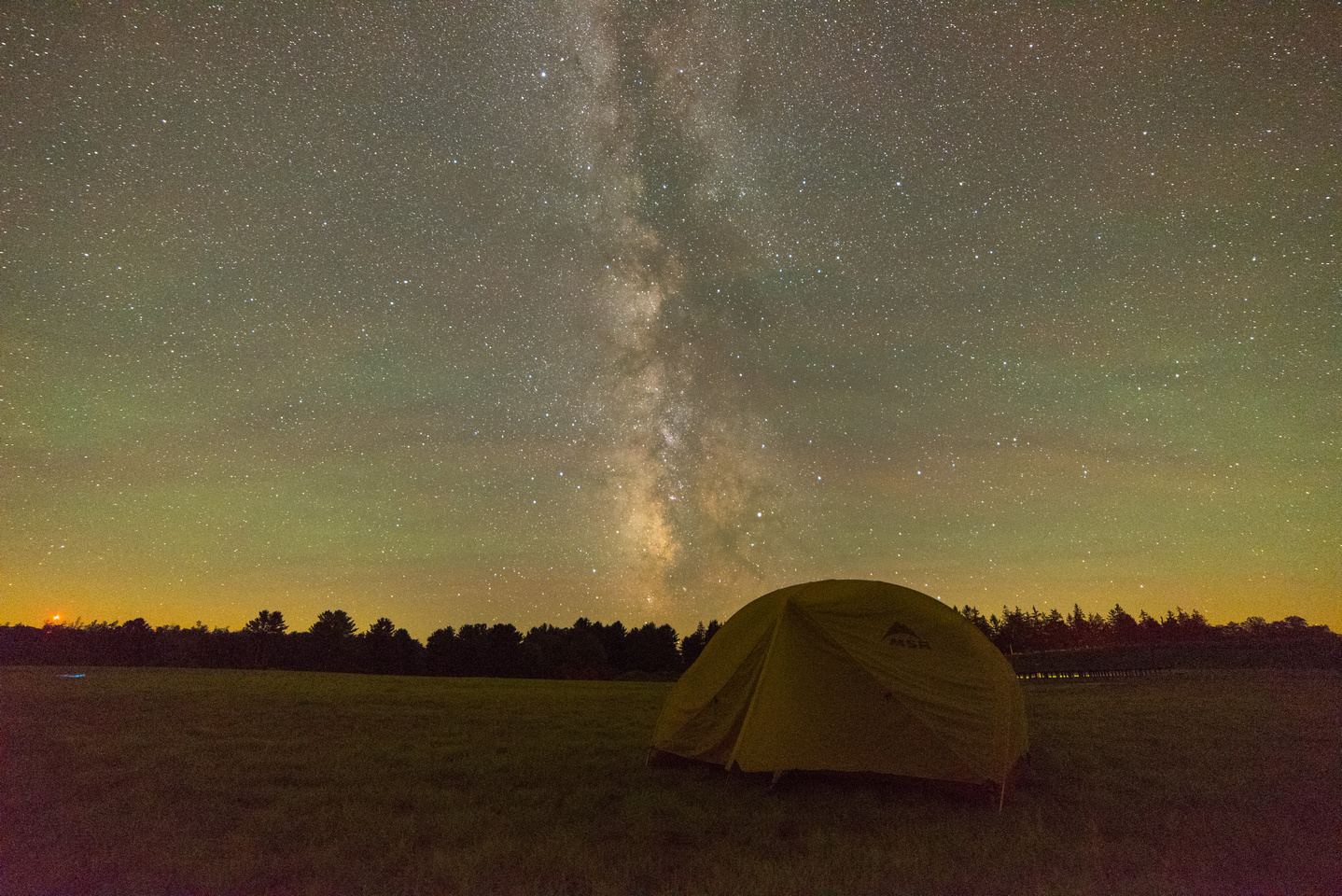 Lastly, I wanted to see if I could make the Rokinon look like the Nikon.  The main trick was to manually remove the vignette on the Rokinon and adjust the White Balance. 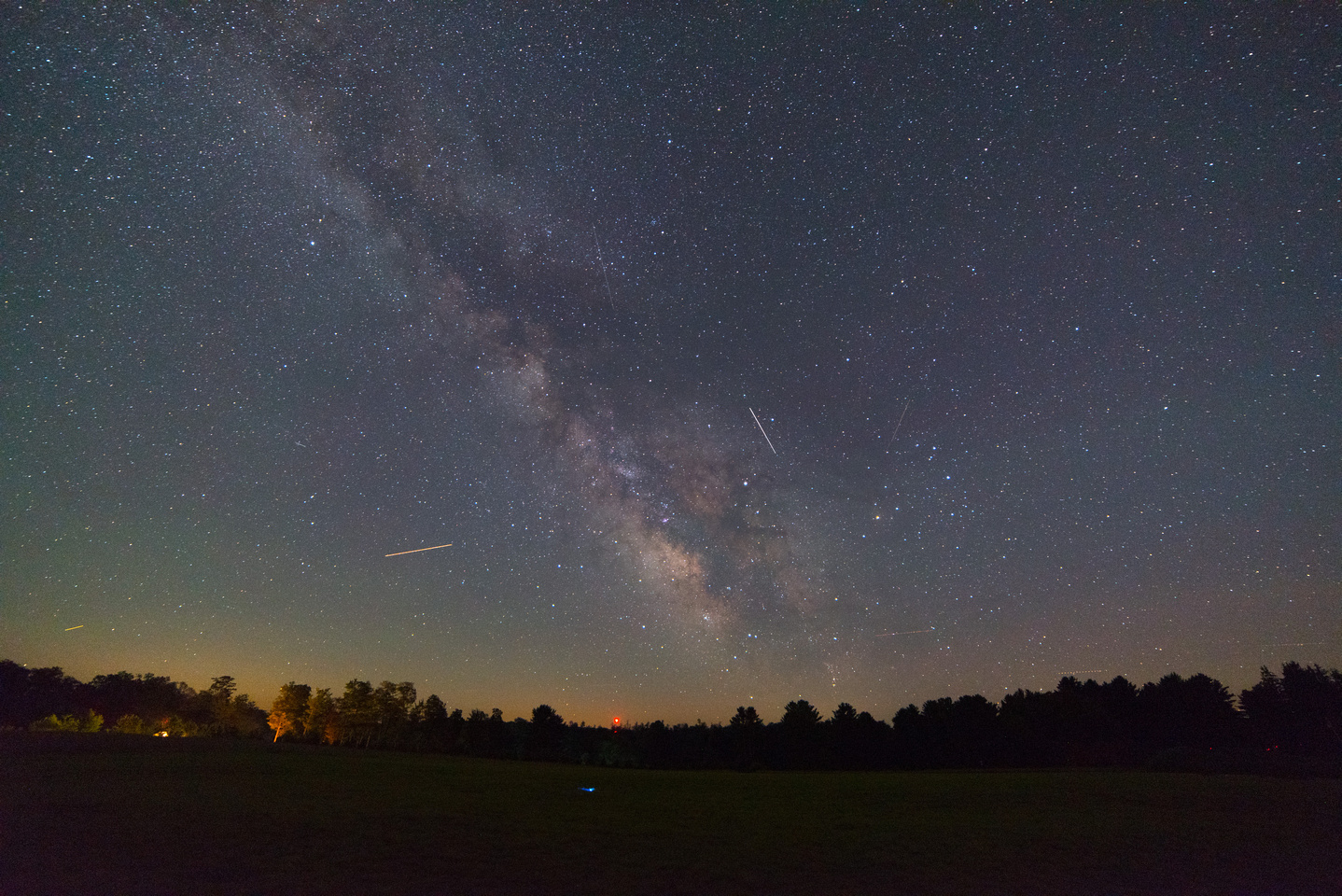 Before I get into the final analysis, you can view the comparison gallery here.  I've enabled downloading, so feel free to get a closer look at the images!

This is where the Rokinon does the worst.  It has an incredibly heavy vignette which drastically darkens the image.  Having used the Rokinon extensively in 2016, I can say that the vignetting can cause a lot of problems for Milky Way photography.  When you have to increase the Exposure so much in post-processing, bad things start to happen.  The vignette is so strong on the Rokinon that it significantly increases the grain in the corners and makes Amp Glow more apparent in my images.  Look back at the edited tent photo comparison.  Notice the purple glow in the corners of the Rokinon image?  That was a nightmare to deal with!!

The Nikon's vignette is easily corrected by the Lens Profile in Adobe Camera RAW.  This is where the Nikon shows a massive quality leap over the Rokinon.

It appears to be a Tie on the Coma performance for both lenses.  Neither lens has any real Coma, Chromatic Aberration, or Astigmatism to worry about.

The Rokinon has an odd Mustache Distortion and the Nikon has a slight Barrel Distortion.  Lightroom / Camera RAW does have a built-in Lens Profile Correction which fixes the distortion on the Nikon, while the Rokinon will have to be fixed manually.  Neither one is really a problem, however you will need to be careful with certain horizons on the Rokinon.  For example, if you are photographing an ocean horizon, it may appeared distorted if placed in the center of the frame.

The colors from the Rokinon are much worse than the Nikon.  However, this is easily corrected when shooting in RAW.  The Rokinon is roughly 500 K warmer, with a -10 Green tint, than the Nikon.

Lets not forget the price as well, for just ~$350 the Rokinon gets great results!  Meanwhile, the Nikon is still going for ~$1,900!

Other things to consider:

In my Milky Way Tutorial I highly recommended the Rokinon 14mm for amateurs and professionals alike, due to it's impressive performance at a reasonable cost.  After this test I still stand by that recommendation.  While the Nikon clearly outperforms the Rokinon, it's also ~$1,550 more!

I would highly recommend you also consider looking into Star Trackers.  A star tracker allows you to shoot much longer than 30 seconds, and still have sharp stars!  I normally shoot for 4 minutes now, which captures a lot more light and leads to dramatically cleaner, and more detailed photos.  A star tracker will also help to negate the heavy vignette of the Rokinon.  You can read a full guide to Star Trackers here.

For those of you in the market for an astrophotography lens, be sure to look into the Tamron 15-30mm too.  It actually outperforms the Nikon 14-24mm lens, and it costs a few hundred less.  Check out my comparison of those two lenses in this blog post.  Finally, don't forget about Sigma's new entries into the wide angle lens market.  They have released a 14mm f/1.8 lens and will be releasing their own 14-24mm f/2.8 soon!